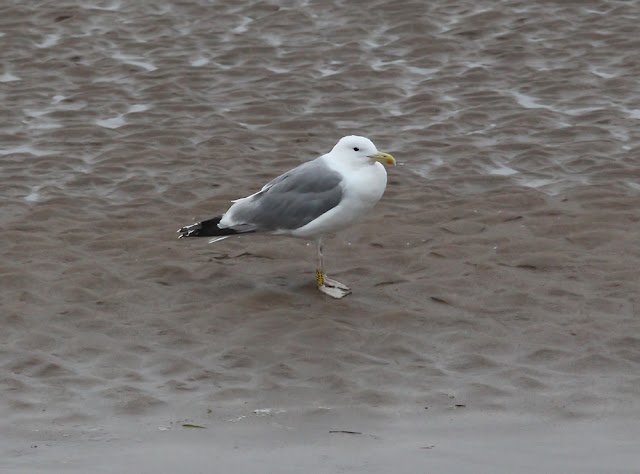 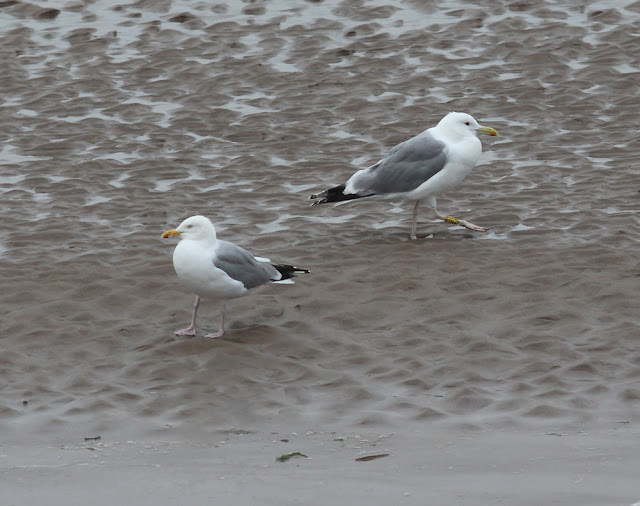 Even I am starting to get a bit bored with gull posts on here, but with out doubt yesterdays highlight was the returning Caspian Gull, now an adult, to Amble Harbour. That alone shows how things are at the minute.

In the bottom photo, the structural differences between the two gulls are quite apparent. The Caspian shows long sloping back, Long , pale lemon bill with dark beady eye. The legs are longer too and not as pink.

I arrived at Warkworth Gut at 6.30am in lovely calm sunshine, but by 7am it was spotting with rain. This soon became heavy and by the time I was viewing from Amble Braid, I was under an umbrella.

Of note around the estuary were 1 Greenshank, 1 Common Sandpiper, 40+ Dunlin, 1 Turnstone, 7 Little Egrets ( inc 6 together in a dead tree) and a party of 4 Shoveler, a scarce bird on this patch, circling around the Old Water reed bed before moving off towards Alnmouth.

I headed back home at 10am, rained off.

The sun came out later as I did last nights moth trap, so here are a couple to be going on with...