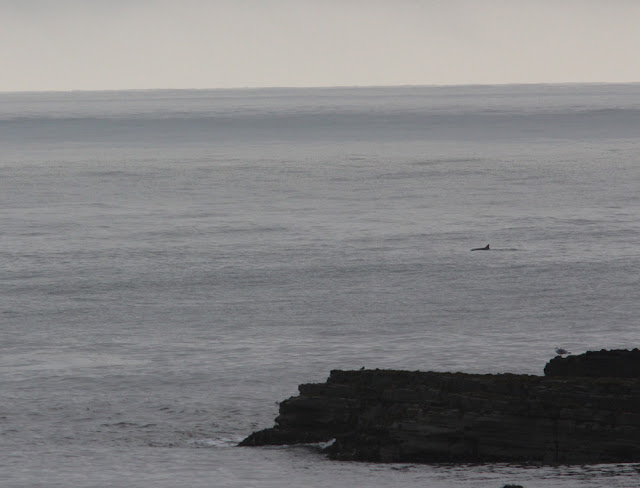 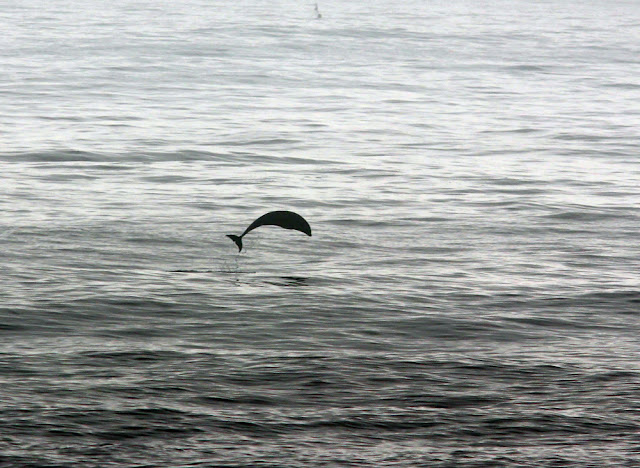 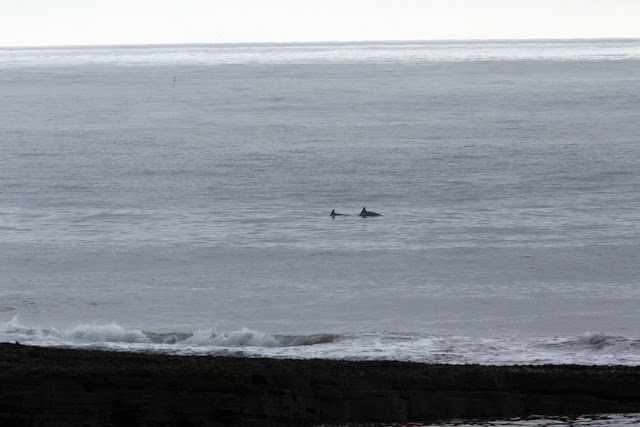 Since my last post I have managed to get in a few short seawatch sessions at Craster at the north end of my patch. There are a few common species I can add to my year list if I persevere and am blessed with a little luck. My very reasonable targets were - Common Tern ( I've had Sandwich, Arctic, Little and Roseate!), Dunlin ( I live 300 mtrs from the sea yet this is a tricky species to get here due to the rocky coastline) and Arctic Skua.

You've guessed it. I am still waiting for them. Truth is I have managed a few Manx Shearwaters, lots of Puffins, odd flocks of Common Scoter, 10+ Turnstone in breeding plumage, 2-3 Whimbrel, 40+ Arctic Tern and a pod of 12 or so Bottle-nosed Dolphins.

Now many of you with landlocked patches will be salivating at these records ( especially the dolphins!) but really there is nothing there to get the pulse going. There were Gannets, Kitti's and Fulmars too, but they rarely make it into the notebook in summer or autumn unless there is some remarkable passage taking place.

I wont despair though, dolphins are always nice to see, even through fog (photoshop has removed this from the pics) and it wont be long before something of patch interest flies into view over the waves. After all its just the start of the seawatch season...

I can offer you a couple of common terns seen over the River Trent here, 50 miles inland!

From landlocked Warwickshire the dolphins are a real treat to see :) Brought back memories of seeing them on a boat trip on the Moray Firth!

Hi Both, I have finally added Common Tern last of the five species of sea terns here! Dolphins have been having a good year on our coastline this year...