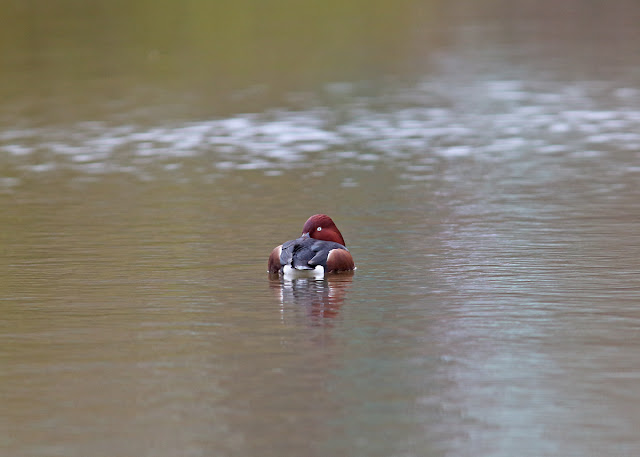 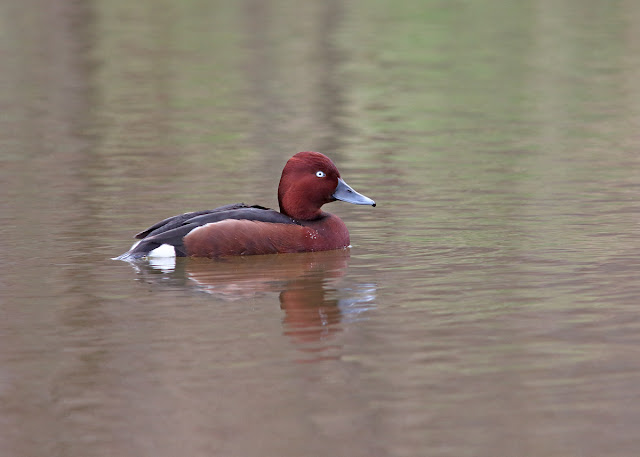 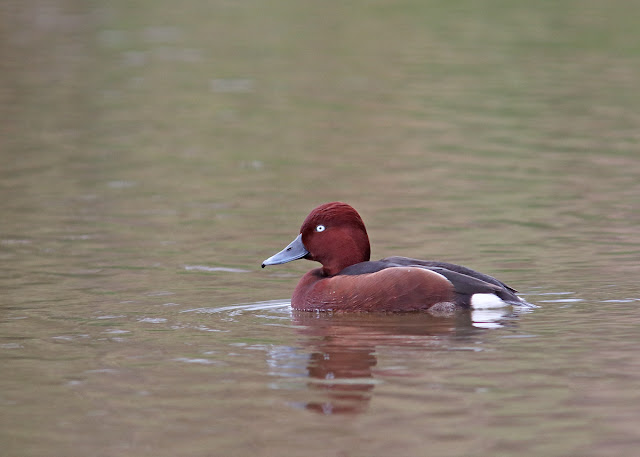 ...is the only way to describe the weather this weekend. I even managed to see my first butterflies of the year too. On Saturday, a Peacock narrowly escaped the foot of a sniffing terrier in the garden, but a Comma, looking tired after hibernation was more approachable. A Small Tortoiseshell on Sunday was the last of a very welcome trio.

Two Dark edged Bee-Flies added to the insect interest, including only my second in the garden.

On the bird front, a drake Ring necked Duck caused some excitement for the young or newer birders in the county, being the first here since 2010. We used to see them quite regularly in the 80's / 90's with long staying birds touring a lot of sites. This bird is favouring Hauxley Nature Reserve ( closed until special weekend opening times) with an odd excursion down to East Chevington. 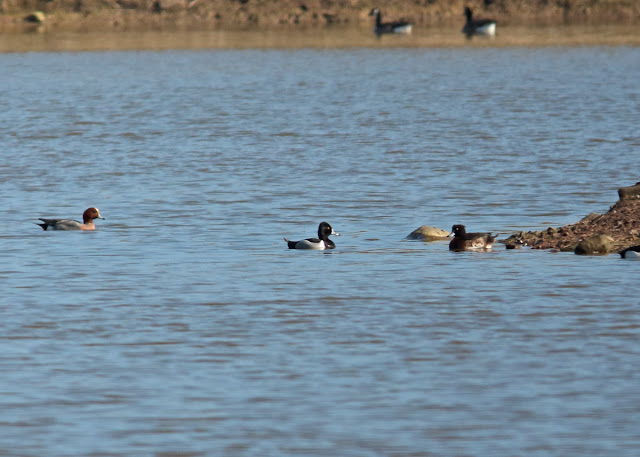 We dipped it at the latter site, where the wintering Shorelarks and Twite, 16+ Scaup and 60+ Goldeneye were the main attraction, luckily we caught up with the dapper yank later on at Hauxley NWT. 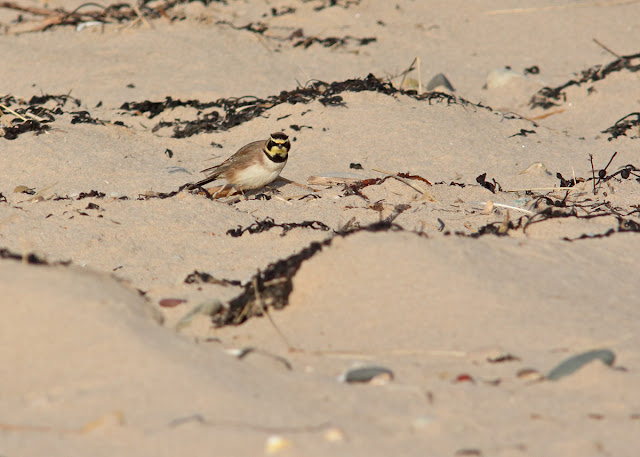 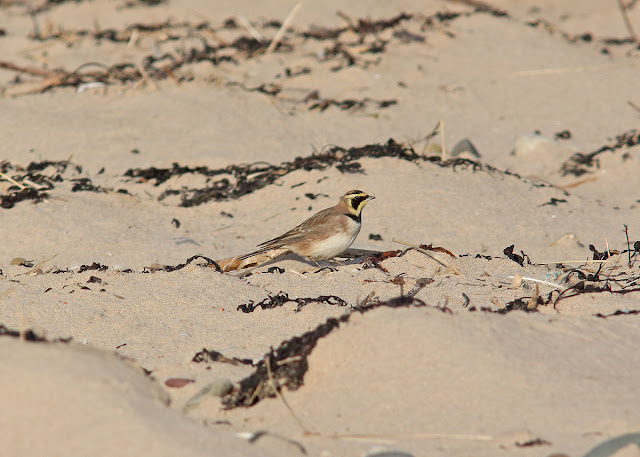 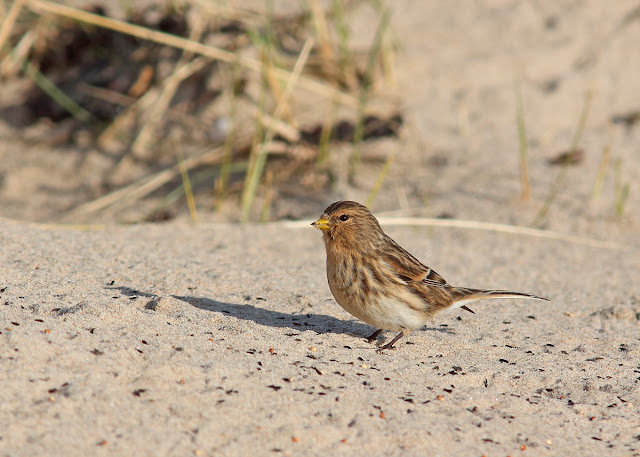 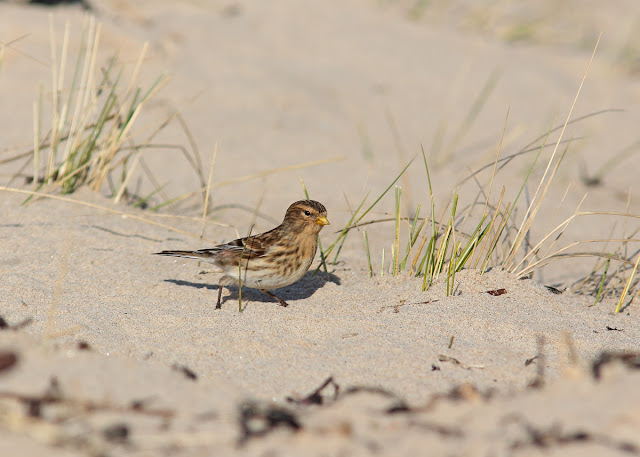 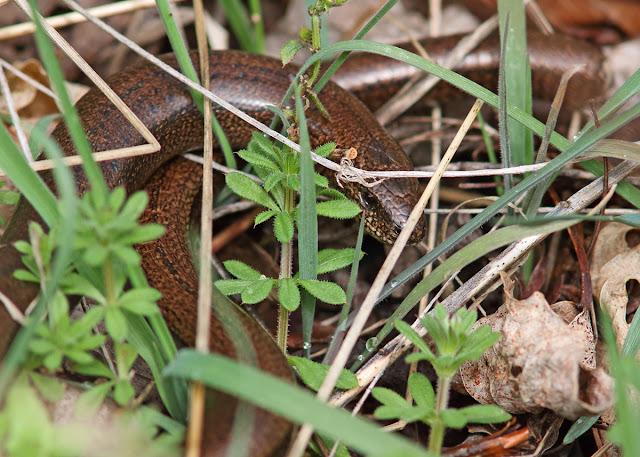 On Sunday we had a trip across to Branton Pits, with the intention of checking some forest areas for Goshawks, but in the end, we just drank tea, chatted with other friends and paid our annual respects to the local reptiles. Along the usual spots were 13 Adders including a tiny juvenile or neonate and 3 Slow Worms. I was particularly please with these as they are my first in the county.

Last night was a decent moth night with 63 moths of 10 species caught. March Moth, Diurnea fagella and this Pine Beauty were all new for the year.

Today I was on a holiday ( using them up before April) when news came through that ADMc had found a fleeting male Black throated Thrush near the wintering Great Grey Shrike at Prestwick Carr. He had watched it fly off strongly south but it was luckily relocated by local birder Peter Fletcher where the lads on site, or local enough to be there in 20 minutes, managed to connect. Unfortunately, I had driven 27 of the 30 miles from home only to be greeted with the news that it had flown again, this time off the edge of the map and on to the 'no mans land' that is the local golf course, never to be seen again.

Never mind, these flighty thrushes are sent to try our patience. After last Autumn's Whites Thrush on Holy Island and the Wacky Races style twitch from work, I try not to be greedy! 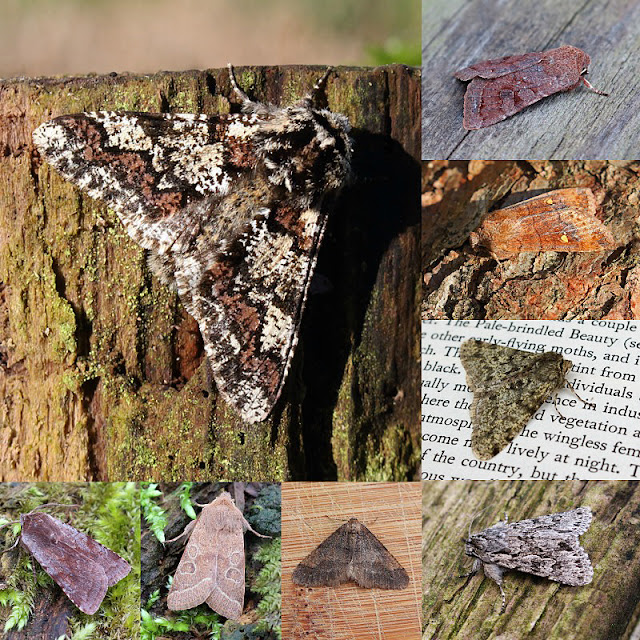 This last week has been quite mild up here resulting in a nice kick start to the proper mothing season.

Here is a list of all the moths caught in my garden so far this year...

Pipits on the beach.

A day off work using up annual leave, so as it was a nice day, I popped down to Seaton Point to scan the pipits on the bank of rotting seaweed. There were at least 30 birds present, but were mostly flighty so impossible to get an accurate number. I plonked myself down and started snapping away. This is what I found...


The majority of birds present were Scandinavian Rock Pipits, Anthus spinoletta littoralis. They were in varying states of moult though none were advanced enough to show the very pinky breast and clean grey head. 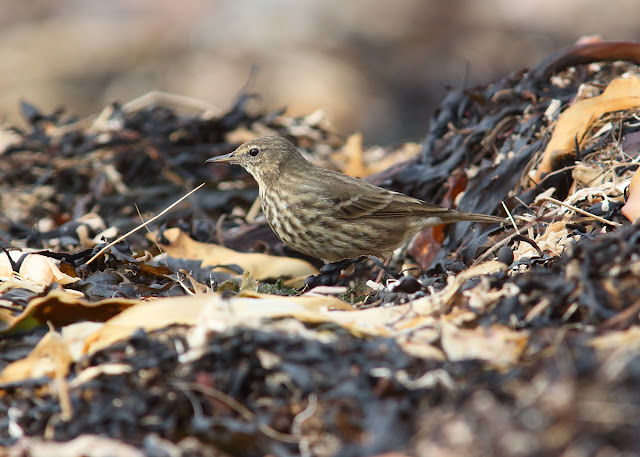 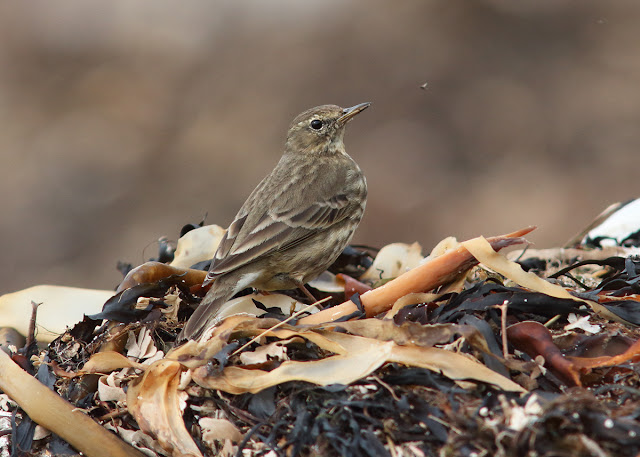 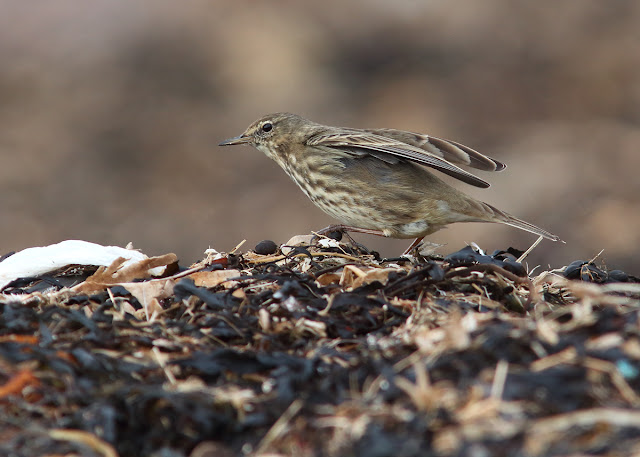 The ones above, look more like British Rock Pipit, Anthus spinoletta petrosus but could possibly be littoralis too. 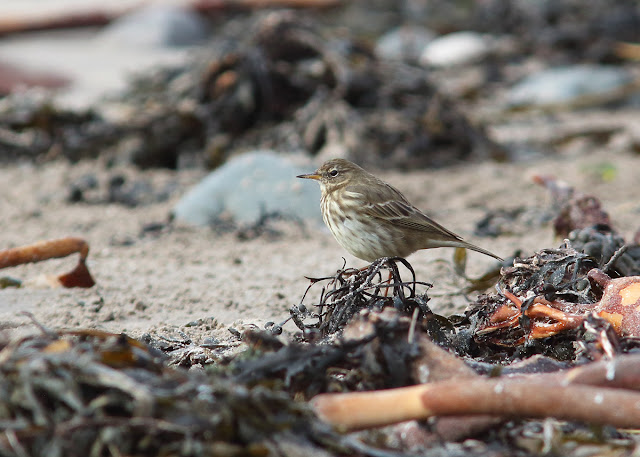 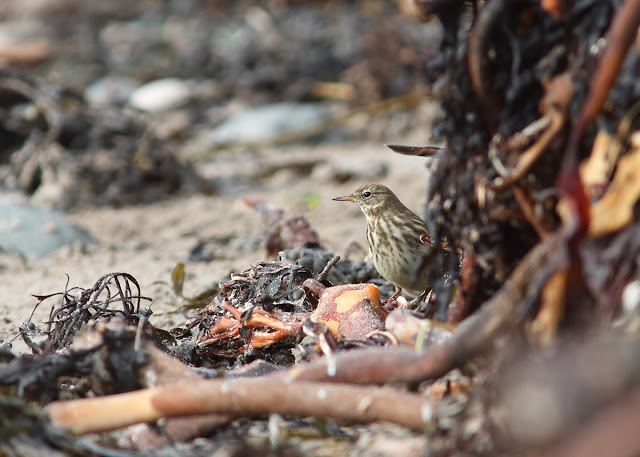 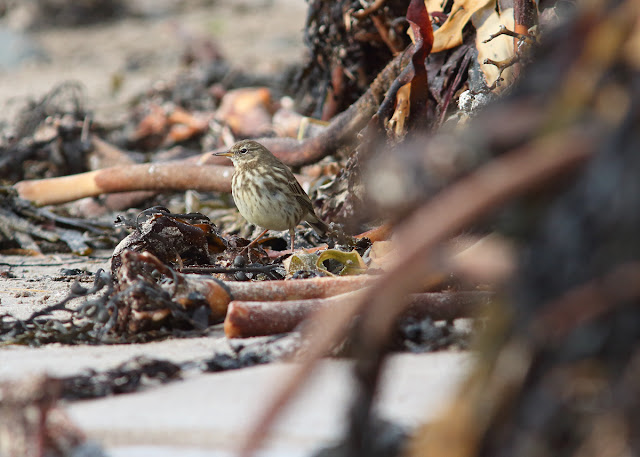 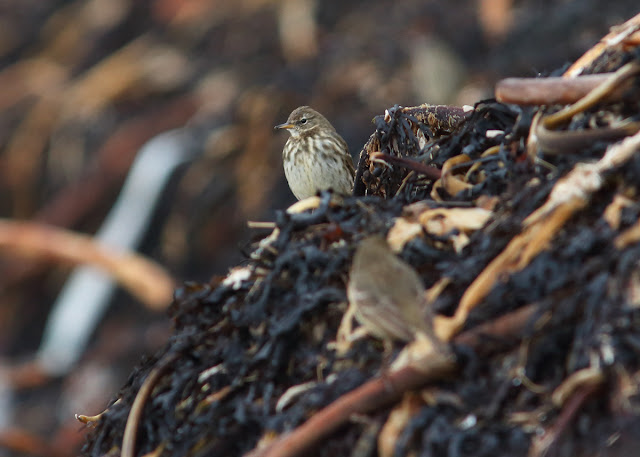 The four images above are all of the same bird, Water Pipit, Anthus spinoletta spinoletta. This might be the bird we had here before Christmas? It shows a lot of yellow on the bill, pinkish legs and a very clean white under parts. There is the large dark malar patch ( side of neck) and pale brownish grey upper parts.

Then we have these - 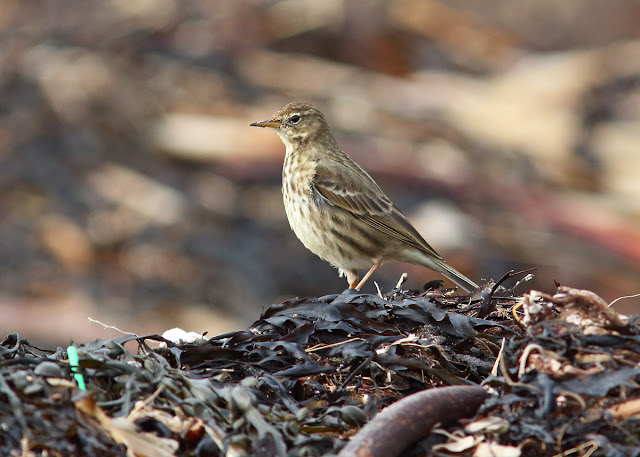 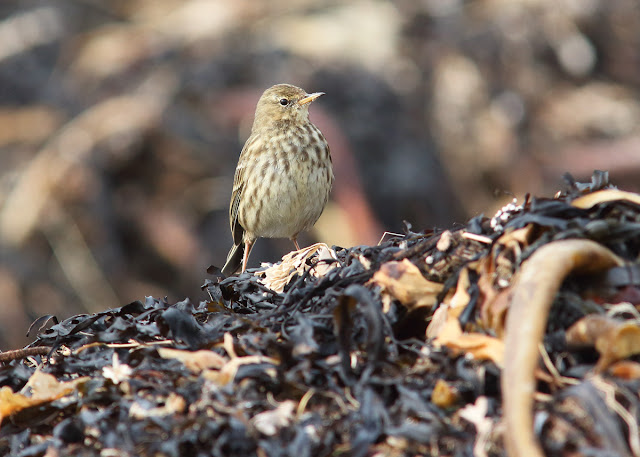 The two above are of the same individual. It has that sandy brown, meadow pipit look to it with a lot of yellow in the bill. Could it be a second Water Pipit? Its scruffy appearance probably means its another moulting littoralis... 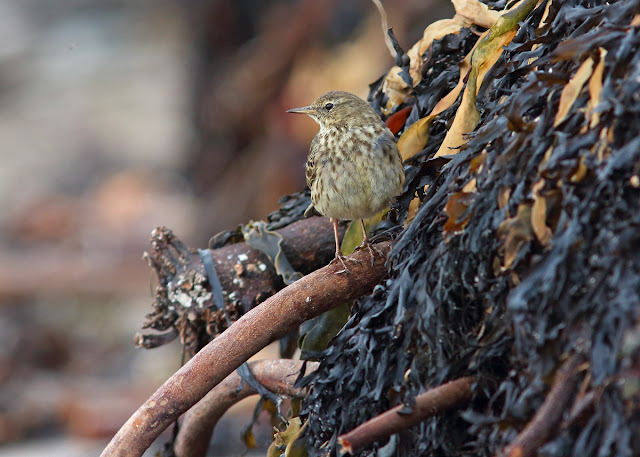 And this thing, I have no idea...Its a Rock Pipit.

Maybe the whole lot are just Rock Pipits? This is just my interpretation of them. The sooner these are all lumped back to one species the better!
Posted by Stewart at 8:00 pm No comments: 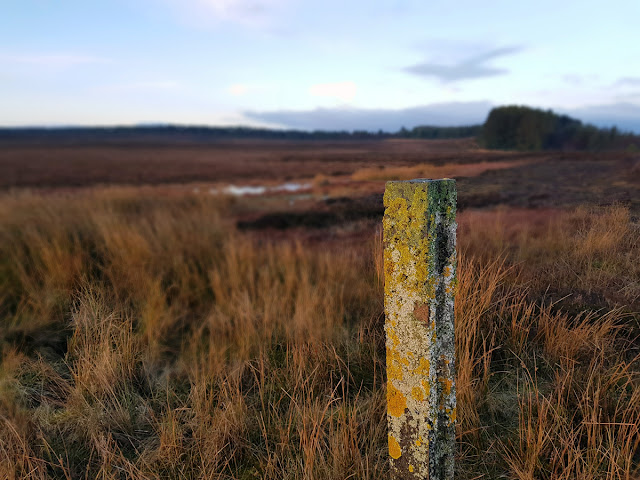 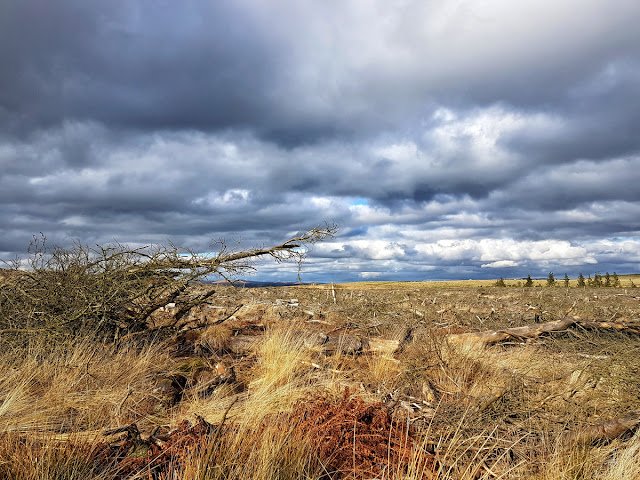