Time flies at this time of year. Its been nearly two weeks since I posted about the Chiffchaff, so here is a little update of what I have been seeing since then.

On the 19th it was a very mild 15 degrees so the moth trap was put out. I was pleased to catch my earliest ever Hebrew Character as well as a Chestnut. A Red Squirrel dashed across the road at our lane end, the first I've seen here for a little while.

The 23rd brought an early Christmas present when a nice Merlin dashed past me while I walked Bunty. It perched up on a fence a couple of hundred yards away giving good binocular views. This brings the patch year list to a round 150 species.

On 24th a hint of de ja vu came when a Peregrine over flew the exact same flight line as yesterdays Merlin. A Barn Owl hunted for half an hour outside our kitchen window and 2 Bramblings were with 100+ Chaffinches in the rectory stubble field.

No white Christmas this year though and on the big day only a lone Siskin and 8 Pink feet flying south made it into the notebook.

Last night while returning home from visiting the 24 hour long rain deluge had finally stopped leaving us with seriously flooded roads. No sooner had the rain abated the owls came out, with a nice Long eared Owl sitting on a hedge lit by the car headlights, then a Barn Owl near home sitting the same way.

Thats us up to date. Today I popped out to see John at Warkworth for a wander around the estuary area. Apart from the usual crack, it was uneventful bird-wise until a group of 19+ Twite flew in to the salt marsh. This was a regular traditional site for them some years ago but now they seem to prefer the Druridge Bay links.

Back home, 20 Siskins and a Lesser Redpoll fed in alders, while 7 Stock Doves were with other birds in the rectory stubble, but there was no trace of the Bramblings... 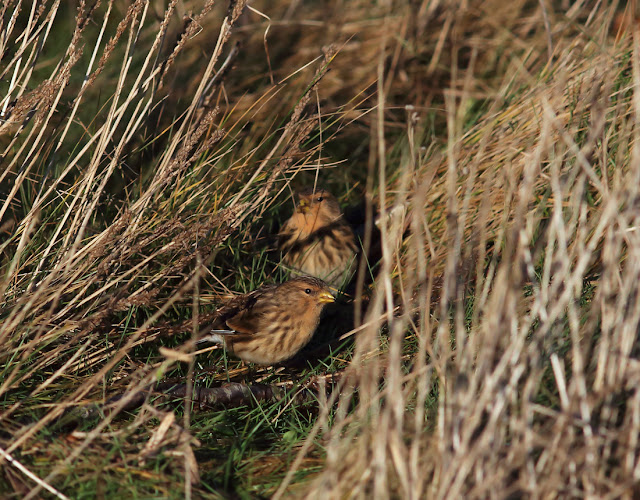 I've taken a day off today to give Jane a lift to the station where she will get the train to Peterborough to visit her sister. The day is very overcast and dark, one of those that makes you long for the sight of a snowdrop or something, just a hint that spring isnt too far away, but, in reality, we are in the middle of winter for a long time yet.

As I went out with Bunty at lunchtime I thought I heard a Chiffchaff calling in the wood next to our garden, so, on our return, I grabbed bins and camera and hung around at the end of the house to see if it would emerge. I waited for a good 15 minutes and was about to give up when up it popped just next to our garden wall. It then fed the same circuit as my various other garden migrants recently, venturing along the sheltered  SW corner, around my small sallows and brambles especially planted for the purpose.

It looked to be a dark individual but called just like our own Chiffs, so I assume its a 'collybita'?

Regardless of its race, it was a welcome reminder of autumn to punctuate these grim winter days. 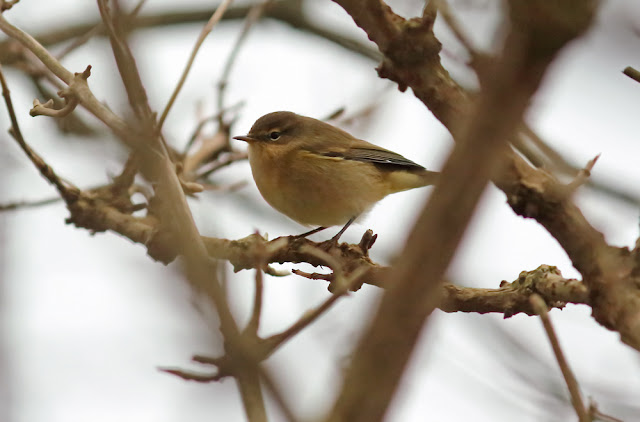 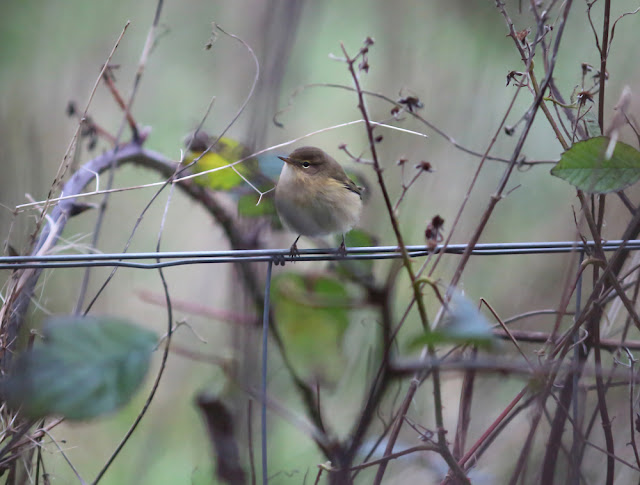 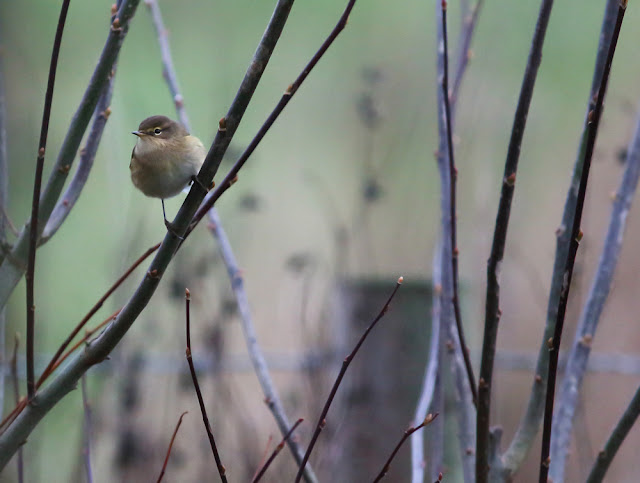 Well that was a relief. I drove straight to the Volks Centre in Blyth, a garage that deals only with VW, Audi, Skoda and Seat. I've been going here for the last 7 years and have found it to give excellent service. So much so, that this may even effect my decision on car species when I next change! I used to hate and distrust all car dealerships but this small family run firm is excellent.

Today, they gave the usual tip top service. Dave, the owner, gave the car a check over and came back to announce nothing wrong with brakes or fluid, it was a broken sensor wire and he just twisted it back together, temporarily until he could get a new one from the scrappy. All for no charge. What a  star...

Out with John around the Coquet estuary this morning turned up literally nothing of note. Well, a male Blackcap in yews in Warkworth, 2 drake Red breasted Mergansers in the estuary, 2 female Goosanders upstream and thats about the lot really. The only other excitement came when the car indicated that my brakes were going dodgy, maybe a reduction in brake fluid, that will result in a visit to the garage in the morning... 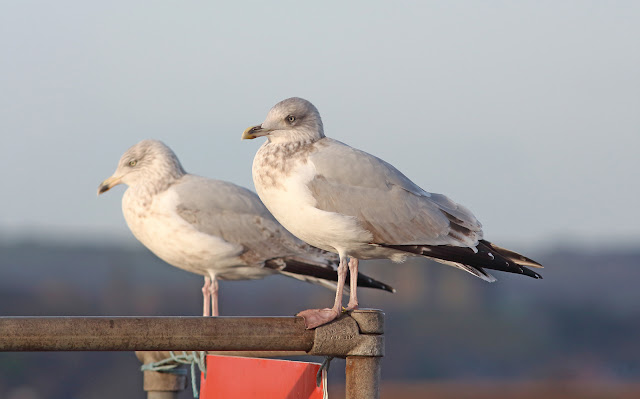 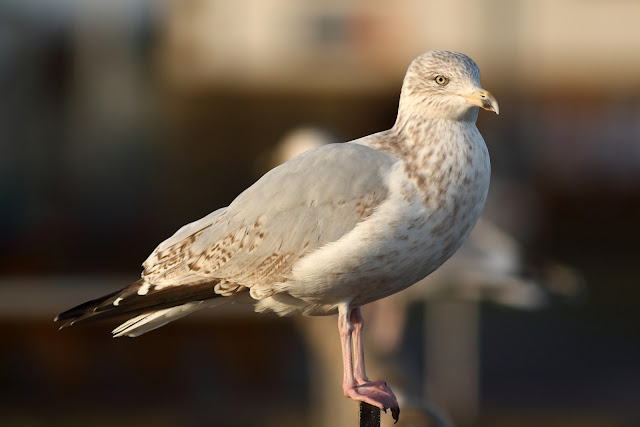 Posted by Stewart at 8:26 pm No comments:

A day off to catch up with some bits and pieces so no proper birding done at all today. Still, while walking Bunty at lunchtime we came across a nice little flock of 12 Lesser Redpolls feeding on seed heads of Rosebay Willowherb along the ditch next to the lane. Although it was a very dull day, I still thought it would be worth recording them on camera. The images are very 'noisy' as you would expect, but it shows the birds doing what they do.... 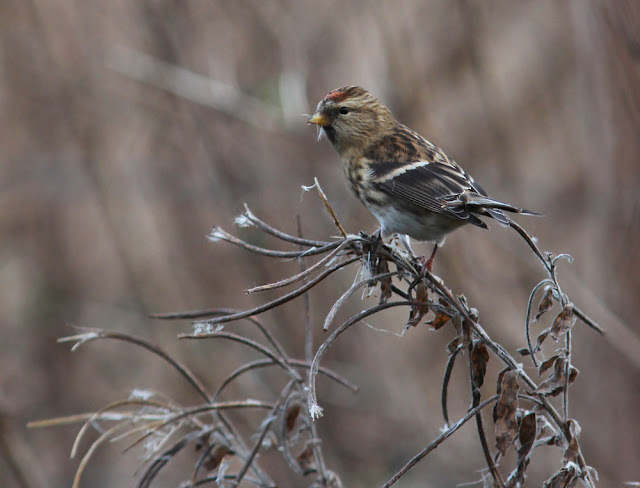 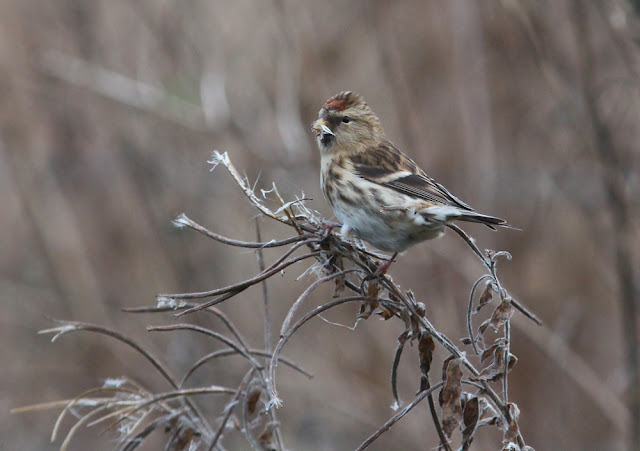 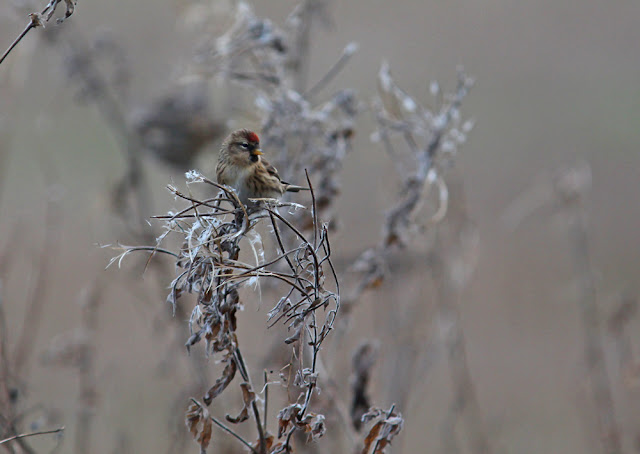 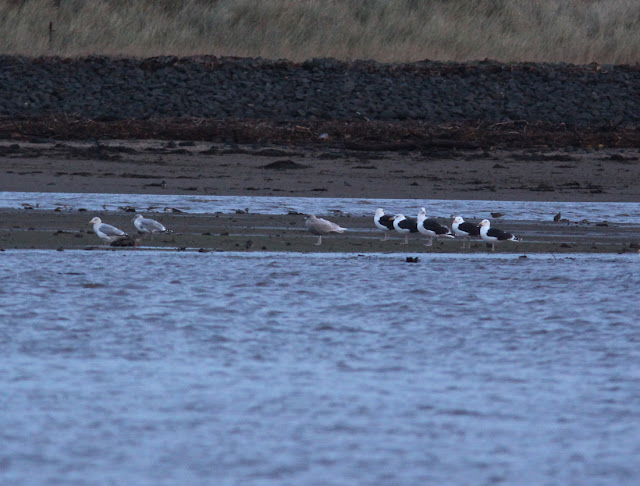 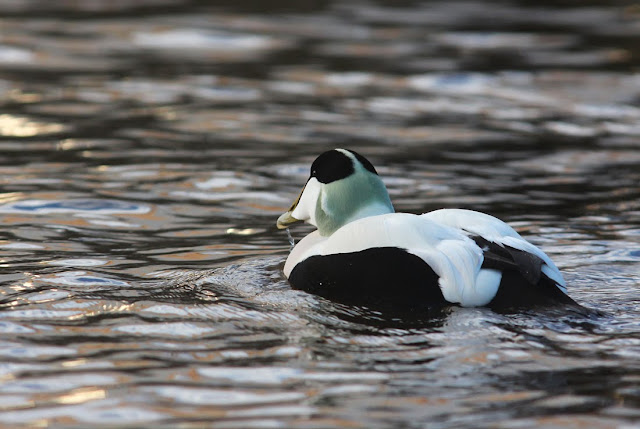 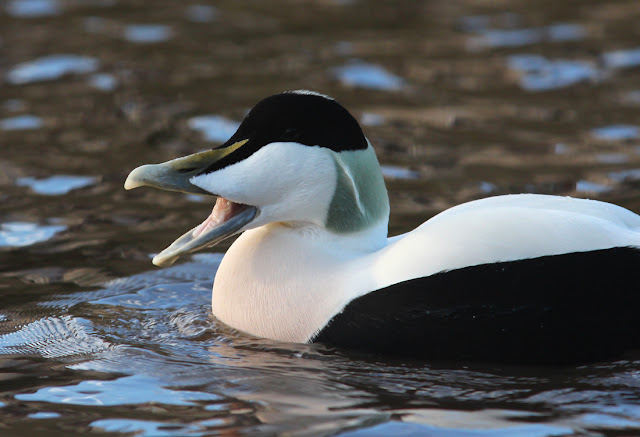 And that was that really apart from a few Long tailed Tits and me knocking my glasses off never to be seen again, a typical local winters day. We do alright here if we can get a nice day...
Posted by Stewart at 3:43 pm 6 comments: