I've just been looking through my recent photos and can't find much to post about. They all seem to be moths! Despite a few identification cock-ups, this has been a decent season for new species in the garden, and August always has potential for more.

Meanwhile, sitting counting moths, more groggy than a zombie on methadone due to too many late nights and early starts, autumn sneaks up. Yesterday we had a short trip down to Cresswell for breakfast  er, to see the two adult Curlew Sandpipers on the causeway scrape and very nice they were too. Alongside them were 80+ Dunlin, a Common Sandpiper and 500+ Sand Martins.

Up at Amble, the Coquet Estuary held 6 summer plumaged Knot, 22 Black tailed Godwit and 30+ Dunlin, but the oddest thing occurred as I took Bunty out before work this morning.

Not rare, but certainly scarce these days, a nice Whinchat was on the roadside fence line just up from our village. A taste of things to come perhaps...we'll see.... 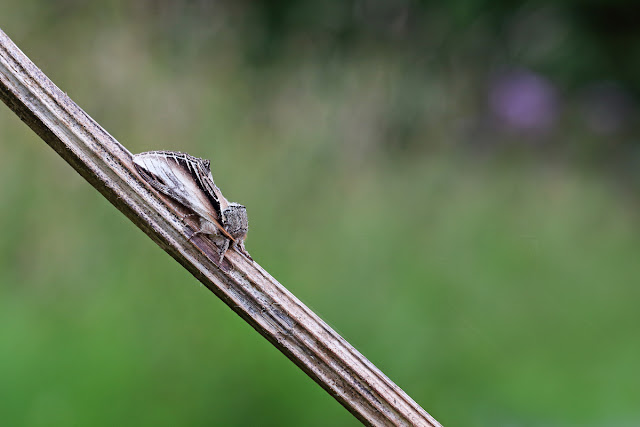 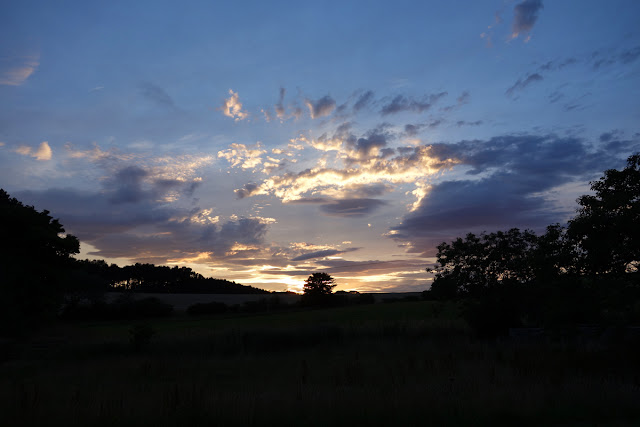 Posted by Stewart at 9:03 pm No comments:

Speaking of new garden moths earlier, another has just been id'd!

The smallest of tiny moths in the trap this morning, I mis-identified as Phyllonorycter geniculella, a species I have had once before, in 2015. Tom Tams, County Recorder has just given me a lesson on why it is actually a much rarer Northumberland moth, P. acerifoliella !

This is not only a first for VC68 it is also the first adult to be taken in the whole of Northumberland VC67 and 68, the other 18 records were hatched from leaf mines taken near Newcastle in 2013.

These things could be much commoner really. They are tiny. About the size of one of those little Thrips or corn flies that you can get in your eye, maybe 3mm nose to tail, so could be easily overlooked.

Still, they all count, so I'm well pleased.

And still they come...

I have been moth trapping on a regular basis here in our garden at Howick now since August 2009, almost 8 years, but unlike birds, the list is showing no signs of drying up.

2017 has so far been quite a good year for new arrivals, and I have long since stopped trying to second guess the next new species to appear.

This year I have gotten 'second wind' with the trap after last years slightly slower pace, and each morning I look forward to getting up half an hour earlier than I need to, taking my coffee, notebook and terrier out onto the seat below the kitchen window and sifting through the black bucket of jewels.

The new faces this year so far are...

What a motley collection. Glaucous Shears and Silky Wainscot on the same square metre of ground. One moth of high moorland, the other of flat southern reedbeds. I wonder how they made it here? Regardless, these and the ones to come are the reason why I spend all summer wandering around in a daze, after too many late nights and early mornings. Here's to the next one... 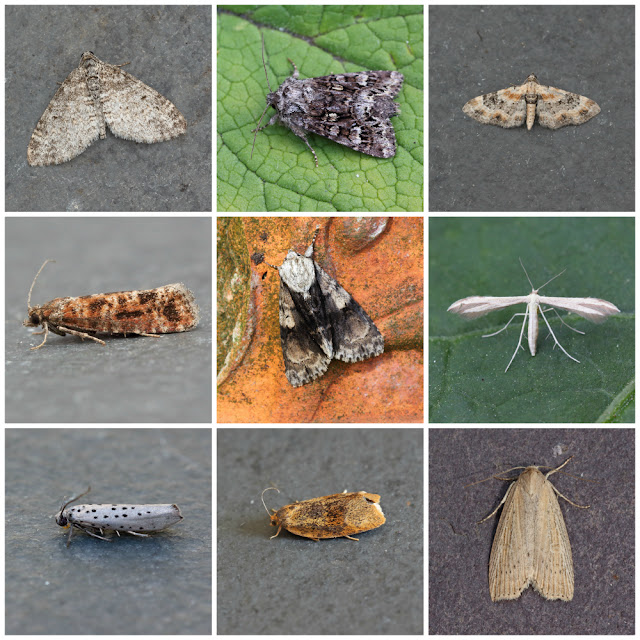 Posted by Stewart at 5:20 pm No comments:

Well that was a right old trial... As usual our BT Broadband went off without notice leaving us for 10 days without any connectivity. Its not the waiting for it to be fixed that is the issue, its the lies, false promises and downright neglect of all customer care from BT. What a shower they are... Any way, I'm back.

Last week a few decent birds cropped up locally, with two White winged Black Terns, a showy Red Kite and a Corn Bunting from god knows where. There was an adult Pectoral Sandpiper too but it hid away when I was on site.

In between those, a few butterfly sorties around us was quite good with several Large Heath and up to 9 Small Pearl Bordered Fritillaries being the highlight.

Here are a few shots from our 'dark spell' and I should be back on track after that...

Posted by Stewart at 7:27 pm No comments: