On our way shopping yesterday my phone rang and a voice came over the speaker in the car. Quiet at first, then in a trembling, hushed tone, we could hear 'Stewart? Stewart? I'm watching a Siberian Accentor...' Alan Tilmouth had struck gold by stumbling upon Northumberland's second Siberian Accentor of the month, during this amazing arrival of the species.

Unfortunately I was pre-booked and I couldn't get away, but this morning John and myself met under a fantastic sunrise at Amble, that may have been an omen of success.

Off we went down to Newbiggin by the Sea and after a bit of a debacle with a metal fence that I won't go into on here, we both managed excellent views of the bird. At one point it ran towards myself and Eric Barnes after being spooked by a weasel, stopping only 12 feet away to snack on a grub (leatherjacket I think). I suppose it had to happen sometime this autumn. After trekking down to Hull and back the other week, then dipping out at Holy Island, I cant tell you how pleased I am with this addition to my Northumberland List. What a beautiful bird. Thats me on 339. I wonder what 340 will be? 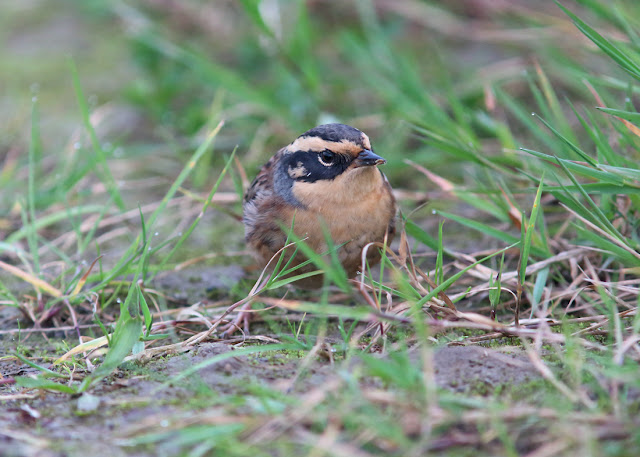 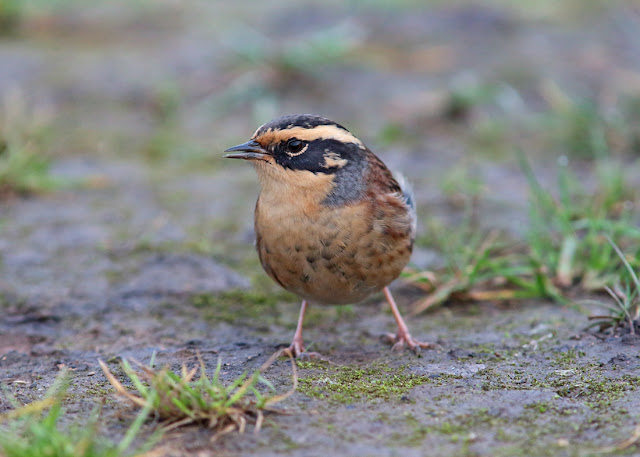 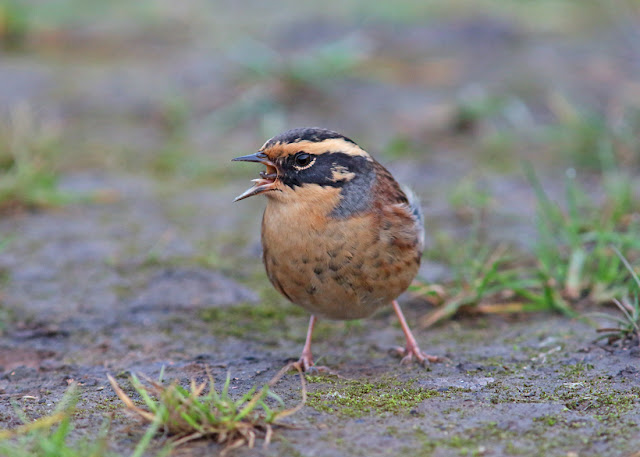 A great bird, studied and photographed to distraction, and, as you cant take them with you, off we headed further south to see another eastern wanderer, an Isabelline Shrike at South Shields. I've seen 4 or 5 of these pallid grim reapers before, but not an adult, so this female was a nice one to catch up with. Quite a dull bird, it was very active and popular with photographers too, so after a few ropey shots we left it to its business.  A fly over Jack Snipe was nice to pad things out a bit too... 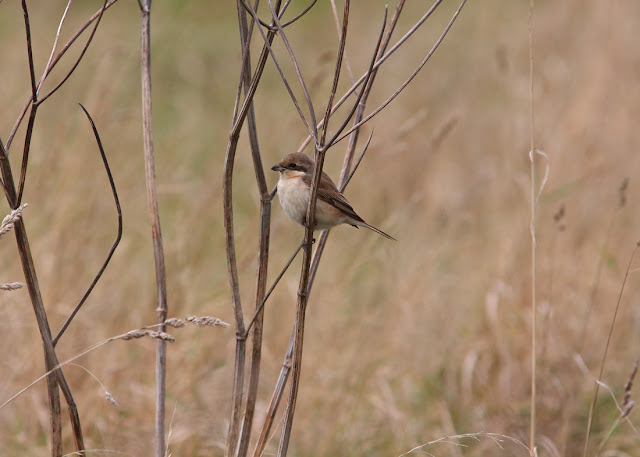 As I alluded to in the last post, a trip up to Holy Island on Wednesday for Britains 6th Siberian Accentor came to nothing, our Russian had defected elsewhere. None the less, the trip was not wasted as only 100 yards from the Accentor spot another British tick for me was showing very well indeed, an Isabelline Wheatear. This was the second for the county and the first since 1980, so it was nice to finally 'unblock' this one....

This means my last five blog posts have all been rare birds, all British lifers too. Scroll back the 10 years this blog has been going and you won't find a spell like it anywhere! I think that this may be the last of its kind for some time... 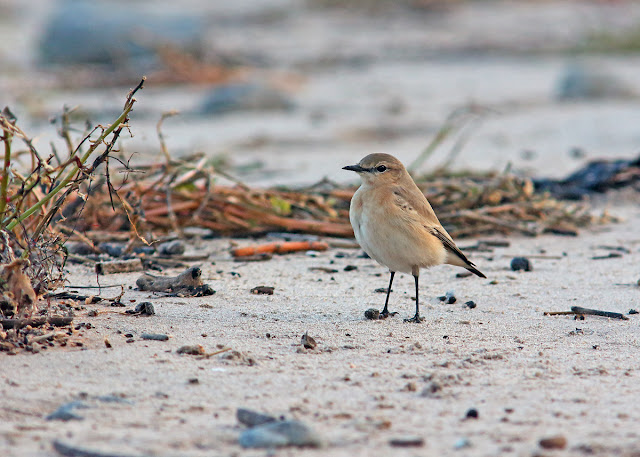 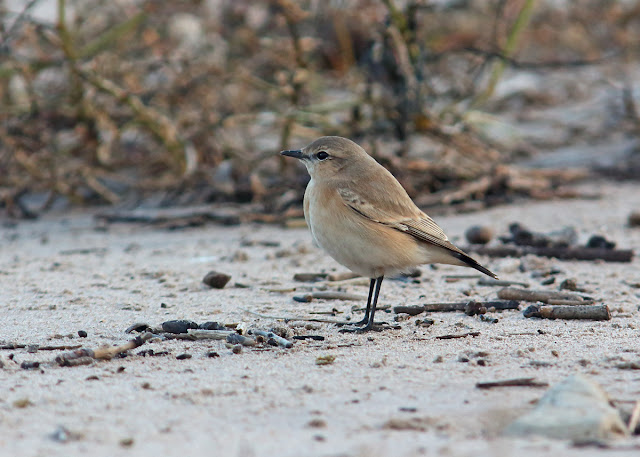 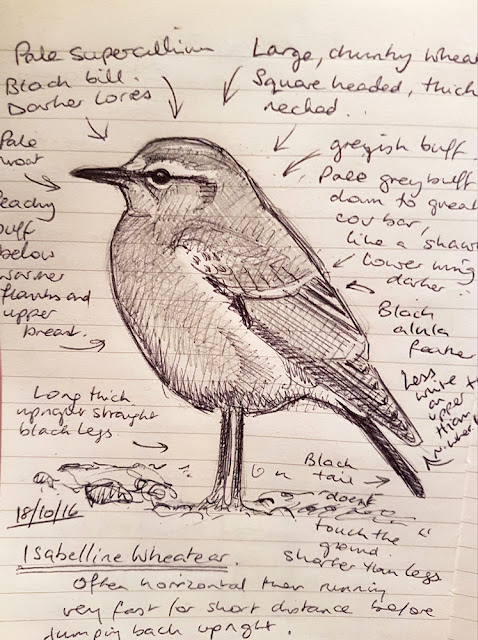 Sitting at work two weeks ago watching the development of the twitch to Shetland for the UK's first Siberian Accentor, little did I know that before the month is out it would not only be on my list, it would have been seen in Northumberland too!

When one turned up at Easington, East Yorkshire, we just had to go. Due to commitments, John and myself were typical late to the ball, but a good day out on Sunday allowed us great views of the second British Siberian Accentor. Since its arrival, others have graced Saltburn, Sunderland and Holy Island ( I dipped that one this mornings) making the UK total now up to 5 birds.

Its great to be a part of this very strange and rare influx into western Europe. I wonder how it will all pan out...Maybe I'll catch up with a Northumberland bird eventually?

Until then, here is the one for Easington on Sunday... 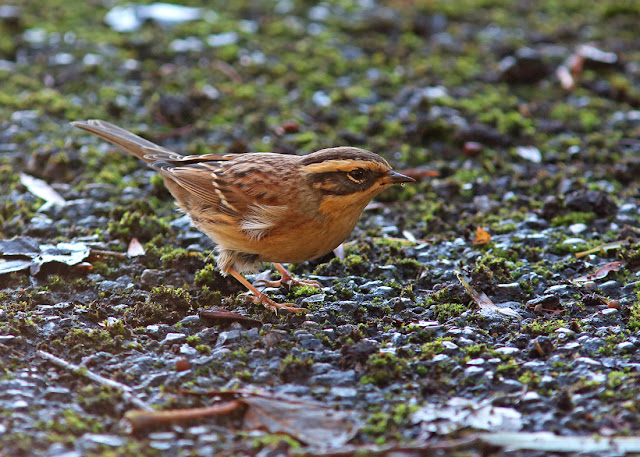 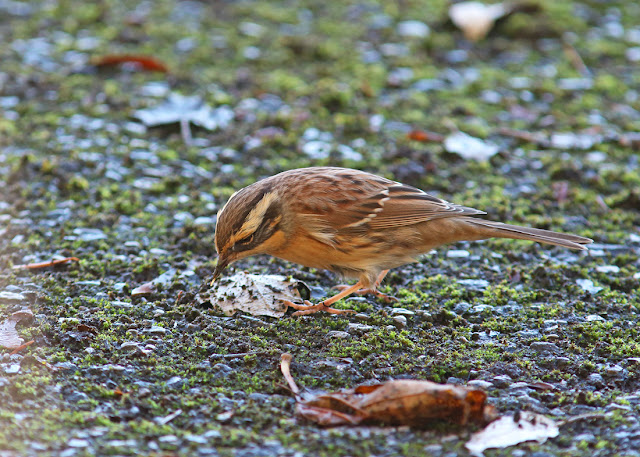 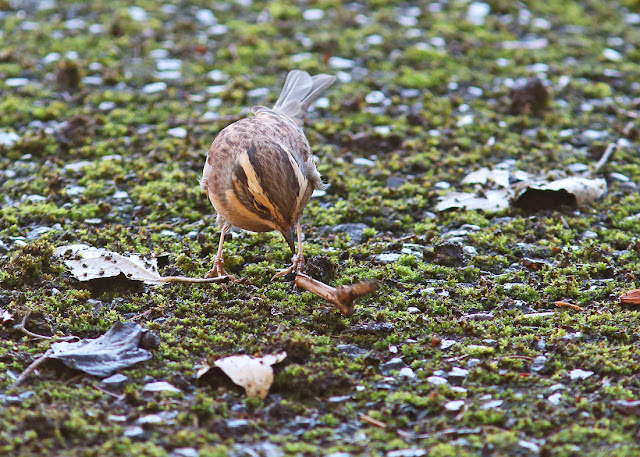 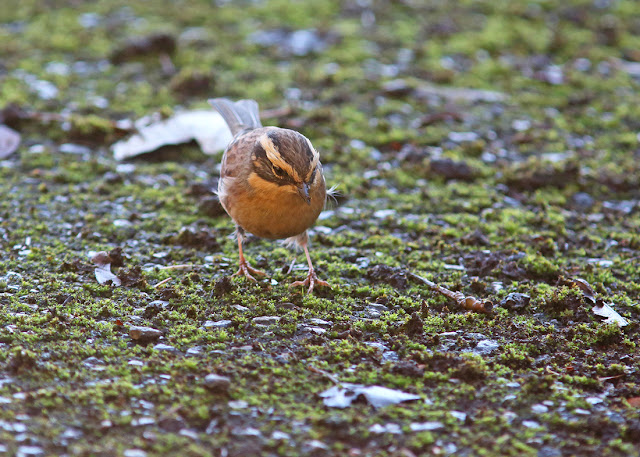 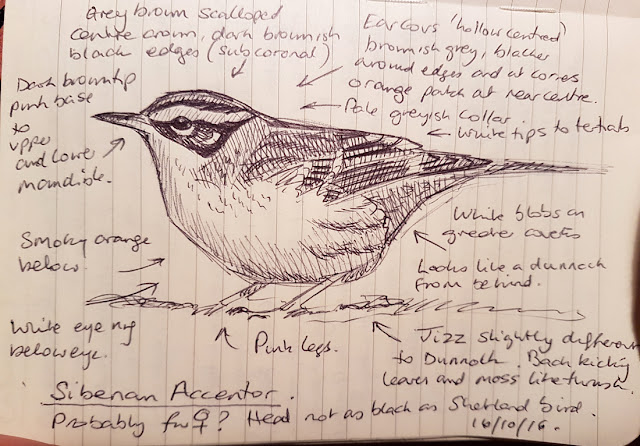 As birders we are very lucky, in European terms, to live in the UK. Being at the westernmost edge of the continent, stuck out like a giant headland into the Atlantic, we are set to get birds from all points on the globe. This Autumn certainly has done its best to prove the point. Firstly a brace of small American Waders, followed by an Eastern European/ African traveller then Nanook of the North, so whats missing?

Its Autumn, we live on the East coast, so what else could that mean but...Sibes!

From early October a massive high pressure settled over northern Scandinavia, flanked on its southern edge by several low pressures off the Atlantic, forming an corridor of Easterly winds stretching way back towards Lake Baikal in Siberia.

Soon, they came, wind blown waifs such as Yellow-browed Warblers (only the one in our garden this year) and Red breasted Flycatchers and Little Buntings. I have been unlucky with the latter two this year due mainly to being stuck in an office all week, but on the 5th all of that would change.

I just arrived at work and logged on, when a message came through saying 'WHITE'S THRUSH in willows at the end of the straight lonnen NOW!'

If I had been standing, my legs would have given way. One of the most wanted Siberian vagrants, not on Shetland or Scilly but right here in Northumberland what should I do....

Normally I would have downed tools and legged it, but due to prior appointments this was a non starter, so after a fraught, stressed day, at 3 o'clock I finally left work and raced off up the A1 to Holy Island. No need to panic, the White's Thrush was just about hanted to one willow, and while I was there it only hopped about 2 feet. What an absolute stunning bird it was too. Cuckoo sized, golden buff and white with random black crescents scattered all over the upper and undersides.

Nothing could beat this, ever? To be continued... 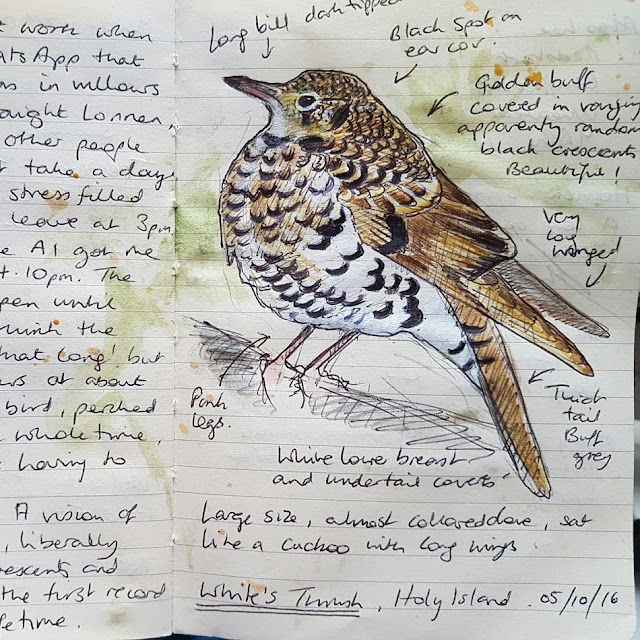