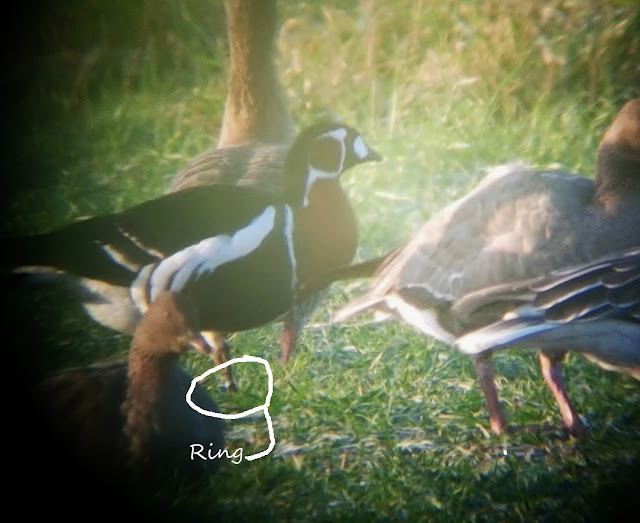 Posted by Stewart at 7:12 pm No comments:

This morning was a proper cold day, the likes of which we have not seen for at least 3 years and possibly a lot longer. It was -6 degrees until 9am, and this morning was no warmer than -1 by lunchtime. At least it was sunny and calm, a grand winters day to be out.

Our first stop was East Chevington where 80% of the north pool was frozen solid. In the open areas, only kept ice free by the wildfowl swimming around were 34 Whooper Swans, 49 Goldeneye, 2 Long tailed Ducks, the Great Northern Diver, 11 Little Grebes and a lot of other assorted commoner wildfowl. Two Water Rails squealed from the reeds closest to us.

Down to the burn mouth where 35 Twite, 8+ Pied Wagtail , 10 Sanderling fed on the beach and a Stonechat was nearby. 4 Bullfinches fed in a lovely frosty, berry laden sea buckthorn.

Time to get warmed up, so it was off to the Drift Cafe at Cresswell for breakfast.

On the way, a field at Druridge was full of Golden Plover near the road, They looked really smart in the frosted grass but the camera was in the car boot...

As we drove past Cresswell pond, it was frozen solid with all of the wildfowl looking lost standing on the ice. Teal appeared the most abundant with maybe 200+ birds present.

After a grand, full veggie breakfast we headed off to Morpeth for a look at the Hawfinches at Abbey Mill.

We saw one bird as soon as we arrived sitting atop a lone bare tree looking like a giant amongst a flock of about 30 Siskins. 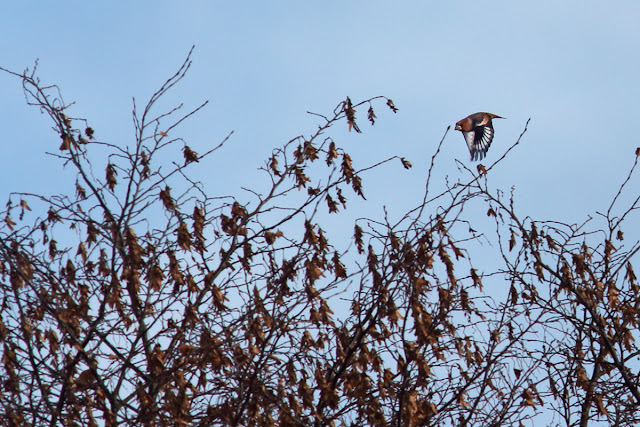 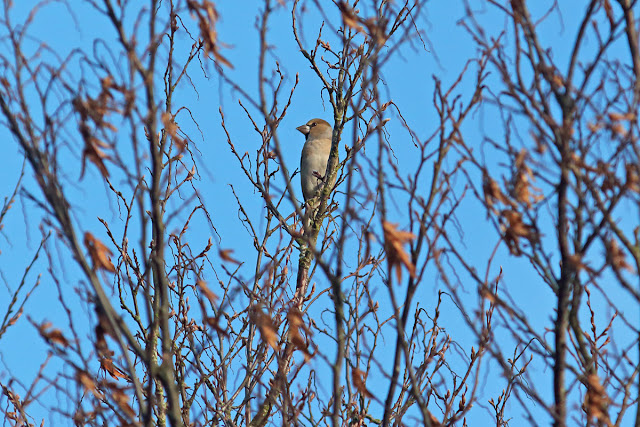 For the next hour we were treated to lots of brief views of both male and female birds flying and perched. We must have seen at least half a dozen though only 3 together at once. The metallic 'Chiznk' calls were heard as they took flight over the trees. One female showed very well munching on the hornbeam keys for about 15 minutes.

It is a pleasure to meet up with these birds again after such a long absence. Those of us long enough in the tooth can remember that Hawfinch was an annual delectation at places like Hulne Park, Hexham and Wallington Hall back in the 80s/ early 90s with flocks up to 35 strong at Hulne where I've seen them courtship feeding in yews down to only a few feet. I have been lucky enough to see them at those sites just mentioned but also at Bothal, Sandhoe, Stobswood and Howick over the years. It would be great if that could happen again, they're fantastic birds. 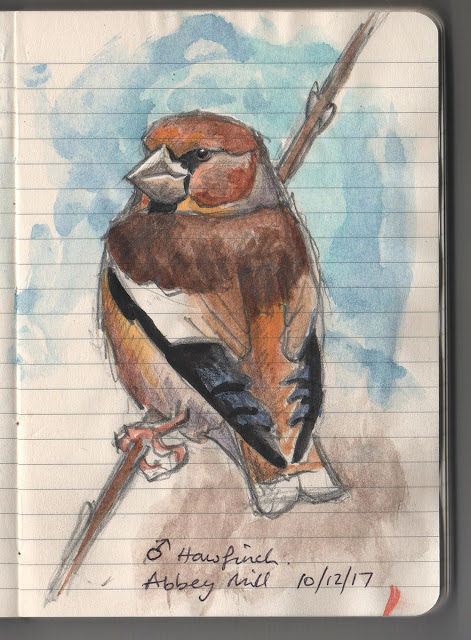 This morning I met John at Homebase with a plan to go looking for Crossbills at Thrunton Woods.

With a few Parrot Crossbills further south, you never know. Its donkeys years since I last saw a Parrot Crossbill, but that wasn't about to change today. We managed about 15 Common Crossbill in pairs with singing males on territory and very little else other than wet feet as I'd forgotton my wellies. 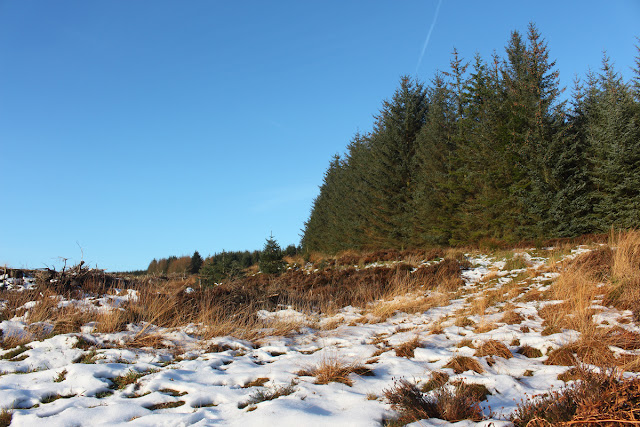 Back home, and the sun shobe nicely this afternoon so I thought I'd try a photo of the Coal Tits coming to my feeders. As I loitered, our friendly local racing pigeon ( Pigeon John) was on high alert. All of a sudden he erupted into flight and off and warp speed. Then the village jackdaws were all up, calling so I stepped out and scanned upwards, only to see, a little jack Merlin going like a rocket towards our feeders. His speed flushed everything for a hundred yards into the air.

He locked on to a small passerine from the feeder flock as they took to the air and chased it over the back field. The Merlin was loop the looping over our house so fast I couldn't even find it in my view finder let alone take a picture. As it chased the hapless passerine out over our back field into the open it made a speedy attack only for the prey to side swerve out of the way. Merlin towered high above then dropped like an arrow, just missing again. This happened again and seemed to tire out the target. Then finally Merlin came in at a million miles per hour and grabbed our bird from behind. It was over.

No Christmas meal for this little fellow.

The Merlin glided fast and low towards the fence line and landed to eat his meal.

I scrabbled for the scope and good views were had of the Merlin and one of our Goldfinches on the post. One of our neighbours who is interested in wildlife happened to be passing, so I was pleased to get him a good scope view of the lovely slatey blue Merlin on the post. Soon a Magpie flushed jack another couple of hundred yards up the fence where he totally cleared off his meal then sat scanning around the scene. He was in view for over half an hour. 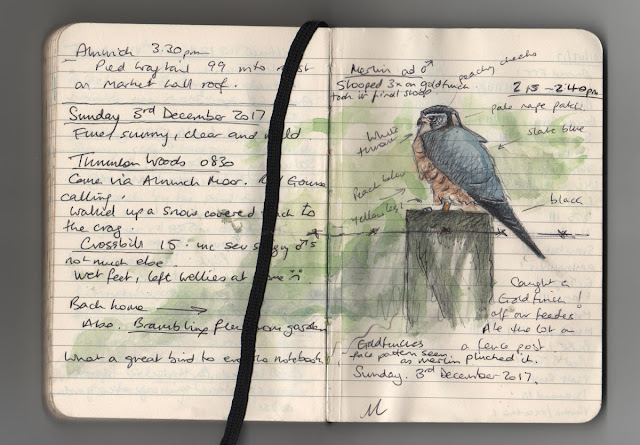 Posted by Stewart at 7:46 pm No comments: