On our last day we drove the roads in the foothills of Llierca between Tortella and Montagut, then up the valley to Sadernes. Could we go out with a bang?

The river at Montagut we excellent with a bonus Red rumped Swallow with some House Martins having a drink. 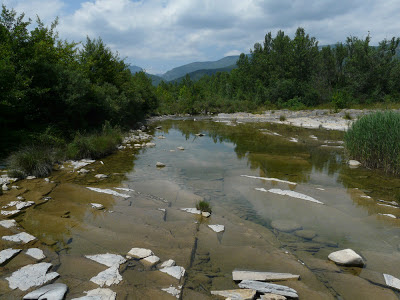 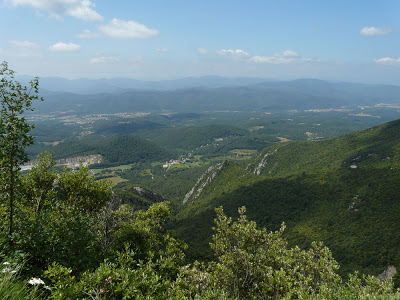 As if those weird and wonderful insects weren't enough, up at the monastery at Sadernes, the fanale came into view - a Two-tailed Pasha gliding around the small trees in the gardens. What a stunner too...
I said my camera wasnt up to it...the butterfly never landed once...

Oh well a superb end to a superb trip.
Posted by Stewart at 8:08 pm 2 comments:

On one day we had a trip to the coast along to the Cap de Creus, but the weather was poor with strong cool northerlies, so not much was seen apart from a few Sardinian Warblers. A detour to a small pond near Aiguamolls de L'Emporda was much better with 4 Rollers, 2 Great White Egrets, 40+ Cattle Egrets, 3+ Bee-eater, Purple Heron, 5+ White Storks and Hobby all seen well.

Heading back inland up to Maia de Montcal and Beuda more butterflies were seen, plus a couple of Griffon Vultures.

Back at Crespia both White and Orange Featherlegs were seen, strange looking damsels with broadened legs -

Our next accommodation was a family run B n B near Crespia. It was very remote, down a gravel track. The silence was only broken by the sound of Woodlarks, Golden Orioles, Bee-eaters, Hoopoes, Quail, Corn Buntings, Nightjars all in song. Amazing...

The bird highlight of our week was one morning when we were treated to a close fly by, by a pale phase Eleonora's Falcon, lit up in the morning sun. Great views in the bins but my little bridge camera just isnt up to it... 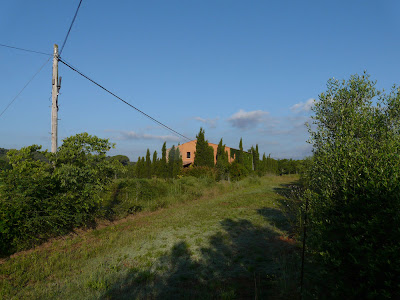 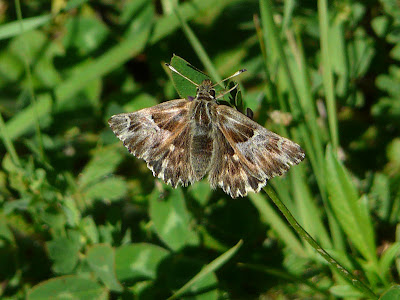 Two new Dragonflies for us were Large and Small Pincertails -

A large lake at Banyoles was a little disappointing after the excitement in the upland meadows, but witha bit of work a few things were found...

A tiny Short tailed Blue butterfly was egg laying on a vetch near the trackside where Weaver's Fritillary put in an appearance for the list...

A Booted Eagle gave great views at Besalu early one morning. The river was full of carp and chub, maybe what the eagle was looking at, as it seemed to lift from near the bank side.

One of my most wanted butterflies landed near us in a car park here..

A wooded stop looking over a road bridge gave us great views of 6+ Spanish Purple Hairstreaks, with a family party of Western Bonelli's Warblers nearby for good measure...

A tiny mountain village called Oix ( pronounced how?) was superb for butterflies. There were stony tracks on a south facing slope with too much to take in really... 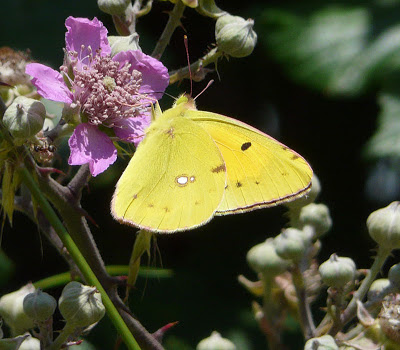 Back home after a week in north eastern Catalonia, Spain, in an area between Olot and Girona, with some sorties into the mountains too. We had two bases, one in lush wooded hills, that was more like eastern europe, and one on lowlands that was more typical of a mediterranean climate.

The main goal here was to see butterflies and dragonflies. I have been birding in the Pyrenees before, but didnt really have time to enjoy the masses of butterflies we saw at the time, so promised myself I would go back, with no goals or targets, just to bumble about taking in anything that appears...

Up at 7,000 feet, the temperature was as low as 6 degrees, something you dont expect in Spain in summer, but on the lower levels it reached 28 degrees. A big variation in a day!


A few birds were noted - Black Redstarts, 3+ Citril Finch, Crested Tit and Crag Martin but it was mainly too cool for the inverts.


A bit lower into the valley and things warmed up a bit, and our first butterflies were noted. This was the start of the La Garrotxa national park, an area of limestone mountains that proved excellent for butterflies and flora. 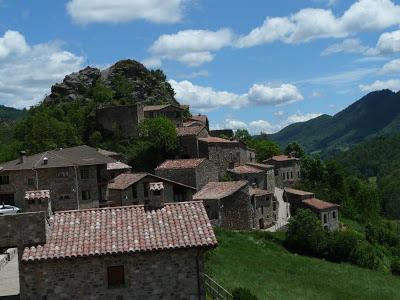 Posted by Stewart at 5:53 pm No comments:

Well what a surprise when I got up this morning. I went out to the trap bleary eyed and noticed a movement in the trap...a Tree Sparrow! As I approached there were two stuck inside. I lifted the cone and they flew off, then I heard a scuffle under the egg boxes - a third. Three Tree Sparrows in my trap eating my moths.
Wildlife has been culled for less! Thats the thanks I get for putting up nice nest boxes and seed daily...

3 Poplar Hawks, 1 Spectacle, 1 Beautiful GY and several un id'd were in tatters plus they had crapped all over the survivors...

So I'm away on holiday to the Pyrenees looking for butterflies and dragonflies tomorrow for a week, the trap has been put away and will be positioned somewhere else in the garden to try and break the habit on my return.

I've just noticed that this is my 1300th post on this blog since it began in July 2006. I wonder what I would have done with the time I would have saved if I had not set up the blog...hohum...


Around about the garden today, a male Great spotted Woodpecker brought one of its young in to our feeders. It didnt get much peace thanks to the woodpigeons banging about, so I missed the feeding shot. This is the young one on our garden wall, where it was later joined by a rabbit. Bizzarre.

This is a Campion from last nights catch. Only my second record with the last being in 2010. I diligently scour the Lychnis moths in case I am missing them but they are quite distinctive being a bit darker and having a tinge of paraffin pink to them.

Coxcomb Prominent was the pick of the rest, a nice quiet moth, a doddle to photograph. 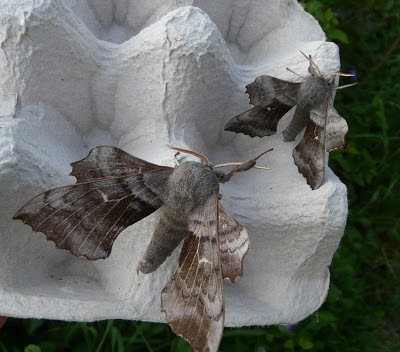 Also of interest were two Poplar Hawk-moths, one being only half the size of the bog standard one. The pic above shows this quite well...
Posted by Stewart at 8:15 pm 1 comment: