Took a flexi day off today and it just happened to coincide with one of the most glorious summer mornings we have had this year. 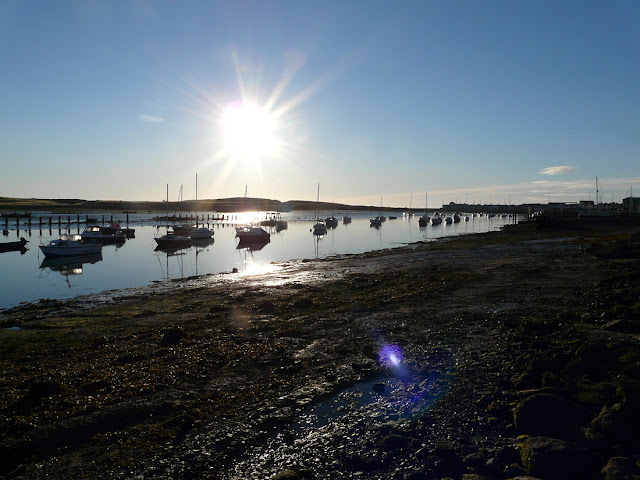 Met up with JWR at Amble first thing to cover the Coquet Estuary patch. Although the primary goal was to look for waders, this turned out to be a bit slow, so attention was diverted elsewhere. As we scanned the couple of hundred Dunlin out on the mud, a Peregrine flew right over our heads, putting everything to flight.While around the car park lots of young tits and warblers etc had grouped up to feed in the warm sheltered hedges.


A call into Amble to check the harbour found no sign of the Caspian Gull, but a moulting adult Mediterranean Gull was in its usual spot along the Little Shore and a Kingfisher made a brief appearance right in the harbour car park!. Up to 12 Goosanders were in the area. After a very short call into the CO-OP, John was just commenting on the blooms on a privet in the car park when we noticed a Comma feeding there. This was very short lived as it dived over the embankment never to be seen again. 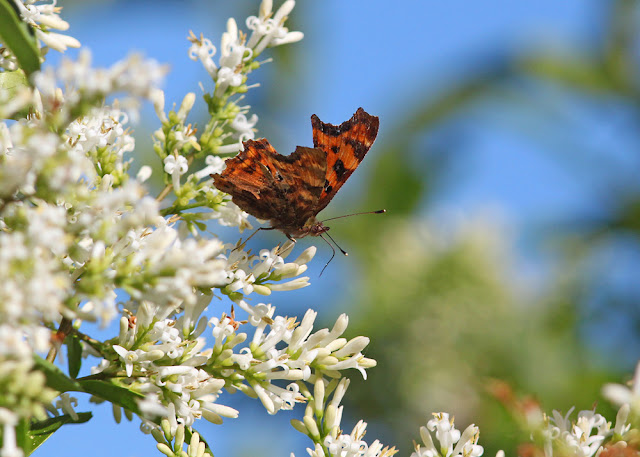 A walk from the Warkworth beach car park down the north side was very pleasant but quiet bird wise. Best were 3 Little Egrets, a Sanderling, sev Turnstones and a few Common Sandpipers.

Great wshots, that grasshopper is a beauty!