Last nights moth trap was abit of a disaster really. There was heavy rain most of the night, then when I got up, a bird, most likely a Wren, had been in eaten a few and crapped on a few then made off. So I didnt do a full count but picked the new arrivals for the year... 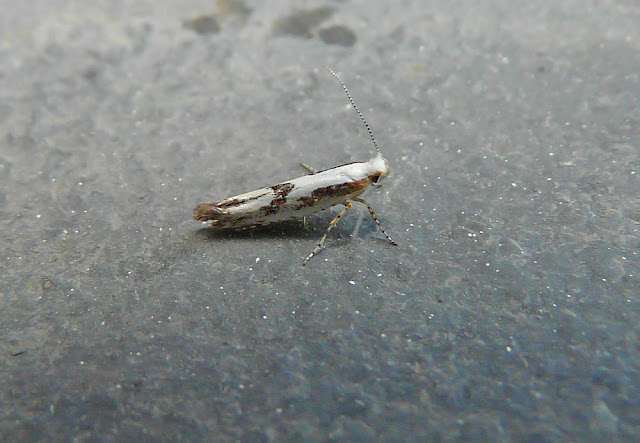 I believe this is 0421 Argyresthia bonnetella, a new species for me and the garden list. If you know better give me a shout please. 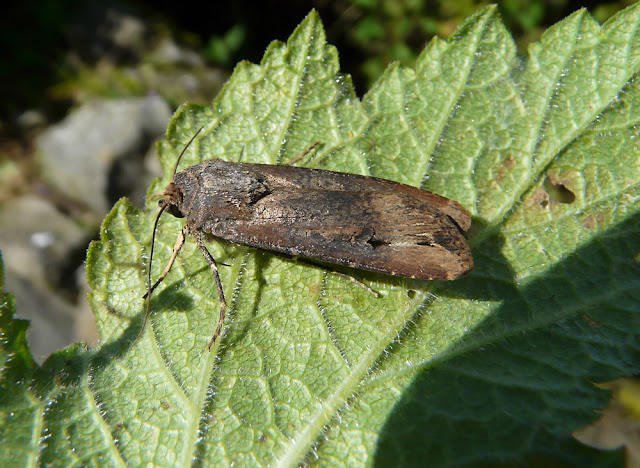 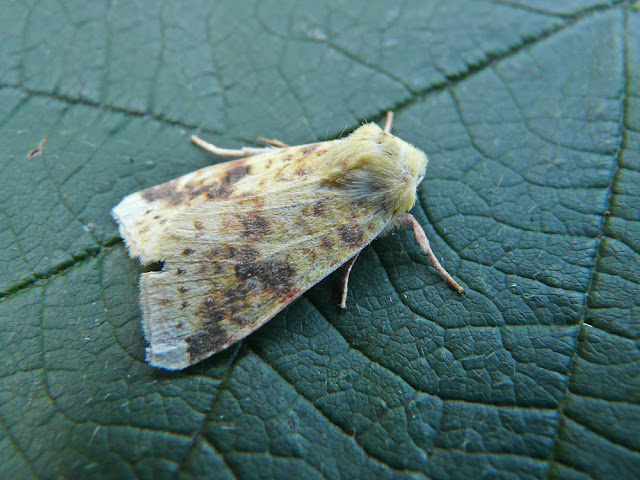 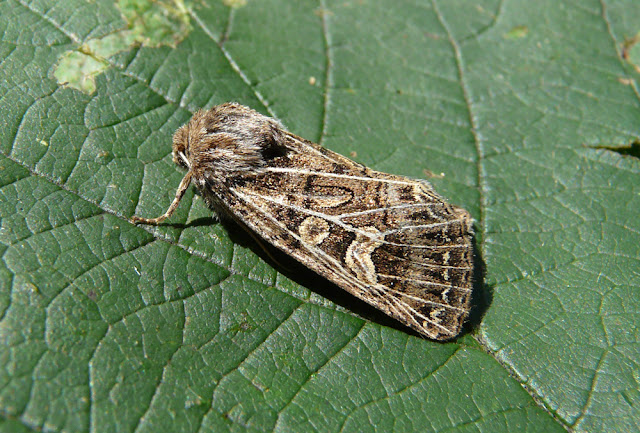 The two above are, top, Sallow and bottom, Feathered Gothic. Autumn species making their first showing this year. The autumn moths are some of my favourites and these two fit in that list somewhere.
Posted by Stewart at 8:02 pm

Nice few moths, have taken to just putting the light out, although the trap is out to night, I just pop out and see what's about, any thing new I just catch them. Saves wading through Yellow underwings in the morning..
Amanda xx