After the clocks changed last night I was up at first light this morning, and was out to meet up with John. A short wander around the village was calm and quiet but very overcast. This later turned into irritating showers for most of the day.

A Fieldfare was sub-singing in the trees at the Old Rectory, while 3 Brown Hares were near by. A ploughed field held a nice finch flock - 50+ Linnets, 2 Greenfinches, 7 Goldfinches, 12+ Chaffinches, 3 Bullfinches and a Yellowhammer.

From here we went down to the Coquet Estuary at Warkworth where the rain became quite frequent, interspersed by short sunny spells. 45+ Knot and a Bar tailed Godwit were on the estuary, 2 Red breasted Mergansers were further up stream, while a dozen of so Shelducks were getting a bit feisty with each other.

Across from Beal Bank a group of 4 Roe Deer ( the three from the other week plus an adult buck) were feeding. Well, the does were while the young buck would not leave the old fella alone to eat in peace. Some half hearted sparring took place for half an hour or so until they moved off into cover. Its not often you see Roe Deer doing this kind of thing, they always seem quite placid. 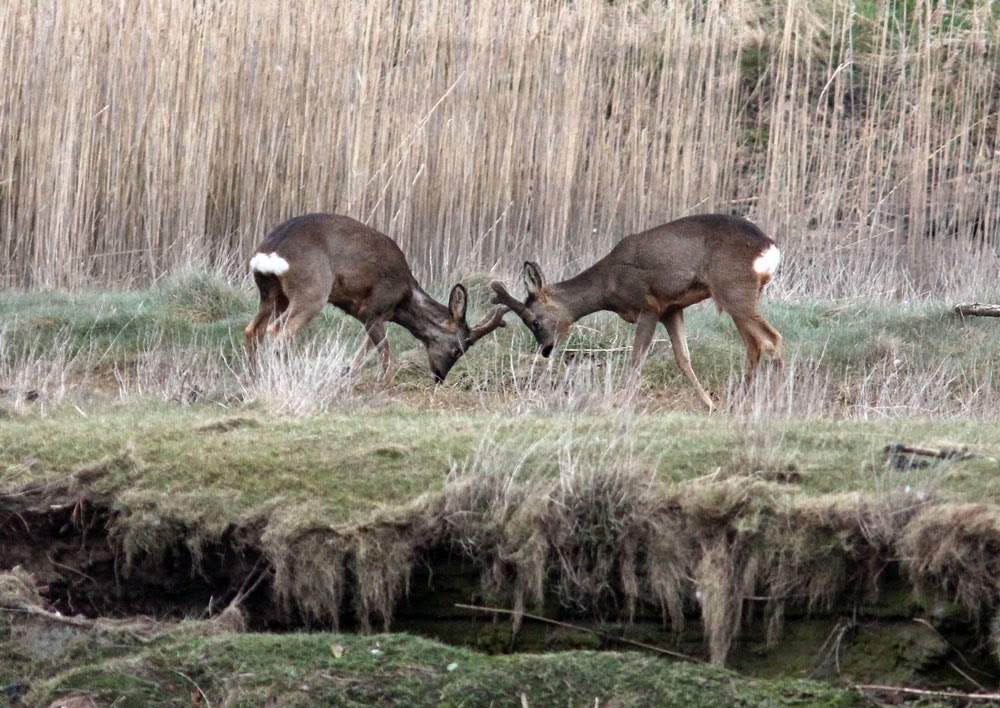 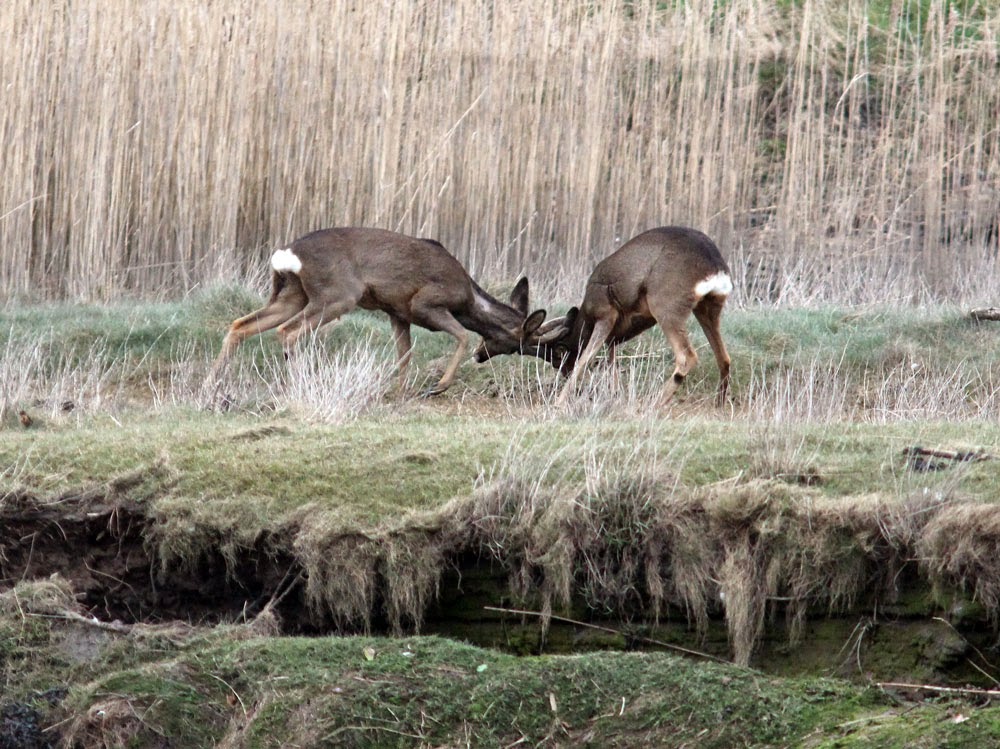 In the village a Grey Squirrel looked dapper near the old road bridge, 2 Stock Doves displayed in the bankside trees and a pair of Goosander were on the river. Along the dunes and top car park there was a steady light passage of Meadow Pipits and Alba wagtails.

At Birling, another 2 Red breasted Mergansers shared the sea with 2 Red throated Divers, a pair of Common Scoter and several Eiders.

Down on Amble Pier, a Woodpigeon was nesting below the wooden walkway....? 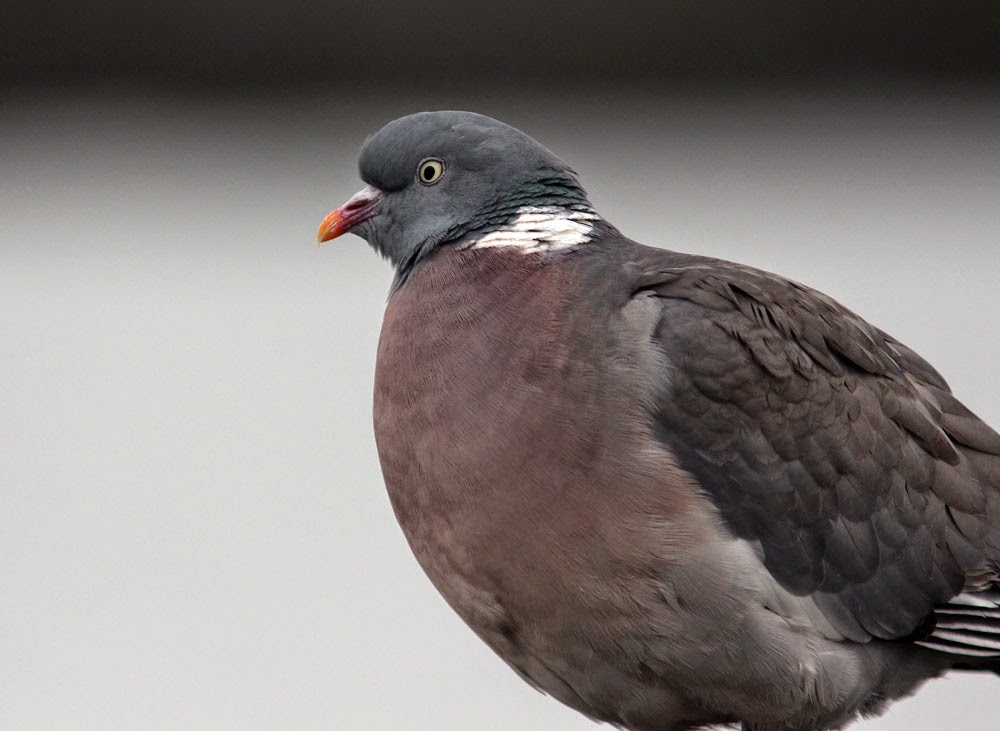 We have roe in town, and muntjac too now. Literally in the case of the muntjac, who have been seen in town gardens