Thats bound to up the hit rate!

Today I walked the coast up to Craster and back. The most noteworthy around the our village were 4 Ring Ouzels in the back hedge, now on to my garden list. Yesterdays male Redstart was still in the copse ( shame it wasn't a Bluestart).

On the walk it was clear that most of the migrants had moved on with only a scatter of Chiffs, Blackcap and Goldcrests but another 3 Ring Ouzels were nice lifting the day tally to 7. 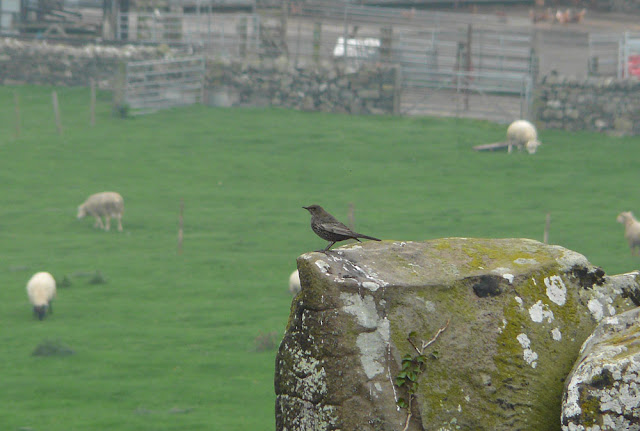 Its typical that the only Ring Ouzel to pose was a first winter bird without the gorget...
I was about knackered and just starting to walk up the heughs at Craster when a familiar voice behind me said 'You'll need to walk faster, we've just found a Radde's up there'. Tim Dean had returned to the car park for his camera and was now striding along to the Radde's he had just found about half a mile further north.

Knowing what the habitat is like up there, I didn't hold out much hope of relocating this pseudo-phyllosc skulker in five foot high bracken and gorse... 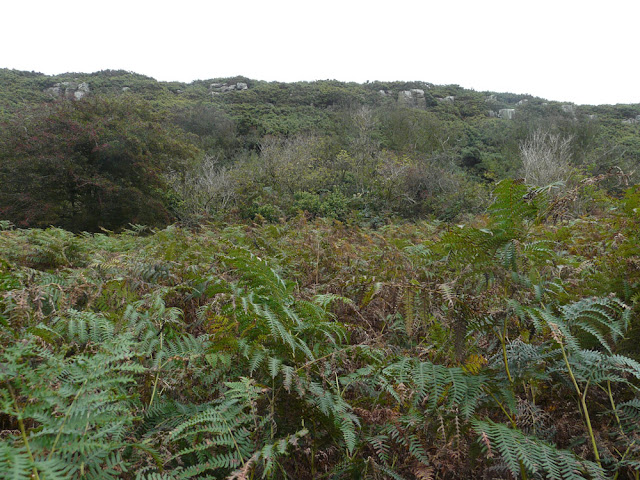 Can you imagine relocating a tiny bird in that lot?
We stood around for about half an hour at the last seen spot when I suddenly heard the soft squeaking kissing sound of the Radde's Warbler calling 'Tsthip' Tschup'. It flew fup from some bracken near us into some bramble scrub and showed really well sitting out in the open... 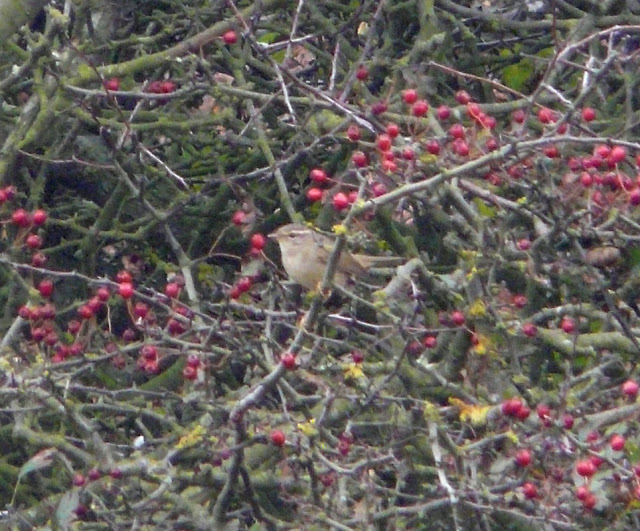 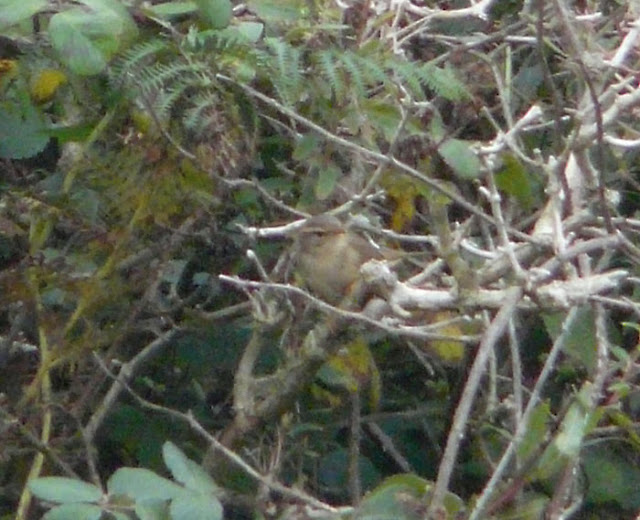 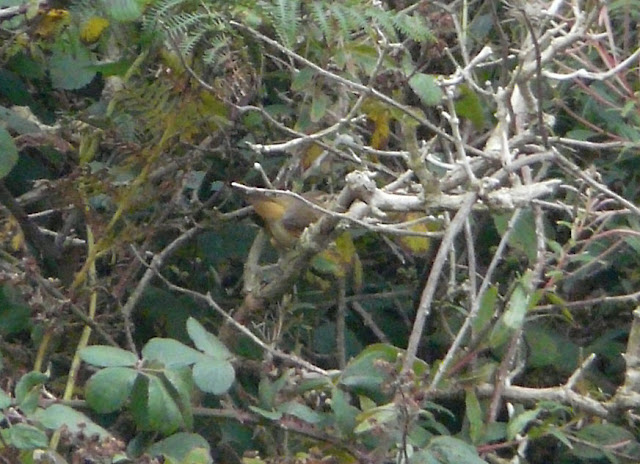 Look at the undertail on that! 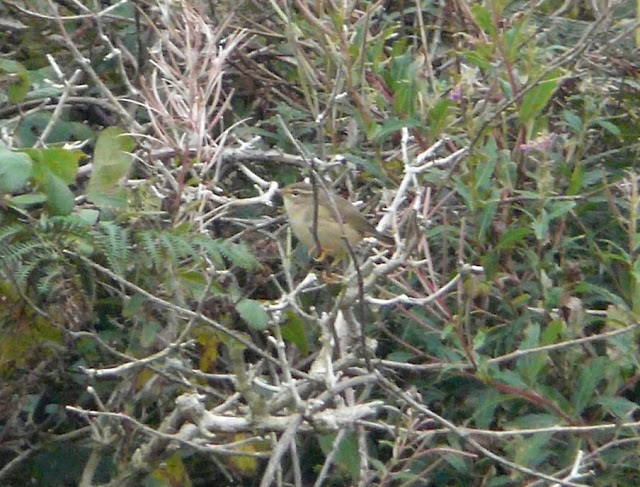 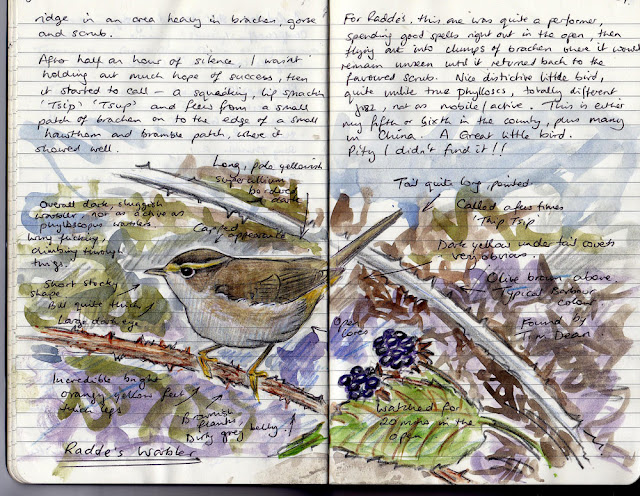 What a great addition to my OFFH List, my fifth or sixth Radde's Warbler in the county, but I'm still waiting to find one. Pity I hadn't been an hour earlier!
Posted by Stewart at 9:43 pm

Nice Radde's and nice notes (wish I could draw!. It's exactly a year to the day since we caught the one at Druridge

Cracking little bird and patience definately paid off for you
Michelle