Despite a white frost and temperatures dropping to zero last night, I still managed to catch 22 moths of 4 species. 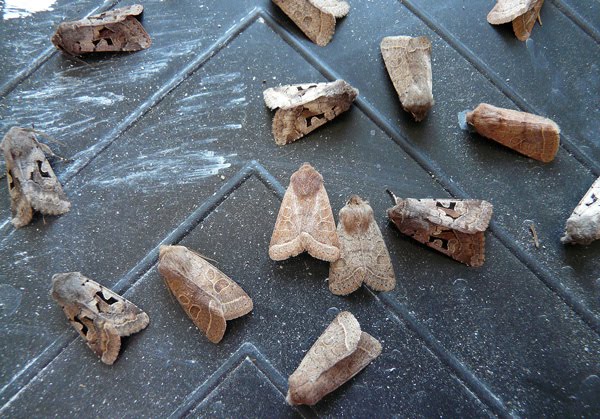 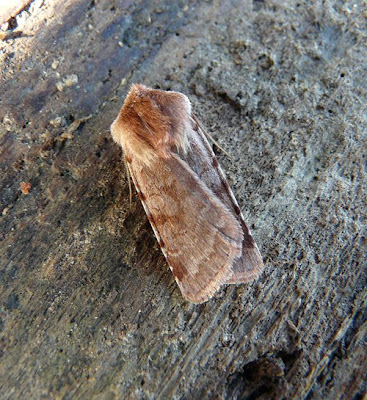 Mid morning we got a visit from Roger F who had kindly driven 50 miles to find me not one but two Black Redstarts only a few hundred yards from home...

We soon set off and within 15 minutes found them both, very flighty, on the boulder beach at the foot of Cullernose Point. A nice addition to the OFFH list but robbed from the self found aspect!  :) 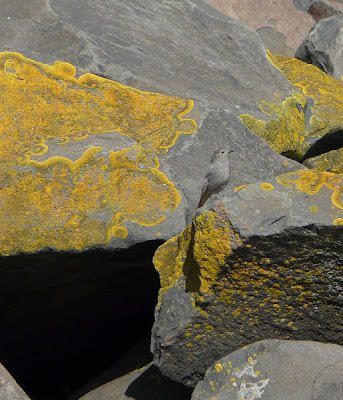 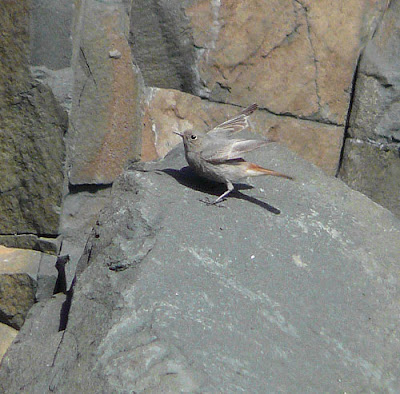 But, I got an even bigger suprise later on. As we arrived back on our drive this afternoon from shopping, I noticed a movement in a small oak at the end  near the shed. A tiny silhouette, completely unidentifiable, until I saw a shivering tail! A BLACK REDSTART IN OUR GARDEN!
I sneaked in to get the camera and managed a snap before it flitted onto our roof, then on to our neighbours chimney where it did some flycatching before dashing off into the gardens.
A fantastic garden tick, the weekend is made already. 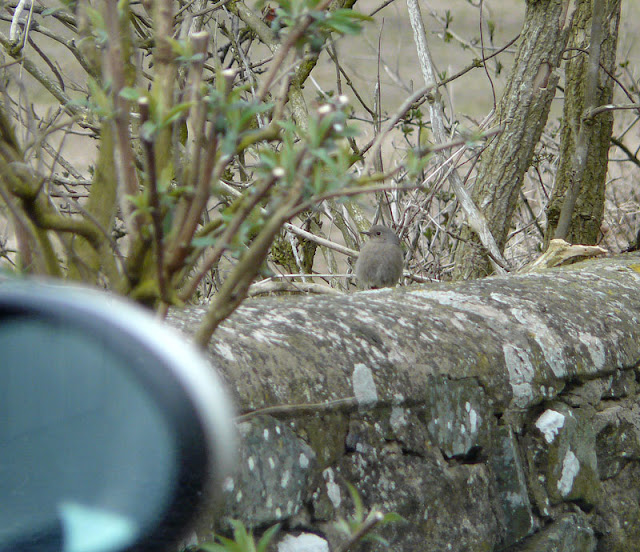 There it is on our wall...
With another migrant new in along side... 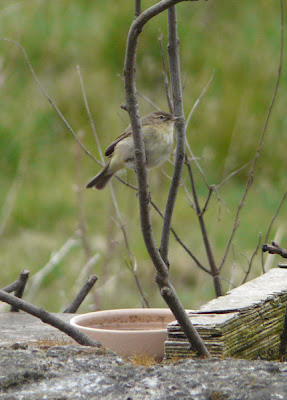 Chiffchaff above our bird table.
OFFH List 109
Posted by Stewart at 6:11 pm

wow! Very envious of that one Stewart. At least you found that yourself :-)

Great garden tick Stewart! I'm sure it will be bettered though...!

Yep, a cracking garden tick, there Stewart.
Tonight`s forecasted to be a bit warmer. Good luck, if you`re trapping again.

Nice one Stewart. It's not often I read your coastal birding news without feeling a tinge of envy, but at least on the Black Redstart front I know the feeling - had one in our much less likely garden in Feb 1997. It even sparked a local twitch!

Traps are back out tonight.

Cheers chaps.
Dean / Mark - Trap is on ( Garden Moth Survey) but its not warmer here. The wind is a gusty E4, 6 degrees so far...But April is now here so each day should mark and improvement on the last... What we lack in moths we might make up in migrants. A Great Grey Shrike would be good ;)

Superb shot of the Red Chestnut! and thats a good catch, pretty similiar to what I found tis morning, although it wasn't frosty but a balmy 5c!!

Stewart, it must have taken years of practice to get them to sit still like that maybe we should start calling you the Moth Whisperer.

I've spent all day floggin the patch, dreaming about great grey shrikes ! The only spring bird I've ever seen on the coast was on the same fence line as 2 black redstarts....