...snappy, eh. Bound to get more hits on the blog that heading is.


Anyway, last night was my Garden Moth Survey and things looked promising. We went out in the car shortly after dusk, and a good few moths were seen in the headlights not far from home. The first two Pipistrelles of the year flew along the lane, and a Barn Owl was near Hemmel House. Although only a few hundred yards from home, we were in the car so they dont go on to the OFFH lists for obvious reasons.


This morning I was out sharp and keen to see what the trap held. Egg boxes were carefully removed and examined for choice lepidoptera, but as disappointment after disappointment came, the trap was empty with no result. Then I saw a movement on the bare plastic base of the trap. A moth! 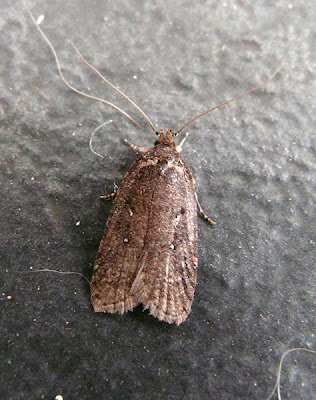 Agonopterix heracliana
Not much to look at but I did need to get the books out... better luck next time.

After all that, I headed north to a a little watched forestry area where I have had Goshawk in the past to see what I could find. This area is no Harwood or Kielder but it has no other observers either so it suits me.

After a walk of about 5 miles the only raptor seen was a lone Buzzard being harassed by a crow. Plenty of Crossbills brightened the day and the forest was ringing with their calls. The largest group I saw was of about 40 birds. 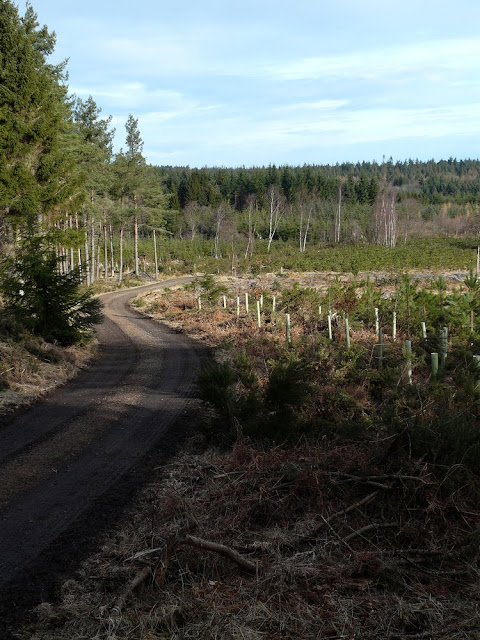 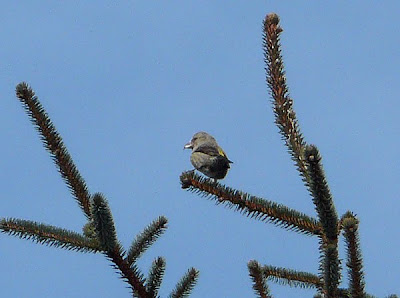 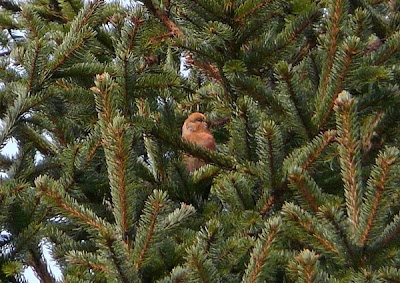 Further into the wood I was suprised to see a Brown Hare loping along the ride toward me. I fumbled the camera and only managed a few head shots before it went under the trees. Unusual to see a Hare in the middle of a wood. No sooner had the Hare gone then my eyes focussed on a spotslightly further away to meet with the gaze of this Roe Buck. His antlers are still in velvet. 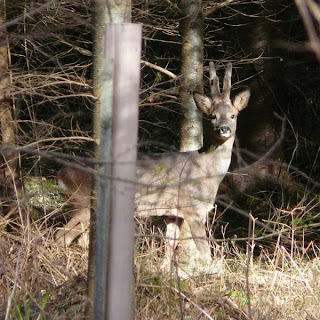 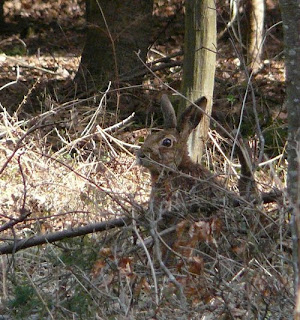 Great wildlife sitings. I hope you have better luck with the moth trap tonight.

Some mild nights forecast for this week Stewart. So, good luck mate.

"and a Barn Owl was near Hemmel House. Although only a few hundred yards from home, we were in the car so they dont go on to the OFFH lists for obvious reasons."

Honesty : that`s one trait, people shouldn`t be without.

Wilma - I did Wilma!

Dean - I hope we get some mild nights AND the wind drops a bit.

No point in stringing a wholly arbitrary list as mine Dean. Nobody cares anyway! :) Now if I suddenly find a White winged Lark... ;)