Wonder of the Day...

or maybe wonder of an autumn day.

If the winds had been more northerly we might have had a better time of it... 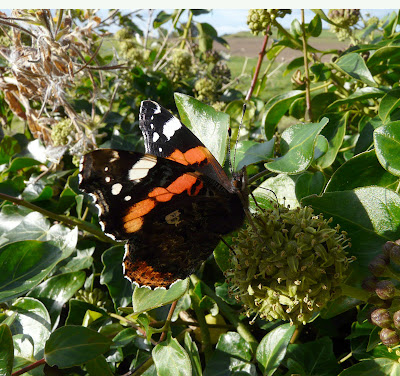 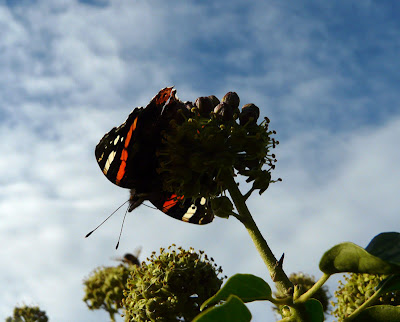 Above - Bonfire smoke in the late sunshine and 20+ Red Admirals feasting on ivy flowers. We also had 1 Painted Lady at Craster and 1 each of Small Tortoiseshell and Large White in our garden. 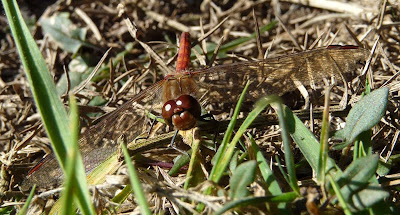 Above - A few Common Darters were around at Craster and a singing Chiffchaff in the sunshine had a melancholy feel about it.. 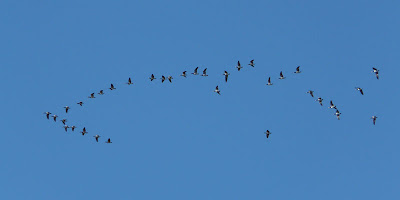 Above - During the morning 620+ Pink footed Geese flew south plus 35 Barnacle Geese. 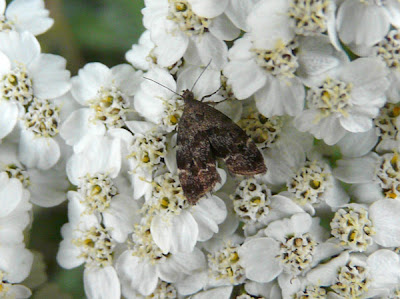 Above - Micro moths are tricky. This tiny specimen on Yarrow is Anthophila fabriciana or Nettle Tap to you and I.

This evening 7 Lesser Redpolls flew south over the garden calling.


But moths were the 'wonder of the day'. Literally. In French anyway....Read on...

As so many Red Admirals were feeding on Ivy I reasoned that after dark the moths would take over, so as soon as the sun dipped I was out lurking around the village walls. I soon found 3 Silver Y's and an Angle Shades feeding. Then I found a new species for me, Yellow Line Quaker, below- 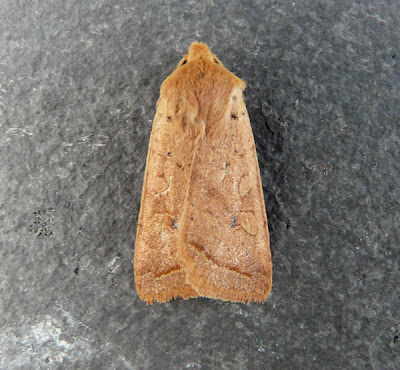 So on went the trap. By 11.30 pm it was very cool and there didnt look to be much activity so I went out to pack up and noticed something fluttering against our shed door. It looked larger and different so it was potted up and taken to the light.... 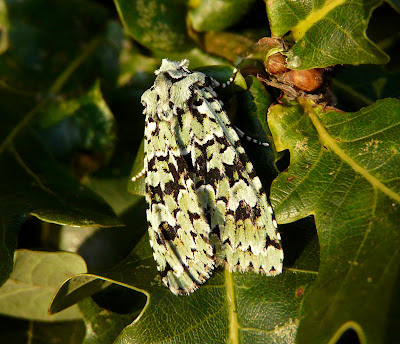 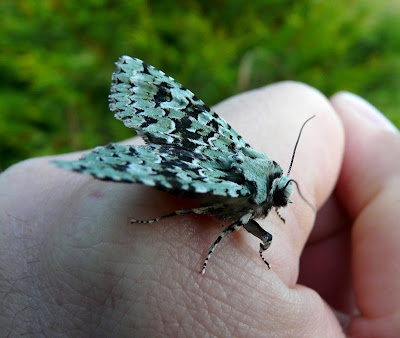 MERVEILLE DU JOUR! Yes, thats its name, translates roughly into 'Wonder of the Day', Only the most beautiful and sought after of moths right in my garden. What a turn up. Click on the pictures for a better look.

Mothing doesn't get better than this...
Posted by Stewart at 7:22 pm

"Mothing doesn't get better than this..."

Too right, Stewart. A beautiful (in the true meaning of the word) species.
I can still remember seeing my first one. I was simply awe struck by it, and still am.

Nice one Stewart. I haven't seen Merveille du Jour for a few years - must get out to some decent woodland at the next opportunity.

OMG! This is fecking spooky!

Great post Stewart - love the light through the smoke, very seasonal.
Your M du J reminds me of a slice of Walls Mint Viennetta!

you're having a good run with the moths Stewart. Good to see 'em, I'd never remember all their names!

Heard the name before , but never seen a picture of one .
That M du J is a beauty .

Cheers for the comments all.

Skev - I must have cast some luck your way ;)

Warren - Me neither I'm a moth 'dude' and am constantly checking the guides.

Rob - I like that Vienetta bit, its spot on!

Thanks for your welcome email, Stewart. I will give the ivy searching a try. That's a wonderful Merveille-de-Jour; a moth I would particularly like to see.