Hi, apologies for the dearth of blog posts over the last few weeks. I began one about 2 weeks ago and never got it finished due to one thing or another.

Last week we were away on holiday up to the Ardnamurchan, our 7th visit to this area and the 6th in the same house.

As can be expected on the west coast of Scotland at this time of year, the weather was mixed, but overall I'd say it erred on the better side. Only Friday was a write off with torrential rain and strong winds, but Weds and Thurs were beautiful calm, clear autumn days. The rest were a bit of a mix.

On the wildlife front, birding took a back seat really and it was too cool for the moth trap though I did try it on one night to justify carting it up here. A few moths were caught but it was all stuff I can get at home anyway.   This visit was mainly dominated by the garden mammals for nature interest.

Out of 7 nights we were visited by Fox on 6 nights, Badger, up to 3, on 6 nights and Pine Marten possibly 2 on 4 nights. It was unprecedented for us to see all three predators on view at one time. There was a pecking order however with a large male Badger on top of the pile, then the smaller 2 Badgers and the Fox with the smaller Pine Marten wary of them all.

The only problem at this house is that there are no outside lights and the windows are quite small, so I hunted around and found a small LED reading lamp that could be balanced on the kitchen window to light the bird table. Using a bit of stiff card to prevent back glare off the glass we managed some great views of the animals, probably our closest ever of Badger and Fox, though Pine Martens can often peer in at windows.

It was important to keep the main kitchen light off so we remained hidden in the darkness, this made cooking the tea 'interesting'. If we go back I will be taking a better lighting set up. One to think about.

Before dusk each night, we put out a mix of food. A muesli of cat biscuits, sunflower hearts, chopped peanuts, chopped apple and grapes and a small amount of jam and bread cut into centimetre cubes. A spoonful of honey was drizzled over the lot. On some nights we put out a whole egg on the table that the Pine Marten took before anything else.

Feeling a bit sorry for the Fox, we cracked an egg on to a saucer one night for him. He stalked up in the darkness to see what this oddity was and attacked. He stole the saucer, tipping the egg on to the grass! He ran off into the wooded garden with the crockery that I had to recover the next day. You might guess who got the egg. Badgers are forensic when they comb the grass for tit bits.... 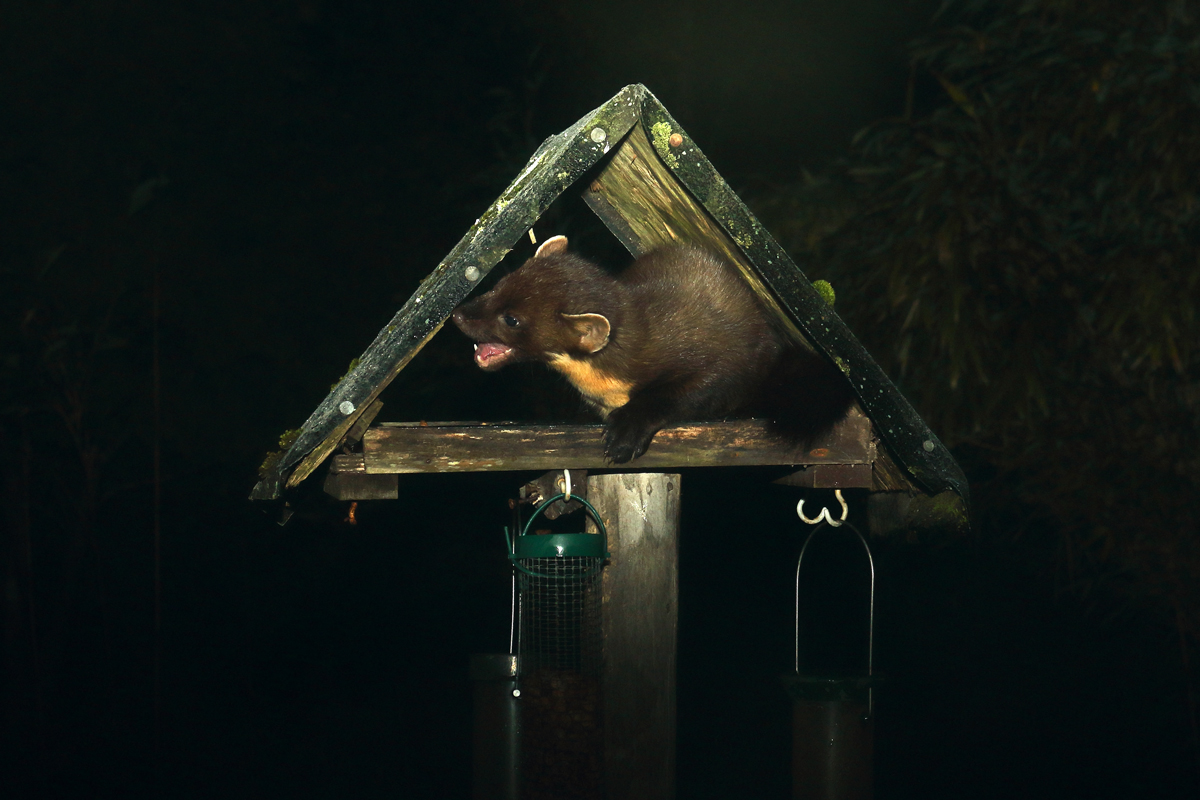 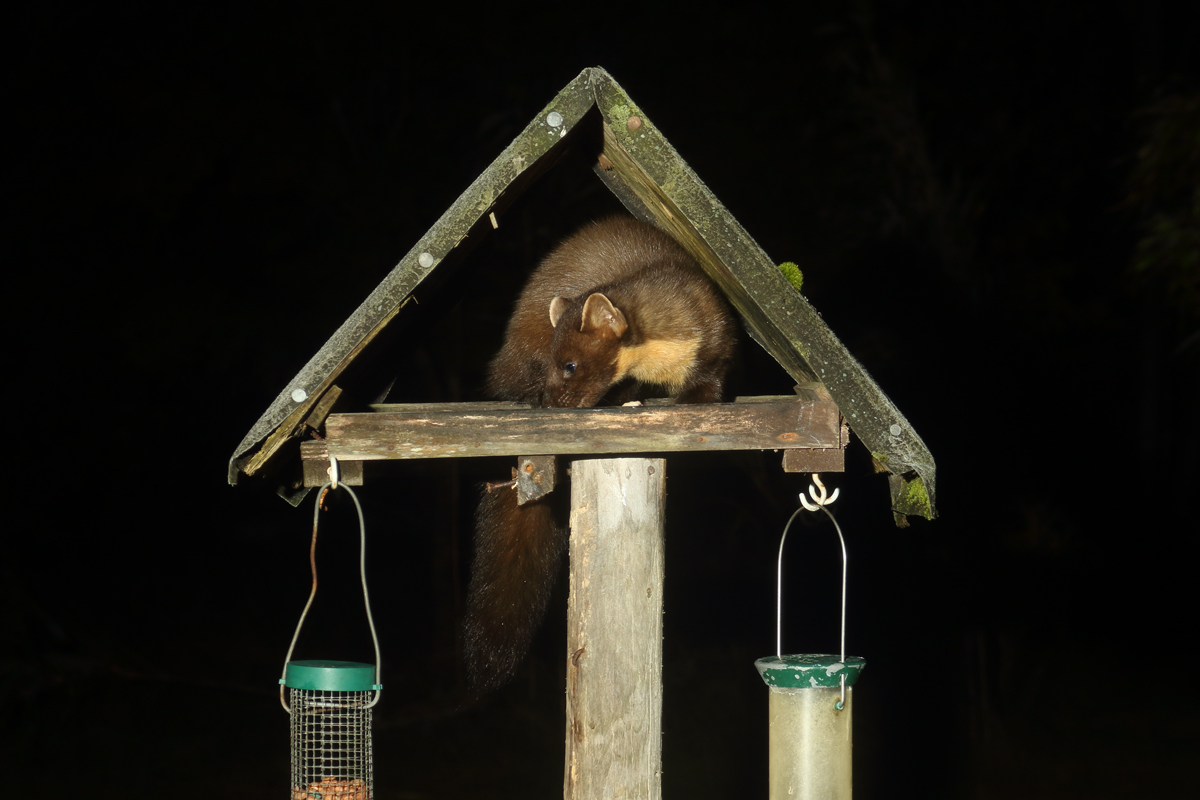 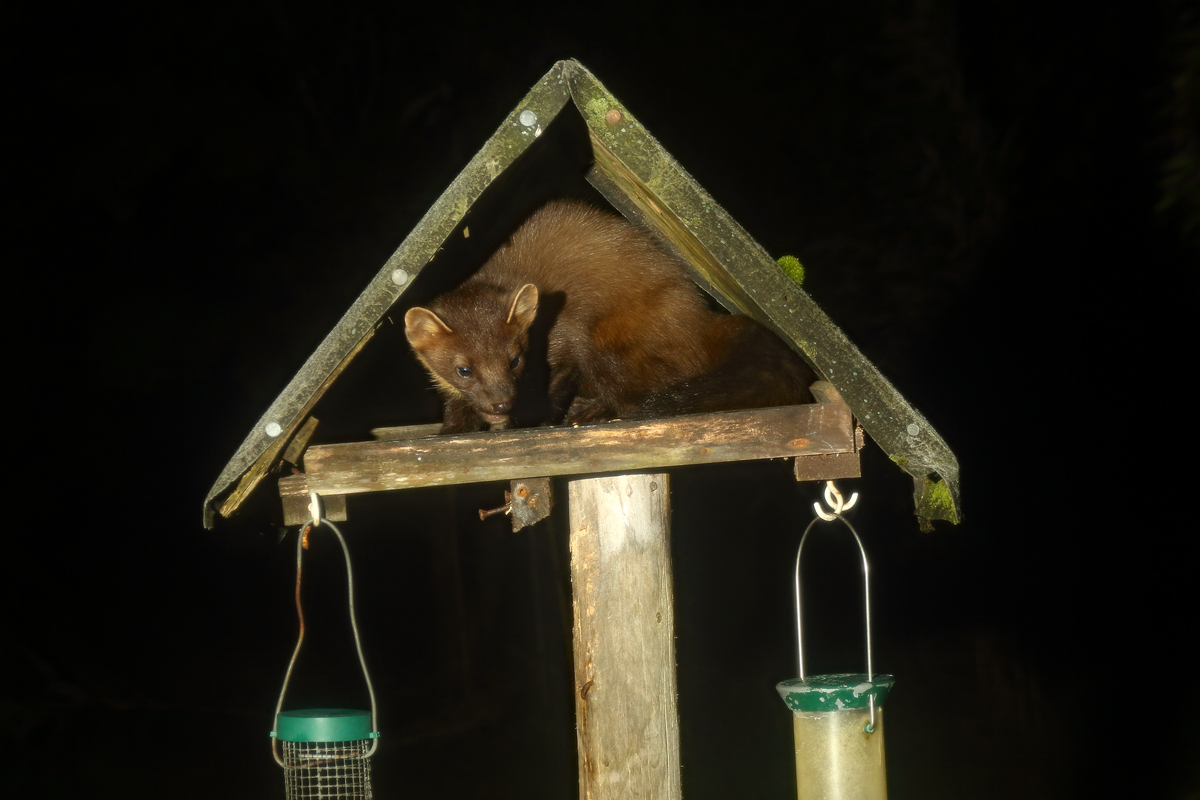 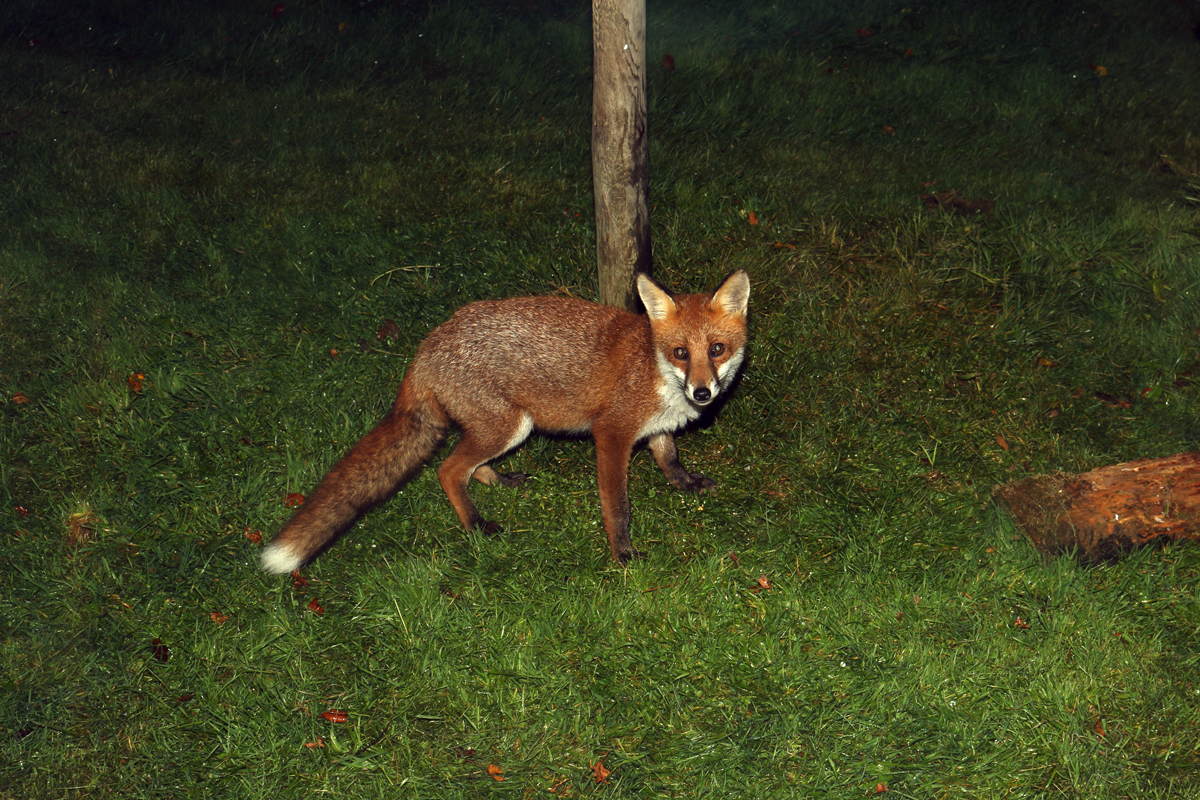 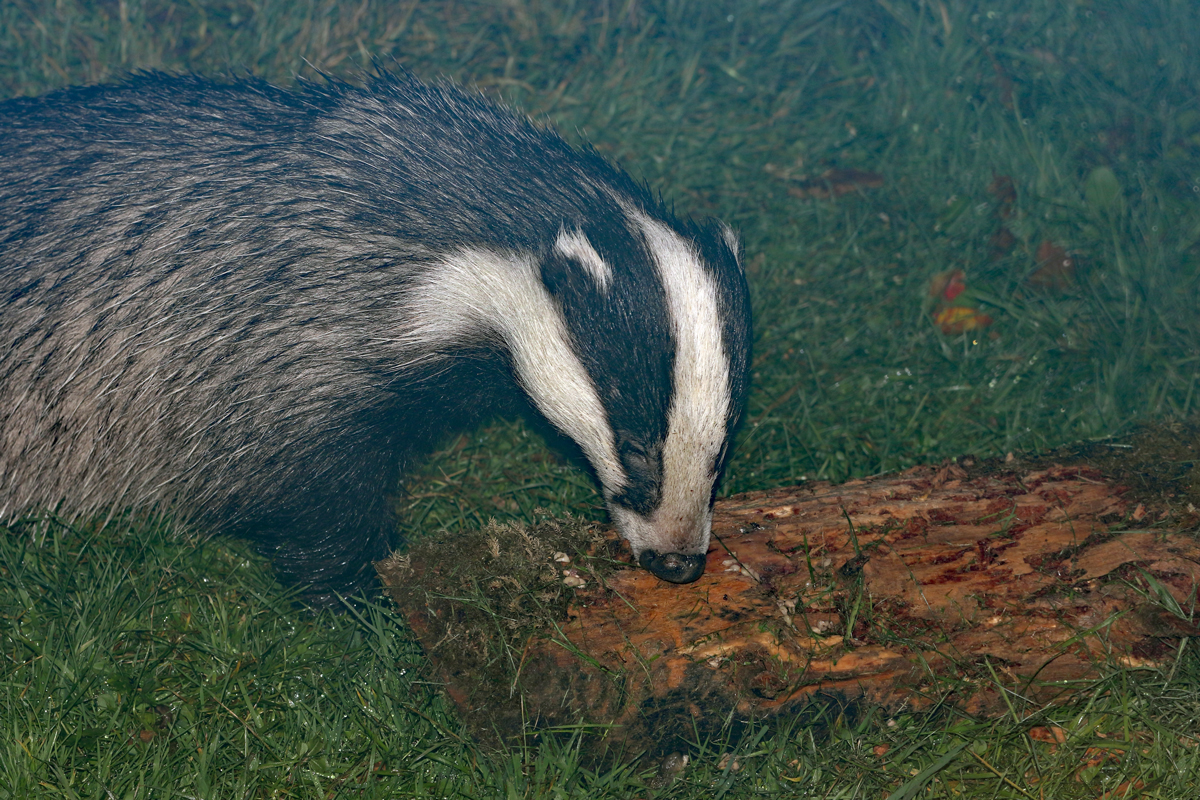 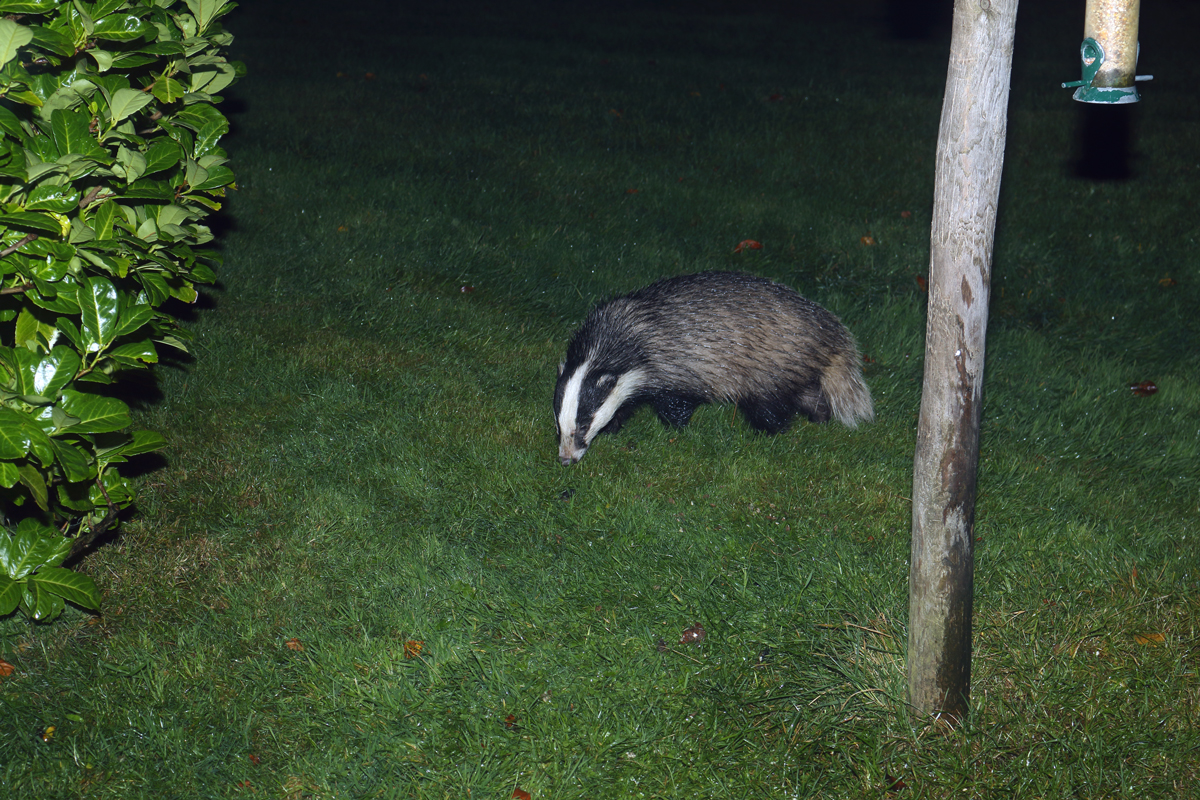 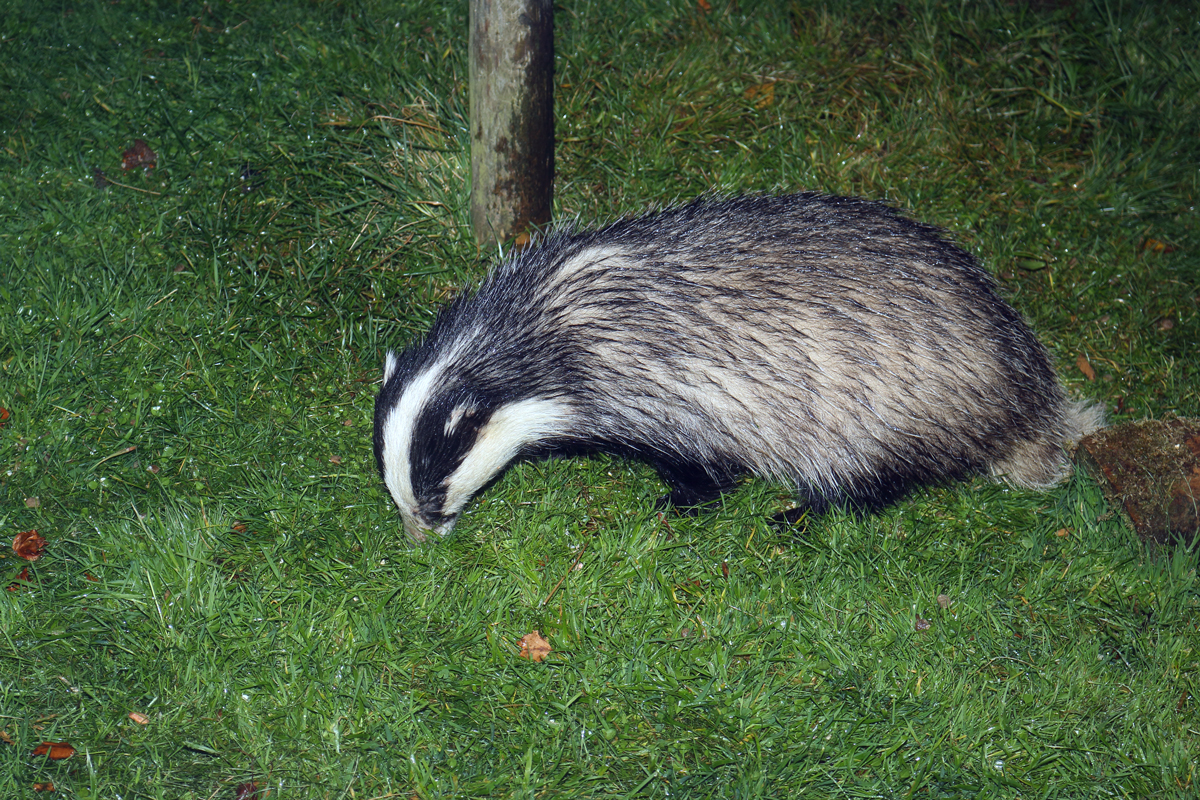 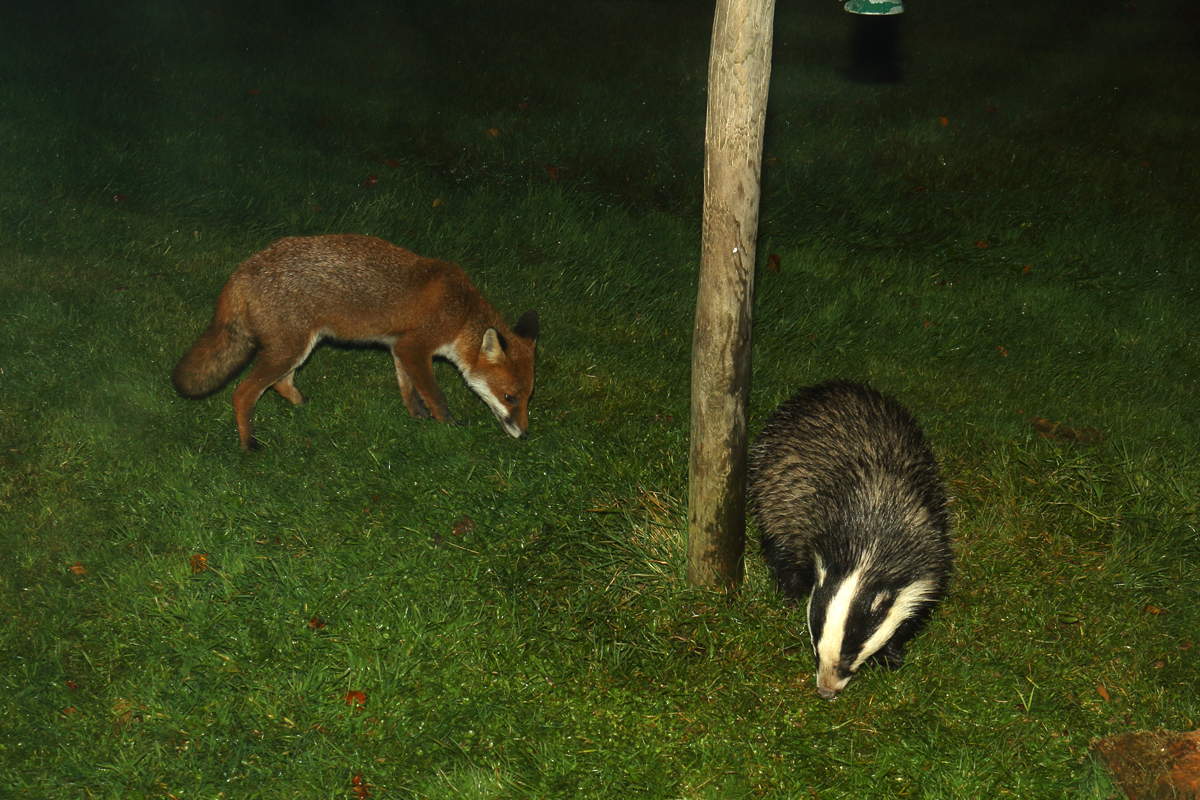 As if this nightly spectacle wasn't safari enough, just beyond the gate were lots of bellowing Red Deer stags with small parties of hinds and calves on the moss too... 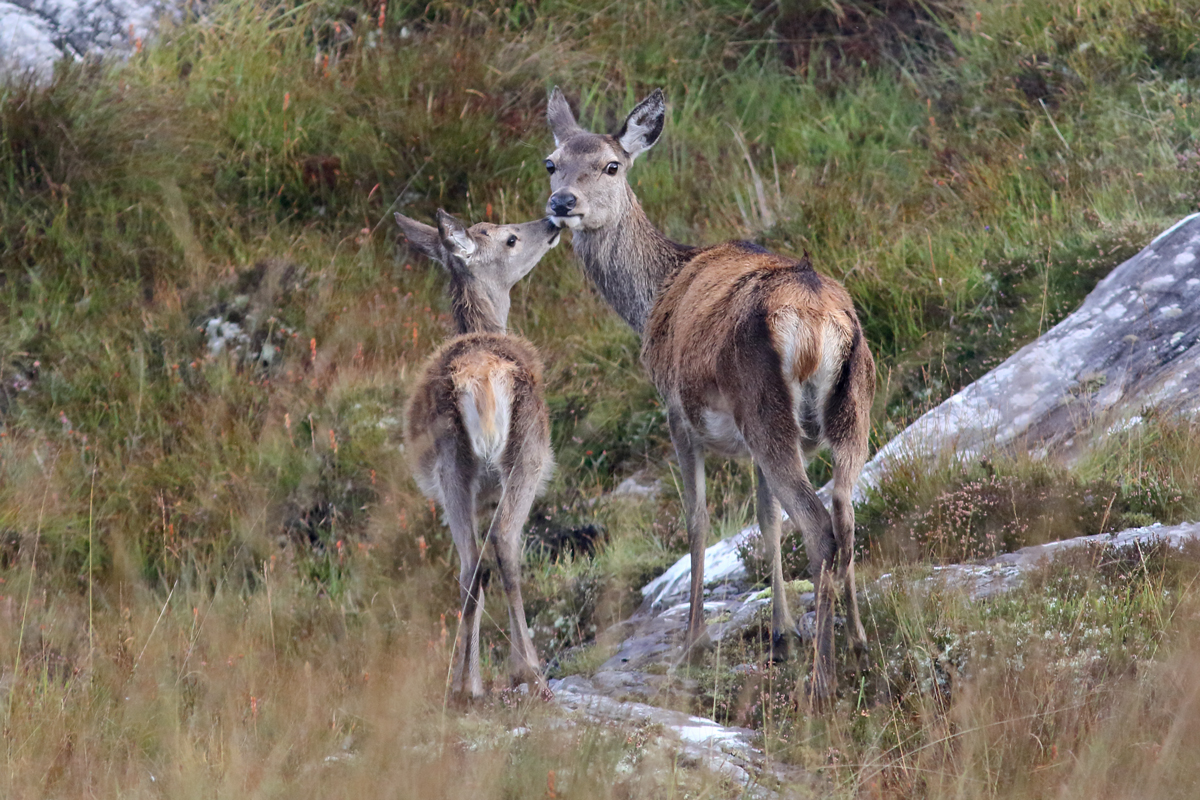 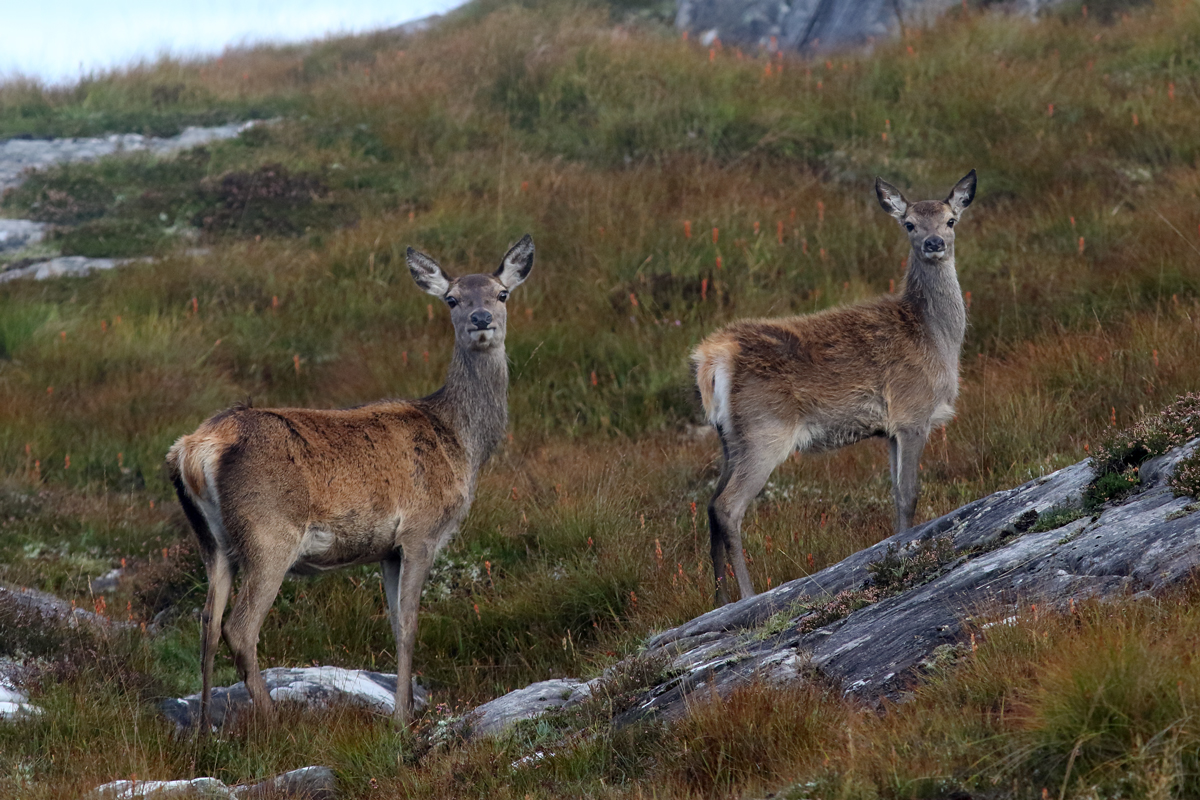 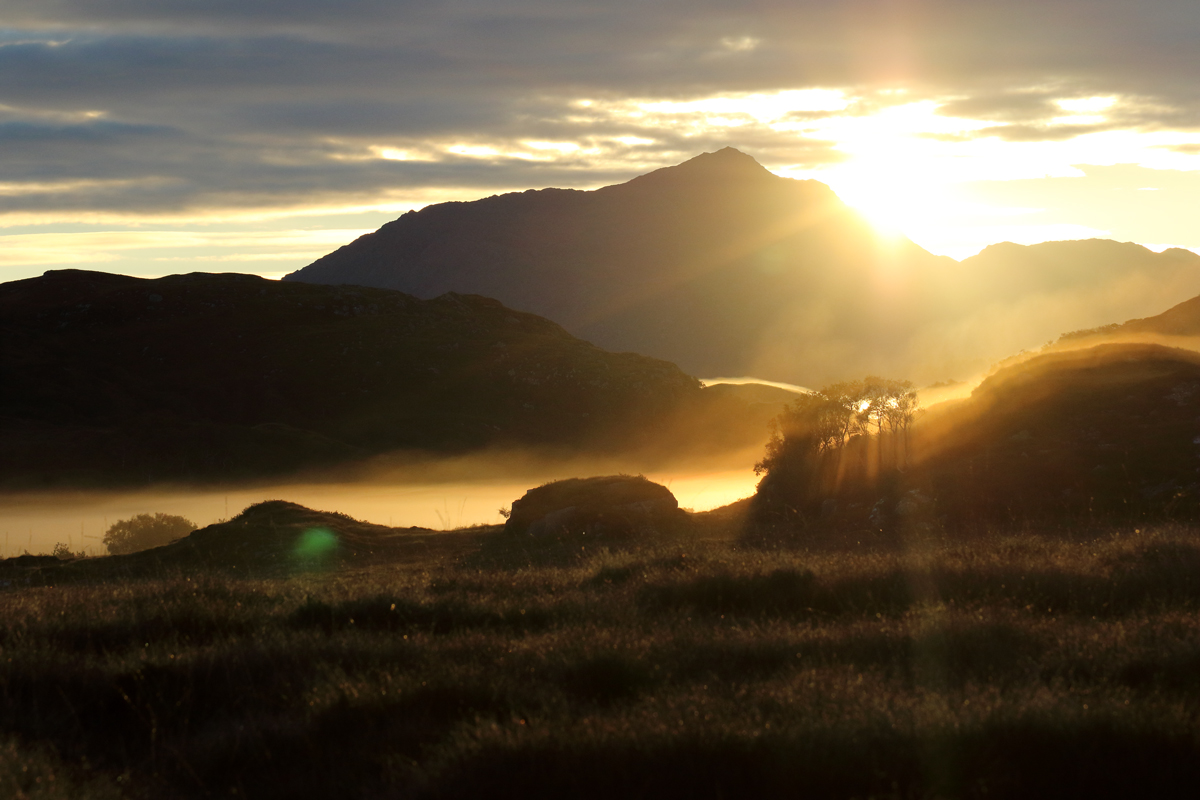 Another fab week away from it all. There must be Wildcats here too surely...
Posted by Stewart at 12:50 pm

Lovely shots. To me Ardnamurchan is a place on the shipping forecast linking south Scotland to north Scotland somewhere up the west coast. Look forward to a post from North or South Utsira.

Cheers Derek, Id quite like to go to the Utsiras...