Although I have managed to get out and about this week after work, I have struggled to catch up with my notes, sketches, blog posts etc. I blame social media. It has to reduce. Is it any wonder it is only drugs and the internet that call their market 'users'!

Last Sunday the weather was ok but with a clear night and a westerly wind, it didnt look good for birding so we took the opportunity to hunt for fungi a short way inland, still within our 10km square of course.

I find them incredibly difficult to id, but we managed a decent list and with the images, I got most identified from the field guide and some helped by the demon Facebook...

On Wednesday 16th, there was a window of opportunity to have a seawatch.

Pochard 7, unprecendented. An absolute mega that would have been the highlight of the day had they not been overshadowed by a stunning, adult, summer plumaged Sabine's Gull that came past, quite close in, with 30 Kittiwakes on my last scan of the day!

Unless stated they all went north. Not a bad four hours on the patch.

And finally to end this scrambled post, Gary Woodburn found a Buff-breasted Sandpiper at Low Newton while we were seawatching. He went for his camera and when he came back it had gone. Later on, it reappeared 5 miles down the coast on the wader hotspot that is Boulmer beach.

Having seen a few in the county over the years I didn't go for it the same day despite only being 3 miles away on me on my 2nd local patch. The next day was fine and sunny so after work I thought Id pay it a visit. It is new for Boulmer after all...

What a lovely little American wader, no bigger than a Turnstone, feeding on the beach at high tide facing regular flushings by dog walkers. I managed a few pics and left it to its business ... 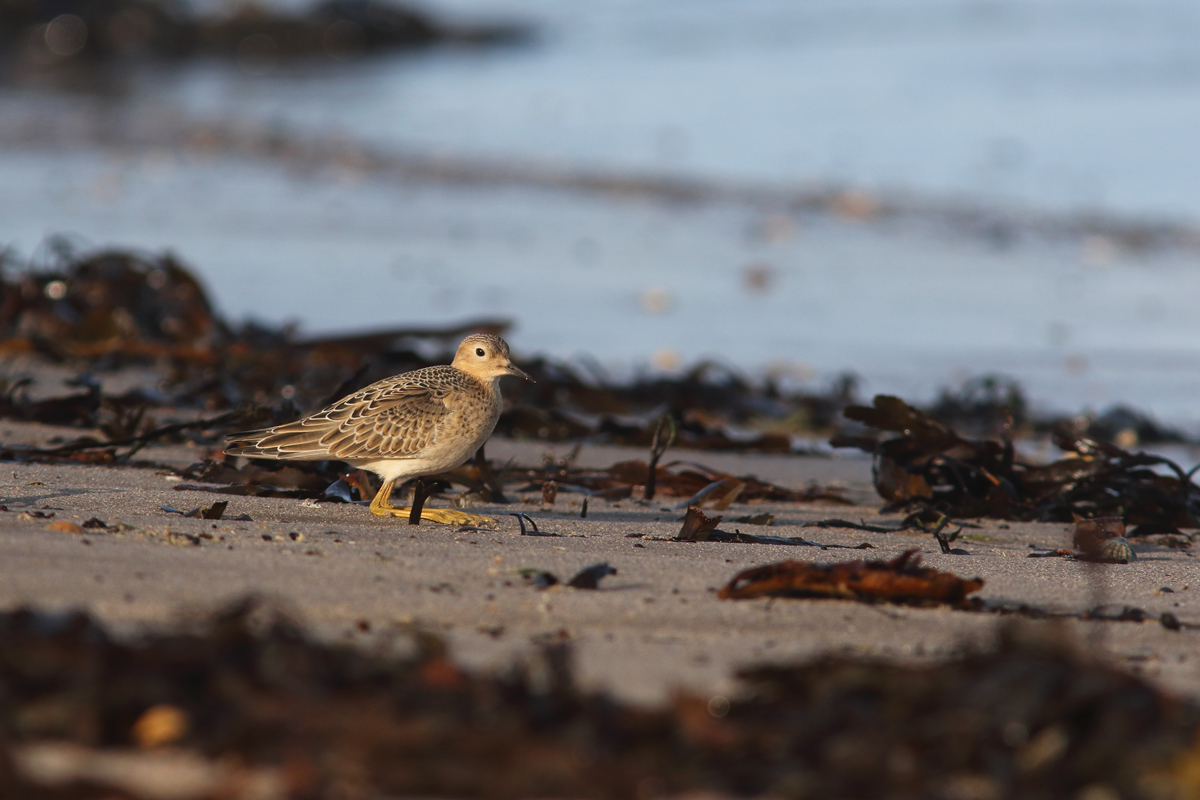 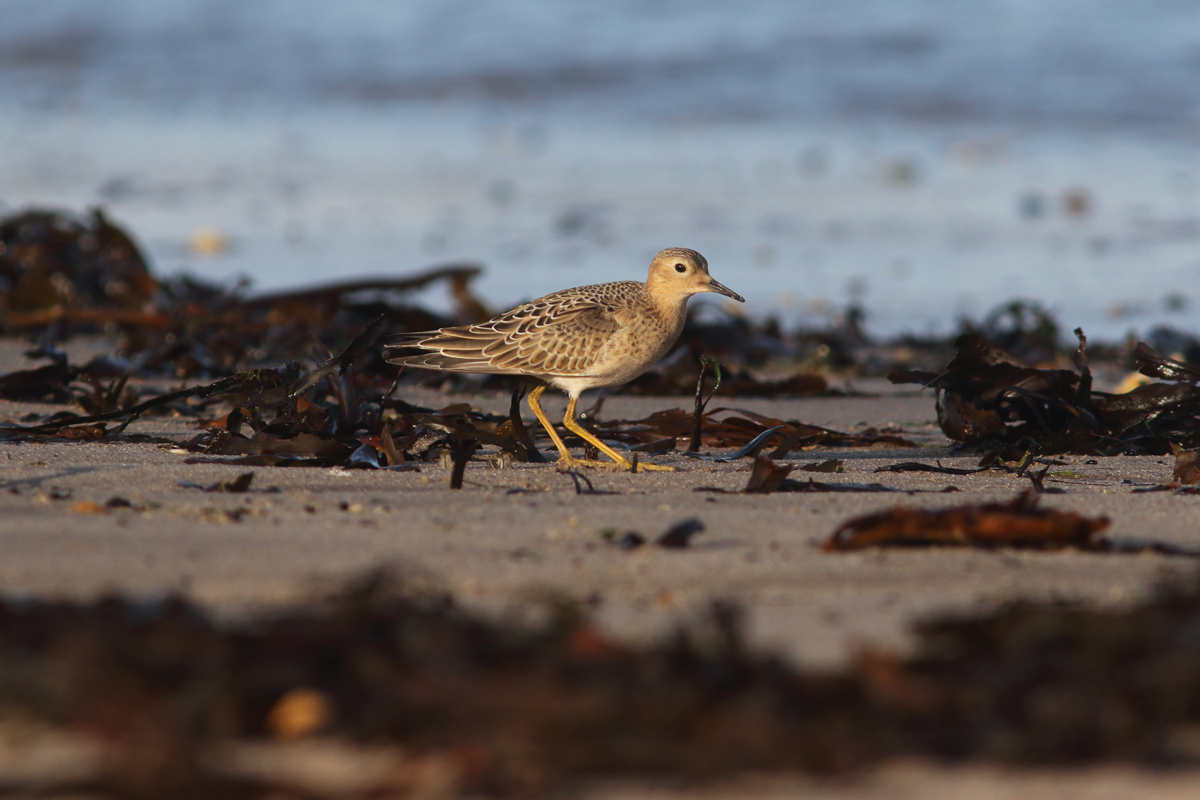 It seems Blogger has changed again, this time for the better? I click my 1200 pixel wide images to original size and blogger has fiited them in my column width without faffing with the HDML code? Mmm, nothing is that easy....

Did you eat any of the shrooms? I’ve eaten a couple off your list.

Nee chance! They are hard enough to identify without playing russian roulette too. Even the facebook id groups dont accept posts on edibility....

Cheers Gav, like the birders photos, I suppose its a birders painting!