A Lifer on the Doorstep. 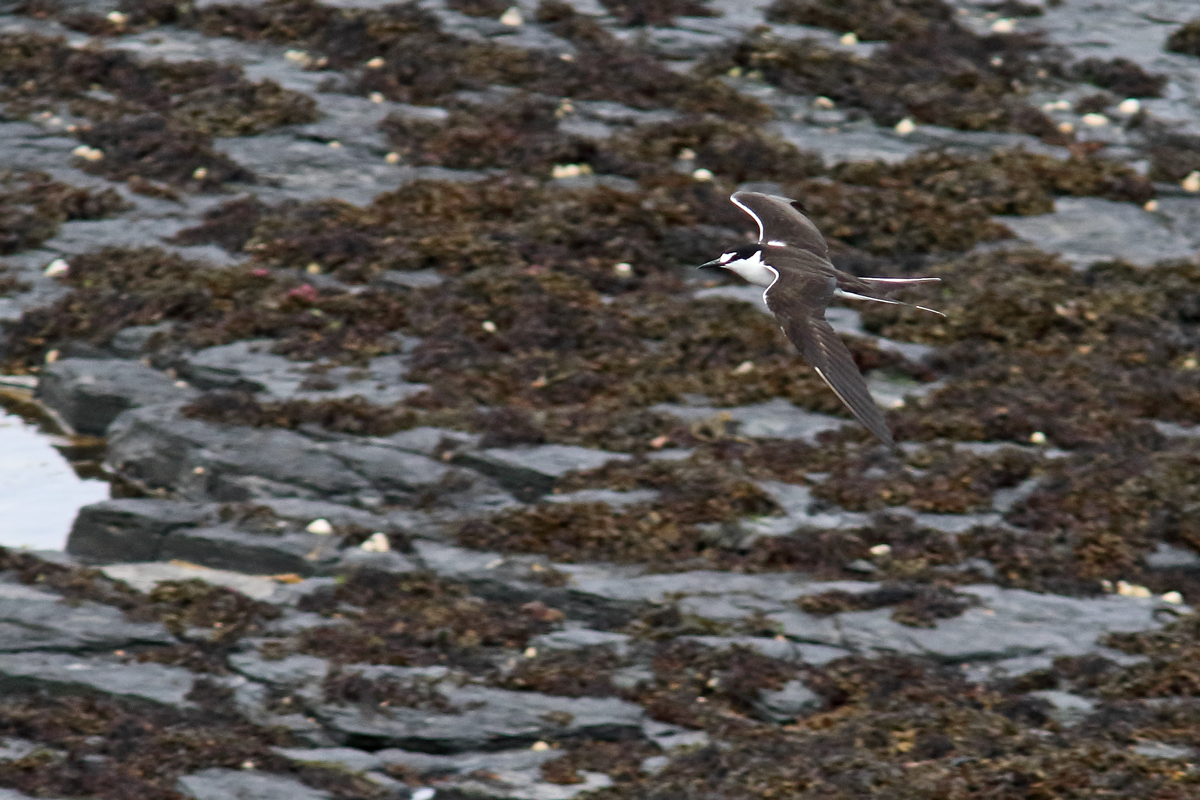 Not literally, though not a 'kick of the arse away' as my dad would say.

When I read Richard Millington's 'Twitcher's Diary' I was intrigued by his sighting of a Sooty Tern at Higham Ferrers Gravel Pits in Northamptonshire on 30th May 1980. The bird was moribund, flapping around on the muddy shoreline and needed to be rescued. It later died in captivity, probably due to exhaustion as it had come a very long way.

Sooty Tern is a very rare vagrant to the UK from its equatorial oceanic colonies. It is a largish tern, a powerful flyer and is generally very pelagic, staying out to sea for long spells. So, when one arrives in the UK pulses race.

In July 2005 I went with Alan Gilbertson, Andy Cowell, Eddie Slack and Ken Dawson to Cemlyn Lagoon, Anglesey, North Wales, and back, in a day to not see a Sooty Tern. The bird had already flown by the time we drove the 300 miles or so.

There have been several in Northumberland but all have been very fleeting and I missed last years fly past due to work commitments. When I heard of a sighting at Sizewell in Suffolk some weeks ago I thought, hoped, we might just get another bite of the cherry.

Then the current tale starts in earnest. A birder visiting Embleton Bay near Dunstanburgh Castle reported a Bridled Tern but it had flown out to sea. Alarm bells were ringing and the questions were asked. Where? Which way? and, could it be the Sooty Tern? The observer agreed that it was a Sooty Tern and was unaware that one has been back in the North Sea for its 3rd consecutive summer. Teams were mobilised into action but only Gary Woodburn struck gold before it did another vanishing act.

Then later on, a photograph was sent to Tim Dean, County Recorder, of a Sooty Tern at 3pm, before the Embleton sighting, sitting in the kittiwake colony on the cliffs at the end of my village!

Disbelievingly, the albatross fiasco still scarring, I dashed along to have a look as did several other like minded souls. No joy. The trail was cold.

This morning those intrepid enough or not at work were back on site early doors. There was no sign of the Tern but a Red Kite came in-off flew over my house without me knowing and neatly side stepped my patch list, again. Two new patch birds dipped in less than 24 hours. Great.  I also checked the spot on the morning dog walk without expectation, after all, this Sooty Tern had been seen in Ayreshire on the west coast of Scotland only 4 days ago, so it could be anywhere by now.

As I am still working from home, I was quick to the phone when it rang at 3.15pm today. Gary Woodburn was on the line, saying 'Have you seen the message?' No, my phone was just on charge in another room. 'The Tern is back on Howick cliffs'. Stunned, everything kind of goes into slow motion as panic sets in. I downed the phone grabbed my gear and jumped into the car to drive 400 yards. I could have walked it but every second counts.

After some initial runaround, I cant describe the relief and elation when as I pushed through a blackthorn thicket to peer over at the kittiwake colony, and there it was, the large sooty black and white Tern was sat right on the top ledge just in front of me. What a bird. I rattled off some shots just as a returning Kittiwake didnt like the look of it and gave it a good thrashing, forcing it off the ledge and away around the corner. Luckily it came back to a brackish pool on the rocks to preen and bathe with the kitties.

Soon afterwards many more county birders began to arrive and all managed to connect. The Sooty Tern had finally given itself up to a very grateful and appreciative Northumberland crowd.

This might well be the bird of 2020 for me and what a star to get on my local patch, that long drive to Anglesey finally put to bed after 15 years. 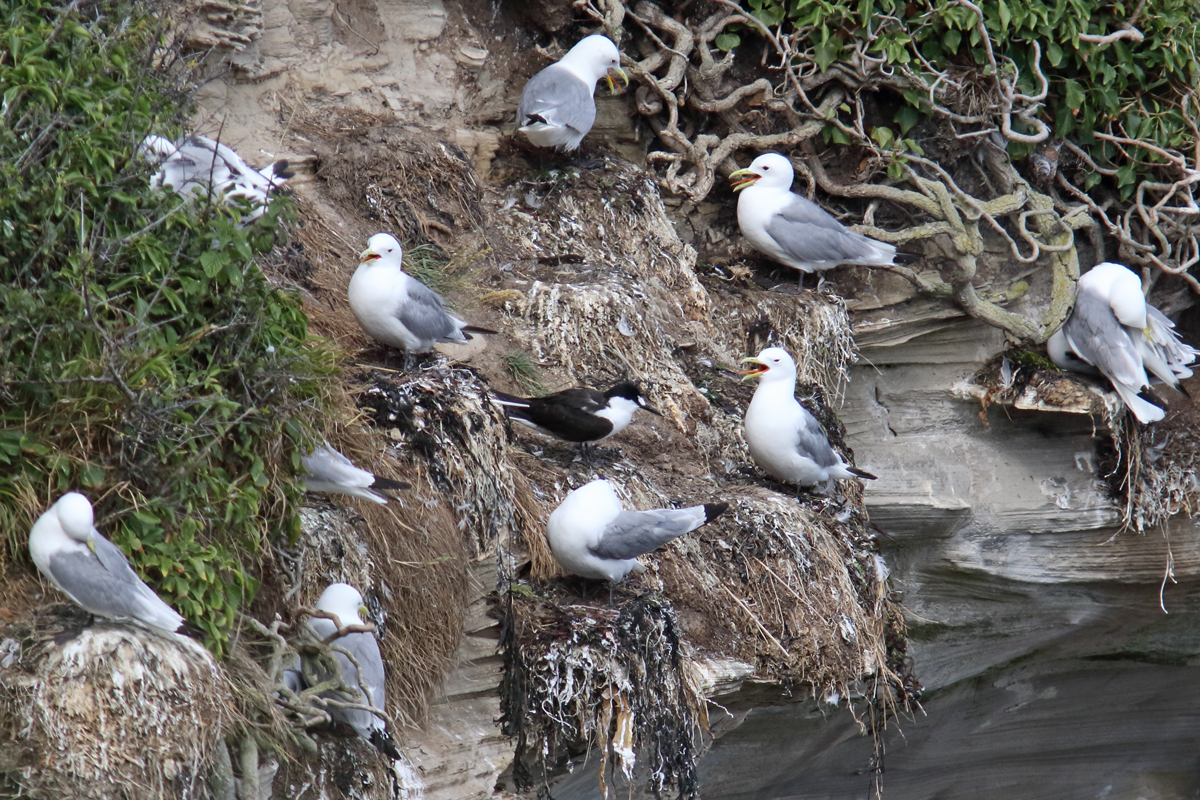 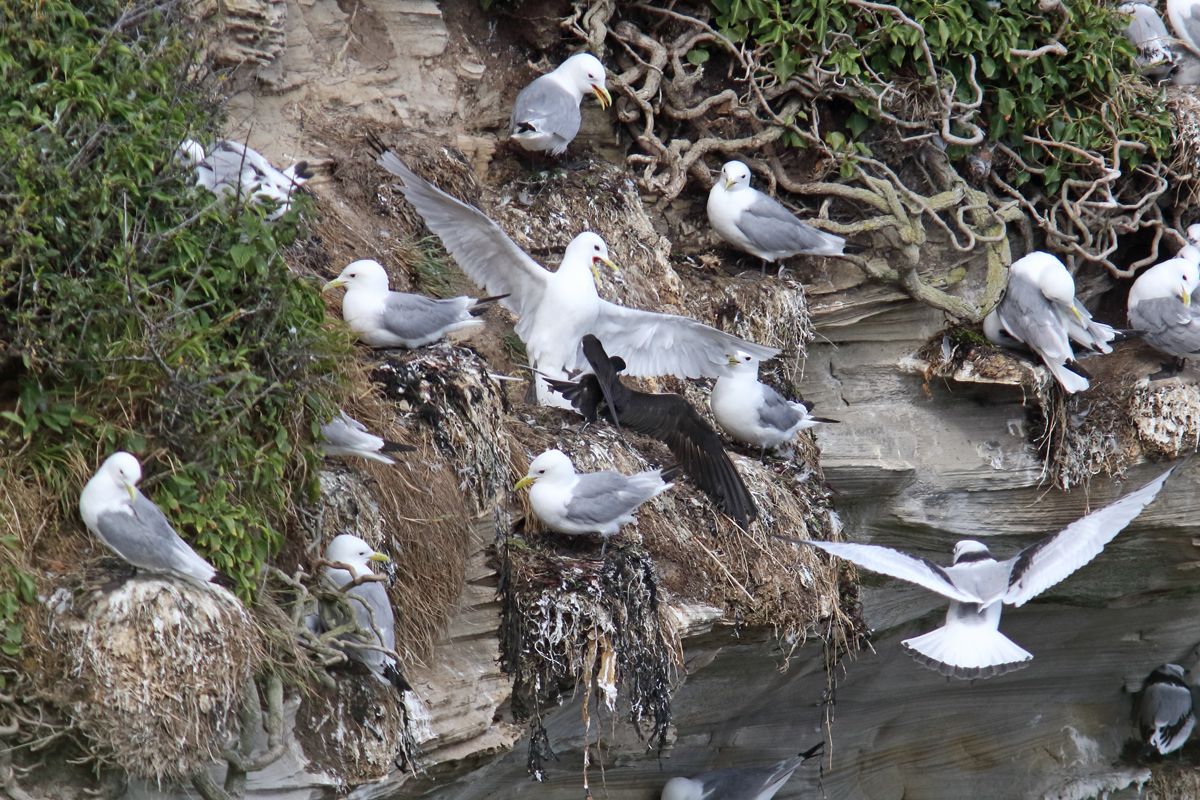 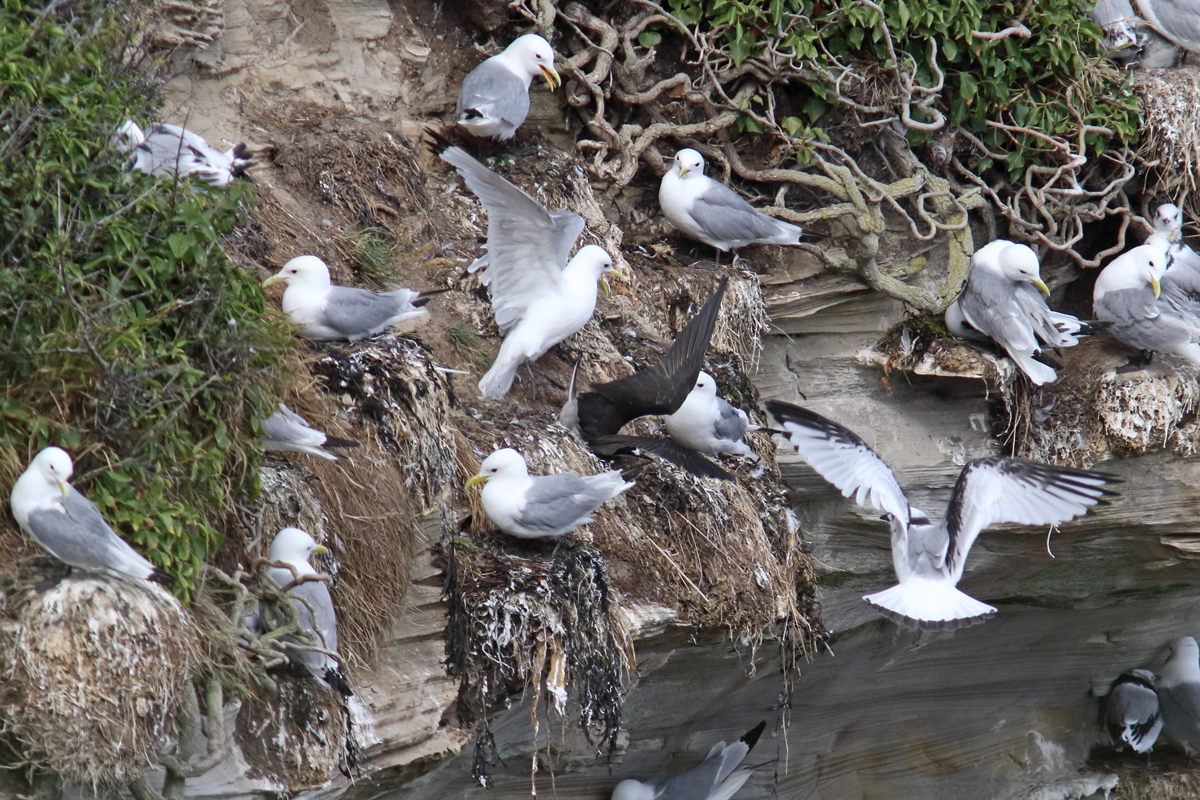 How absolutely wonderful! What a bird - super photos, too!

Oh my days - I'm SO glad for you! Soon as I heard where it had been I panicked that 1) it was a wind up and 2) you'd missed it. Phew, I'm proper happy and relieved for ya buddy!

PS I missed that Cemlyn Bay bird too, London and back for nowt but sunburn.

Well done you. As a birding friend says it's better to be lucky than good!!

What a great tale Stewart!

Thank you for the comments all...

Nice one for the 350! I still need Red Kite on my patch too, but I have seen one on yours. surely this year?

Iain, funny that cos I've had Red Kite at Druridge! :)

Aye I'll get one one day, they are getting more regular in this neck of the woods with a few sightings this year around Longhoughton, Boulmer etc.