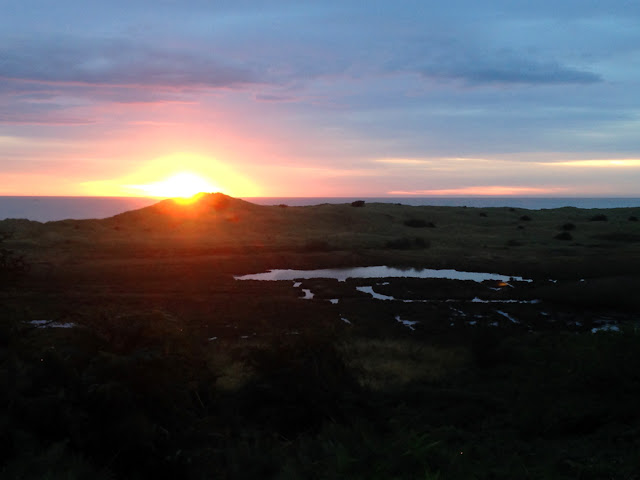 It was still quite dark as I arrived at the top car park at Warkworth this morning to meet up with John.

After yesterday's heavy rain and SE winds hopes were high of something interesting in the car park scrub, but, like with Craster yesterday, it was very quiet. Still as the sun came up birds started to get active. An immature Marsh Harrier came from its reed bed roost, circled for a while then headed off north towards Alnmouth.

It soon became apparent that there were some birds on the move over head - VizMig...
Whilst we didn't do an accurate timed count quite a few birds were involved. From 7am - 10am we had -


Near the golf club  we got a surprise when a Roe doe and two yearlings ran past us. The adult cleared the fence without a problem but the youngsters weren't as athletic and  ran in the opposite direction. The doe was soon searching for them, so we left her in peace. I hope they were reunited... 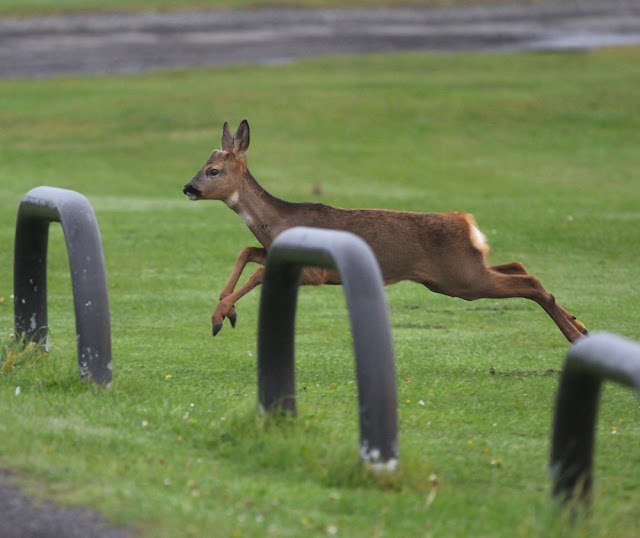 Down on the estuary, fewer waders than lately were on the flats. 1 Grey Plover, 7 Knot, 14 Ruff and a Black tailed Godwit, all juveniles, were the highlights here. A Sparrowhawk flushed everything including this Little Egret into a close fly past.

Up river, 6 Wigeon were of note.