On Friday, John suggested that we have a change from the usual coastal spots and head inland this weekend. So, today we met up at Homebase in Alnwick and headed off up the Coquet Valley between Bilsmoor and Holystone, making a couple of stops on route.

Despite the poor weather, it was cold and windy with odd spattered showers, we eaked out a good day from very little prospect.

In a line of old, twisted Alders a couple of Redstart sang on territory, as did a single Tree Pipit and a Cuckoo. A pair of Treecreepers were feeding young somewhere nearby and a marshy field had Lapwing and Curlew in display mode. 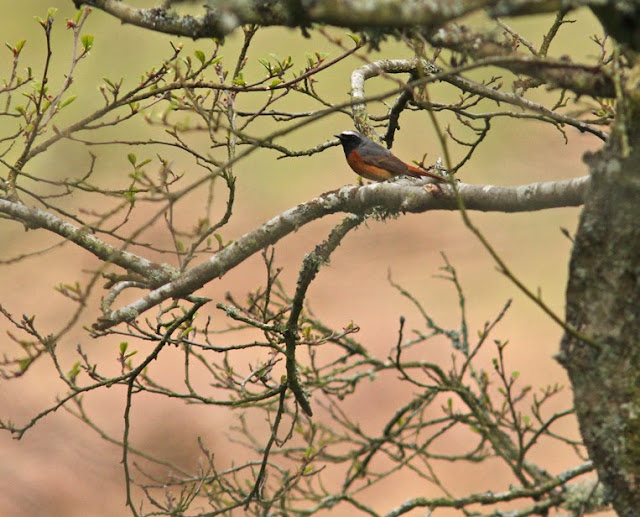 After a while here we took a detour around Rothbury to stock up on refreshments and returned to the upper valley with a stop at Yardhope Oaks.

The ancient upland oak woods here are excellent, a nice change as woods of any kind are in very short supply on the coastal plain. There was not a leaf on the oaks yet. It looked like early April rather than mid May, but down in the shelter of the valley bottom some bird song could be heard over the wind.

Here we had 2 male Pied Flycatchers, 1 Spotted Flycatcher, another Redstart, a female Crossbill plus others heard, and a Tawny owl was mobbed by one of the Pied Flys. 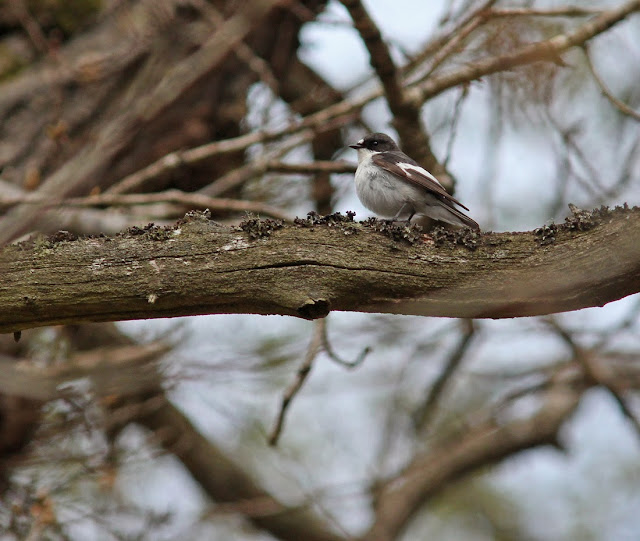 On the way home we stopped at Corby Crags to check for Green Hairstreak but it was a bit cold, then down to Alnwick Castle pastures ( Tom Jones is on here in August), where several Orange Tips refused to sit for the camera.

I never thought I'd see Yardhope mentioned in a blog - it's a small (and beautuful) world - nice to see the homeland looking fantastic with the spring migrants in.