This weekend has been a bit of a damp squib. After a glorious week of sunshine and proper spring temperatures while yours truly was stuck at work, as expected, the weekend reverted back to February status. It was cold, over cast, windy with some heavy rain, but, at this time of year we have come to expect such delights.

Yesterday was quite sunny, but the cold wind kept any thoughts of new migrants at bay, in fact the only summery thing of note was a Blackcap singing near the Hall gardens. The moth trap was ok though with 56 moths of 11 species, compared to today's paltry efforts with 11 of 3!

This morning was spent down at Patch No2, Warkworth,  with JWR, where he added four new species to the year list - Blackcap, Great spotted Woodpecker, Kittiwake and Sandwich Tern. One of the Short eared Owls was still quartering the dunes early on and I managed a heard only Willow Warbler near the village the only other highlights.

Rain set in at 11am calling a halt to things, but later in the afternoon the sun came out again, so I popped down to the Howick Cliffs for some Kittiwake photos. Its a bit embarrassing but I have no idea how many pairs nest here, a colony only 300 mtrs from my doorstep! In June I'll do a survey i think... 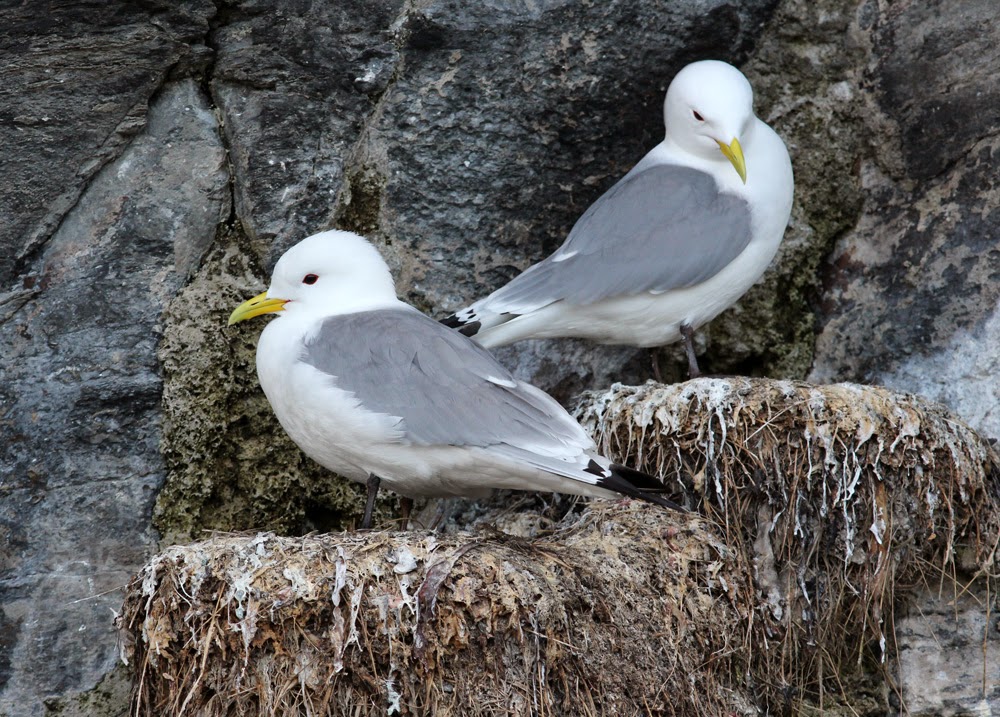 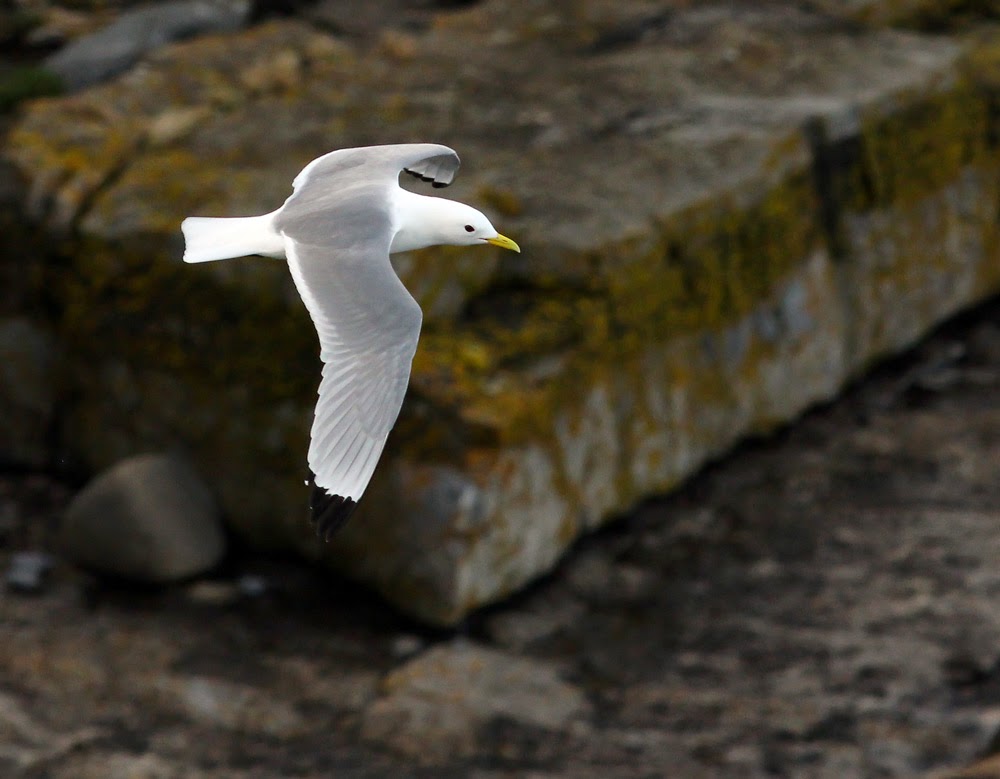 Nice photos Stewart. I know what you mean about the weather, I was stuck in work too last week.