Just back from a couple of hours seawatching from the car at Craster. The weather today is really bleak, just as it should be for an Easter Bank Holiday weekend. I fancy that the moderate south easterly with rain might just drop in an odd bird or two but I'm not wandering about looking for it today. That job can wait til the weather improves.

The sitting-in-the-car-watching-the-sea bit was much more comfortable, but there was little on the move. The full totals are as follows -

Highlight was a tiny Chiffchaff that just dropped from no where into a clump of dock and garden refuse. It flew off again after a minute. Migration is happening... 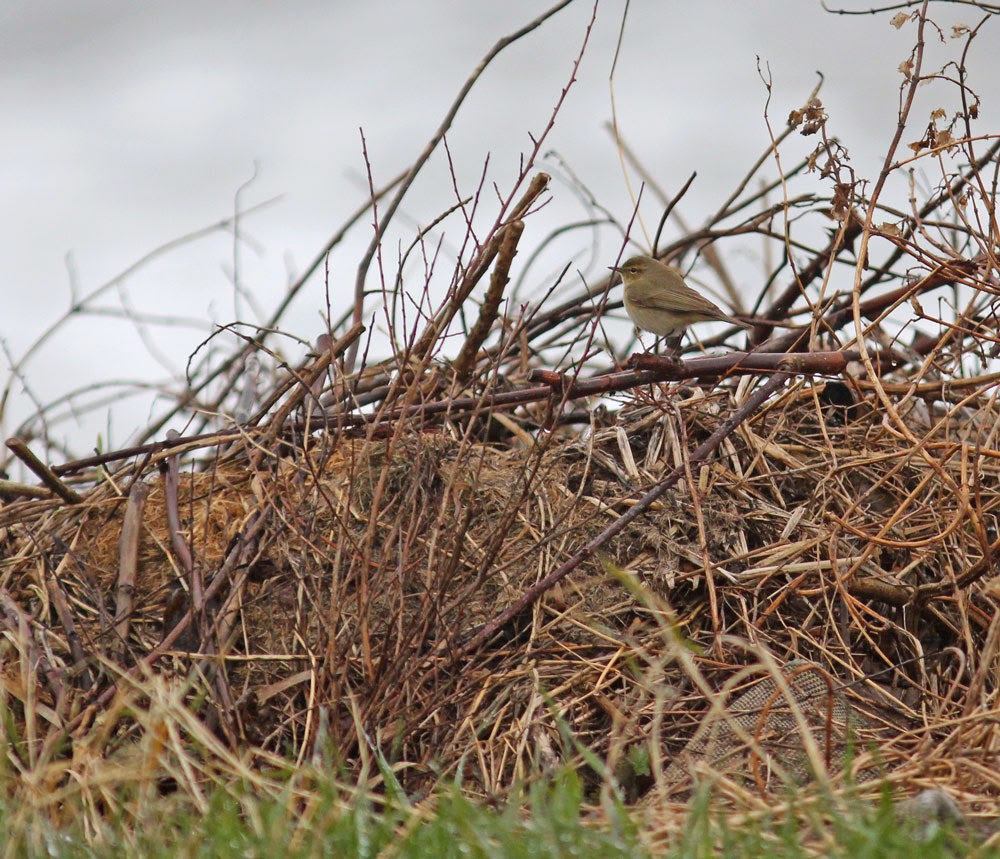 This afternoon we had a walk down to the pond after the rain had stopped. A loud metallic sounding call, very briefly, caught my attention. A scan around revealed the regular 6 Tufted Ducks a few Mallard, a Teal, 2 pairs of Little Grebe, the Mute Swans and then - a Coot! Nice one, Coot has only appeared in 4 out of 7 year lists here compared to Waxwing that has appeared on 5, and equalling both Twite and Yellow browed Warbler. A nice one to get on the team.

ive never seen a chiff chaff, only heard them!

Simon - You should just follow up the singing bird to get a look. Failing that, from late June - September they roam around all over the place and are common in hedges or rural gardens etc. Especially near damper areas, pond margins.

Ian - Cheers, I would follow your blog but you dont have the followers widget added?

Oops I wondered why I didn't seem to be getting any followers. I've added a button now, thanks.