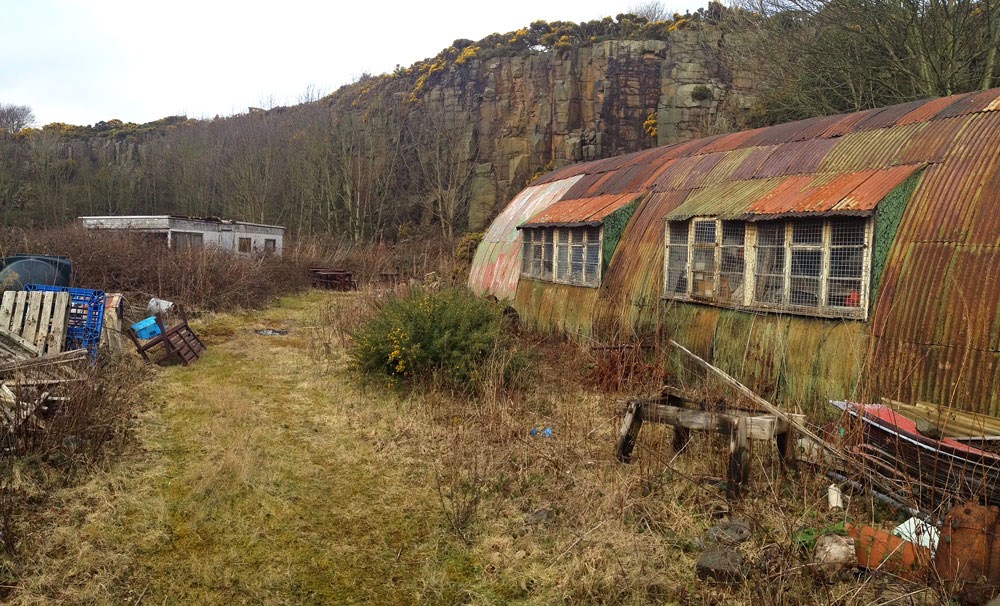 As John was busy this morning, I spent the time combing both north and south ends of the patch for a possible migrant or two. I was hoping for maybe a Black Redstart or even a Firecrest on a light easterly breeze, but they remained 'pie in the sky'. Still, the day wasnt written off just yet.

An early start at Craster was enjoyable, mainly because it was so quiet being pre-tourist time. The picture above is a little known view of Craster that is not shown on the holiday cottage websites but I like its, er, rustic charm. It looks like somewhere a serial killer would hang out! 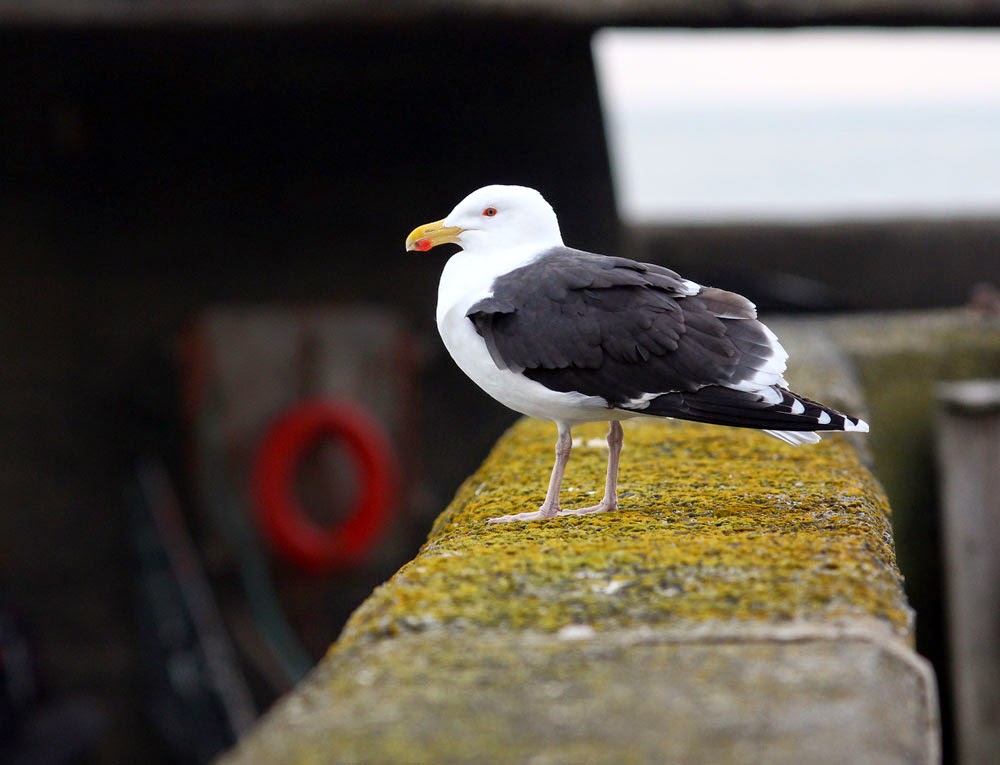 A seawatch for half an hour was slow but some dillegent checking of distant strings of Guillemots and Razorbills produced the expected result - a Puffin. Only one was picked out as most birds were distant, but it was a first for the year. A couple of Red throated Divers and Red breasted Mergansers the only other things of note. A check of the harbour walls and gardens was bird free, even the Purple Sandpipers seem to have gone leaving only this smart Great black backed Gull watching over things. 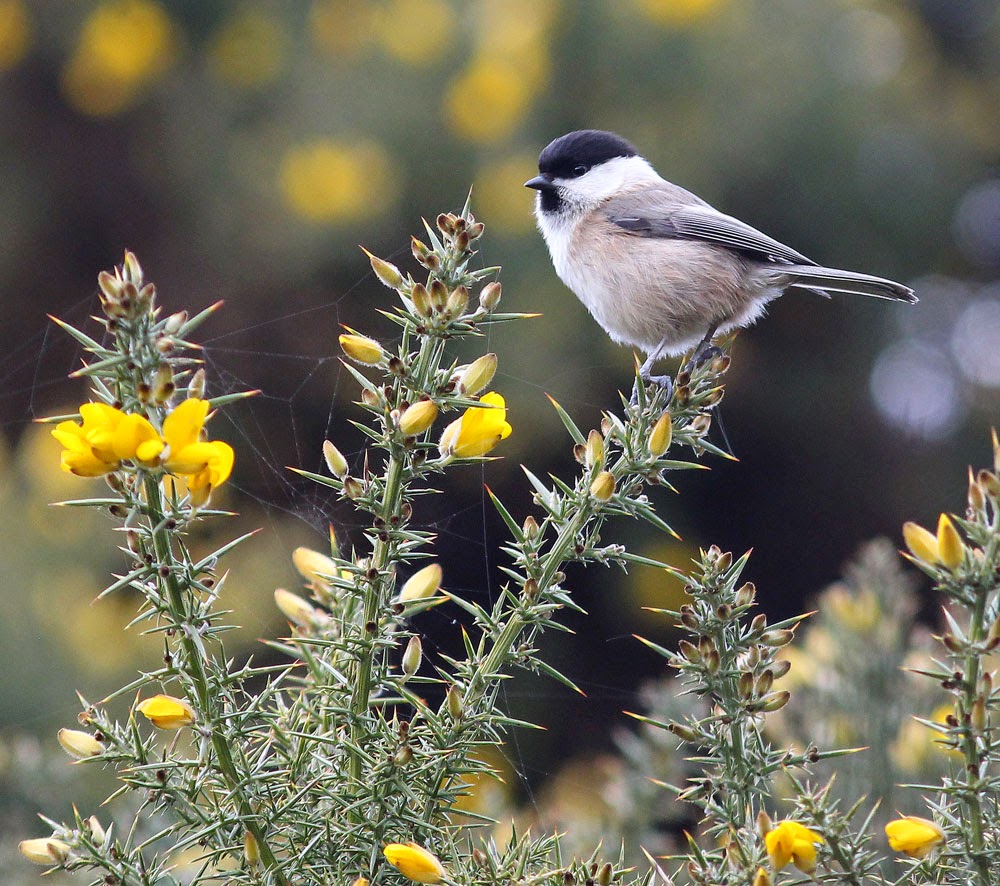 I then wandered the wooded and scrubby areas where the highlight was 4 Willow Tits, including 2 singing males, doing their tree pipit like cadence from tall trees on the roadside. 4 or 5 Goldcrests would be return emigrants.

After breakfast, I started at the southern end of the patch- the Howick burn mouth. En route a scruffy set a side off Tommy's track had a large flock of Linnets with over 200 birds present. I decided to scan with the scope for something more unusual and was amazed when only the third bird in turned out to be a Twite. A rare visitor here and not annual. More scanning showed this to be a loner in with the Linnets, but there were 9 Skylarks and 10+ Yellowhammers for good measure.

Down at the footbridge, 2 Chiffchaffs sang and flitted around the canopy and in dense rhododendron cover evading photography attempts while the walk back up the coast and Rumbling Kern had 3+ Stonechats, a Red throated Diver and 2 Rock Pipits.

Quite a profitable morning I would say....

The friendly war is hotting up...

I look around that part of the quarry when I go to Craster looking for plants. There's not enough of this neglected habitat left around the county. If your going to find Firecrest or Black Redstart that is where they will be in the right conditions. Nice to see Willow Tit; they seem to have disappeared from the Stobswood and Tranwell areas where I used to see them.

A good morning then.. I do like the first image my kinda place to look round, great shots of the birds.
Amanda xx

Nige - James Common is still getting Willow Tits at his feeders in the new houses at the back of Stobswood.