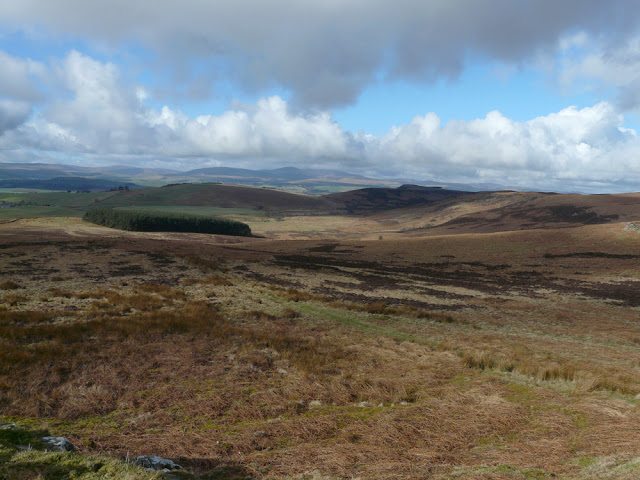 Up on the moors yesterday morning, sunshine and cloud shadow made for a dramatic landscape. Unusually no birds of prey were seen at all, not so much as a buzzard. 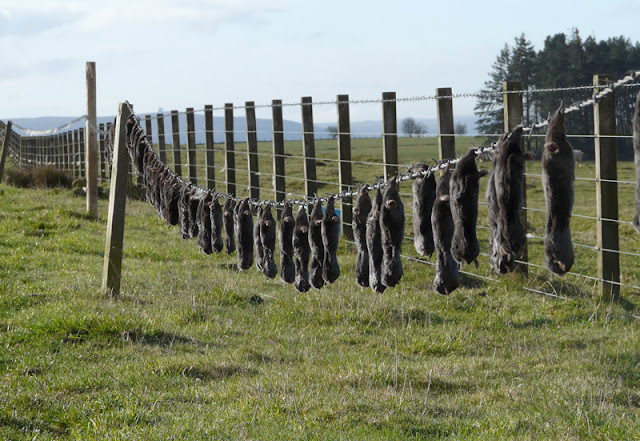 A while back I mentioned how common Moles are around here. Well, they have been thinned out a little on the higher pastures. There were 63 on the fence. They mustn't taste very good because they are never picked at by crows or magpies or anything. 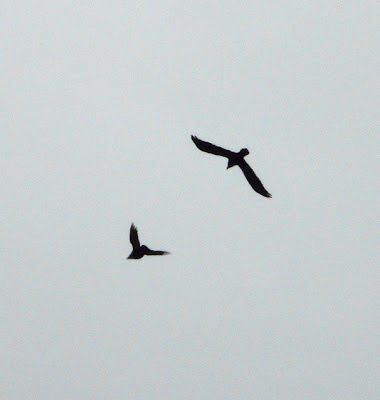 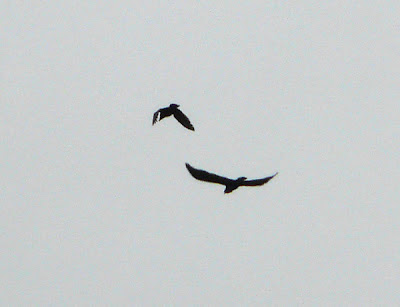 While we walked up a nice gulley in the moor, a Raven came right overhead chasing a crow off its territory. Look at the size difference, the Raven cronking while the crow gave a panicked chatter...

On the walk we flushed a Woodcock from the burn side, maybe a bird back on territory, 5 Stonechats in one area was good and a scattering of Reed Buntings were feeding on heather seed. A few pairs of Curlew were displaying overhead. All this to a throng of singing Skylarks and Meadow Pipits.

While nothing too special was seen, just being up there, on a spring morning, made it good to be alive...
Posted by Stewart at 11:21 am

Lovely view, poor old Moles!! Not how I wish to seem them really.

Hi Stewart, crikey poor moles how barbaric. What is the point of killing the moles in this upland area? Are there crops around? Good photos and like Warren I wish we had these views down in concrete Kent.

Hi all, I know it seems harsh to kill the moles, but you should see how many there are. This is a tiny fraction of what will be in the area. The network of tunnels just under the surface are so much that they collapse in and can be a danger to livestock and farmer alike.

Each year I see fields with thousands of hills ploughed under. Loads of moles must be killed this way, but next year its just the same. I think they must have a high replacement rate when breeding...