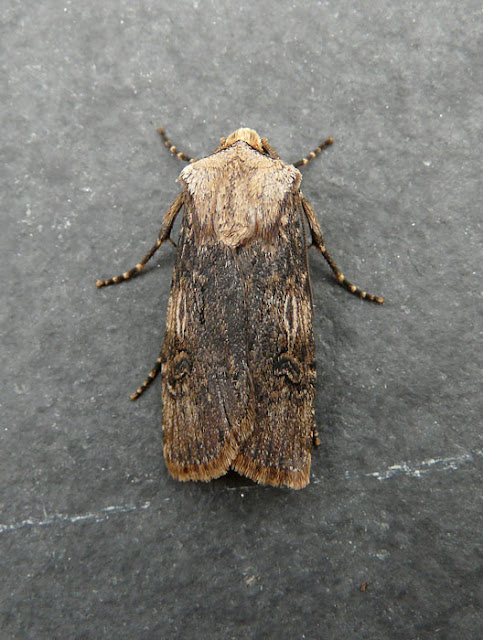 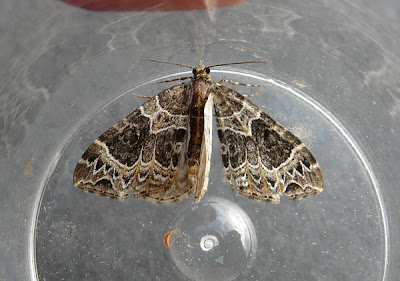 Buff Tip
I make no apologies for the moth dominance on here lately. They are fantastic with even more variation and species than birds....
Mild last night, 8 degrees but clear.

The Buff Tip was pristine and sitting in a shrub next toi the trap this morning. I've showed it to the whole village just about! They were most impressed...
Posted by Stewart at 10:23 pm

Glad to be seeing a bit of variety at last eh Stewart?

You might want to double-check that BB Carpet though .... Waring page 136.

The Buff Tip is very beautiful, Stewart - it looks like a twig. In fact, looking at my book, all of the 'prominents' and 'kittens' are attractive (although some not as much as their caterpillars).

Good stuff Stewart, we are finally out of the Moth lull! new species very night now, including new for site/garden, so it can't be bad!

I used to see Buff tips on the side of the railway track in the early mornings at Felton Lane. Smart moths.