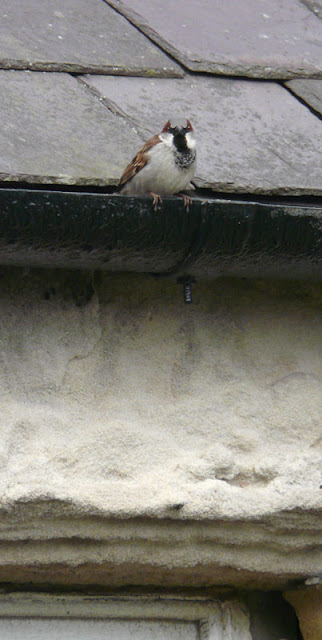 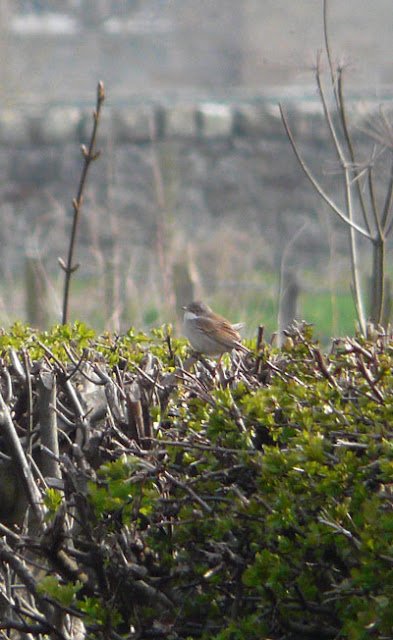 Above - Whitethroat and House Sparrow in classic pose.
A few new additions to the on foot from home lists today. The route was from home, obviously, via the long walk to Boulmer and back by the coast path. The weather was pleasant, mostly, except for a short light shower.
First new species were 2 Common Whitethroats along the lane , followed by a Sand Martin down at the beach footbridge. Our first of many today with loads of Swallows. A single House Martin moving north was the only one of the day, and the last new bird was a calling Whimbrel at Longhoughton Steel.
Other birds of note were 8 Sandwich Terns, 1 Yellow Wagtail N,  4 Wheatears, 20 summer plumaged Turnstones and 2 pairs of Red breasted Mergansers.
Not to be outdone, mammals were added to when my first live Red Squirrel of the year skipped over the road at the Lane End, and a Pipistrelle hunted around the moth trap. 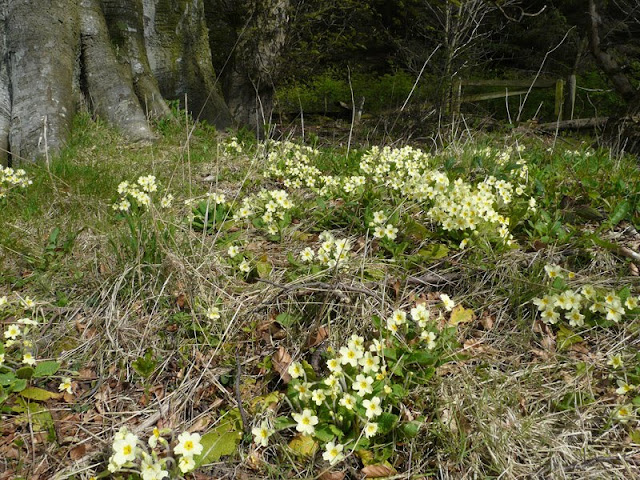 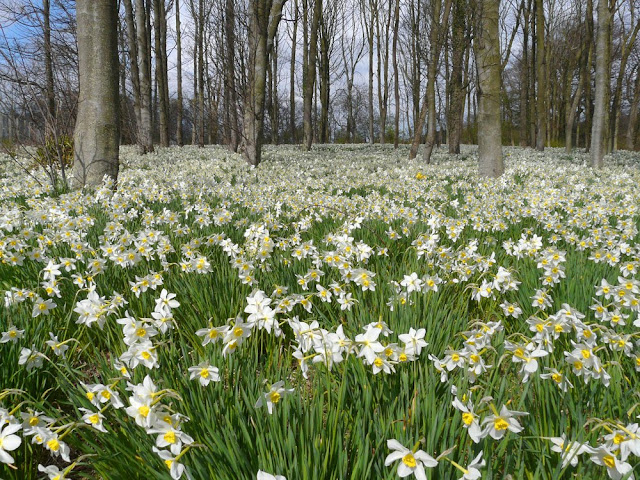 Up near the Hall a fantastic show of daffodils and primroses were in a little visited area of the woods.

Total 108 moths of 9 species. No new species added this week.

Cheers Michelle the pic doesnt do it justice...

Stewart, where did you find that location in the woods filled with Daffodils? Gosh it's gorgeous!