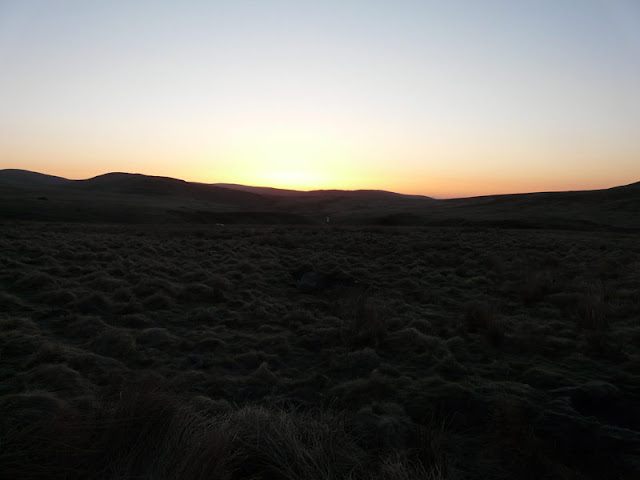 A pre dawn drive, 30 miles west from home saw me up on the wildest parts of Northumberland by 4.50am. My neighbour, John, works up here and kindly offered to give me a tour of the MOD Otterburn Ranges using his Toyota 4x4. Many of the roads would be impassable in my car, so this was a bonus.

We stopped at a passing place just as the sun broke the horizon and were greeted by the wheezing and bubbling of a displaying male Black Grouse. In the gloaming, this single individual did his dance for a while, but didnt attract any attention and soon moved off.

As the sun rose the temperature dropped to 2 below, with a bitterly freezing NW breeze.


At another spot more bubbling calls could be heard, this time from more than one bird, but try as we might we couldnt see them in the rolling moorland.

John noticed something sitting in the heather not far from the car that soon revealed itself to be a nice female Merlin fresh out of roost. It gave good scope views as it flew up into a birch to catch the early sun. A few Buzzards, a Wheatear, 3 Snipe and a couple of Curlew were also seen. 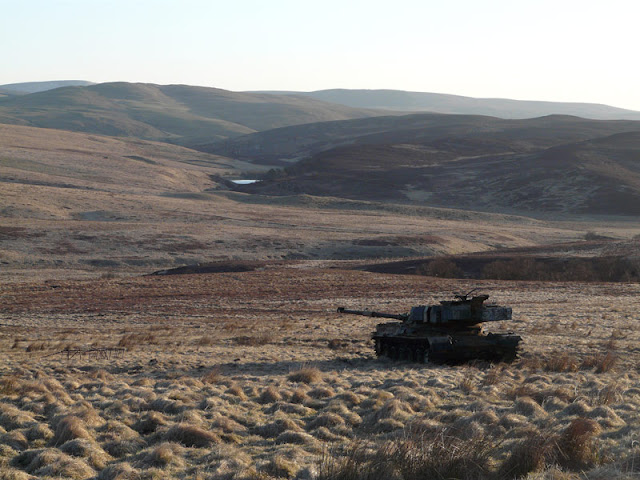 By 7am John headed off to work and I dropped down to Holystone to eat my breakfast near Yardhope Oaks. From the car, there was plenty of activity from Crossbills, Redpolls and Siskins and a female Goosander flew from a small burn.

After the drive back I was home for 8.30am, and ready to get some shut eye...a much better way to start the day than going to work, cheers John!
Posted by Stewart at 10:01 am

Best time of the day Stew. Unfortunately I'm off to work now.

Stewart, that's just the sort of transport you need to get around those hills (did he let you fire the gun???)
Brian

I went to a Black Grouse lek in the North Pennines last week, great birds, love all that posturing and bubbling !

You could have called in for breakfast, Stewart!