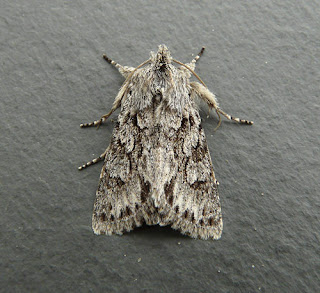 Despite the cool evening ( down to 4 degrees) I tried the trap on after two nights off. Although the catch was less than the two previous sessions it was still ok with - 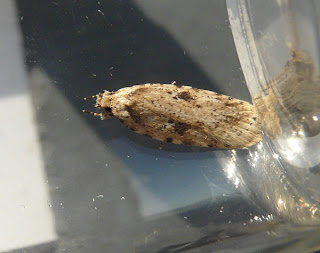 
Last night a pair of Brown Hares were grazing the back field in close proximity to each other from our kitchen window. Still no new migrants in though. I suppose there wont be any change until the wind swings away from NNE...
Posted by Stewart at 8:10 pm