Well, I might as well get the Boulmer info over with, because the birds there have been well and truly eclipsed by the Cresswell Shrike.

Yesterday the day was fine with a light SW breeze. Some early cloud moved off to leave a pleasant afternoon.

A short walk around the North End with Rob and the dogs had a pair of Goosander N, 1 Little Auk on the sea briefly before flying south and a male Velvet Scoter N.

The highlight though came as we rounded the top and an unfamiliar trilling call could be heard. Vaguely reminiscent of a waxwing I assumed that it came from the two turnstones chasing around nearby. I was very suprised to scan with the bins and find two imm male Kingfishers facing up each other on the rock edges.(155) A proper patch tick here for me and completely out of the blue ( no pun intended). They sat with bills pointing away in a stiff pose seemingly mirroring each other before flying off, chasing each other along the shore to the north. 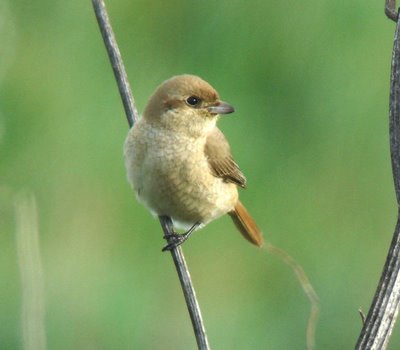 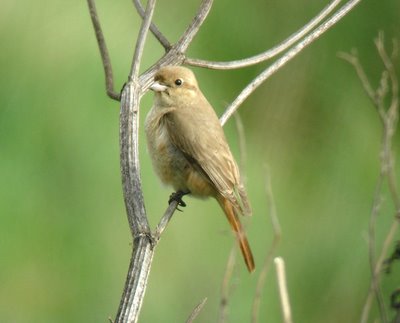 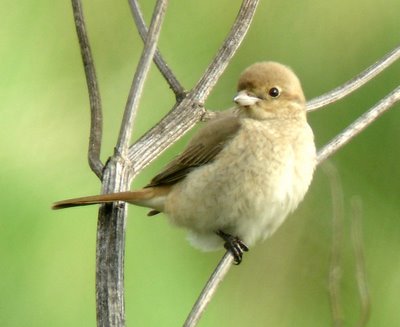 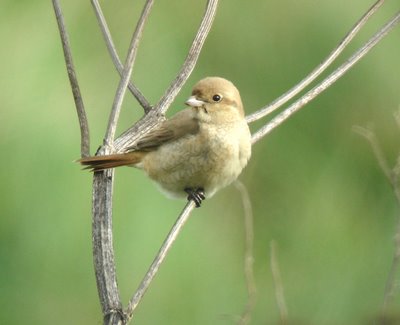 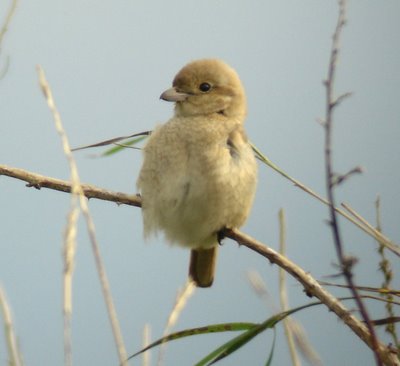 Above - FW Isabelline Shrike, of the race 'isabellinus' or Daurian Shrike.

Originally found last Sunday, this Isabelline Shrike was identified as a Red backed Shrike. I can only assume that the finders were unfamiliar with both, as this bird is very different to Red backed. This is the third record for Northumberland and the second this year. Fortunately this one was accessible and performing very well to the masses in the dunes opposite the Cresswell Pond car park. Even I managed some good shots, so the SLR lads must have some belters.

It spent its time eating Red Admirals, wasps and large caterpillars, though I hear that it caught and ate a linnet that was mobbing it today!
Posted by Stewart at 5:18 pm