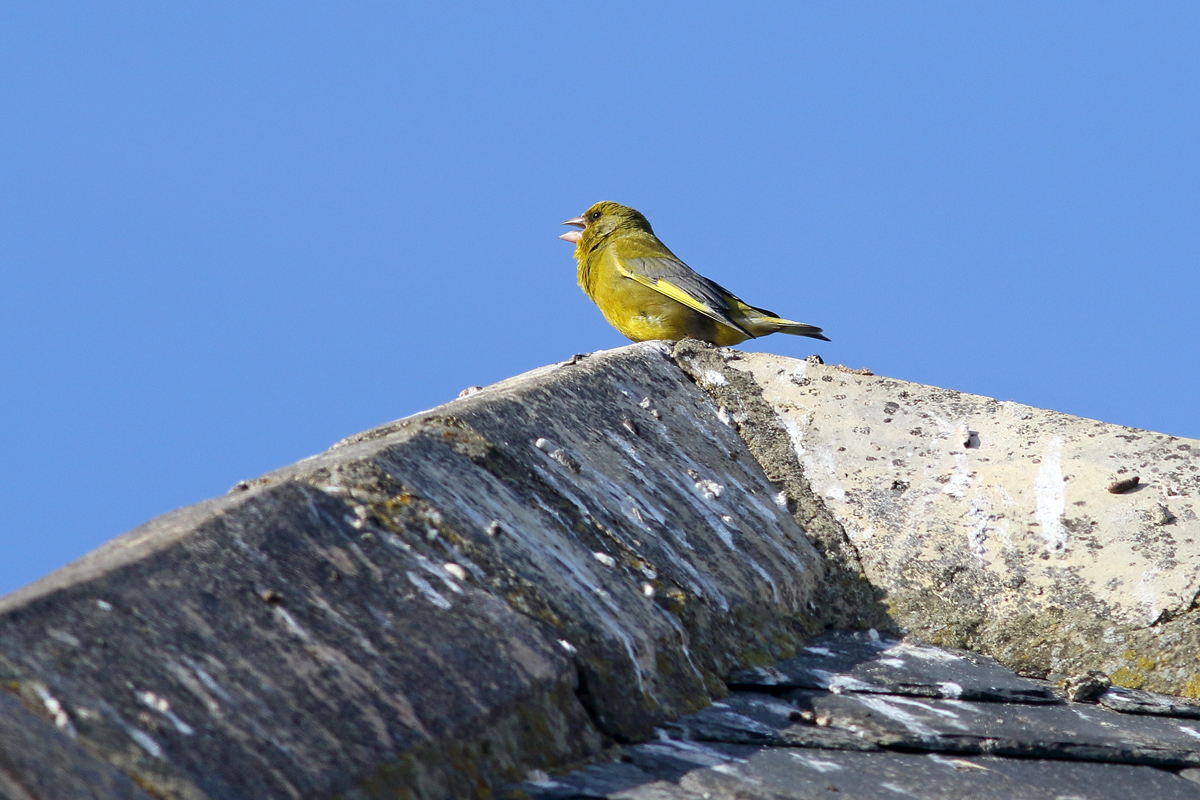 Yesterday, whilst everyone was having to duck when an albatross flew by in Yorkshire, I was stuck in my cell, working, while builders were doing their best to push me over the edge as they dismantled our loft. Our old house doesn't meet the EPC standards of efficiency so roof work is being done. This means I am confined to the house as the dog cant be left while they are working. Highlight from here today was a calling Whimbrel.

Still, it leaves hope that the albatross will give us a show during a seawatch later in the month. I have a dream...

In reality, after work I was keen to get some air. The sun was shining after a dull morning on the coast but there was a light Northerly blowing on  a rising tide so it was off to Boulmer to meet John. After a catch up over tea and mini rolls, we set up camp on the seat north of the village that is conveniently facing south east and thanks to coastal erosion it is right on the sandy cliff edge.

We gave it an hour. There were lots of birds were moving. Thousands of them, but they were the local island breeders, auks, kittiwakes, gannets, fulmars etc  so we sat and gazed through them. 3 adult summer plumaged Little Gulls were nice as they passed close in, in a tight group. They were followed by 4 Goldeneye, what they were doing in June, I cant say, but its very unusual, 4 Common Scoter, 2 first summer Arctic Terns and 3 Manx Shearwaters. Puffins were into high double figures too.

Less pelagic were 5 Greenfinches, this area's new Corn Bunting, with 3 males and 2 females. One male was in full song and display mode from a shed roof. It shows how infrequently they make this blog, this is the first time that Greenfinch has hit the index. 2 Sanderling, 2 Dunlin, 10 Ringed Plover, 2 Turnstone and 9 Curlew were on the shore and 4 Goosanders were fishing in the haven. Back home, a new plant for me in our small village hall pond, Great Spearwort Ranunculus lingua had about 10 plants growing. I've not noticed it before so may have come from some weed I brought in from another pond locally at Little Mill in the spring..

I love reading your seawatching accounts. The number of birds, and species variety, is amazing.

Unless I was mistaken in my interpretation of recent Twitter goings-on, the albatross took a back seat to something a whole lot rarer yesterday?! I look forward to reading about it.

Many years ago, when I first made a wildlife pond, a friend advised against introducing Greater Spearwort. Unless the pond is very big, GS can be a right invasive monster apparently. Mind you, a village pond is probably a lot larger than your average garden job.

Our village pond is little more than a garden pond really, it leaks so gets topped up with the hose and is choked with Reed mace and Bur Reed so the spearwort will have its work cut out I think.