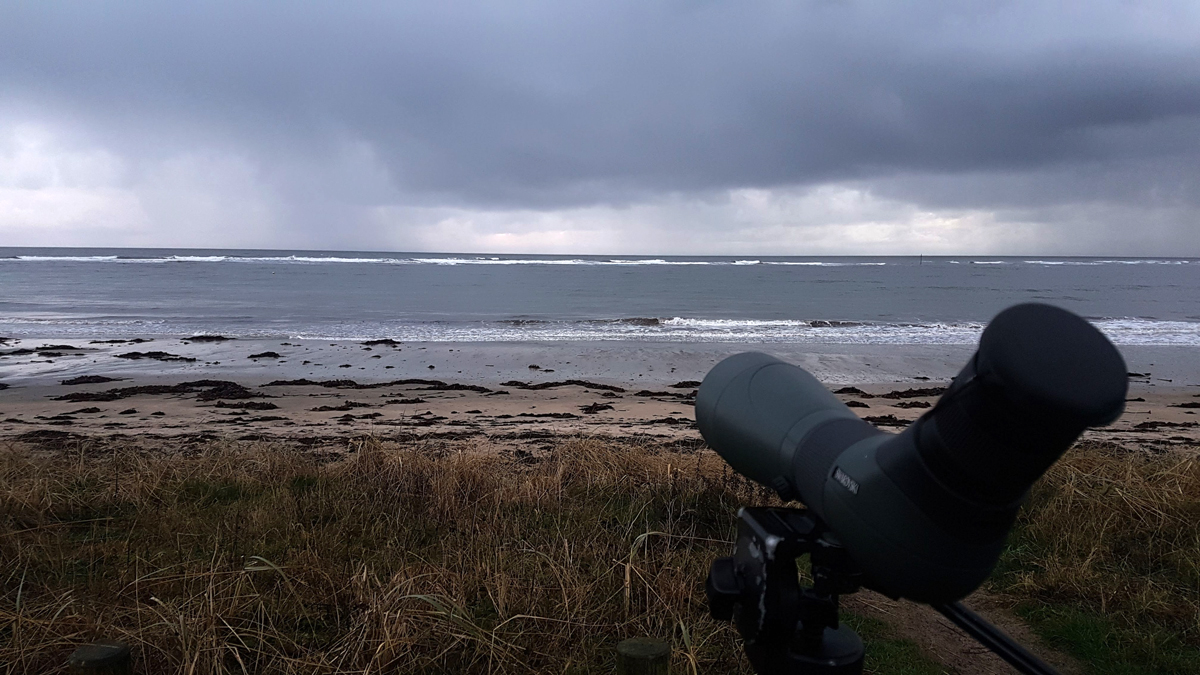 Spent Sunday morning along at Boulmer where I met up with John for our usual recce.

It doesn't get light now until about half past eight now so we hung around by the car park watching the sea and the waders on the beach. Two flocks of Red throated Divers flew N quite high up, 9 and 8 birds. A few Gannets were still moving along with single figures of Common Scoter and Eider.

On the shore were 18 Bar tailed Godwits, 244 Dunlin 1 Purple Sandpiper and a couple of Grey Plover amongst many others. Here is was worrying to see how much disturbance these birds get from people and dogs. While still dark first thing a woman with four dogs was striding along wearing a headlamp, throwing a ball from a grab stick for the dogs. They covered every single inch of that beach making the birds fly out and along to a different area before flushing them again to fly back.

Its not just dog owners either its the blind stupid too. 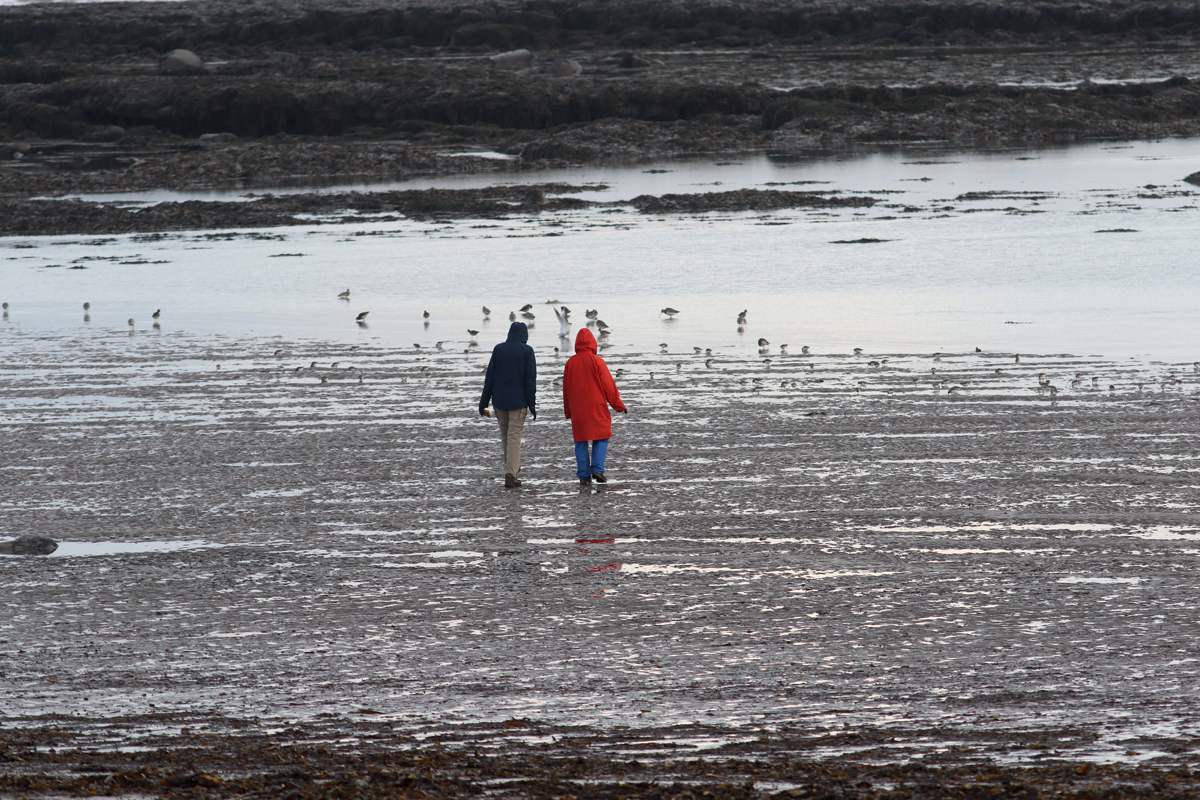 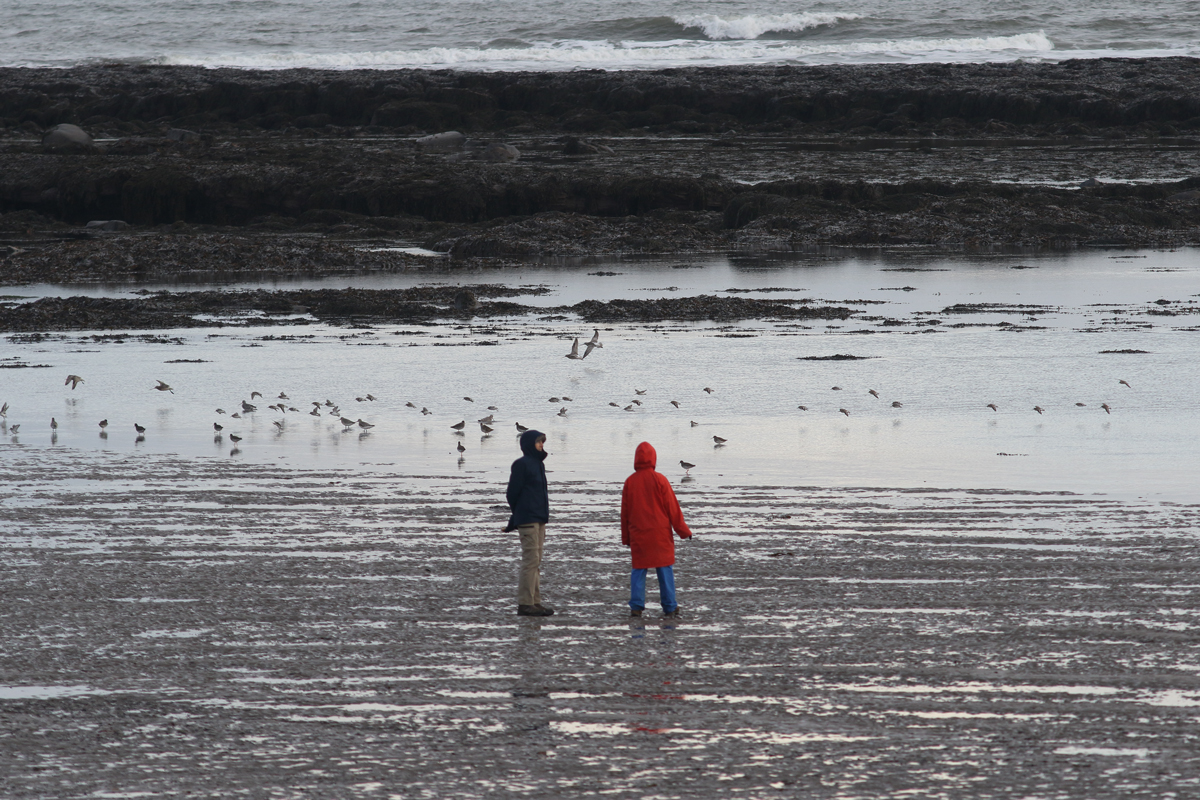 This pair above just marched straight up to the birds feeding until they flushed, for no reason what so ever. There was plenty of room higher up the shore to walk without causing a disturbance. Luckily the Save our Shorebirds County Council Wardens were on duty so they caught up with these and many others and tried to educate them about stopping birds feeding during the short days.

When we headed back to the cars the wardens were still working hard, swimming upstream with a lot of bemused folk who are out of their own habitat. The sooner they can get back to the shopping centres the better.

Before we left, 3 Red breasted Mergansers dropped into the haven.

A slow morning full of frustrations... 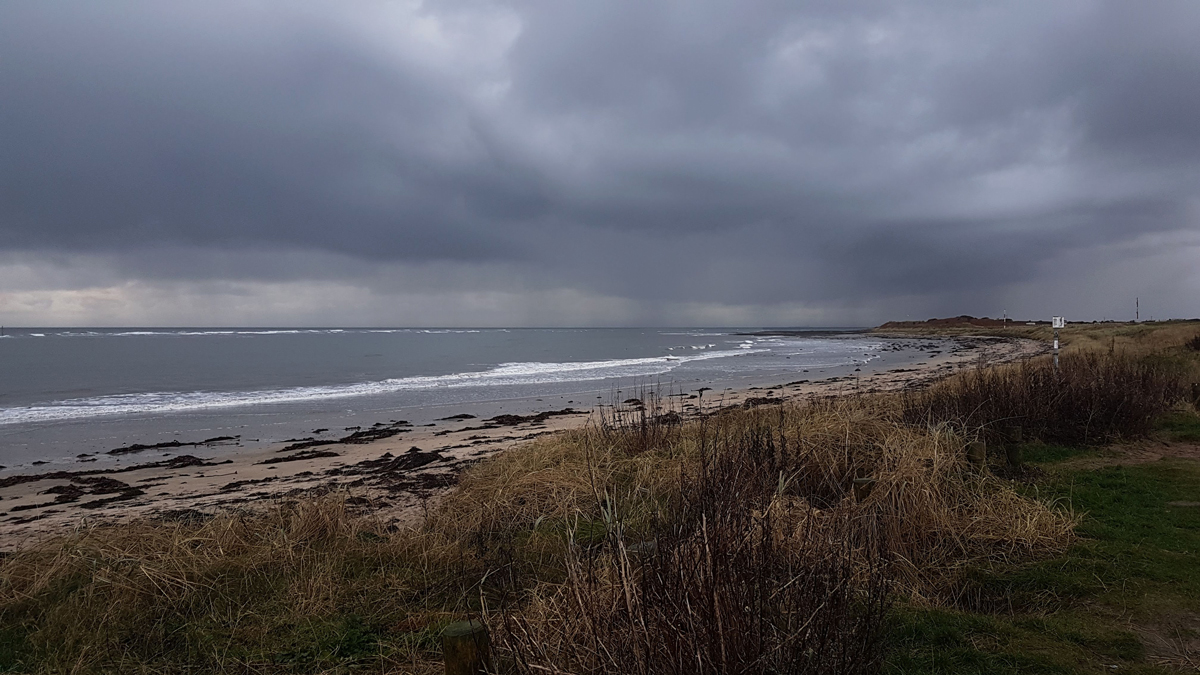 That final photo is such an everyday active shot, Stewart. Beautiful.

I can picture Vera in the distance, poking about on the strand line for clues... 😊

Well she was here a week or two back filming...Alnmouth last week, about 3 miles away...

On Wanstead Flats we have people who chase geese. Not dogs (although they do too of course), people.

Thats quite bad isnt it...