Its a few weeks now since I last had a seawatch, so with yesterdays low pressure settled over southern England giving us blustery, SE winds and rain, I thought I would try an hour today while Jane visited the hairdresser. December isn't renowned for good movements of birds at sea, but there's always a chance of something interesting like Grebe or White winged Gull to bolster the now flagging Local Patch year list.

I sat out at the usual spot on Cullernose Point. It isn't so good here late in the season being so exposed, so if the weather had been really bad, I would have sought shelter along at Craster, but the wind had dropped off to an E2 making Cullernose bearable.

After half an hour, I had added 3 Red throated Divers N, 2 Great Northern Divers S, 2 Goldeneye and a Common Scoter N but that was about it. Distantly a few tardy Gannets lingered.

What could I do to improve my lot? Cullernose Point has a short fast tide race only about 50 mtrs out with foam and pulled up seaweed flotsam that I have always thought looked good for a Phalarope. I moved to the point with my binoculars only and scanned down the cliff and into the bubbly water offshore...Although there is rarely a phone signal here, I pulled my phone from my pocket and hopelessly checked it. Interesting, a WhatsApp message had made it through. It was Ben down at Low Steads near Boulmer where he had seen a Grey Phalarope offshore that had then flown north towards Howick and was lost from view.

Great minds thank alike as I was already scanning for these little pelagic waders. With renewed effort I began another scan, and Bingo! There it was, a small Grey Phalarope bobbing and spinning like a cork in exactly the spot I have thought for years should attract a phalarope! Its not often a plan like that comes together but here I was watching a new patch bird for me, taking me to a record breaking patch total of 166 for the year.

Although a little distant for a photo, it was giving great views in the scope as it spun around icking at plankton from the surface, oblivious of the gulls hanging around and the big waves rolling in.

Fortunately the little bird lingered for over an hour allowing county year listers Dave Dack and Graham Sorrie to catch up with it having come 25 miles from Morpeth... 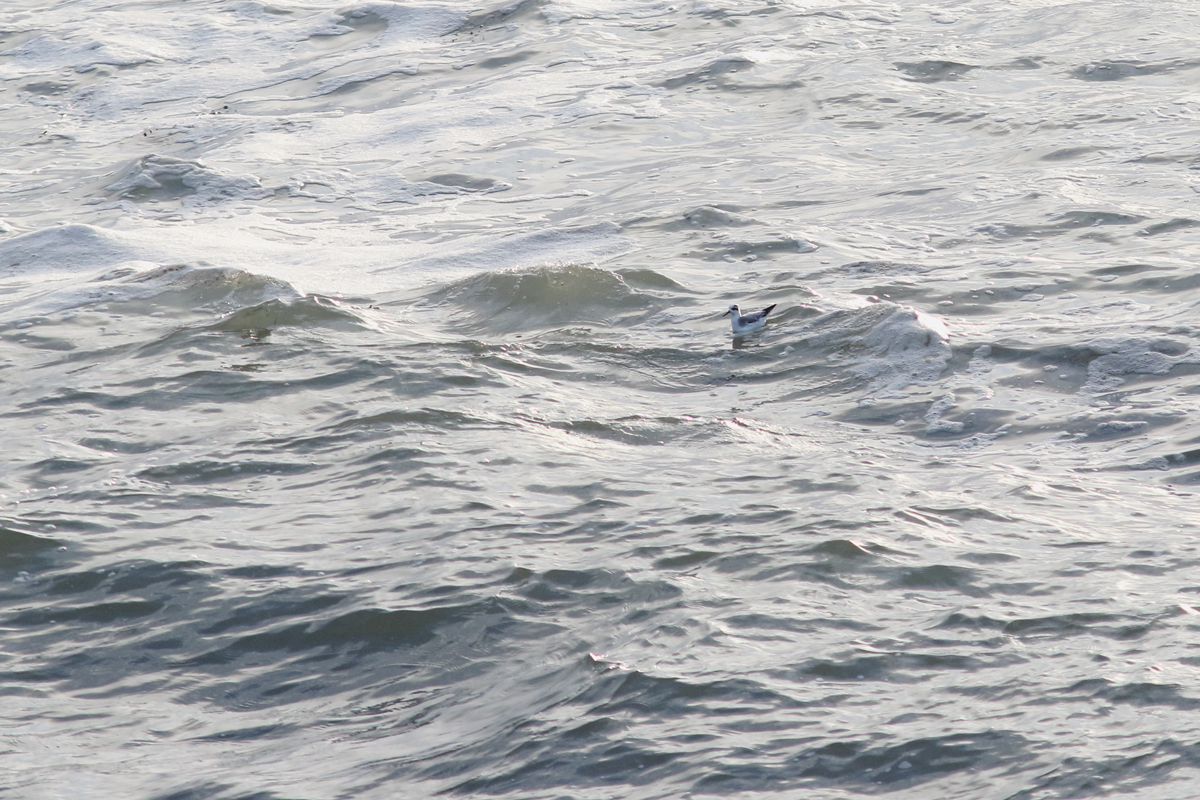 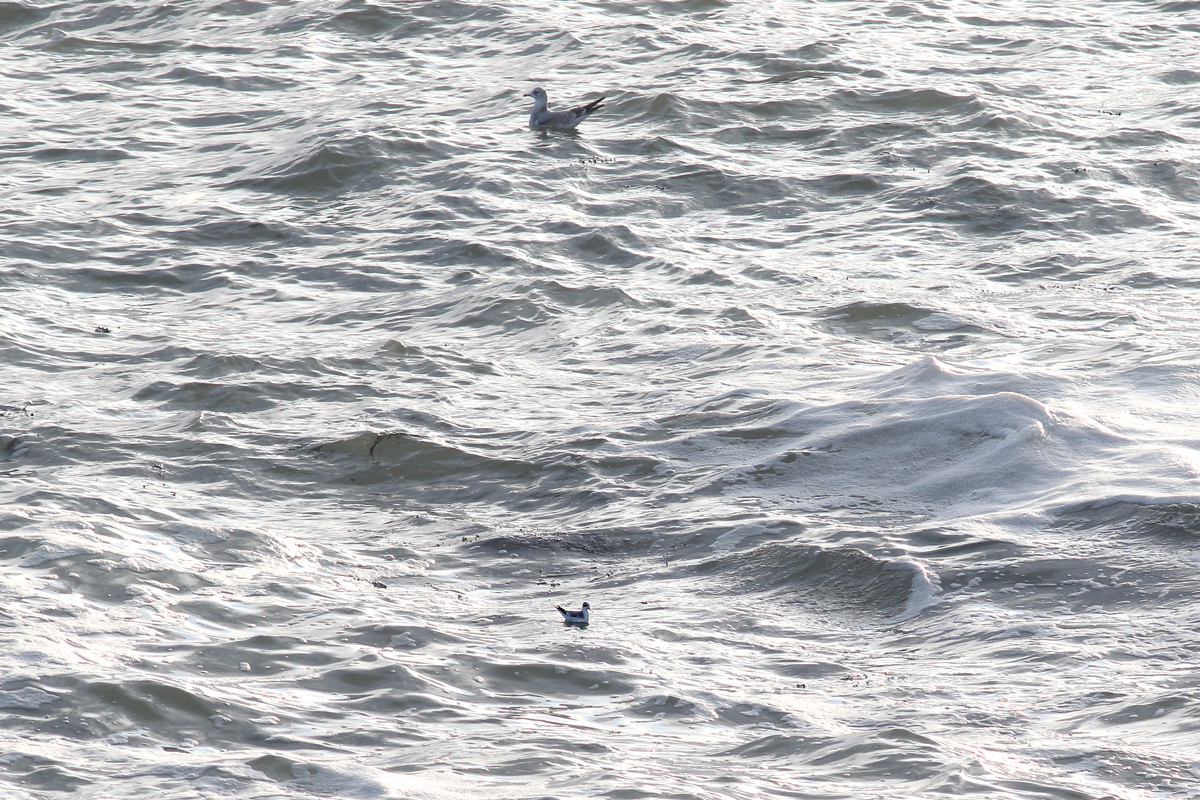