It seems that the weekend's Easterly weather pattern certainly lived up to its expectations, on the islands anyway.

Holy Island was sinking under the weight of a fall of migrant birds and and an even bigger deluge of migrant birders with fans drifting in from far and wide to catch a glimpse of the rare and scarce.

What a day they had too, with Red flanked Bluetail, Lesser Grey Shrike, 2 Red breasted Flycatchers, Little Bunting, Barred Warbler, multiple Yellow browed Warblers, Hawfinch and hoards of padders  ( for those with a notebook, probably rarer than the bluetail) to make for a once in a decade spectacle. For once, this part-time island was more like one of the more popular Northern Isles than an offshoot of North East England.

Meanwhile, those mainland patch loyals still did quite well if you were lucky. No doubt you will read the exploits in the east coast birding blogs, so here are our findings.

As usual, Boulmer was the morning destination. It was unsettlingly quiet with few migrants really. The background consisted of grey continental Robins in every bush and clump of weeds, plenty of Goldcrests, a few Blackbirds and Song Thrushes but no Redwings? Highlights were few with only 1 Yellow browed Warbler, 4 Blackcaps, 1 Wheatear and a late Swift S. Fortunately the Bluethroat looked much better in the sunshine late morning in its small temporary marram grass home.

I have a day holiday tomorrow so if the Bluetail remains for another day, I might take the half hour drive North... 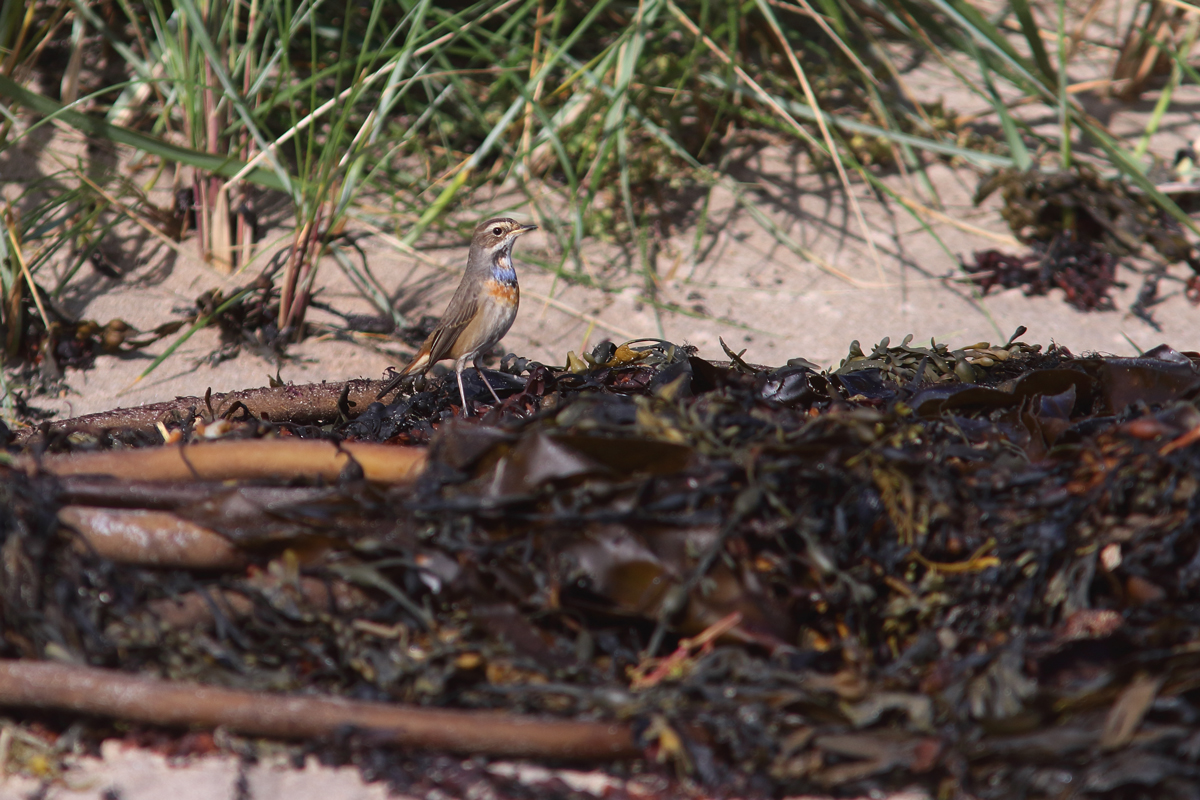 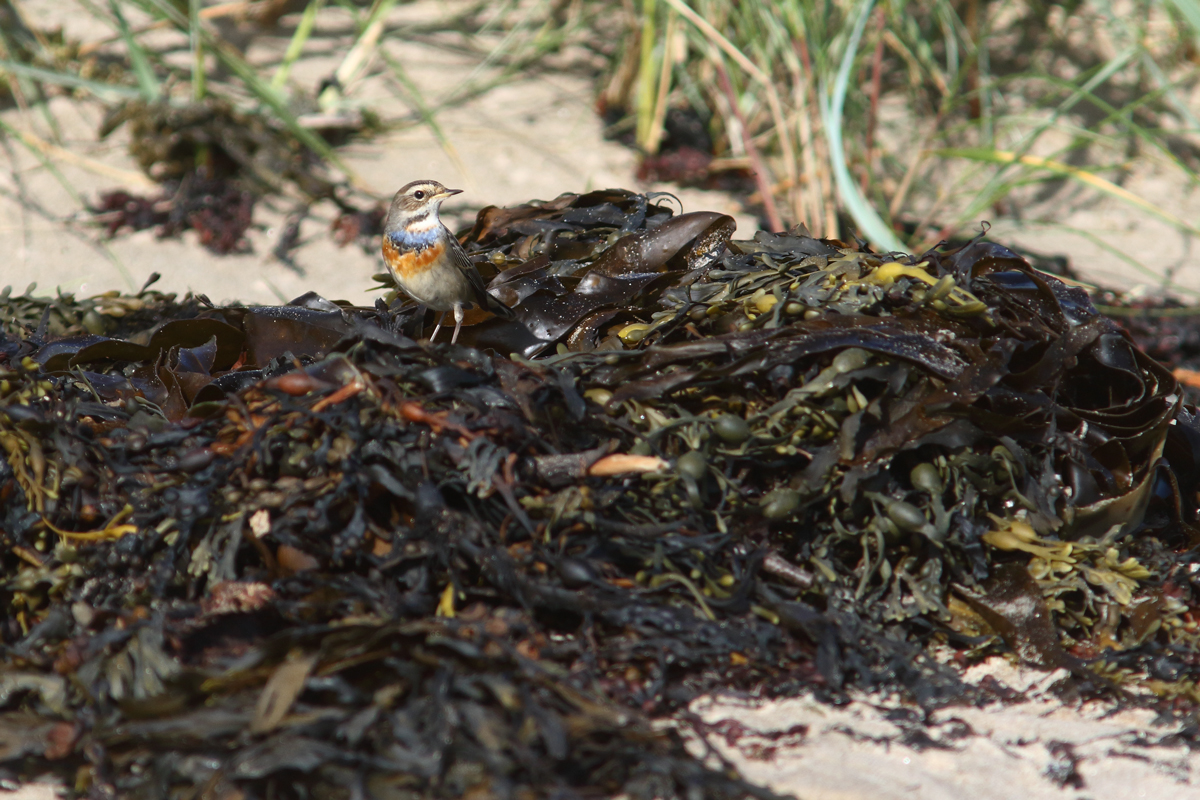