Playing it not so cool. 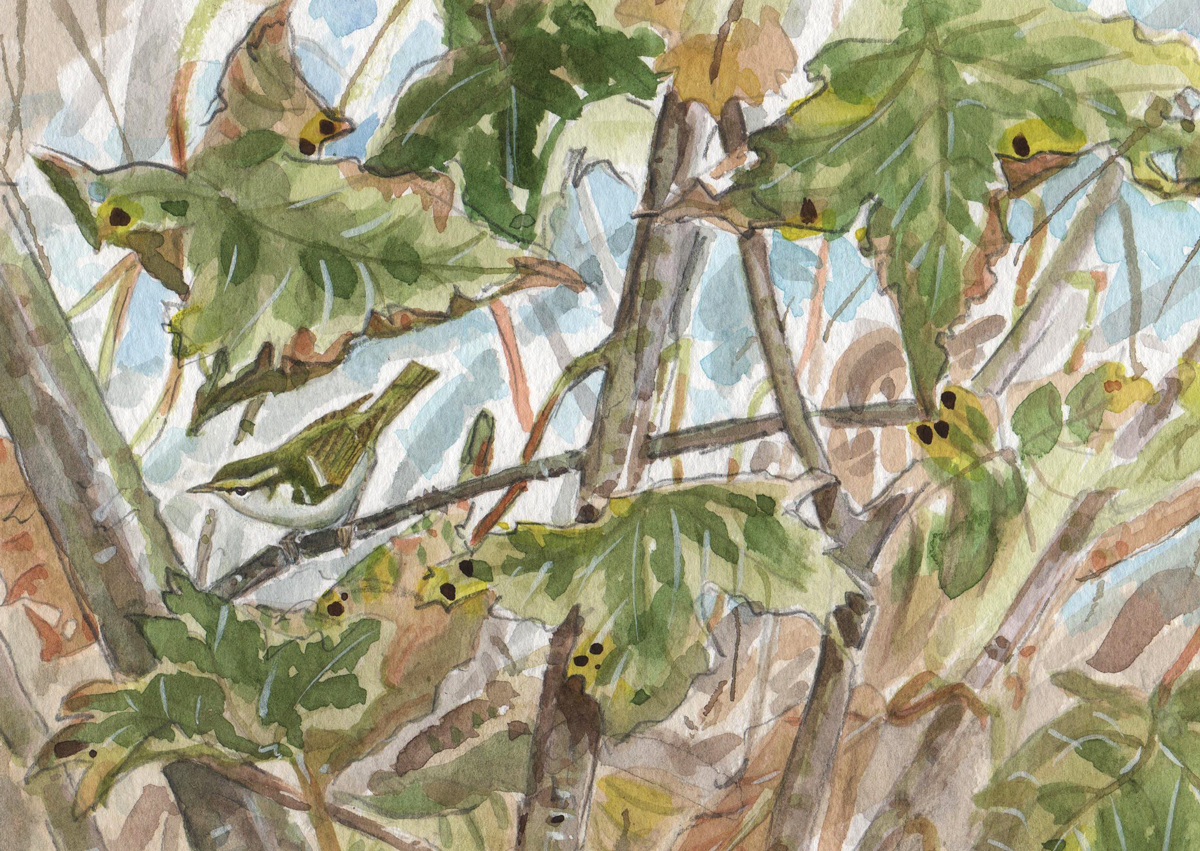 At the beginning of this week Ross Ahmed and Chris Knox found a wing barred phyllosc at Budle Point caravan site. The bird had originally been identified as a Yellow browed Warbler on Monday but by Tuesday it was calling and was clearly not that species. Although still very elusive in heavily foliaged sycamores, many hours of observation by the two finders pieced together the correct identification as a Two-barred Greenish Warbler, despite some nay sayers at first. It is now actually called a 'Two-barred Warbler' but being old school I cant bring myself to use that confusing term as some parties would ( and did) construe it as a brace of Barred Warblers at some stage.

I wasn't quick enough to go on the Tuesday evening and on Wednesday I had work commitments. Luckily the weather was poor on Wednesday with several observers visiting and drawing a blank.

Thursday was much better. The sun was shining and the wind was in the west in single figure speeds.  I was on site by 08.30 and gave myself 3 hours to connect then I would have to leave for work. After some run around and tail chasing for an hour, the bird finally began to show through gaps in the leaves. I had around 8 sightings totalling no more than 1 minute, but in good light the bird could be seen quite well. I didn't even try for a photo until I had seen enough but when I finally thought I might get a record shot, the bird went to ground and remained hidden til I had to go. Hence the illustration above.

This is a first for Northumberland and only the 8th for the UK putting me on 420 and 352 respectively. Bubo has me on 351 but it doesn't include Fea's type Petrel.

Back home a short stroll up the back hedge had my first Brambling of the autumn, a Lesser Whitethroat and 2 Grey Partridges.

On Friday a cool N breeze dropped 2 or possibly even 3 Yellow-browed Warblers into my garden. They showed well in good fine weather at lunchtime. 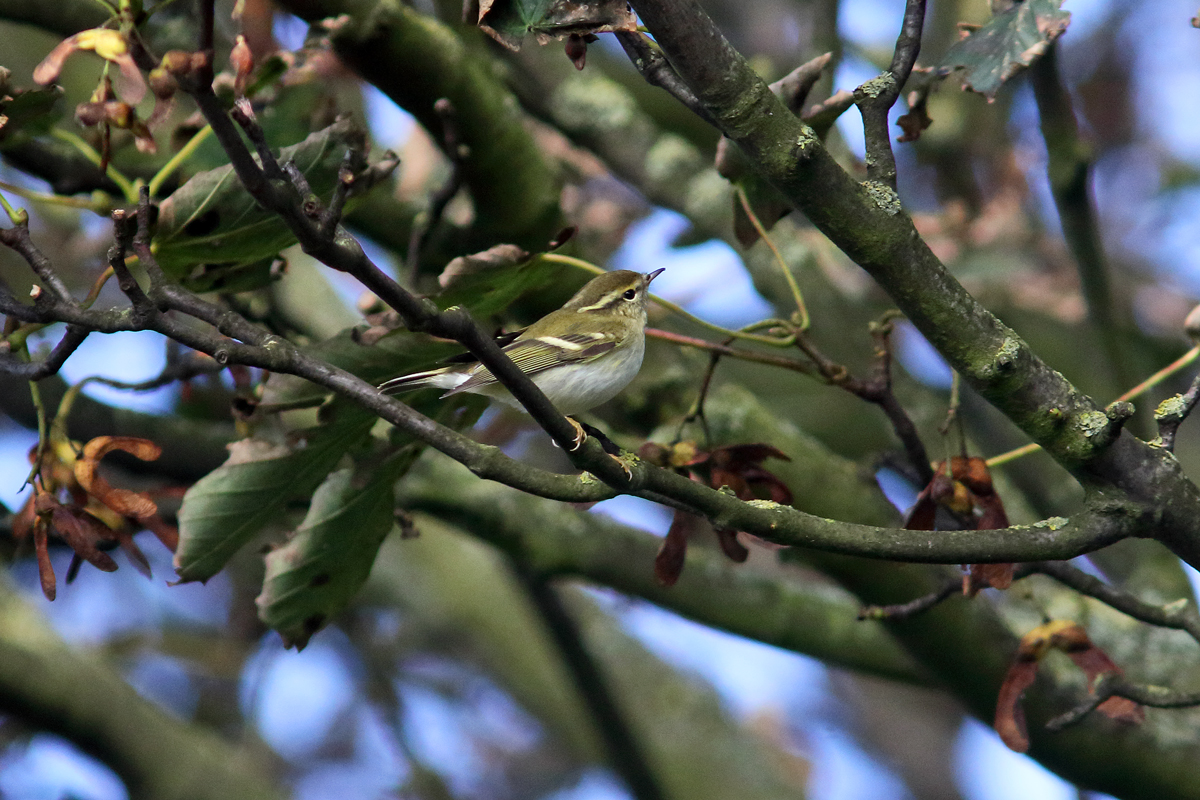 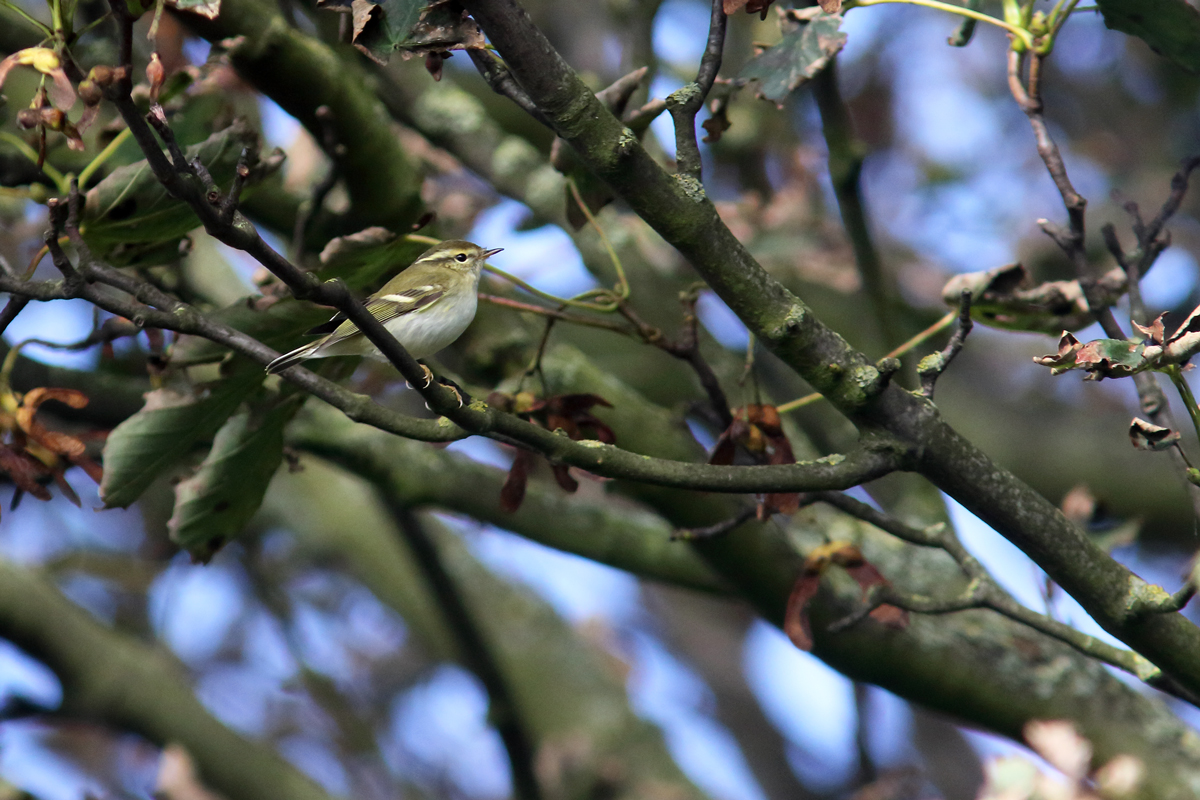 Back in the little bedroom office, working in the afternoon, a vague message came through about a Bluethroat on the shore at Boulmer. Interesting but it would have to wait until someone confirmed it. Half an hour later sure enough the sighting was verified as a fw male Bluethroat, in autumn, at Boulmer! I clocked off early and popped along. Like the Budle Warbler this was another skulker behaving more like a vole than  a bird as it ran along under marram grass beside the beach. Eventually it came out onto the strand line to feed, What a great bird for Boulmer, a site first. 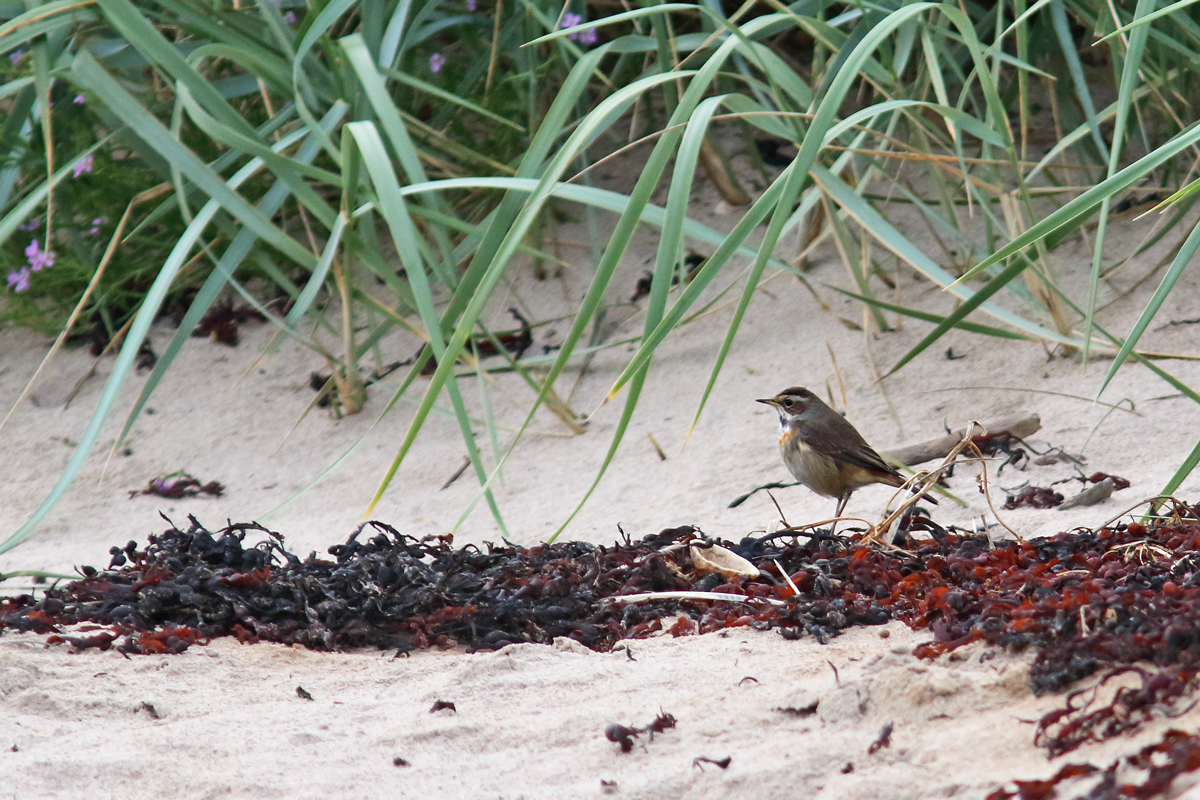 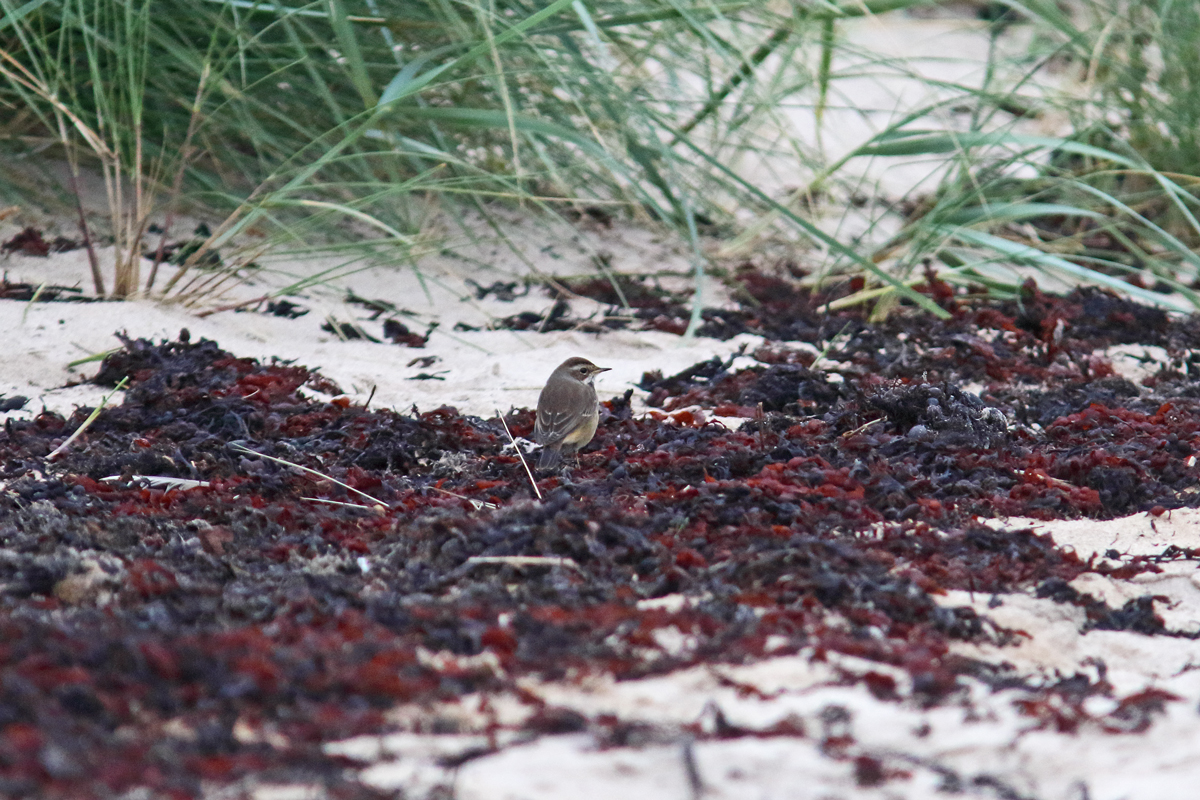 Today the weather was filthy. Heavy rain and a NW swinging E wind made birding all but impossible but a few short walks out had the following - 2 Yellow-browed Warblers, 2 Redwings, 4 Goldcrests and 2 Chiffchaffs in the garden, On the coast path singles of Redstart, Blackcap and Wheatear, 4 Swallows S, 5 House Martins over our village and 2 ad winter Mediterranean Gulls with Black headed's in the coast field. With the wind swinging full East overnight, hopefully Sunday will give us more to look at, and just in case I have taken Monday off too...


October has certainly started with a bang.

I admire your empathy for Wednesday's warbler twitchers, haha! :D