A day annual leave due to the weather forecast from last week, just in case there were more migrants to be had. I didn't go up to Holy Island after all. The Bluetail was a little bit more reticent than yesterday and I wasn't desperate for Lesser Grey Shrike either, so, on a lovely fine mild autumn day, I stayed local.

Mid morning as the sun warmed the large sycamore on our gable end I pulled up a chair and watched for  half an hour. A single Yellow browed Warbler showed beautifully in dappled sunshine between the branches,  male and female Blackcaps gleaned the leaves while a few Goldcrests and Chiffchaffs flitted around. Another two Yellow-browed Warblers were seen and heard nearby with one on the coast path and another in our village wood.

I walked Peggy up the back field where the Lesser Whitethroat was still present but elusive. It called an unusual 'chuk chuk churrrrrrrrrrr' the last dry rattle was like a wren or red breasted flycatcher. a call I've not heard before. A Brambling made a right old racket calling near our feeders with another along the village lane.

At 3 oclock I checked my phone and had missed a call from John. He had found a 'grey shrike' at Boulmer but it was distant and he had gone for his scope. In full frantic mode I jumped i the car and was there in 10 minutes but the shrike was nowhere to be seen.

We grilled every hedgerow across the farmland where there are no public paths at all despite some decent tracks that could be walked. Nothing. We decided to walk the main road and view east so the light would be better for spotting shrikes on hedges. Only 5 Blackcaps, 3 Chiffchaffs and few Goldcrests and a Willow Tit were seen, so we were doing the trudge back thinking the shrike had continued its migration.

As we passed Seaton Park caravan site, a bird flushed from the roadside hedge and flew high. Our shrike! It soon landed atop a tall sycamore to view the field for prey. Here it could be seen to be a lovely Great Grey Shrike, probably the finest and most stately of the tribe. After a while it dashed into a linnet flock , hovering like a kestrel but failing to secure a meal. It then flew across the field back to its original hedge.

What a spell Boulmer is having this autumn! Long may it continue... 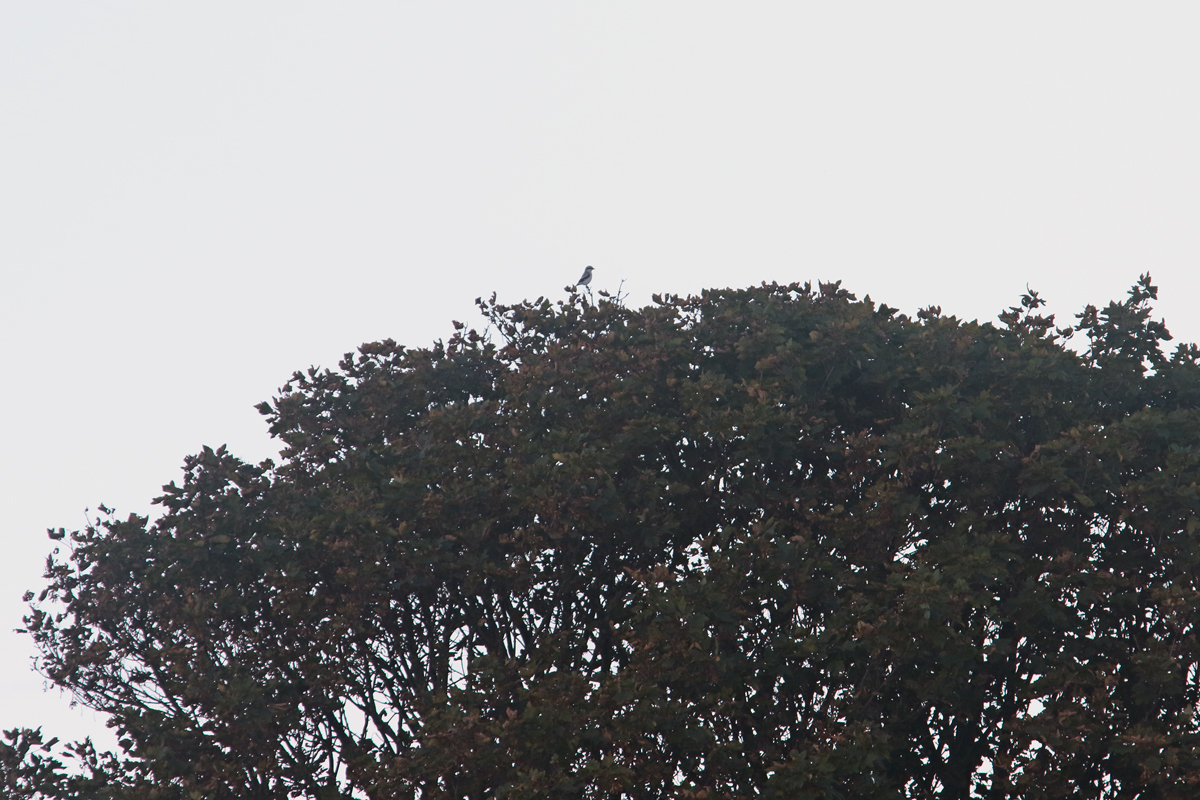 What a belter! They are rare as the proverbial down here, Stewart.

To be fair Gav, they arent too easy here either. If you tried you might see one each year but you might miss them too...