Migration, and not just birds...

There has been a lot of exciting birds on the move recently so its easy to get fixated on finding more, but autumn comes to other groups too, none less so that the moths.

Last night shortly before 7pm, it was getting dusk so I was out putting the moth trap on. Adjusting the auto timer anyway. As I stepped out of the door, a large moth buzzed past me below waist height . It flew the length of my car and I lost it as it left the beam of the head lamp.

I knew it could only be one thing at this time of year -  a Convolvulous Hawk-moth.

Jane came out to help me look for it. We have one or two 'last-legs' nicotiana flowers hanging on in the garden so we checked these first. My initial sighting was at a planter near our door that has a couple left in. We wandered around but there was no sign. There was clearly an arrival of Silver Y moths on other plants, but no biggie.

Jane went in to finish tea. I was about to give up then thought how there were very few flowers suitable for a hawk-moth in our village right now, so it might be worth another lap, it might just come back?

In the front garden I slowly checked along the house windows with the torch. Nothing. Then I heard a buzzing behind me. I turned and there it was! A lovely Convolvulous Hawk-moth at the nicotianas! We have planted these for 10 years for this very reason but have had no luck until now. If you saw the One Show the other night, they did a piece on these moths and how they come to flowers along the south coast of England. Northumberland is a long way north, so to get a Convolvulous is a red-letter day indeed.

Over the years I have seen several. My first was at our old house where it was attracted to an outside light so I got a sweeping brush, reached up high, and persuaded it into the bedroom window. We also found one randomly on the hub cap of a Vauxhall Astra in a pub car park at Blakeney, Norfolk one year while we were on a holiday, and we saw a few at Portland Bird Obs moth trap too, but to get a nice one in our garden is still amazing...

After a few flash lit photos we placed him, it was a male, back into the nicotiana thicket and left him to continue what time he has left...

That moth is every bit as good as the Great Grey Shrike! 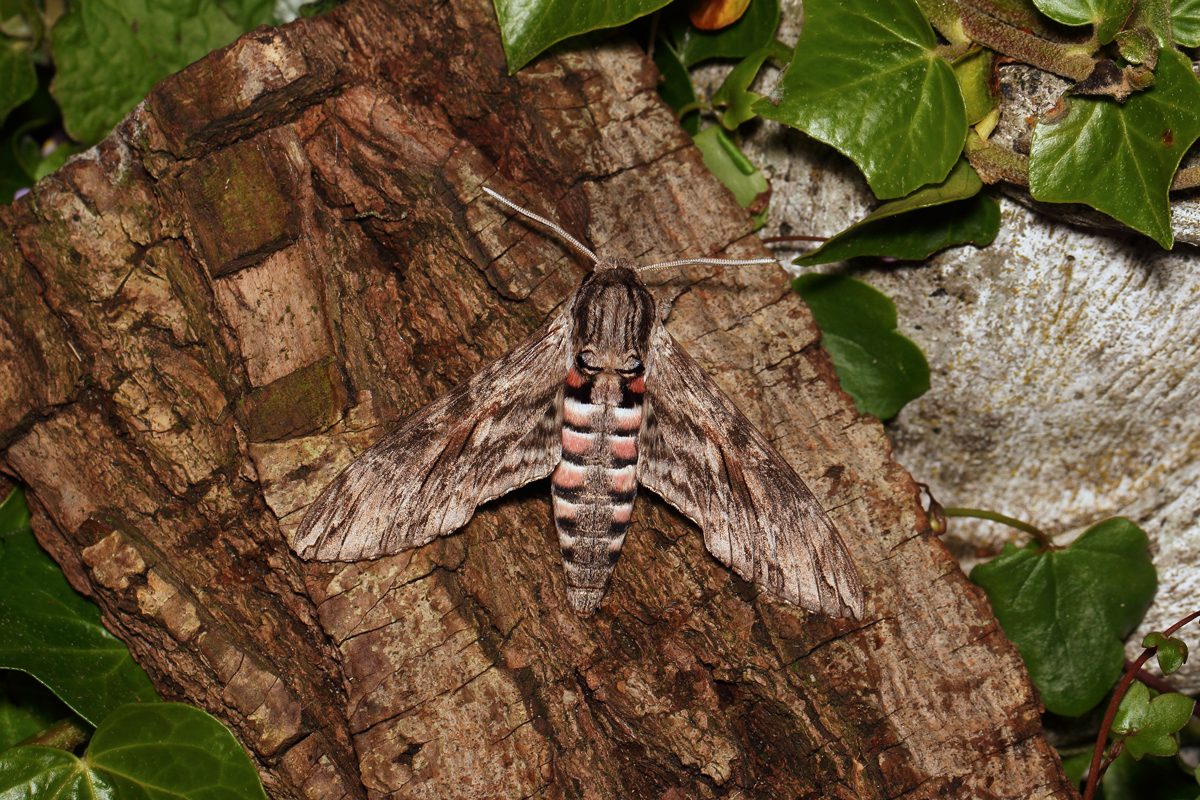 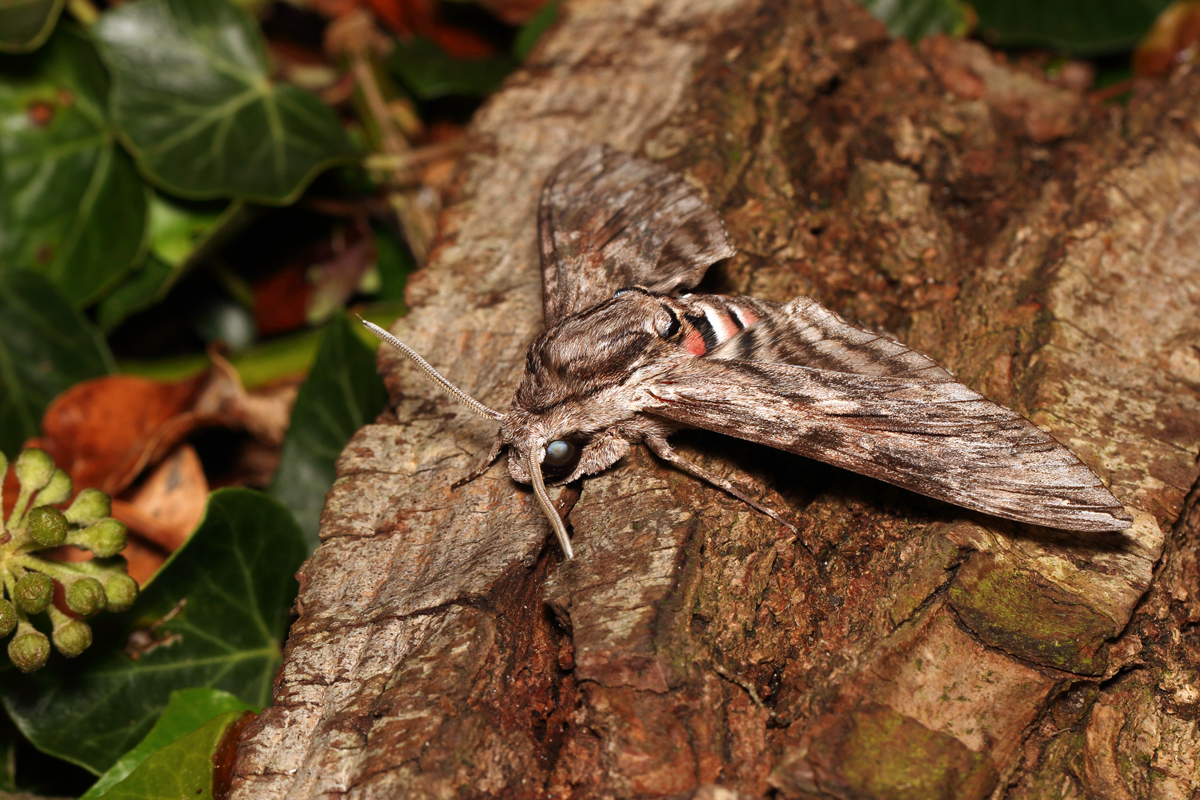 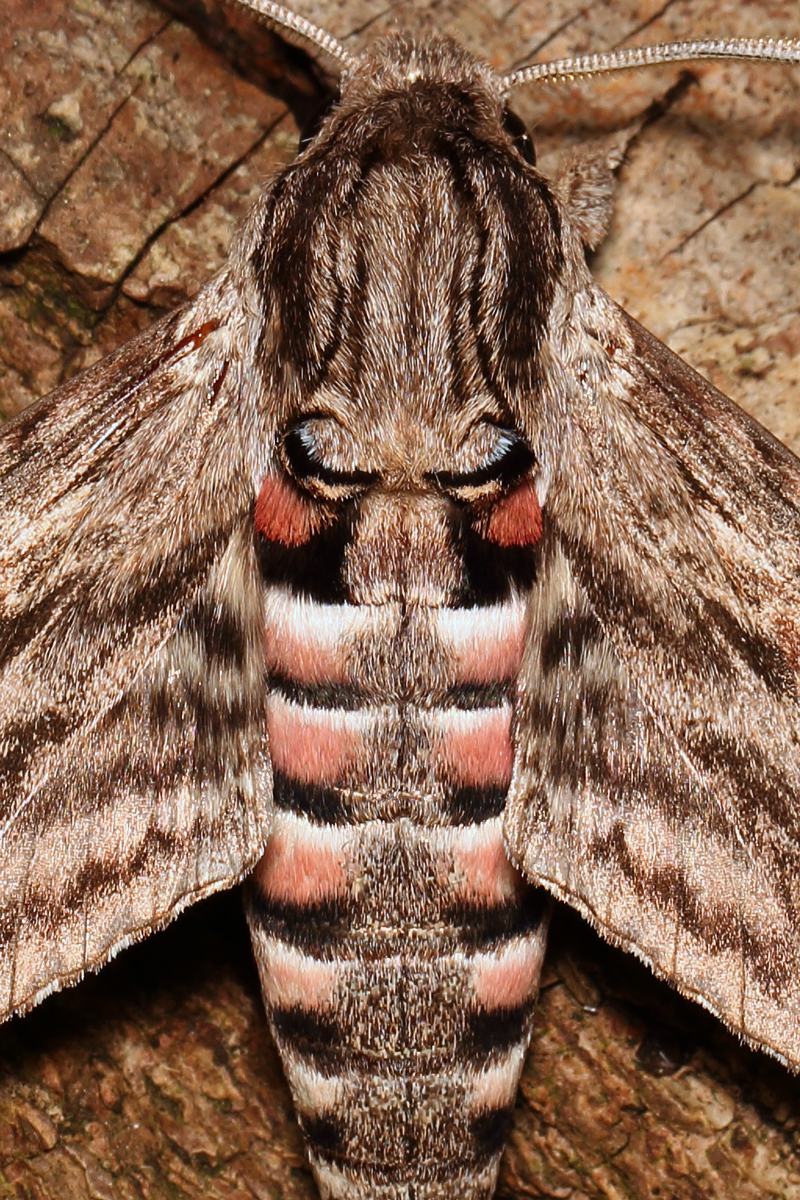 What a beast! Great story too. 👍
I've only ever seen one Convolvulous Hawk-moth, perched on a rock on Scilly. Somewhere I have a snap of Ian Lewington lying on the ground photographing it. 😊

They are truly fabulous moths - we were lucky enough to catch/attract 5 in September in our garden on Galley Head this year - my 11 yo son was delighted as he was hoping to get one this autumn.

Gav - On the south coast they are regular from Augsut to November, grow a tub of nicotianas next year and you might be lucky.

Col - Aye the south west is the place for them sure enough. Well done...

Wish I could get one of those in my moth trap. Great find and pictures.

NMW - The moth was out really early but even after release it wasnt in the trap next morning...They seem to sit on surfaces near to traps.

I live in Alnwick and on 6th October I was in the garden and someone was painting the front of my house. We were amazed to see a huge moth on the grass in the garden. We didn't know what it was but took several photographs of it . I checked books about moths and thought it was a hawk moth. As I am not into these things I wasn't sure. However I read your article in the Gazette and realised it was the moth you had photographs of. It lay in the sun on the grass and the painter picked it up on his trowel and put it into the bush nearby. It had yellow secretion coming out of its body and we thought it must be dying but when we looked in the bush later it had gone.
I am sorry but I don't know how to send the photograph on to you - thought you might be interested.

Hi Sandra, thanks for the comment. Yes that's a nice record for Alnwick. You can email a photo to me at - stewchat(at)btinternet.com, replace the (a) with @ . I just write this way to stop it getting scanned by undesirables. I'll look forward to your photo. Regards Stewart