One of those days.

Despite some northerly promise, the day turned out to be pretty average overall with too much rain for the forecast.

The morning was spent at Boulmer to Longhoughton Steel, looking for Dan's American Golden Plover on a rising tide. Unfortunately we only saw 180 Golden Plovers out of about 2,000 so it may have moved on.

At first light, 10 Whooper Swans flew S over head and a couple of Bramblings came into the village. Waders on the shore included 71 Dunlin, 9 Sanderling, 1 Knot, 9 Bar tailed Godwit and 30+ Turnstone. A pair of Stonechats and 6+ Rock Pipits were on the seaweed.

A casual seawatch had 1 Sooty Shearwater, 2 Common Scoter, 2 Velvet Scoter all N with 9 Red throated Divers N and 1 S. We missed a high over the top White billed though that was a bit irksome, but you can't get them all.

An adult Mediterranean Gull was with Black headeds, a Peregrine hunted the Golden Plovers and a male Merlin came in with prey, maybe a Starling and headed off inland.

In the afternoon, chivvied on by thoughts of divers, I had an hour at Cullernose but it was all Gannets and Auks apart from another 2 Velvet Scoter, 2 Sandwich Terns, 2 Red throated Divers N and 37 Pink footed Geese S.

6 Rock Pipits were entertaining as they checked me out while I was seawatching... 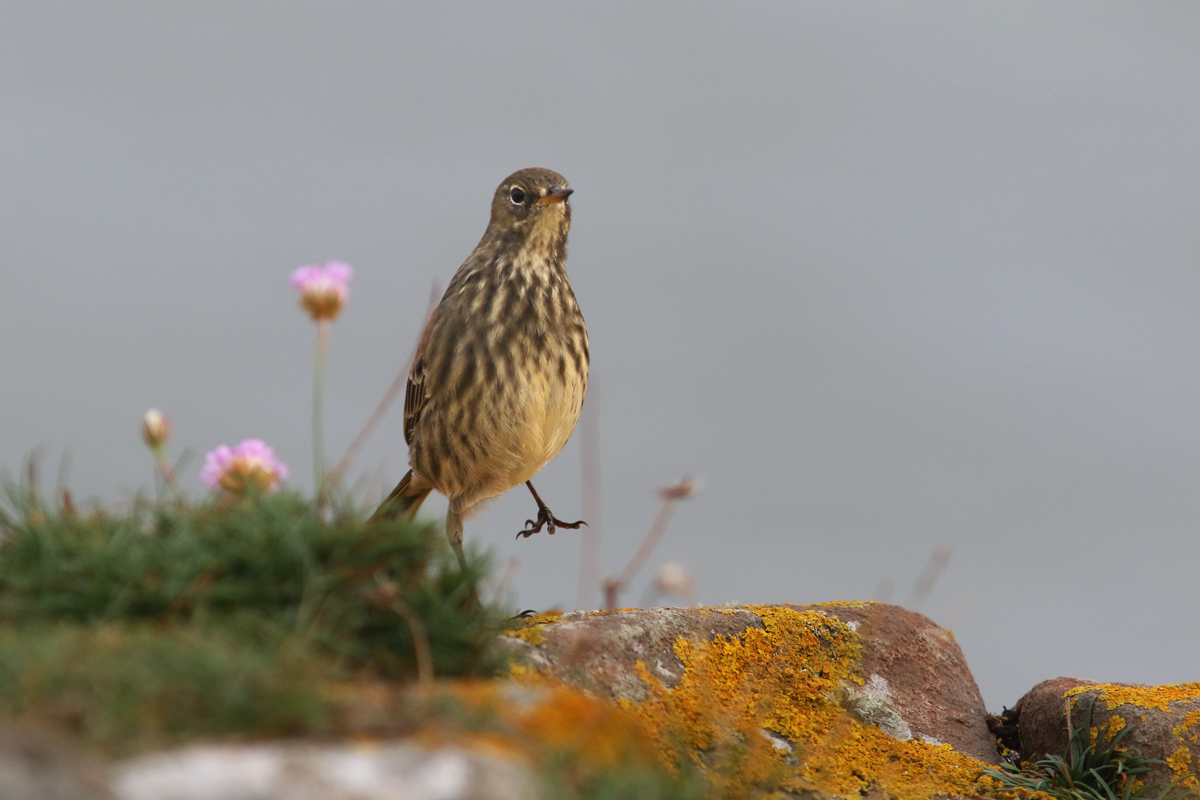 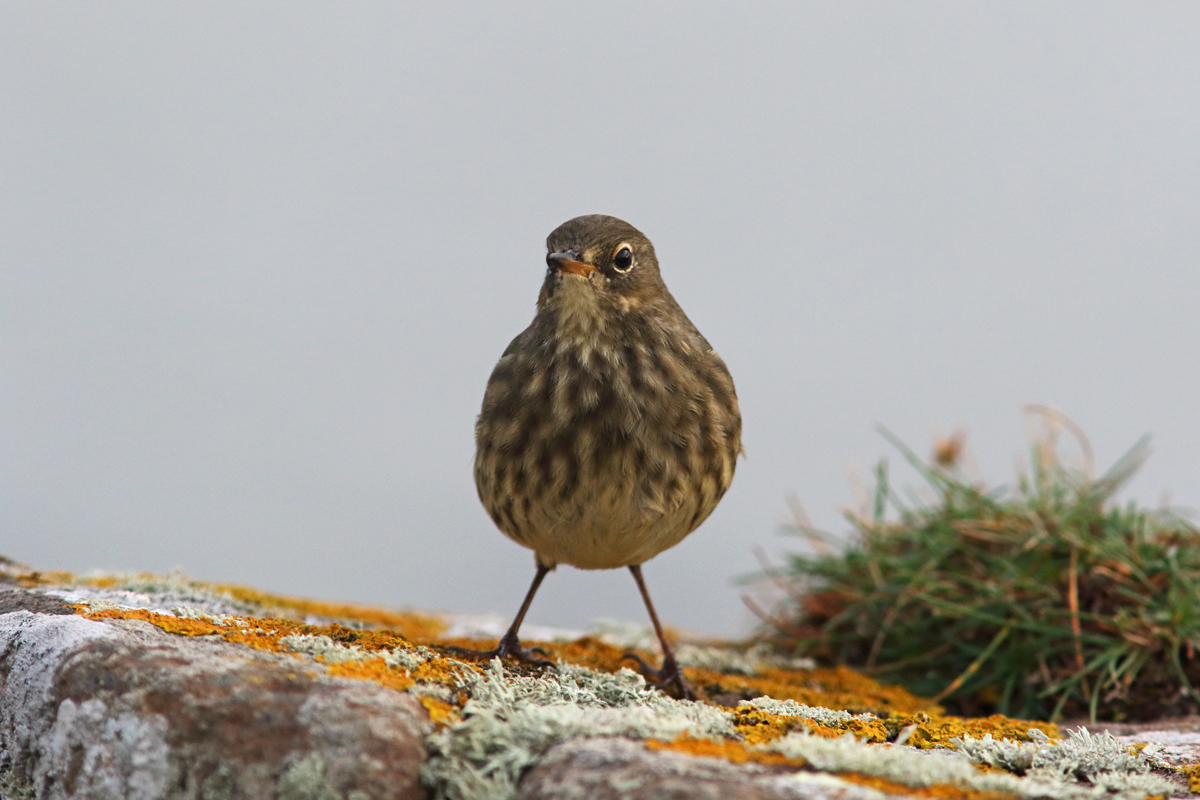 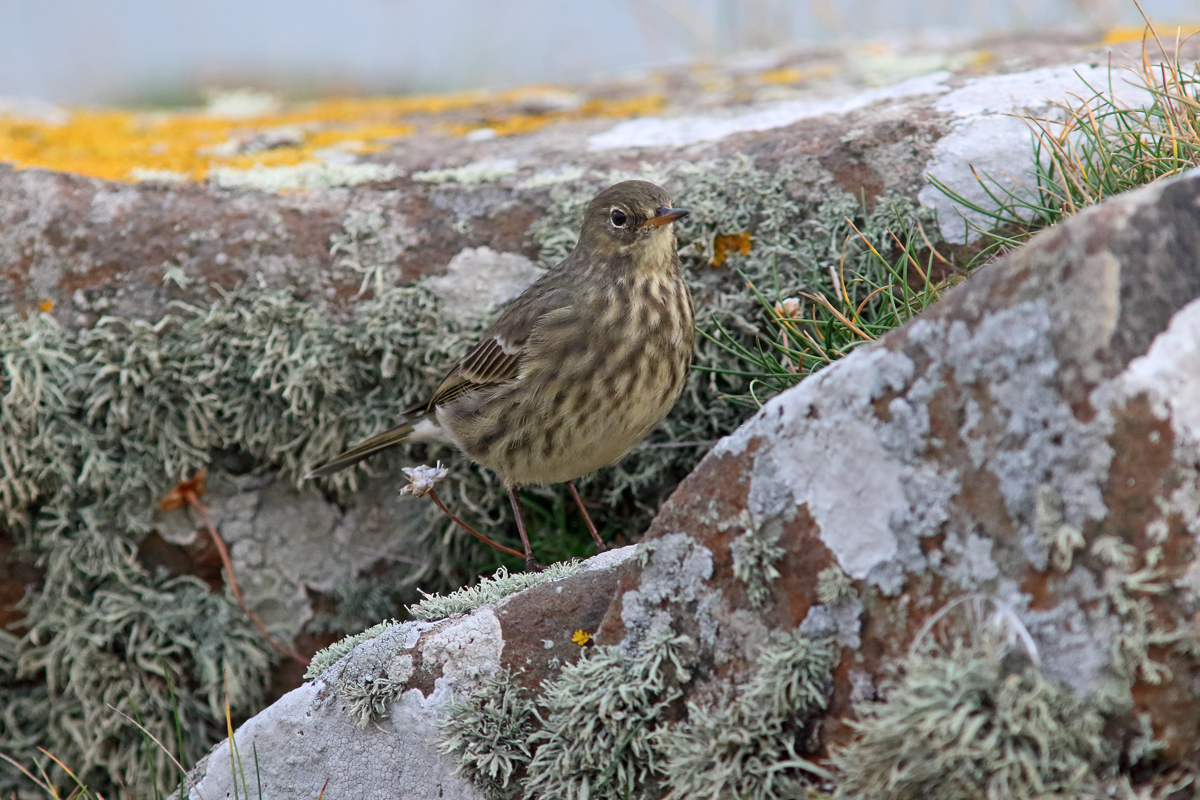 Hopefully a change in the weather this week will provide more interest...