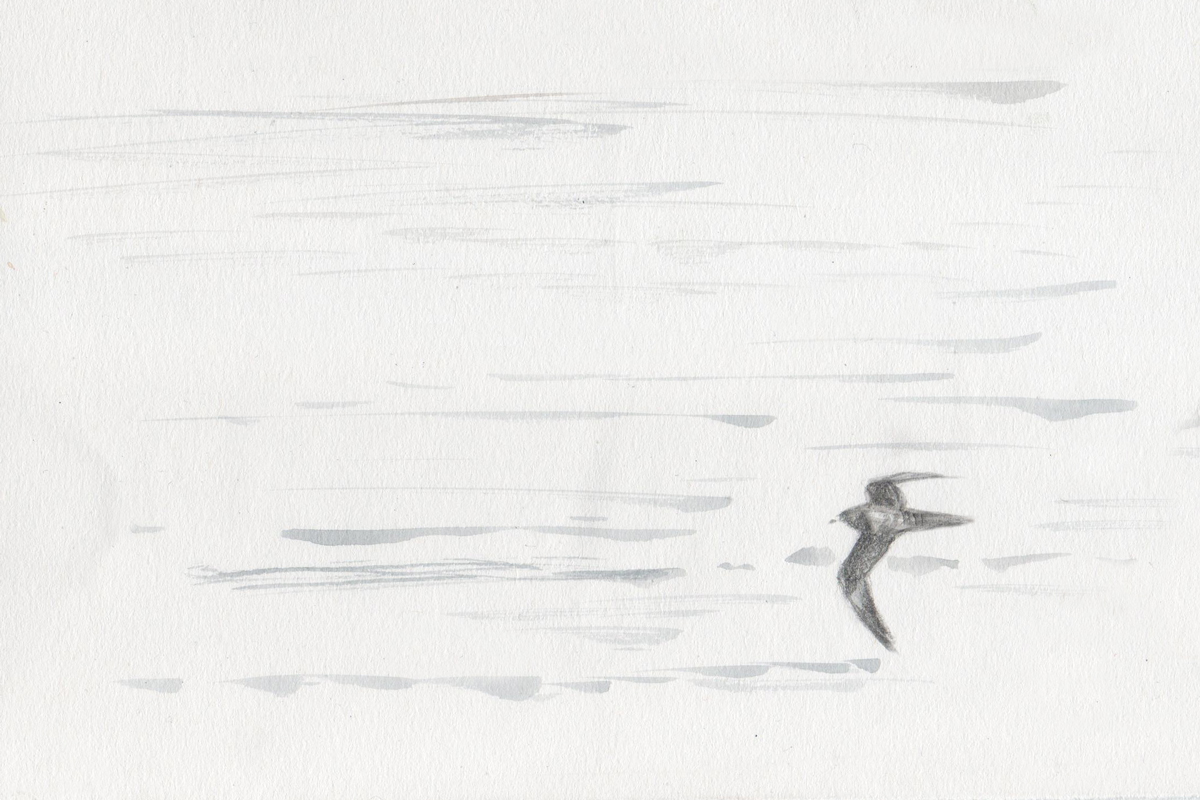 On Saturday after giving my bins a good rattle around in a sink of luke warm, lightly soapy, water to get rid of grit and salt spray, I went to hang them out in the sun to dry. As I stepped out of the door, this was the very time a Greenshank chose to come over the garden. The calling 'tyu tyu tyu' was heard easily as it approached out of the mist to to the north, and then, there it was, almost over head and at medium height. In true  Norman Wisdom style I forgot the bins had just been sluiced and raised them to my eyes. The cups were full of water and I got a face full. Champion. I did see the bird though. My first on the patch for two years.

On Sunday the wind continued gently from the north and it was overcast but mild. Time for another Cullernose Point stake out. I was in position for 6am and gave it a couple of hours.

A trickle of 46 Manx Shearwaters headed north as did 12 Common Scoter (9 s) and 3 Puffin. 4 adult Roseate Terns milled around off the point and a Merlin gave a brief appearance as it dashed south across the bay flushing a few waders on route.

It was, however, the skuas that made this seawatch worthwhile. 5 Bonxies were a decent total but only a single Arctic Skua was seen. Out of 9 other smaller skuas, at least 5 were juvenile Long taileds, and the other 4 looked likely too but were just too far to be sure. This is the best showing of Long tailed Skua for many years and probably equals my total tally of these here over the past 11 years!. Reports of birds moving through the county seawatching spots came all day. We even had a 'flock' of 3 together at one point. Of the 5 definites the flock of 3 were dark and the two singletons were paler.

They looked very small and dainty as they slowly tracked north, John even commented that they looked like a nightjar and I could see that straight away. No powerful hunter terrorising the skies here, just small graceful tern like skuas dipping occasionally then steady flight past the feeding terns and kittiwakes.

It went quieter around 8am so we headed into Craster to check for passerine migrants. It was desperate with very little to be seen or heard. We had 2 Whitethroats, another Merlin, and a Common Sandpiper flying high over head calling.

I went back for a short seawatch again in the evening from 6.30pm - 7.30pm. It was still slow but another pale Long tailed Skua quite close and two more skua sp headed north with a handful of Manx Shearwaters. 3 Bottle-nosed Dolphins gave good views very close inshore.

With the wind swinging west this week it seems that migration will be curtailed until the next change in pattern. Its pouring with rain as I write this, so there is still a chance of something in extra time... 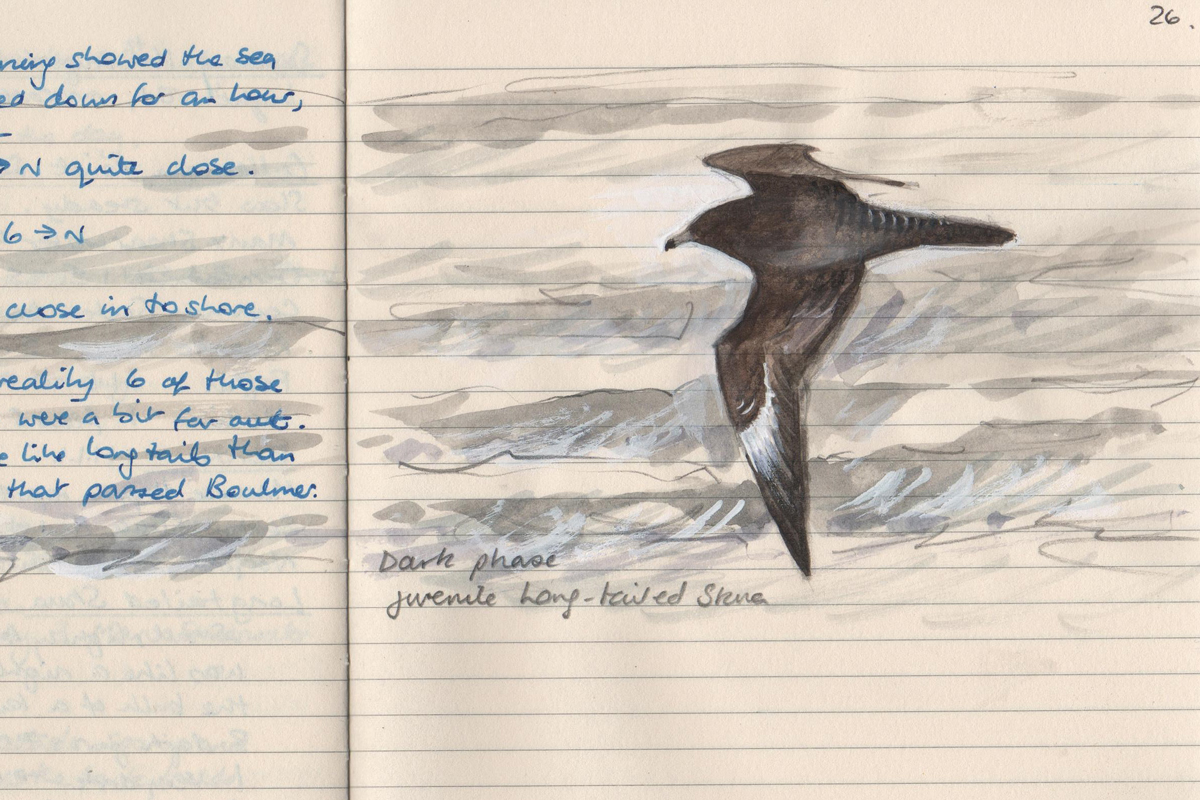 Great stuff, Stewart. It's been a few years since I've seen a Long-tailed Skua in this neck of the woods, but the number currently being seen off the E coast is really encouraging. Hopefully we'll get a few crumbs from your table... ;)

Cheers Gavin, they had a good spell in the 90s here with adults and juvs being seen annually on seawatches but the recent decade has been very poor for them. I was surpised at these juvs because I dont normally see a juvenile til mid September with adults in August, yet no adults were seen.