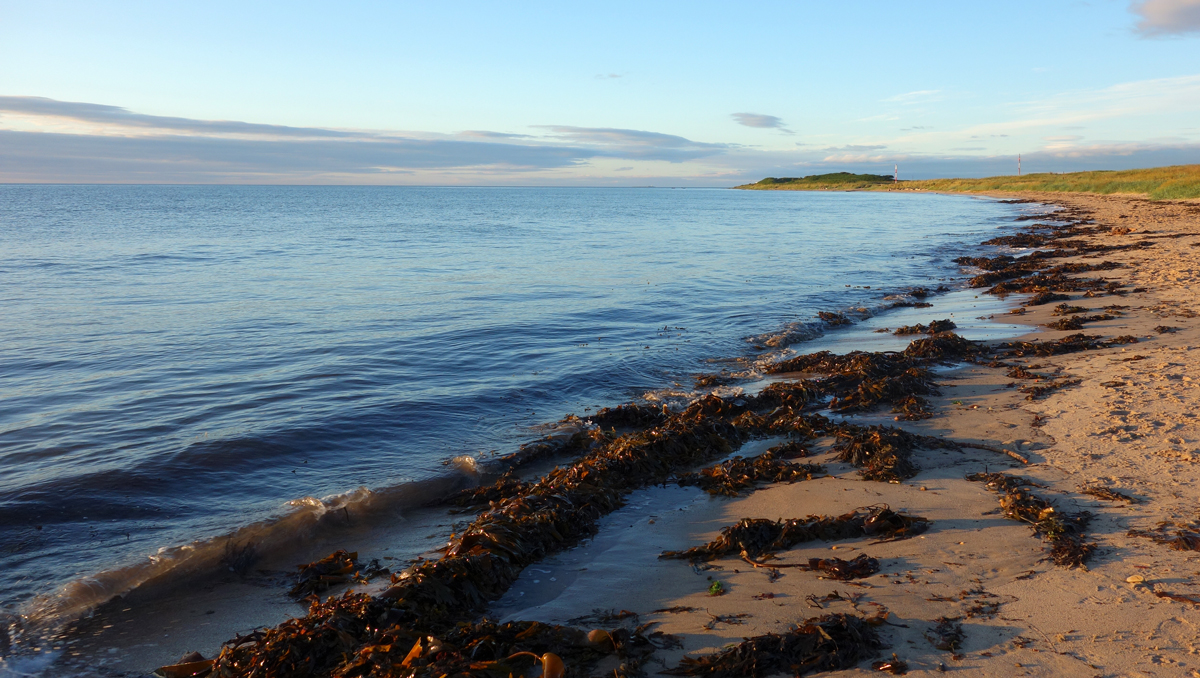 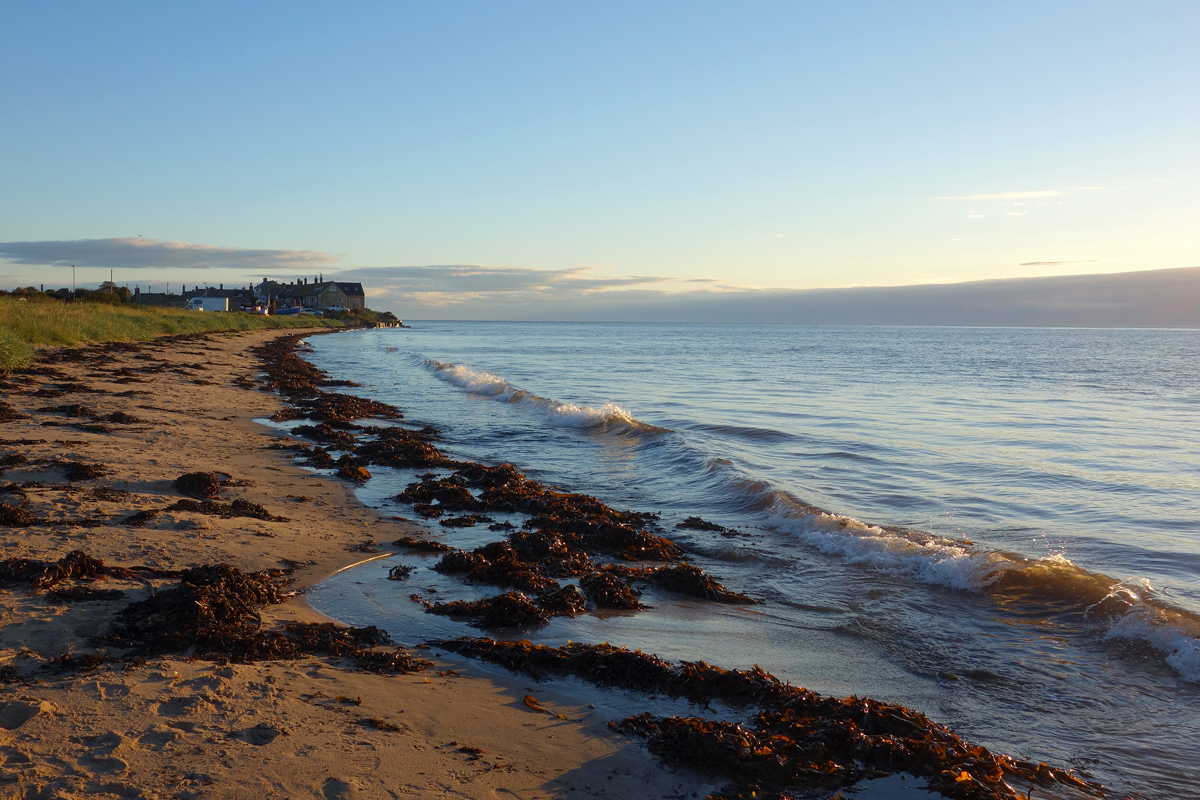 It was a very big tide at Boulmer this morning. 5.4mtrs brought it within 2 mtrs of the grass at full tide around 6.30am. Its not often you cant walk in front of the village. At low tide it will have been a kilometre out beyond the rocky skeers. The morning began very pleasantly with  clear skies and a light, cool westerly breeze.
Before we made our move a scan of the remaining beach had 5 Goosanders and 20 Pied Wagtails over flown by a female Sparrowhawk. There was a steady passage of hirundines with 120 south in the first half an hour. While looking along south to Seaton Point ( top image) an angler wearing chest waders was fishing a lure in quite shallow water where he caught a nice, silver, Bass that appeared to be around the 3lbs mark. Note, I don't call them 'Sea Bass'? I leave that to the chefs because we only have one Bass in the UK and they were never 'sea bass'. Just Bass.
We walked north beyond the village to see if there were any migrants around. It was always going to be unlikely with this weather. We did have 4 Wheatears and 2 Sedge Warblers in the mugwort though, plus a lone Willow Warbler that came out of some long grass on the edge of the beach and flew West. A covey of 8 Grey Partridges looked a bit moulty in the field west of the coast path.
Waders were in reasonable numbers with -
2 juvenile Curlew Sandpipers, 36 Dunlin, 6 Sanderling, 7 Knot, 17 Ringed Plover, 47 Golden Plover, 6 Bar tailed Godwit, 1 Whimbrel, 30+ Curlew, 30+ Turnstones and a call only Greenshank.
10+ Swifts were over Longhoughton Steel.
A small gull roost in the field consisted of 40+ Great black backed, 1 Lesser black backed that looked very dark , possibly 'intermedius'  and 6+ Herring Gulls. Most of the terns seem to have gone with only 6+ Sandwich Terns being seen.
By now the summer crowds were arriving so it was time to move off. 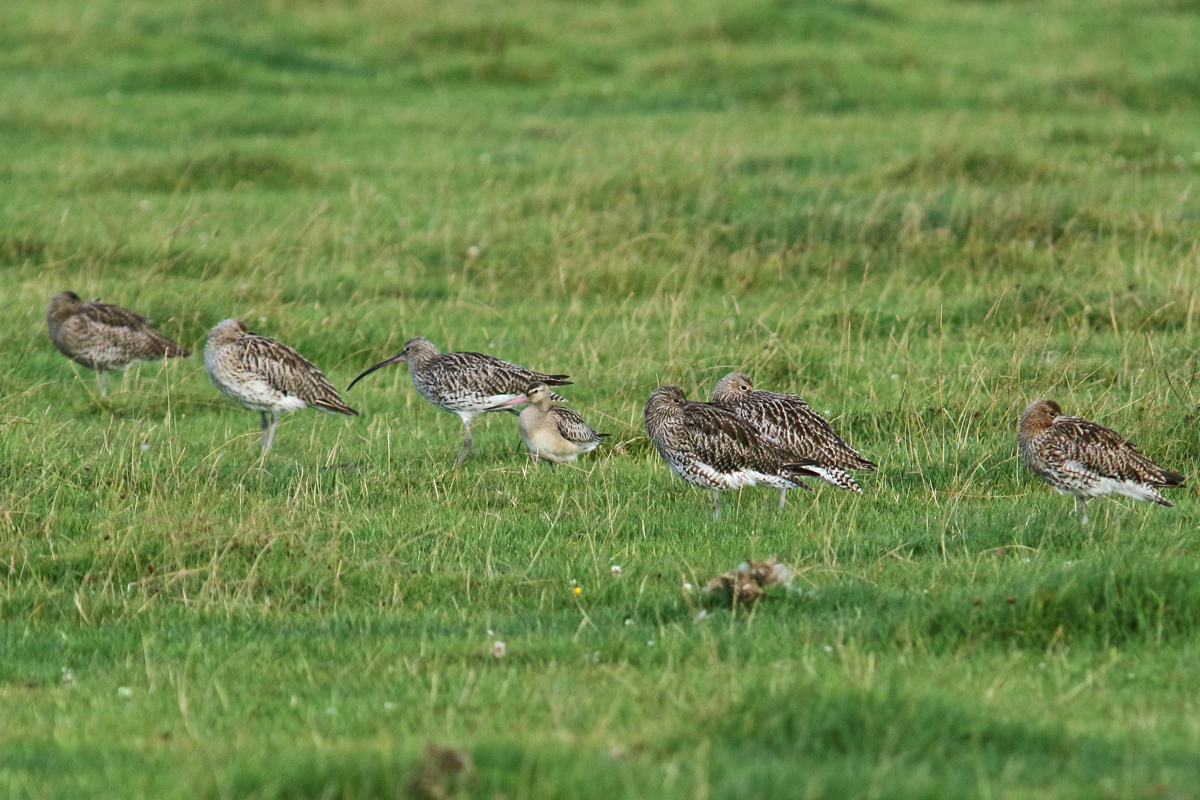 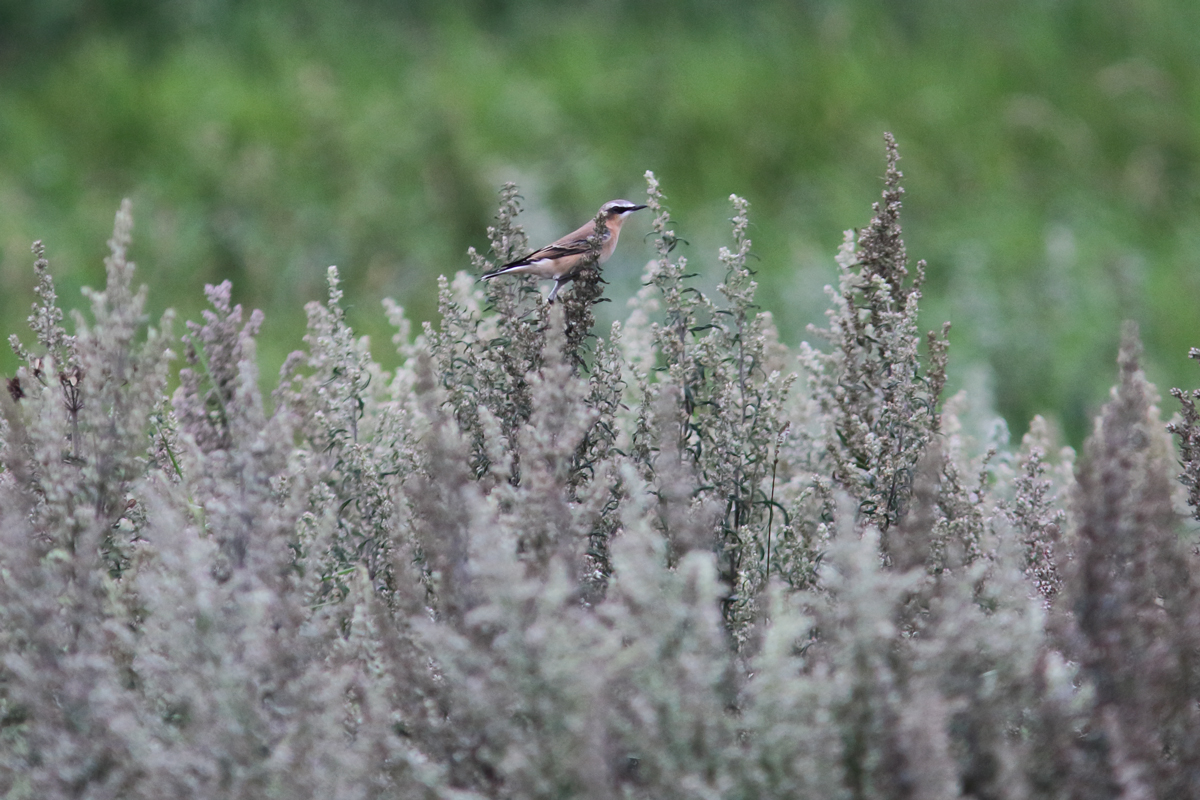 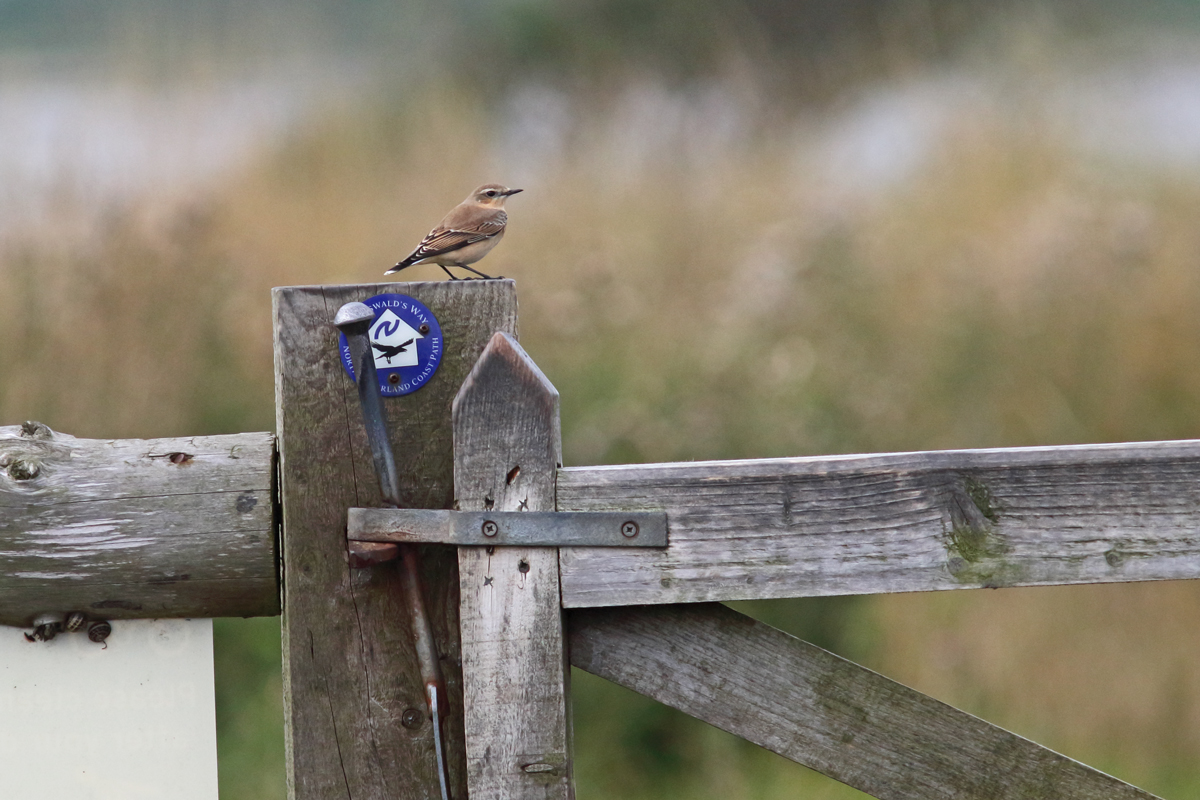 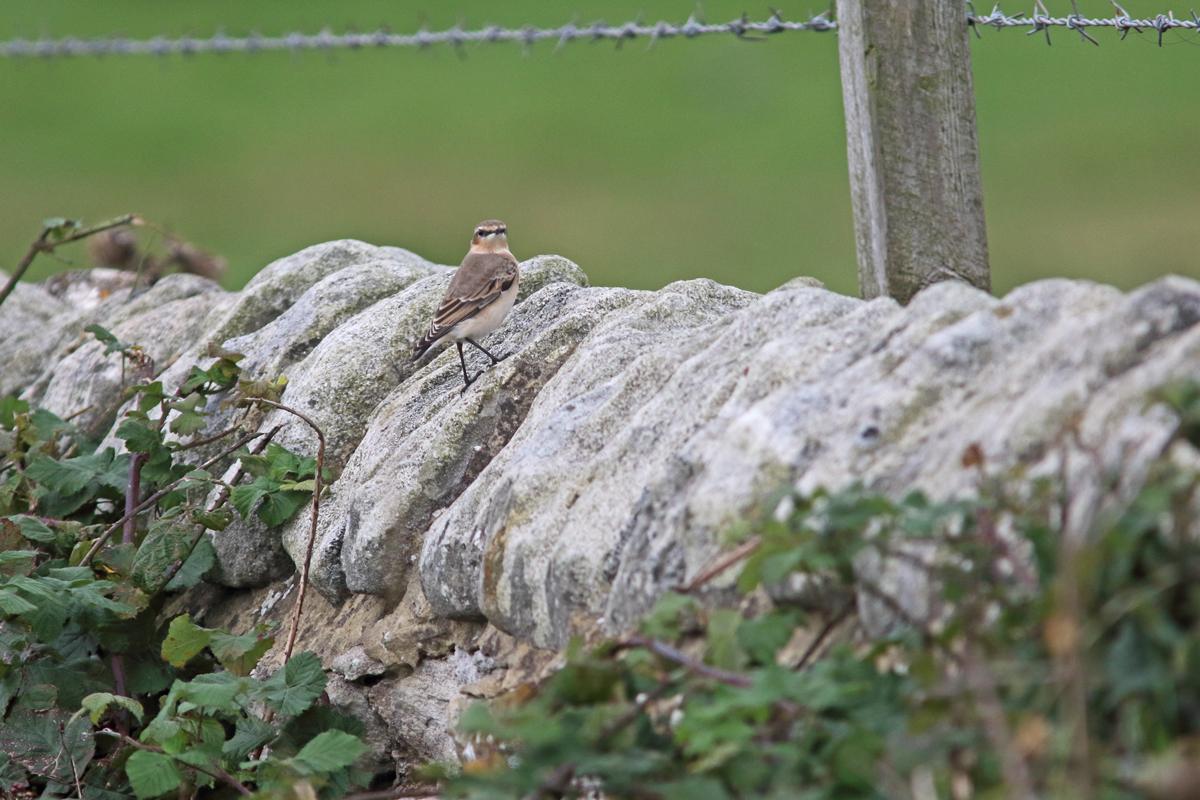 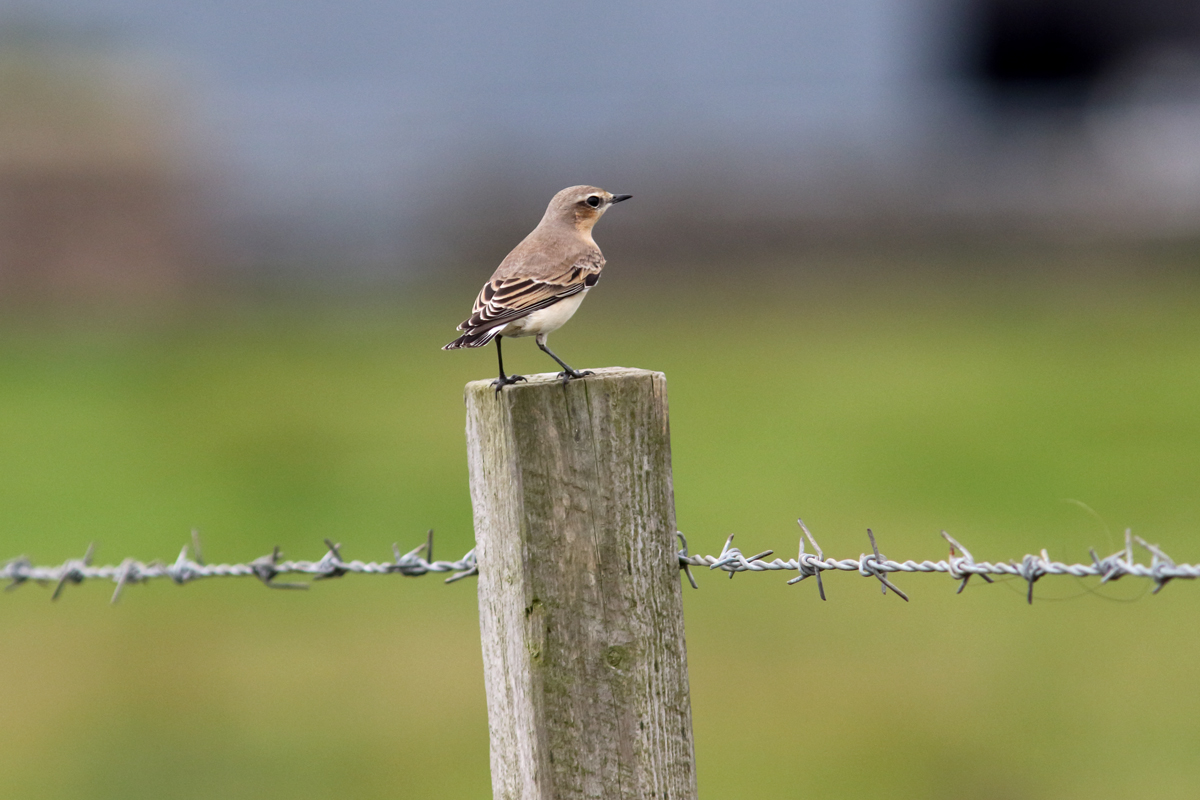 We moved only a mile or so away to Foxton Bends, a meander in the River Aln that sometimes holds waders. Today we had 6 Little Egrets, 2 Greenshank, 2 Common Sandpiper, 2 Dunlin, 20+ Curlew, 9 Teal, a Yellow Wagtail and a Kingfisher. A female Redstart flew across the road but we couldn't relocate it. Not a bad little stop. 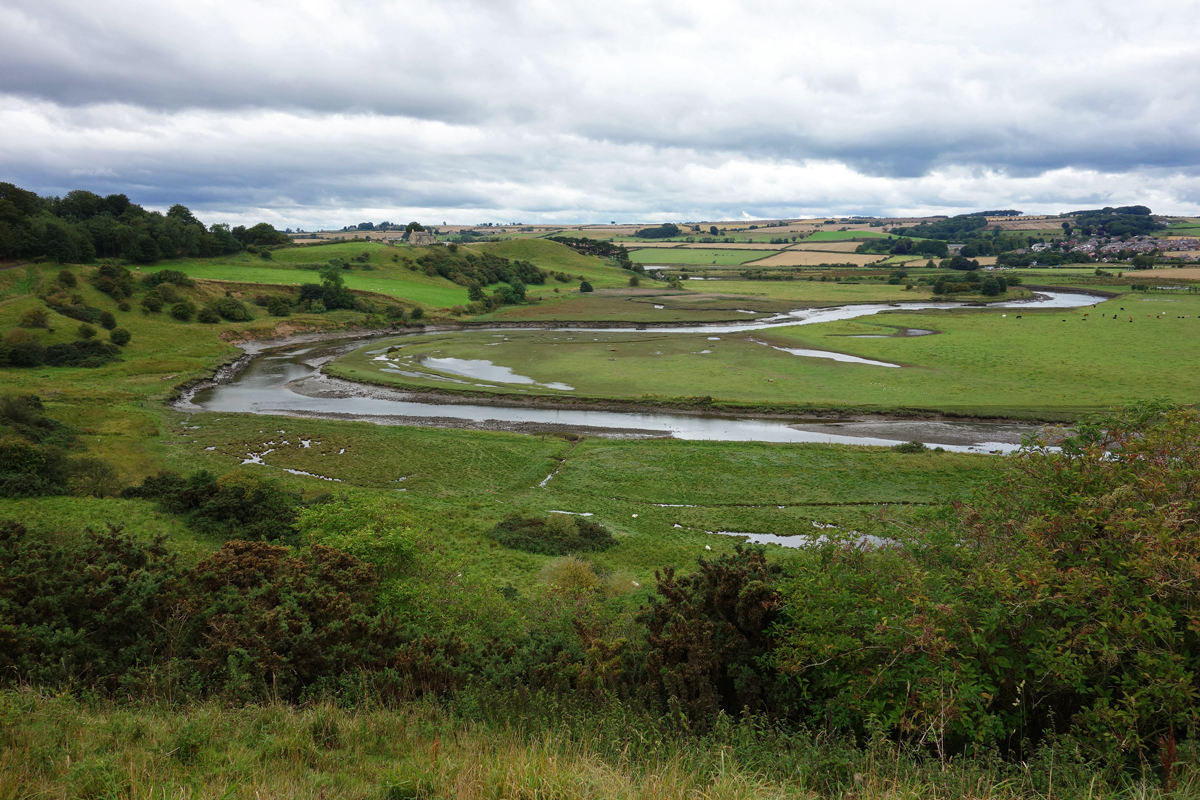 Then it was back home where the moth trap was waiting. The catch was uninspiring but the bycatch was quite nice, a Twin-spot Centurion Sargus bipunctatus, a lovely soldierfly...
Posted by Stewart at 6:39 pm