I'm not looking for Dolphins!

Storm Francis rattled the windows and give the place a good soaking yesterday. Although the wind was from the East, there was also a low pressure over Scandinavia so land migrants would not be in any numbers, however, it only takes one bird. As I have mentioned before, I tend to set my goal targets pretty low when I go out, that way I dont get too disappointed. If I am lucky enough to improve on my goal, that's even better.

When I saw the weather yesterday, my goals were very simple. It is ages since I have had any of these on my patch - Pied Flycatcher, Garden Warbler and Redstart. You would think that living withing stepping distance of the North Sea, these birds would be two a penny. They are in Norfolk or Spurn. Just not here on this random flat bit of coast. In the back of my mind I have some premiership targets too like Wryneck, Barred Warbler and Red backed Shrike but if I stick with the more likely three, you never know one of the rarer ones might step in.

After work yesterday the rain had paused for half an hour so I took Peggy for a walk to the coast path. As we approached a movement near some cut gorse attracted my attention. There was a leaf on the barbed wire strand? No, not a leaf, it was a bird... a female Redstart. First bird looked at goal achieved, my first Redstart since 2017. Its just as well because there were no other birds at all to look at... 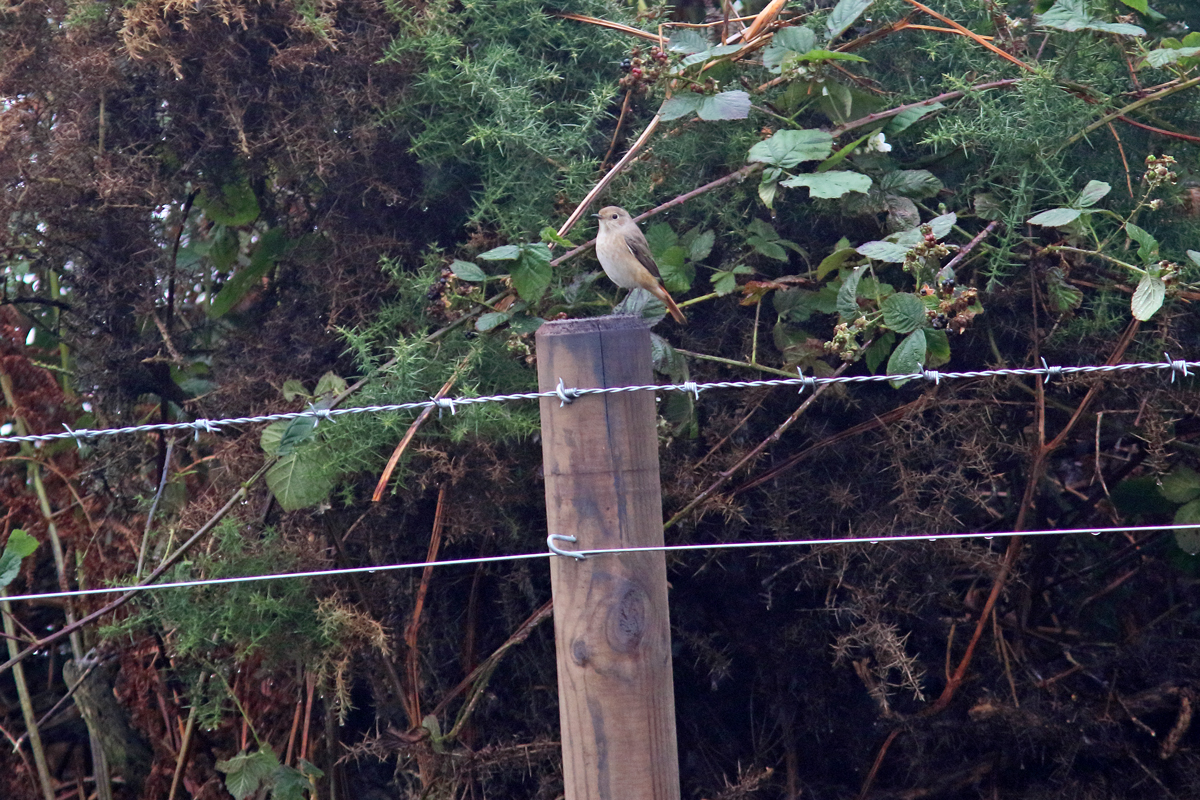 Today, the wind has swung more Northerly but has dropped off a bit. The rain too. Keen to get a look at the sea in improving conditions, I clocked off at 2pm and headed off the Cullernose Point where I did 2 hrs.

There were more people than birds. This COVID keeping people at home is getting tedious. I have never seen the coast as busy than it has been this last 4 months. While seawatching, festival style groups wandered by looking for facilities ( we have none). Every third group asked me 'Are you watching Dolphins?' After my Nth reply, I just screwed my eye into the scope and played deaf.  I know its anti-social but I just want to be left to seawatch in peace!

Today's tally was still slow, but only on a Northumberland coast patch would you consider my 2 hr list slow and many would gladly swap me for it, so like when I am looking for reasonable migration targets, I wont complain..

Gannets, Kittiwakes and Fulmars not counted. Too busy looking for more interesting fare. 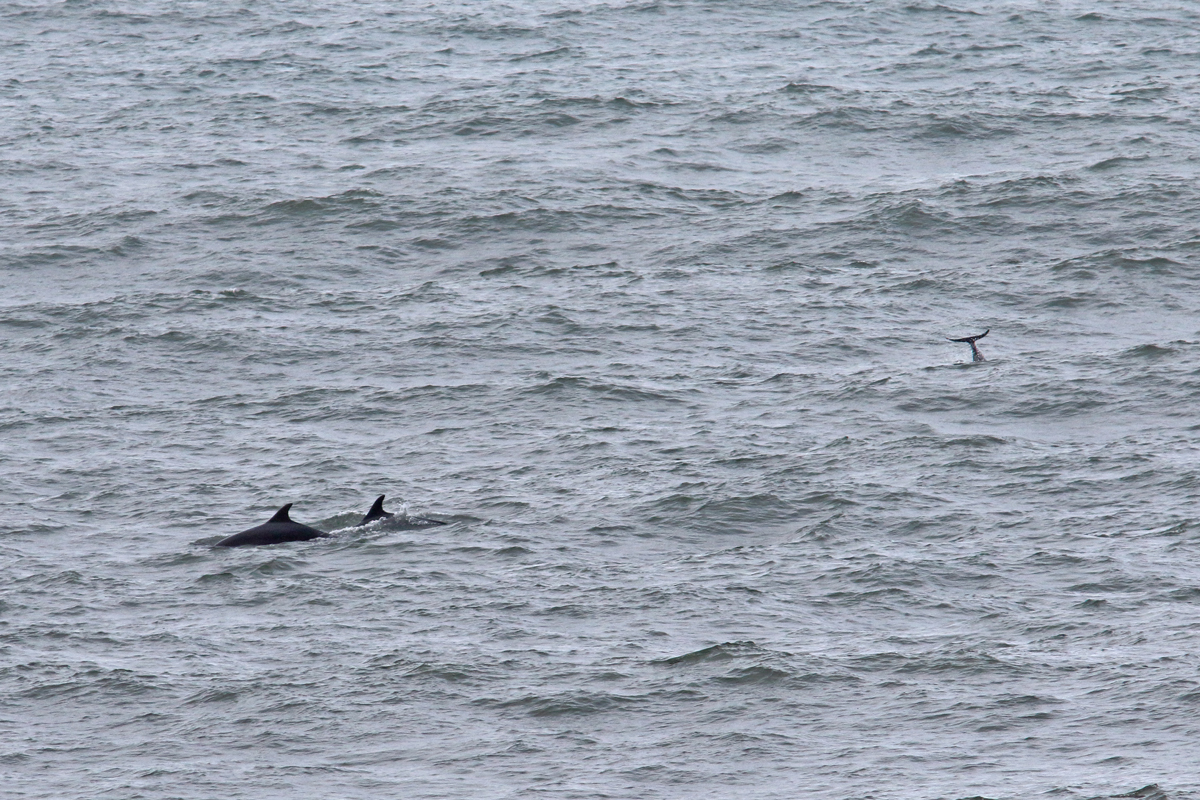 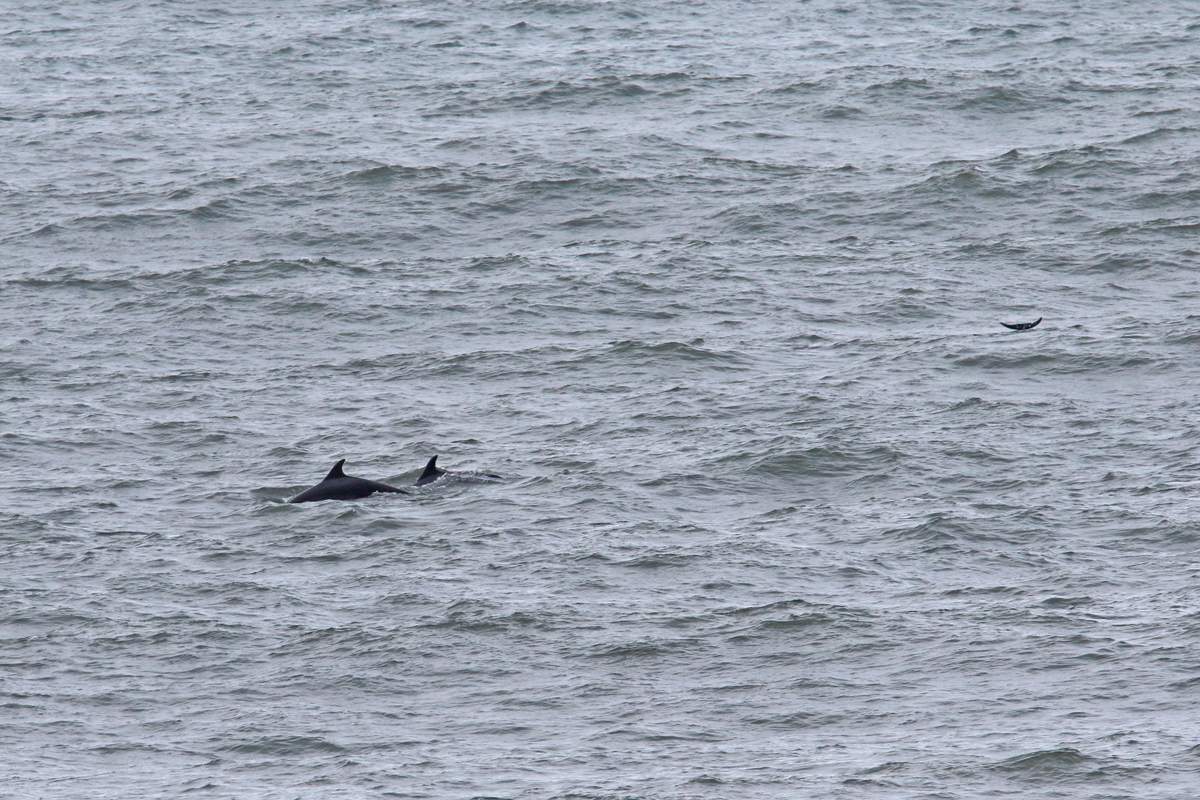 great post, I think the novelty of having visitors back has well and truly worn off for most locals.

The brents look very purposeful in their formation

Thanks Iain.... yes Simon they have come a long way...

No Brents in Northern Ireland yet. Usually a few turn up in late August.

Theyre on the way Derek...

Haha! Very entertaining blog post and love the photos. I know the feeling of having strangers talk to you constantly just because of the equipment you're carrying! Many a wildlife shot has been missed because I was too busy being polite 😬.