My second day working from home from 8am until 4pm sat at the computer with only an odd break away for a cuppa or to let Peggy out. During this time in some nice early spring weather I managged to add a few new species to the garden list.

I was a bit disappointed that there was no obvious overhead passage going on, but some of the locals appeared co-operatively.

First thing a Curlew flew south over the garden. This is not an unusual occurrence but by this time most have moved on inland or further north so I was pleased to get this one out of the way.

A Tractor ploughing a strip of the back field was a good sign and I felt sure it would add something like a Lesser black backed or Med Gull but no, only a few Herring Gulls attended but it did flush Skylark and Rook while a Stock Dove landed with 19 Woodpigeons on the fine tilth afterwards.

Around the feeders and garden itself were Song Thrush, Bullfinch, 2 Sparrowhawks, male and female and a Magpie. A loudly honking Greylag flew very low overhead this afternoon bringing my wildfowl list to one.

Bird list now stand at a respectable 33 species for the last few days.
Late edit - 3 Long tailed Tits over the feeders were forgotten and late last night a calling Redwing emigrating back home was pulled in by the light of the moth trap. Revised Total 35

This post is quite photo heavy to give readers an idea of my garden patch at the present time.. 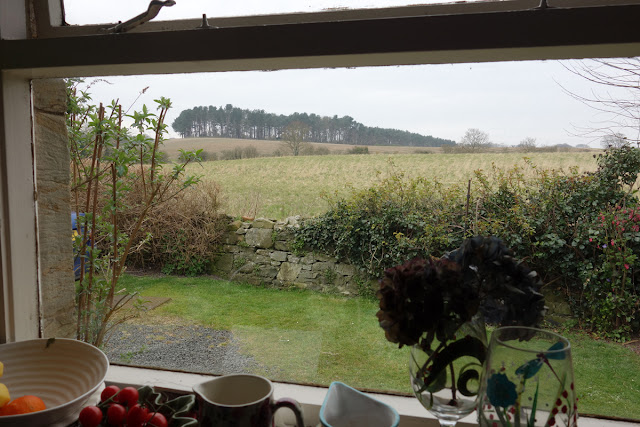 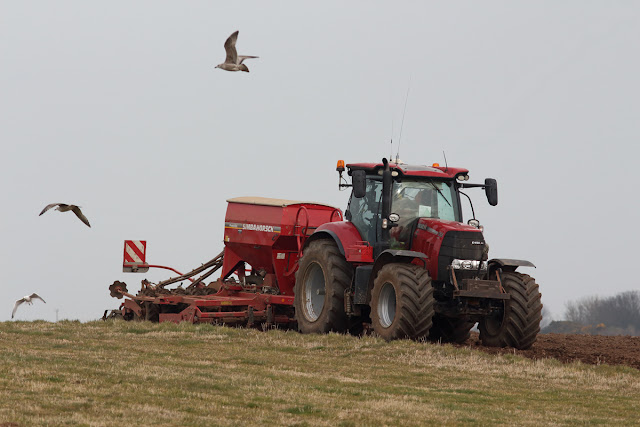 What a wonderful garden Stewart. What I would give...

We are very lucky Steve. I cant imagine what it must be like for those who live in towns and cities. A few steps and I am in open space with no one else around...

I think must be about 40 years + we would cycle down to Howick, birdwatching, there was a house in village that worked as a little shop, icecream, pop, birds, great times.

Countryside living is indeed a kind of social isolation from the busy and noisy life of the Urban culture. The blog presents amazing pictures and narration of a countryside farmhouse with a beautiful garden hosting many kinds of birds. Thank you, Stewart, for the lovely tour of your private space.