On Sunday JWR and myself went over to see the Gull billed Terns as he was unable to get away earlier. They arrived from the south east bang on cue at 8am and continued their routine the rest of the time we were there. The dull flat light gave even better views than on Friday. Also on the pits were 16 Barnacle Geese, 4 Whooper Swans, 4 Pochard and 1 female Goldeneye.

As we were in SW Northumberland we decided to go the whole hog and venture over the border into the hinterlands of Mordor where a juvvy Spotted Sandpiper was showing well on a creek in Jarrow, South Tyneside. Initially it remained quite distant but as the tide began to rise, this little teetering wader came close up allowing good views and evena few photographs.

This is my, er, 4th Spotted Sand but my first without spots!

Watching this bird brought the morning, and maybe the birding autumn, to a close. Unless this pending northerly produces some seawatching at the weekend... 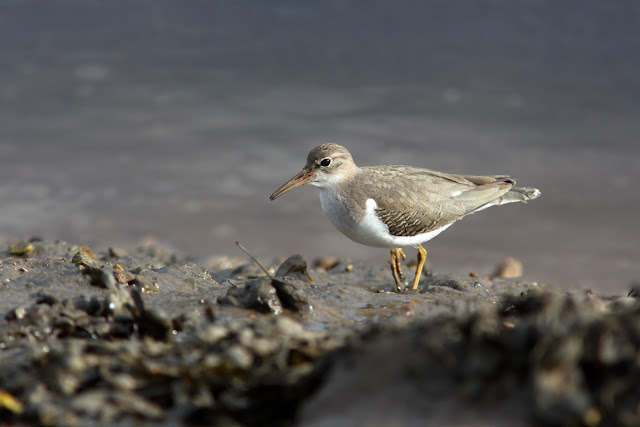 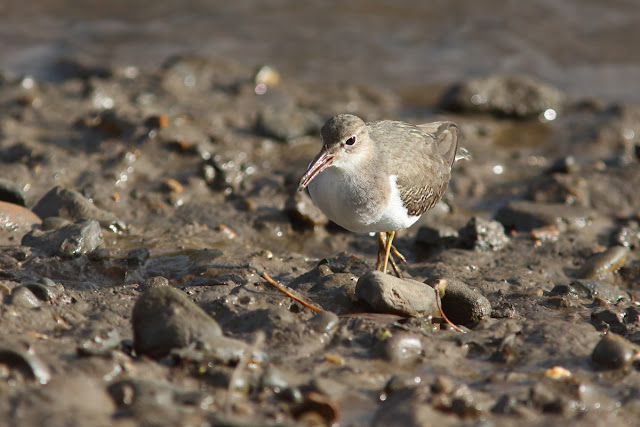 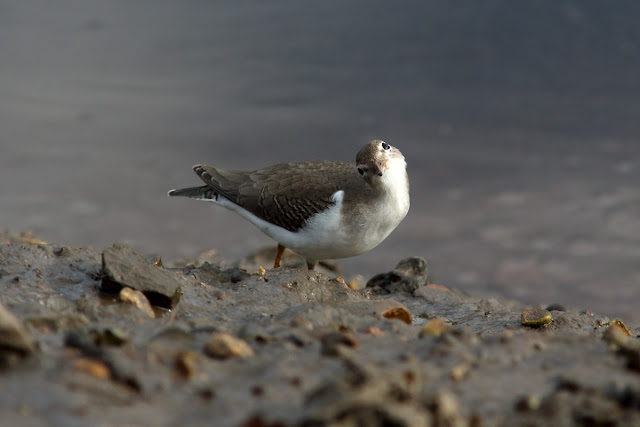 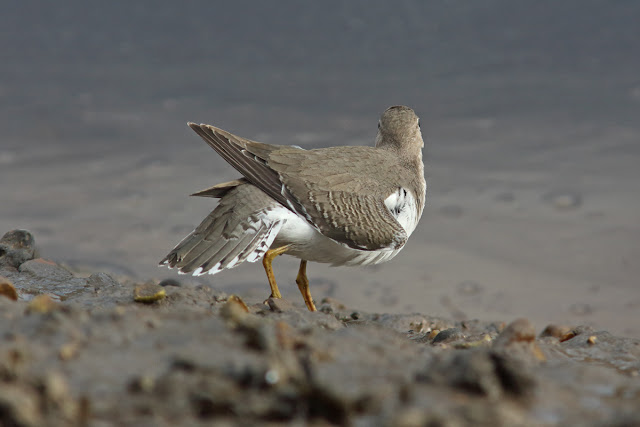 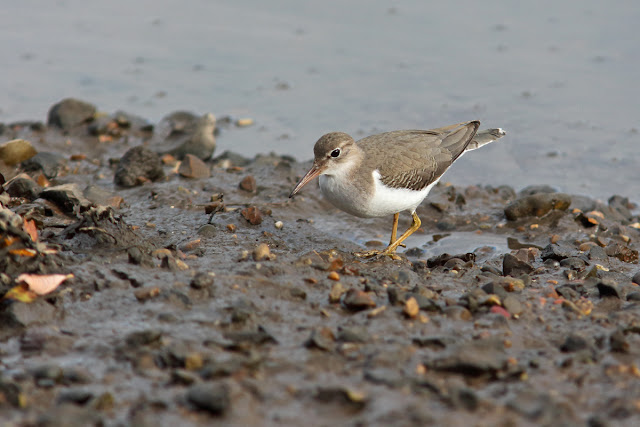 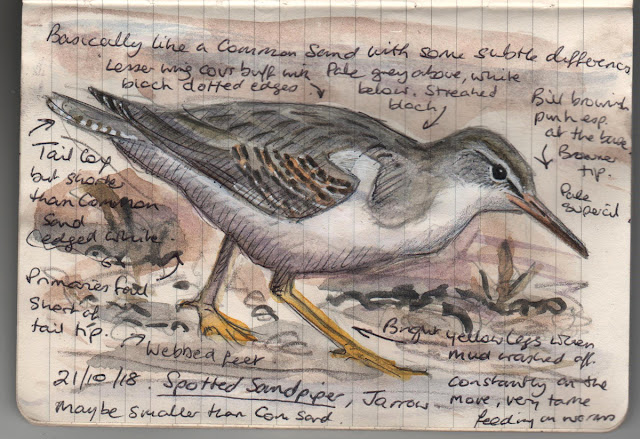 Stunning photos as is your field notes drawing. I always love to see what you are discovering up in Northumberland, missed going this year :( Hopefully next year.
Amanda xx