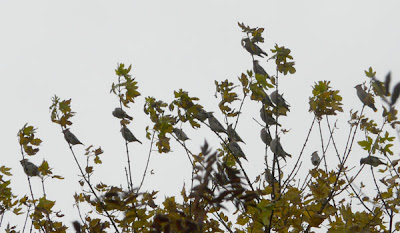 Thanks to Dave Dack I caught up with the Ashington Waxwings this morning on my way to work. 43 of them were plundering two tiny rowans behind Woodhorn Motors. I parked the car next to the small trees and waited for them to drop down to feed. Their behaviour was quite interesting. They would sit for ten or fifteen minutes up the tall tree, calling constantly then glide down to the rowans. The call would change to include some 'seet seet' notes and each bird would only eat a few berries before flying up in a panic to digest for another ten or fifteen minutes. 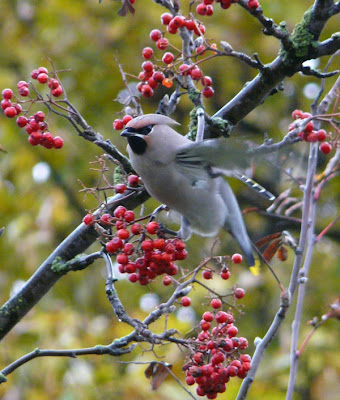 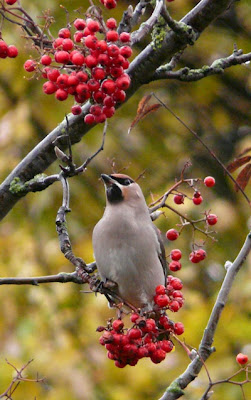 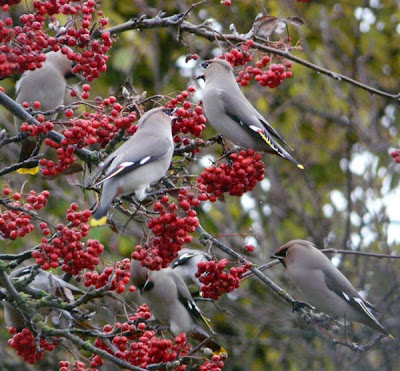 We are lucky in Northumberland in that Waxwings appear in varying numbers most winters. This seems to be a good year for them so far, but it wont be long before these birds move on south to find more berries... 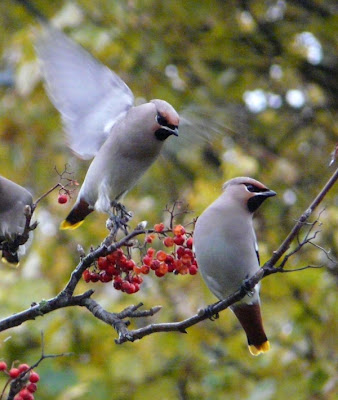 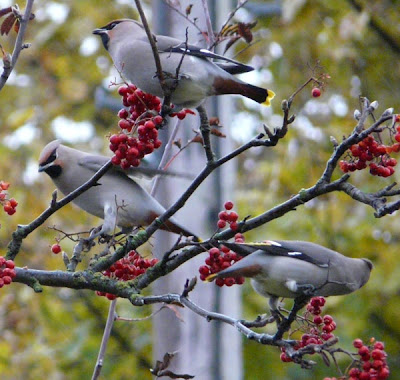 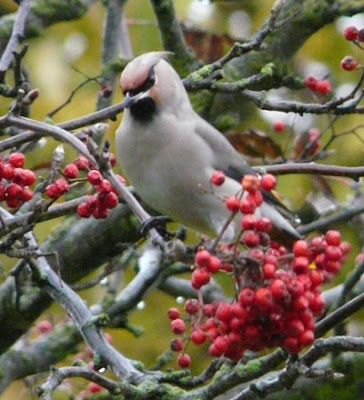 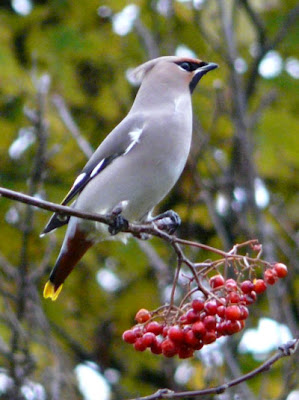 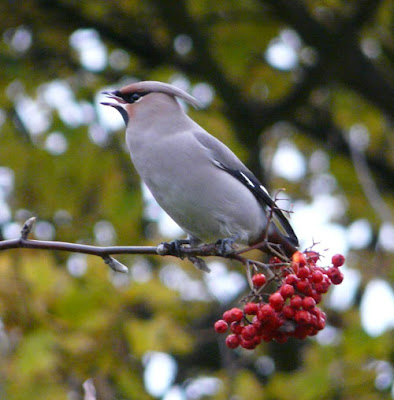 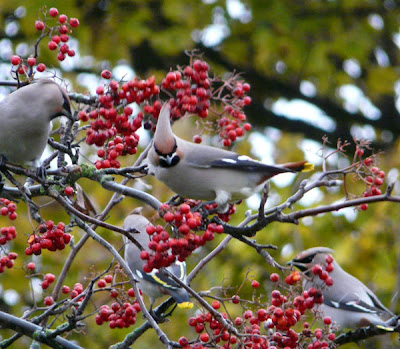 I like this one, it shows the large crest that gives these birds such distinction. Its a pity it was very dull and rainy when I took these pictures. I had the iso set very high to get anything at all...

While watching them a Peregrine flew over west. This didn't worry the Waxwings who just went quiet for a minute as the raptor disappeared.

At lunchtime a Red flanked Bluetail and a Pallas's Warbler were found together in the vicars garden on Holy Island. I might try for them tomorrow. Its 13 years since I saw the last Holy Island Bluetail...

On the way home from work a Barn Owl flew over the car at Hipsburn.
Posted by Stewart at 7:30 pm

When you've finished with them, could you send them south please?

via Barnsley i hope.

Cracking photos! Spoiled you are :-)

Hope your right about it being a good year for Waxwings. The sooner they eat all your berries and move down here the better!!

Hello all, I've been to Ashington and waved my arms a bit to chase the birds your way... :)

That flock will strip the available food in a day or two...

Cracking shots of the waxers...might go an see em tomorrow..

Waveing your arms, how dare you.

Yu cannit get vexed with Waxwings.

Time to play catch up, right where's that Desert Wheatear. :)