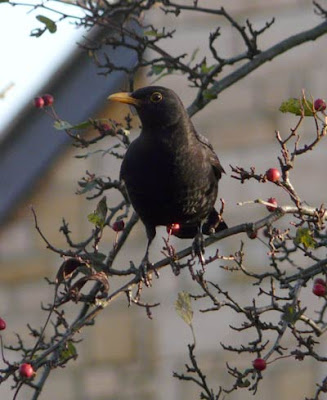 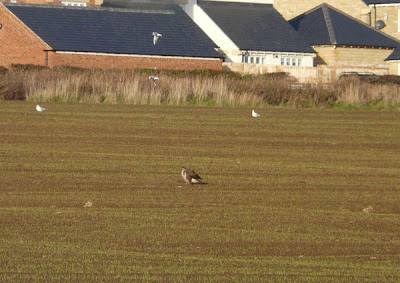 This is what its about. Back to basics birding, none of that flitting from here to there after the latest rarity. After all migration has finished now. This morning dawned nice and bright with a moderate breeze, a SW5, so I did my duty and surveyed an atlas tetrad around my village.

After breakfast I thought I would pop down to Boulmer and do the Seaton Point tetrad too, I was in my stride.

After half an hour counting a horrendous storm came in from the south west increasing the wind to force 8 with heavy hail and rain stinging the face. This was never going to get a good count so rain stopped play. I retired from the survey.

Now, I had just got back to the shelter of the car when a message came through saying there was a Desert Wheatear near Alcan Power Station just north of Newbiggin. Although I have seen 3 in Northumberland already I figured I deserevd a treat after dipping out yesterday and getting soaked today so off I went.

Although the bird was out of view on my arrival, we soon all got good views of the male Desert Wheatear on the ash and boulder beach in the shadow of the power station. An what a cracking bird too. This one seemed pinker in tone than my only other male dessie and with contrasty black face and wings it looked the part as it flew and hopped around the moonscape beach. 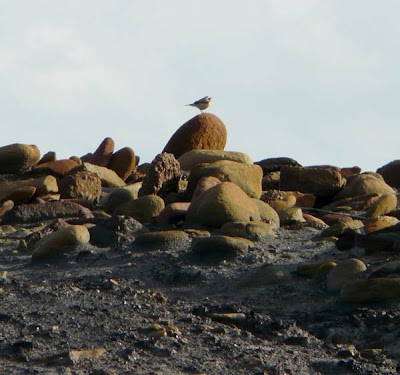 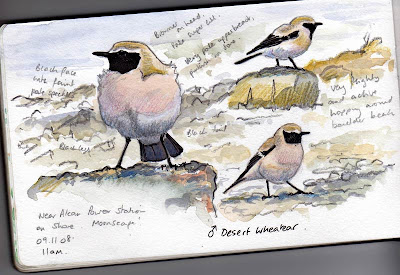 As my picture above shows I didn't do well with the camera so a sketch from memory as soon as I got home helps ( didn't do well here either I missed the black wing joining the face. Write a hundred times - Notes MUST be taken on the spot).

Then Ian Fisher (top) and Alan Gilbertson ( bottom) sent me the photos below. 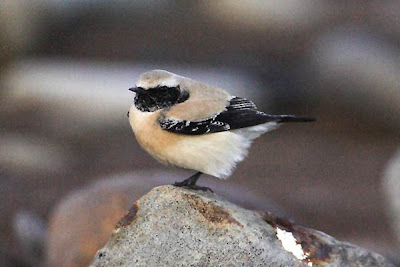 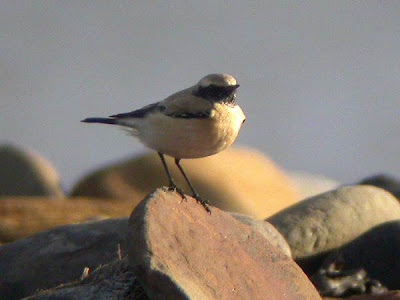 So much for the autumn ending. Northumberland did well today not only did we have the Wheatear above, but the Bluetail was relocated on Holy Island ( bloody thing), Hume's Warblers were at St Mary's and Newbiggin along with Yellow browed Warblers at both sites too! Throw in a few White billed Divers and a Waxwing invasion November has eclipsed October again...

Speaking of which this is Ian Fisher's photo of the White billed Diver that flew over his head last week at Hauxley. Not often you see a photo of a seawatch rarity... 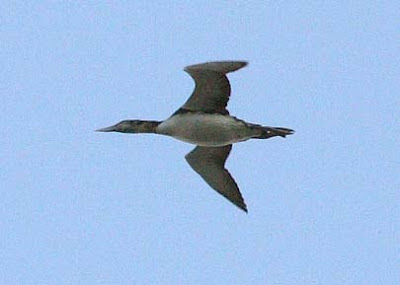 Very ouch!! Reckon I saw that, the pale face showed well on the bird that past me distantly. Next October/November cusp I'm putting out Herring on sticks, maybe that'll bring them in to id range here.