Caithness Part 3 Plants and others.

As I mentioned in the previous posts, not having been to Caithness before for any length of time, I was looking to see what new species I could look out for.

Being so far north there are a few plants that are rare further south to seek out, the best of these being the Oyster Plant Mertensia maritima . Oyster Plant used to be more widely distributed and was even found in North Northumberland as far back as 1928 but now it has declined significantly in that it can now only be found on a few undisturbed rocky shores around mainland Scotland and Orkney.

I downloaded the Rare Plants of Caithness by Ken Butler but found it dated being mostly pre 2009, but it was a guide. There were 6 sites in our area to check and some looked promising, but by the time I had visited 5 of them with not a trace, the omens weren't good.

Scanning Twitter for images of Oyster Plant I came across one photo from 2017 at an area I had already visited that very day without luck, so I contacted the photographer. Very kindly he sent me a  pinned map of his site. It was about 200 mtrs from where we had been looking, so we went back. Soon I found some ideal looking habitat and there in the middle of a small stony beach was the Oyster Plant. An adult specimen prostrate over rocks with a diameter of around 2 feet and in full flower too. Lovely. 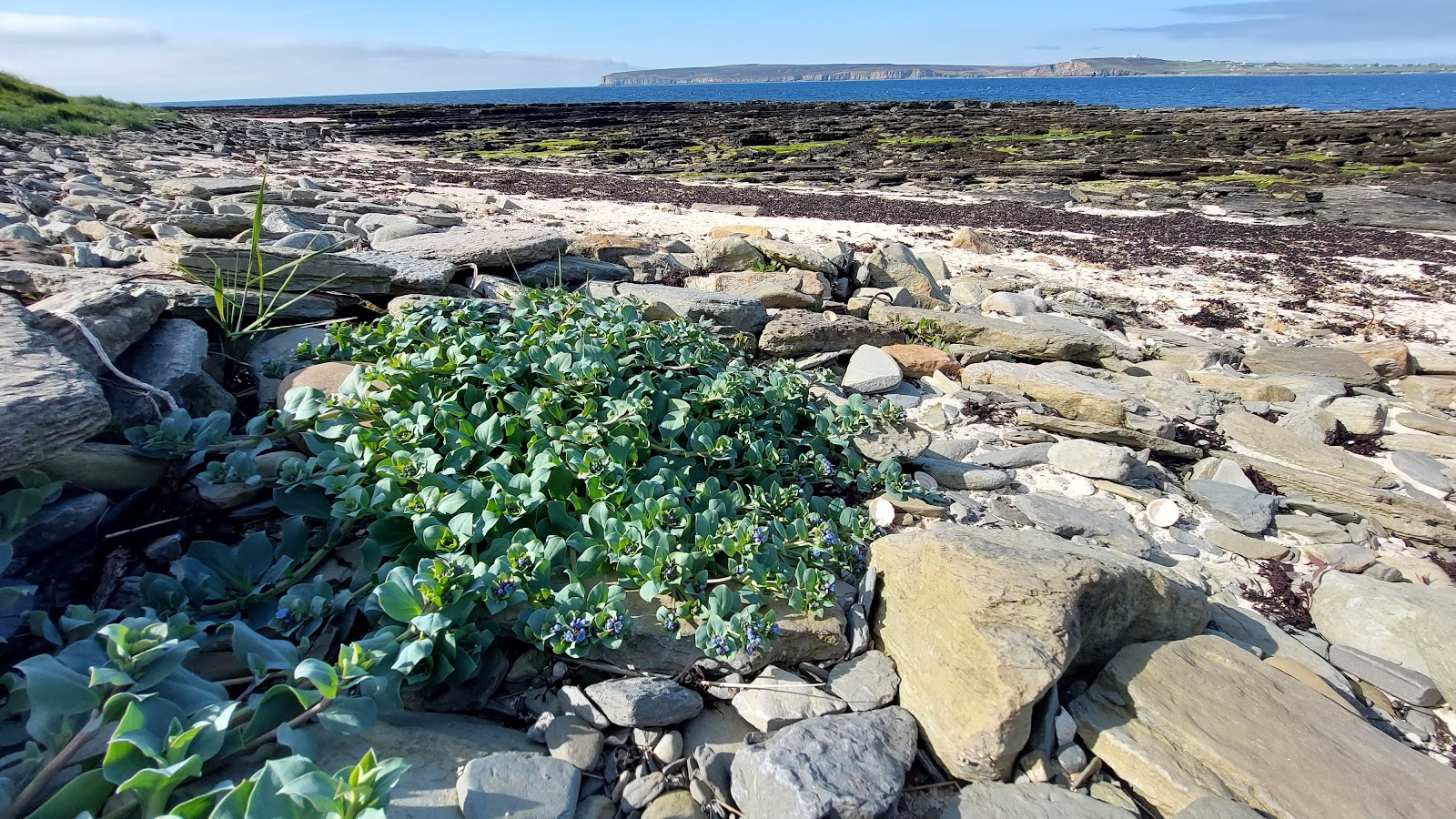 Nearby at Greenland Links and Dunnet Forest ( a small plantation, Kielder its not) a few other goodies were found.


At a disused quarry just north of Scrabster we found the stalks and leaves of long over Scottish Primrose. I missed them on Orkney too, many years ago due to the same thing. Some compensation was had by finding Roseroot growing in several places.

And thats about it really. Birding was almost non existent other than watching the sea from the house. There were up to 60 Black Guillemots which is the most Ive ever seen together, plus daily Great Northern Divers in summer plumage, an off Black throated with the GNDs, singing Dunlin etc.

Otters were seen from the house on two days including one that sat out for the whole hour that Springwatch was on telly.

All in all a nice two weeks, the coast was spectacular and we were very lucky with the weather and the Orcas. On the downside, once you are off the actual coast the landward side isnt good. It very intensive farmland with little of interest for me. Would I go again? Probably not, Orkney would be a better choice. 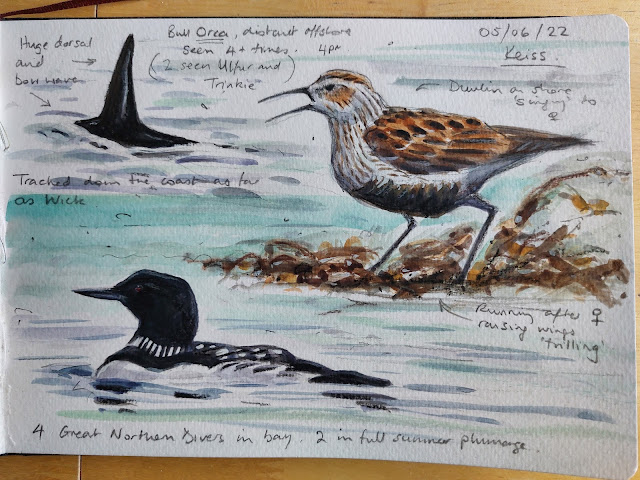