As spring proper rolls ahead at a pace, there is a definite change on my manor.

On the 6th March my first Buff tailed Bumblebee and Peacock butterfly made an appearance, then on the 10th an emergence of Toads crossing the lane end at dusk is always pleasing to see.

Also on the 10th, en route for a takeaway ( Chinese, if you are interested), a Brown Hare was sat out in the road illuminated in the car headlights. Its a very rural area with  no other vehicles so I turned the dipped lights to just side lights and stopped. As it was soon made obvious, this Hare was a female who was suckling a tiny leveret maybe only a day or two old on the road. She ran across to the other side, flipping junior over to be left alone.  Knowing that these tiny babies are very independent from birth I sat and watched as this hamster sized lagomorph scuttled across only to get stuck at a wheel rut in the verge.

At this point, it seemed the best option to give it a wide berth as I drove past and check it on the way home.

Twenty minutes later I slowly retraced my steps and the little hare was nowhere to be seen but I could see the mother quietly weaving her way along the hedge bottom. Hopefully the youngster was lying in there out of harms way.

At 11.30pm a Moorhen called repeatedly as it circled our garden and headed off north.

A small flurry of birds came on Saturday 12th. Farmer Tom was ploughing the Rectory stubble and was being escorted by an entourage of between 700 and 1000 Black headed Gulls. There had to be a Mediterranean Gull in this lot, so repeated scanning of the blizzard of gulls soon revealed the expected, lovely, dapper adult male Med standing on the plough in full summer plumage. What a smart bird. 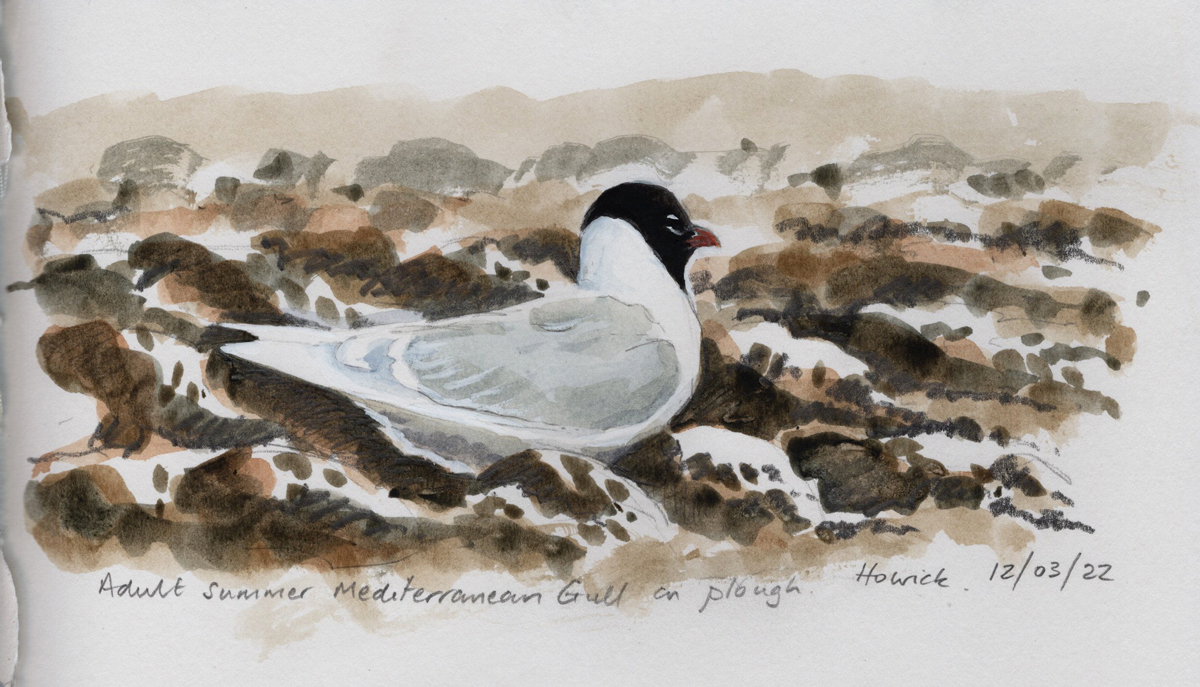 The first Chiffchaffs of the year made an appearance with up to 4 seen and heard around the pond field.

On the way back from the walk, the Water Rail had returned to the burn near the bridge but as per usual  ran off into cover in a flash. Other birds noted were 25+ Siskin, 1 Fieldfare, 4 Redwings ( one was singing today), 2 Buzzards and a few Meadow Pipits.

On Sunday 13th, John came over first thing to have a wander. The main reason for not going to Boulmer or the moors was that I had put the small bucket moth trap in the wood over night and I needed to retrieve it. While my large garden 125w MV Robinson caught a single Hebrew Character on a cool windy night, the little bucket caught 35 moths of 10 species. Habitat is everything at this time of year.


Birds around the patch included 11 Fieldfares, 3 Lapwings S, 1 Raven over the road seen well quite close to, 2 Grey Partridges, 2 Treecreepers, 1 male Greenfinch and a pair of Grey Herons have built a nest only three feet from the water surface in a fallen tree at the pond field. Not even a usual nesting tree either. I hope it is successful. 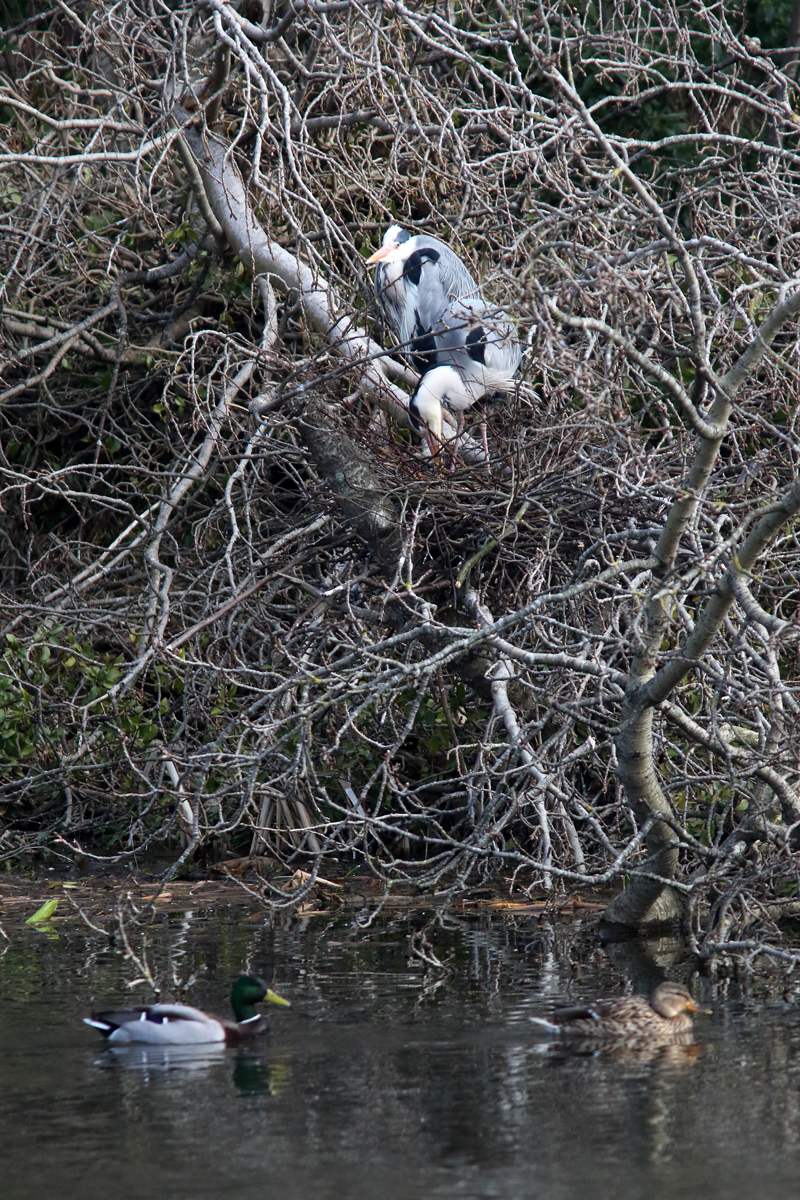 Today was a fine day. Working from home gave me a chance to have a couple of walks out early and lunchtime with Peggy. The Raven was in good voice, 2 Grey Partridges, 2 Yellowhammers a singing Goldcrest on the coast, a singing Redwing in the village and a large total, for here, of 6 Magpies together in the back field.

Away from birds, a few Buff tailed Bumblers and the years first Tree Bumblebee  were near the Hall car park with the first Marsh Marigolds, Lungworts, White Butterbur, Ivy leaved Speedwell and Primrose in flower.