Its taken a little while to get over the excitement of this weekend's birding up here. What a spell Northumberland is having this past week, with good birds galore descending on the county like flies on the proverbial.

On Friday there were 2 Rose-coloured Starlings, one at 25 miles either side of me that I didn't go for as I'm sticking it out for one locally. My fat ball feeders are well stocked and waiting... also Mike Carr was working at the burn mouth near our village when he had a Bee-eater fly over north. Unfortunately it didn't stop for breath and bypassed me at home. Its another one to watch out for.

Down the coast at East Chev, Dave Elliott had two good mornings, on the first he found a female Woodchat at Hadston Dunes, then next day a singing Great Reed Warbler at Chev south pool reedbeds. The shrike was only present until 9am then vanished as silently as it arrived, though the warbler is still present. Interestingly another, this time male, Woodchat was found yesterday up the coast from us at Goswick golf course. Two in a year in Northumberland is unprecedented.

However great these bird are both in looks and to find, the grand finale was down to Alan Curry on the less than salubrious River Blyth Estuary.

On Saturday evening around 8.30pm just as most birders are cracking open a bottle or tinnie, Alan was grilling the handful of Ringed Plovers on the mud when, alongside a Little Stint for field guide comparison he found the UK's 8th recorded, 7th alive, Red-necked Stint!

For us old timers, we were lucky enough to see the Wansbeck bird of 95 and we never thought there would be a second chance at one in the county. We are now the only UK county to have more than one record of this cracking little peep with both sightings only 3 miles apart.

Like the Aug 95 bird, this one was in full summer plumage  and as there have been no British records for a decade it was going to attract some attention. One birder on Twitter, tweeted by 9pm, 'I'm on my way, from Somerset!' Being cool after one sighting 26 years ago and seeing hundreds in China, I kept my powder dry until Sunday morning before following the masses.

I met up with John at Boulmer at 6am, sifted through 70 or so Starlings on the shore looking for a whole lotta Rosie, without luck, then we headed down the A189 to Blyth. A moderate number of travellers were on site from dawn and the bird was showing out on the flats albeit quite distantly, but giving decent scope views. 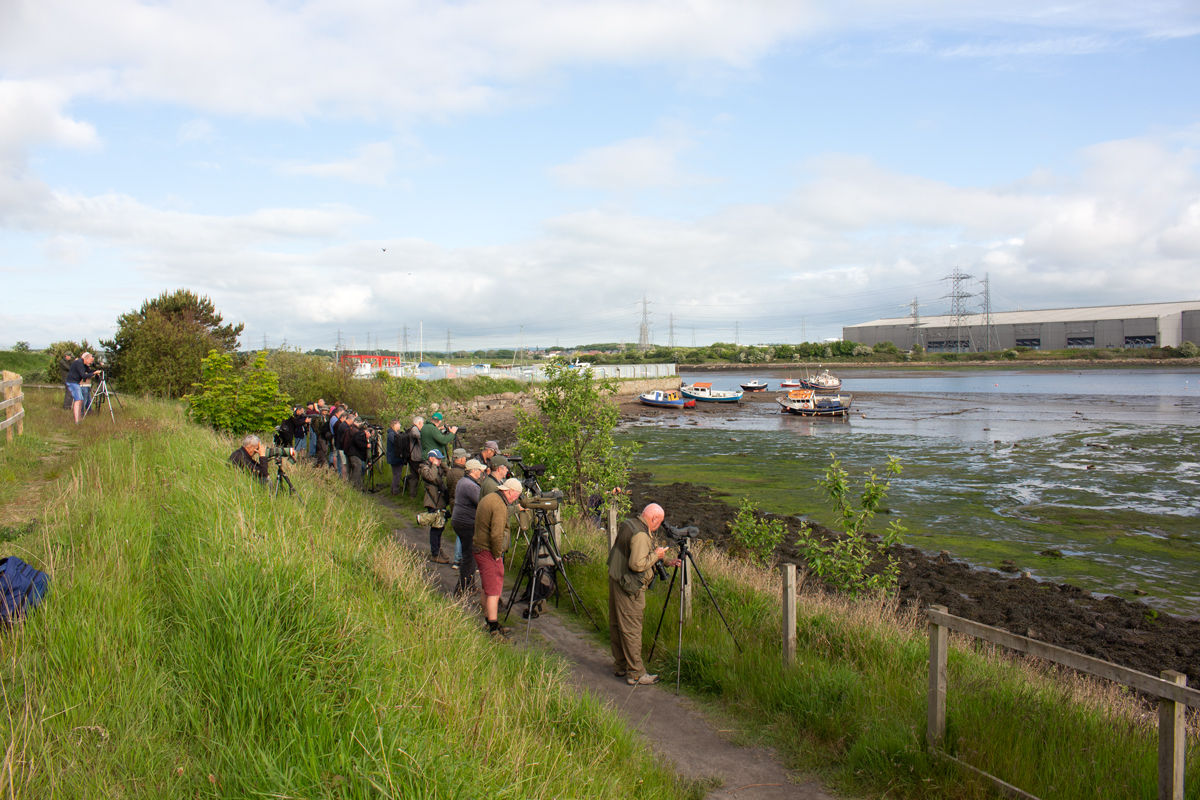 We left the site happy with our views, totally unaware of how things would pan out later as the tide rose...

Our next stop was up at Chev for the Great Reed Warbler, on the way back home. Several people had difficulty with this bird, waiting hours for only a song, but we were there 10 minutes and out he popped, right on top of the phragmites, chugging, croaking and swaying at the same time, bending reeds double with his song thrush sized mega warbler bulk. Like the stint, this is only my second in Northumberland, though there have been a few other occurrences I didn't bother going for. Because I'm not a twitcher.

Then it was back up to civilisation at Boulmer, motivated by the success of others we cast around hoping for our own rarity but it was not to be. You can't have everything so it was time to call it a day and head home for lunch. A good day.

Back home I caught up with some sketches from memory and some dodgy phone scoped reference material when the Twittersphere started showing more stint images as the twitch increased apace. There are photos and there are photos but eventually some of the shots were practically unbelievable. The tide had pushed the bird onto a spit on the opposite shore. Birders, seeing an opportunity made the half hour jaunt across to the far side and were treated to spectacular views down to 20 feet!

Of the best images, Tom Tams, Alan Curry, Josh Jones all stand out but there were others too that made me feel quite jealous that I didn't linger. We all knew better views would be possible as the tide came in...

It seems most of the country made the pilgrimage north for this Siberian stint but as I write this today, it has flown off on its globe trotting travels to where, who knows.... 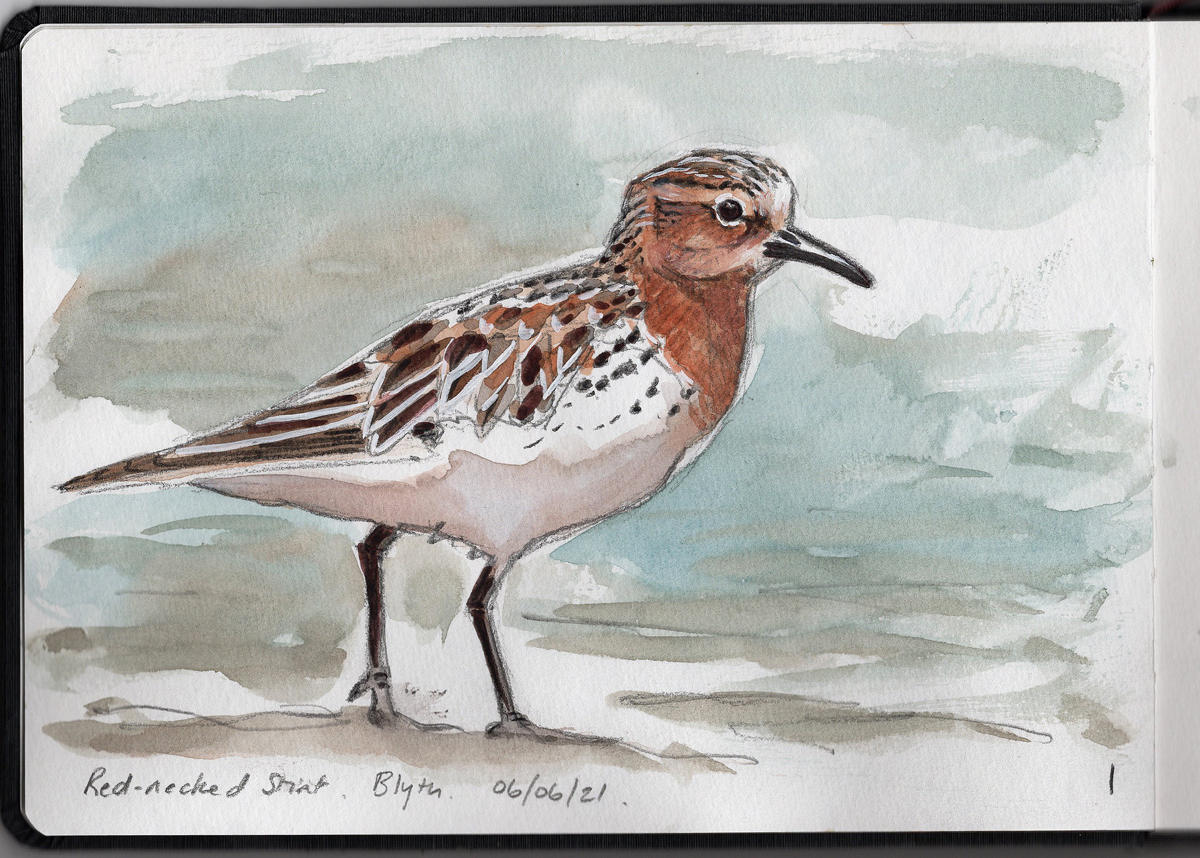