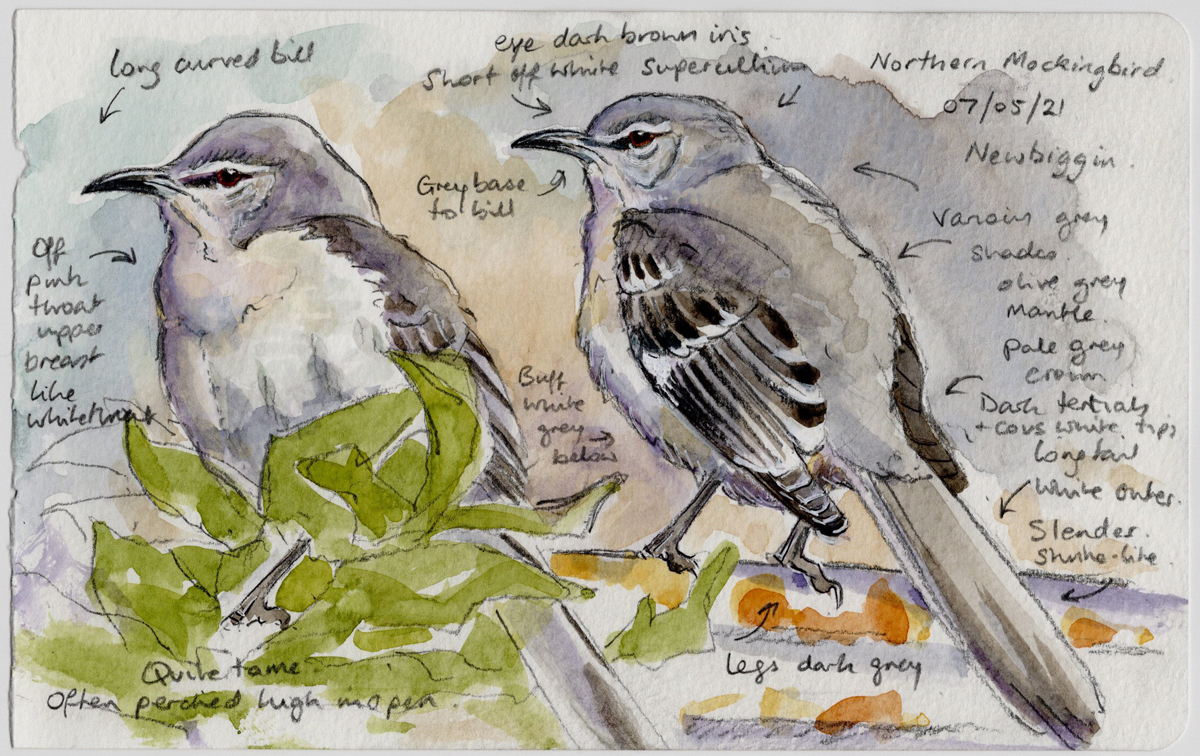 Some Northern Mockingbird notes from yesterday. The bird is still there today and attracting a steady flow of observers.

Its funny how a twitch can attract some odd fellows. The bigger the bird, the more they come out of the woodwork.

Yesterday evening I got a message on Twitter from a chap who I don't know but lives local. Not a birder like us, but with a bird interest and knowledge. He said 'At dusk the Mockingbird was taken by a Sparrowhawk, there'll be disappointed faces in the morning'.  I detected a tone of, pardon the pun, gloating mockery so I replied, 'That's life, it happens every day'. After all, I was in the lifeboat, Jack.

I found this strange as I know for a fact the bird was showing right until dusk and no one mentioned an attack. When the bird was reported first thing this morning I wondered what motivates someone to simply wish anxiety on people? What kind of human are they? Looking through this persons tweets you can see this wasn't an innocent mistake, he appeared a bit of a smart er clever clogs.

So as I say, I've never met this person so its no loss to me that they are now blocked.

At other twitches I've seen similar, usually from non birders who spout things like 'Had one of them in my garden last week' etc. God they irritate.

If you aren't interested, just shut your cake hole and let us get on with our business.

There are probably twats and jesters in all walks of natural history, but it's just SO prevalent in the twitching fraternity. I have no idea why this should be, I've never encountered it with the folks of entomology or botany (which are my other main interests in natural history) just birders. Particularly twitchers. Glad to be off the scene, I'd have lumped somebody by now if I was still twitching rares.

I chatted with two locals wondering what the hoohah was about, interested and pleased to see everyone there.

Gordon - Yes when i was there on Friday morning the locals were bemused and asking what was happening. I think they liked the buzz...