Birding, as we know, can throw us some unexpected curved balls at times but today really takes the biscuit.

Back in February at the height of lockdown, a Northern Mockingbird arrived in a garden in Exmouth in Devon. This slim, blackbird sized bundle of feathers will have been bred in the USA and by some miraculous feat of migration ended up on the other side of the pond in a palm tree in Devon.

As it was only the 3rd for Britain and the first to be actually twitchable, birders across the land were devastated that there were travel restrictions in place stopping them making the pilgrimage. Some disregarded the COVID rules and went anyway, resulting in on-line vilification by the more sedentary law abiding citizens of ornithology. Some twitchers were believed to have been fined for going, but felt that it was worthwhile to see such a rare bird. After all, they would have paid for a flight to Shetland if it had been there.

Then, at the beginning of April, typically as restrictions lifted, the Mockingbird left its Exmouth garden and vanished only for it to reappear as if by magic 150 miles east along the south coast at Pulborough in Sussex the very next day.

What chance refinding a small grey bird after its gone 150 miles in a night? Pretty slim I reckon. Anyway, it spent one day in a garden there, where birders, who didn't go to Devon, managed to catch up with it, but there was no trace the next day.

And there the trail goes cold, everyone assumed it had gone for good.

Until yesterday. A month, 400 miles and a massive fluke later.

A family in a small new build house in Newbiggin by the Sea saw an unusual bird in their garden. Wondering what it was, they sent a video to the Bird Guides Information services to find out. News was released that there was a Mockingbird somewhere in Newbiggin but the location was withheld.

Most of us were disbelievers, surely not...

After some super sleuthing and discussions with the resident, our friend Alan Tilmouth managed to negotiate access and permission to release news of the location.

So this morning, anxious birders were poised ready to go. At 11.20am the location was released and a Wacky Races style movement of camo clad, binocular wearing, camera toting fans descended on the town...to see this Yank who had turned up after a jaunt the length of the UK.

After such a wild card, you have to think... where next? 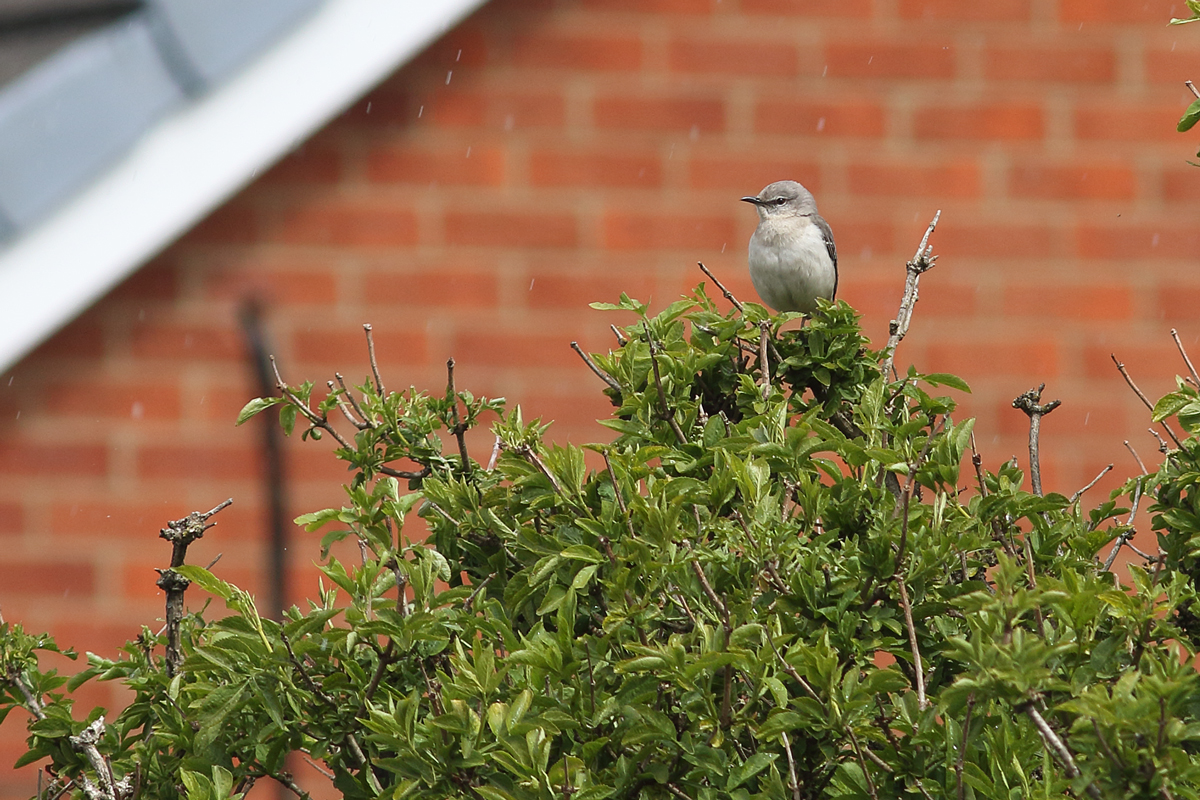 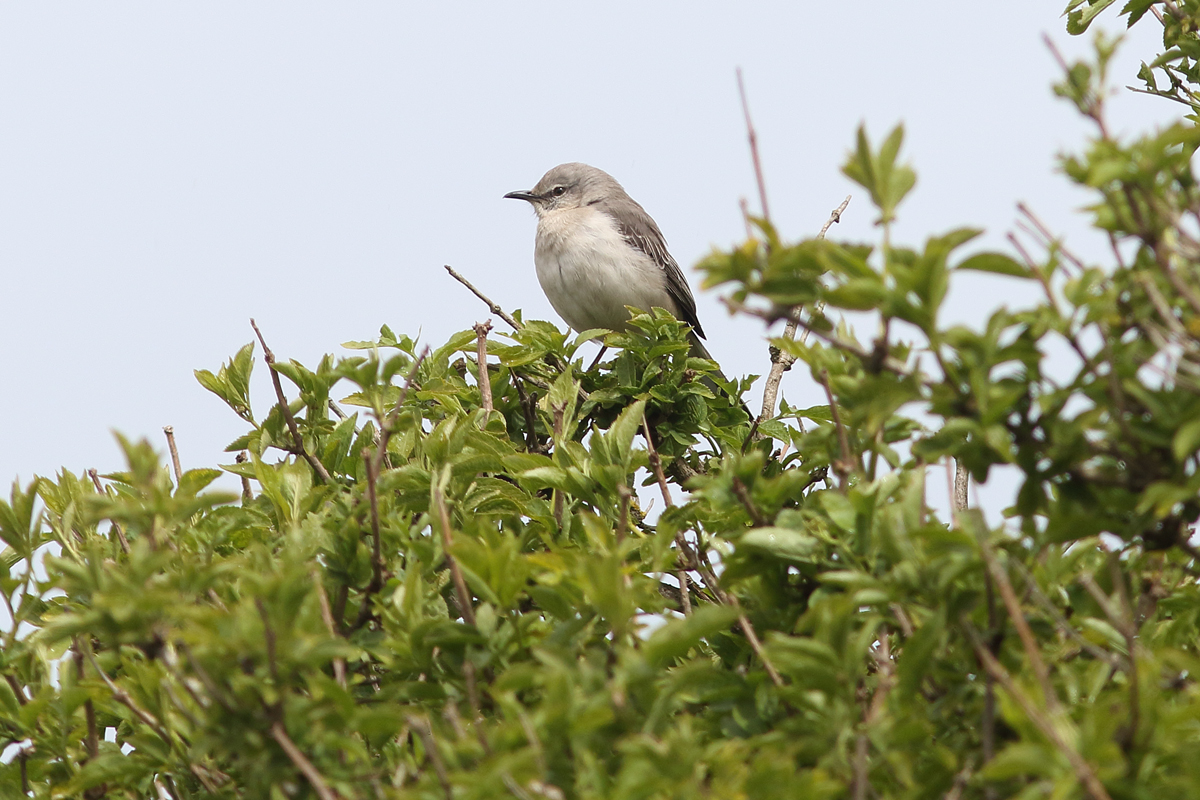 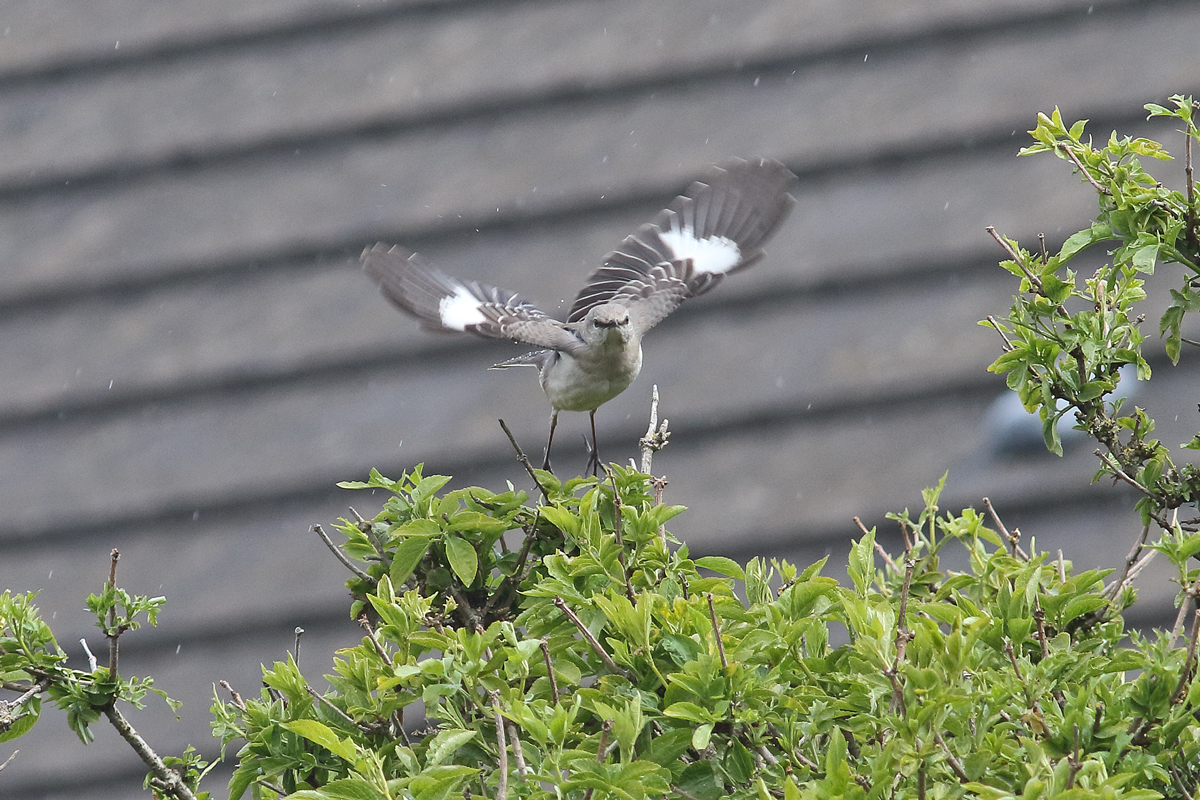 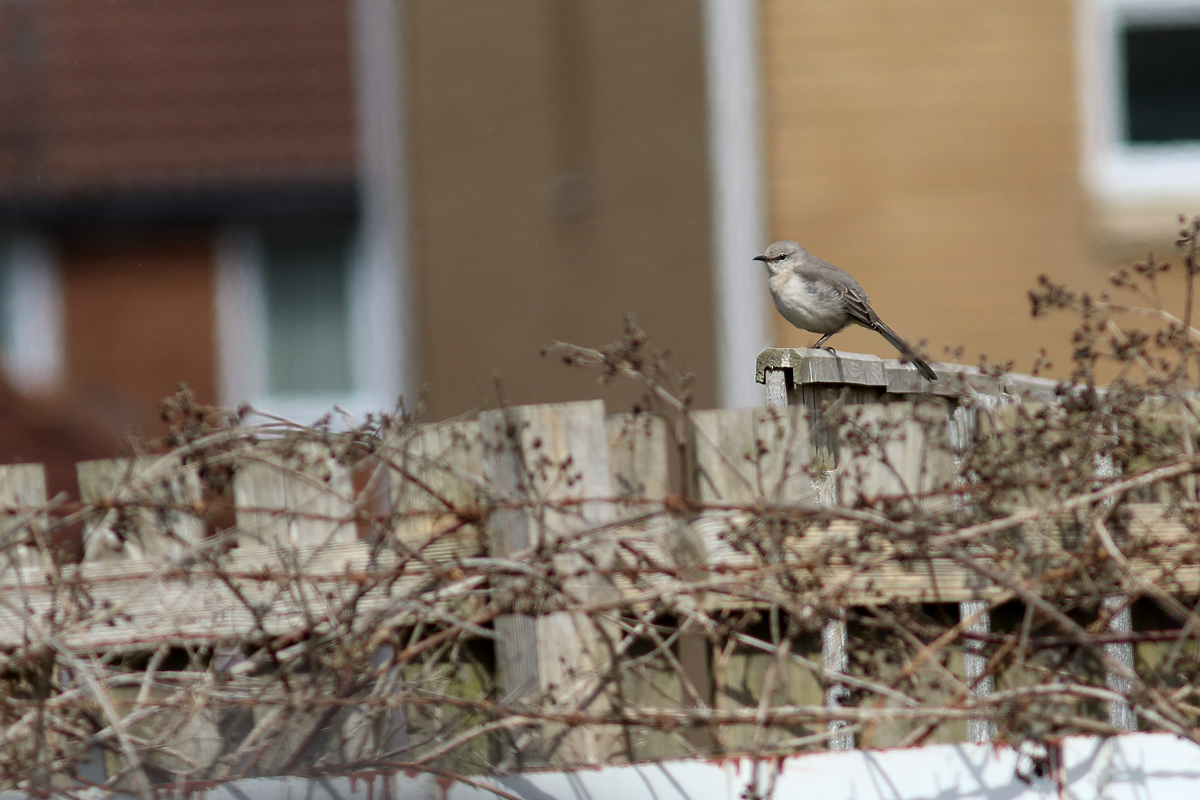 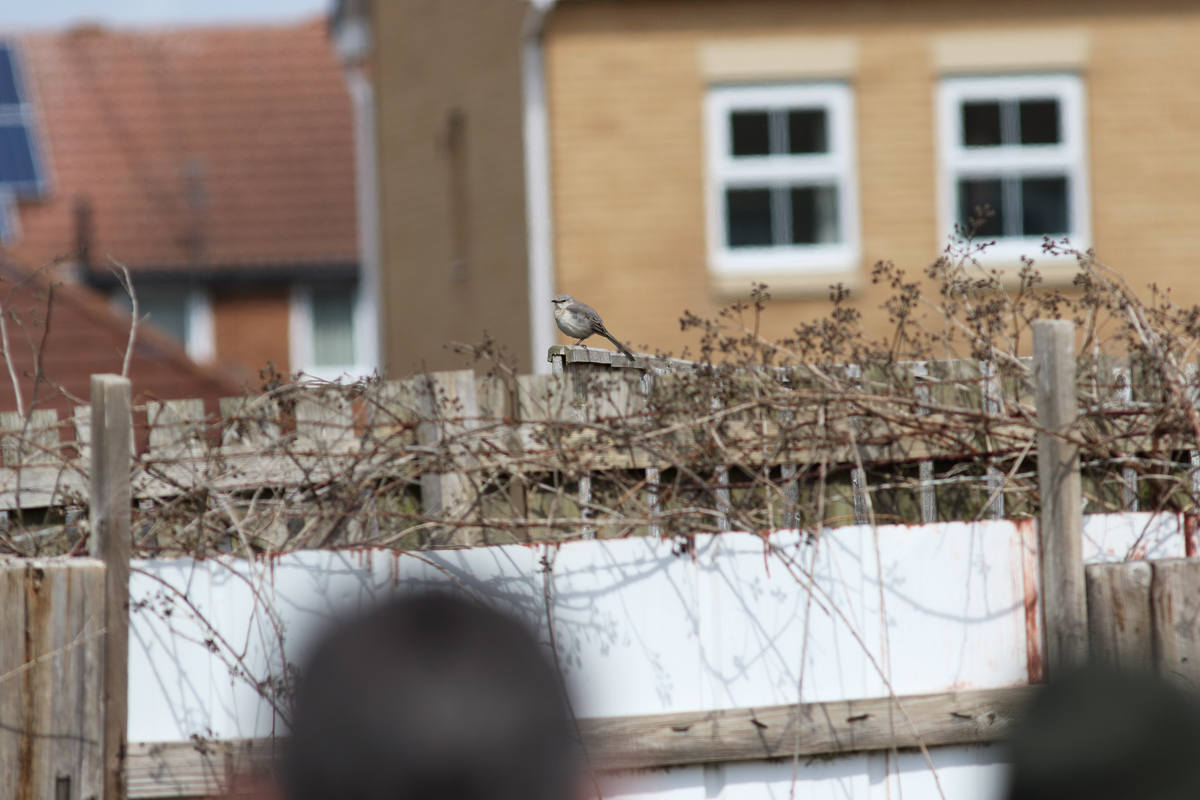 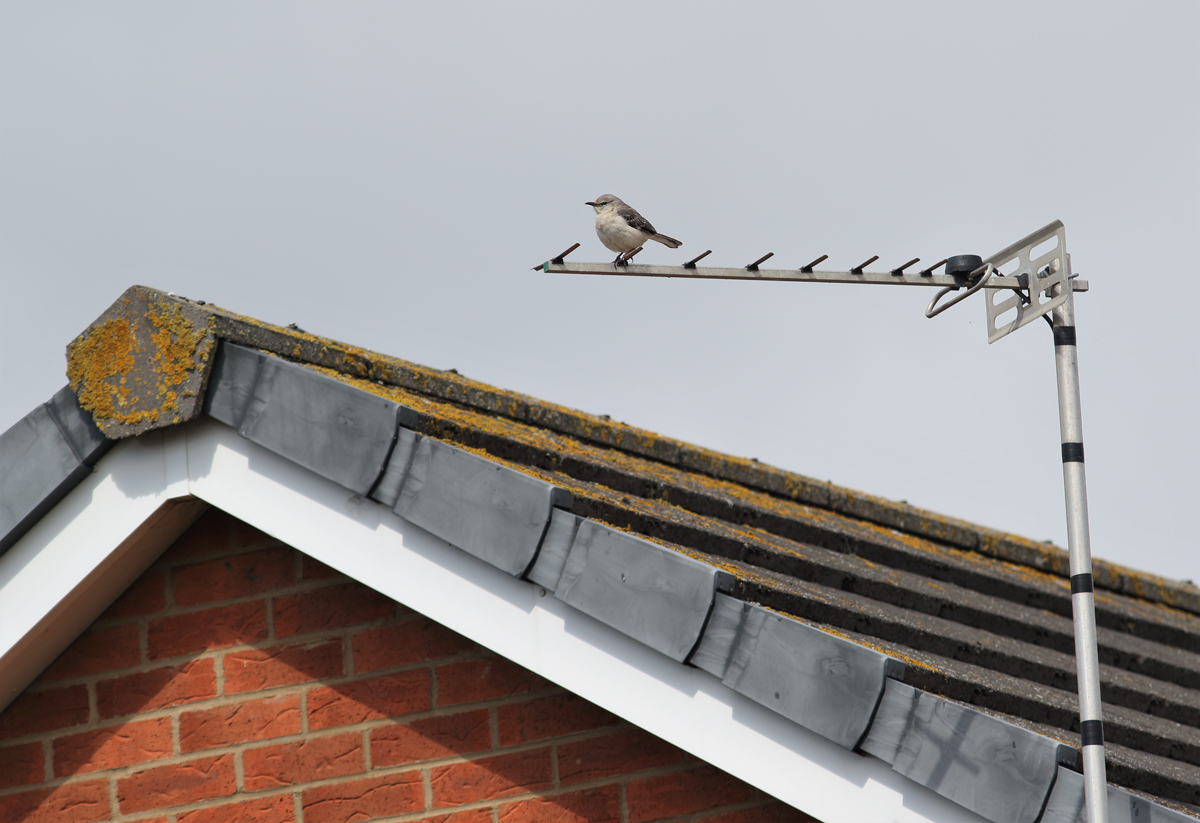 Great post Stewart, that first photo says it all - nice one!

I’m just waiting for it to move back south and appear in my garden... pleased for you Stewart!

Is it definitely the same bird as was in Exmouth?

Steve - What a fluke Steve, the unpredictable happens.

Unknown - Yes, it has one broken middle greater covert in the left wing when comparing photos from Devon and Newbiggin, they are identical.