As is usual in December, posts are getting thin on the ground. This is normally due to more time spent doing other, Christmas related, tasks. This year is a bit different in that there wont be any visiting or taking Jane to the train as she jaunts off with various friends groups for Christmas soirees or any such frivolities. This year my lack of midweek action is mainly due to the combination of a shortness of daylight along with a lack of much going on. So, before I start the main bit, here is a short round up of the midweek wildlife that has crossed my path.

Tuesday 15th. A lunch time walk with Peggy to the coast path was enlivened by a group of around 10 Bottle-nosed Dolphins in our cove. They were particularly acrobatic, and obviously feeling the Christmas spirit. There were one or two small calves with them that also jumped clear of the water with the adults a few times. Funny isn't it that Bottle-nosed Dolphin is a much more easily seen mammal on my patch than the Fox... While watching them, a Kingfisher flew in to fish on the rock edges. They do well here on the coast in winter when the streams are cloudy and in spate making fishing more difficult. They like the rockpools and gullies.

Wednesday 16th. The large female Sparrowhawk came and sat on her usual perch below the bird table. A Woodpigeon happened to wander along below her so she off after it and out of sight. At the same time, 2 Grey Partridges were in territorial dispute already in the field behind us.

Saturday 19th. Now on holiday for a full fortnight. I cant tell you how pleased I am. A walk down to the pond field was quiet but a female Kingfisher perched out in the tree at the back of the pond enjoying the brief, luke warm, sunny spell at the time. In the evening I was taking washing in off the line when I saw a Barn Owl pop out of my nest box in the wood beside us to a chorus of mobbing garden residents.

And that's about it really for mid week.

On Sunday, as usual this year, I met with John on my other local patch, at Boulmer.  At 07.50 the car park already had 13 cars in it while it was still dark. What is going on here I have no idea, we used to have it to ourselves in winter. A few of these cars were ladies indulging in some pre dawn wild swimming in the haven. Good luck with that.

On route here what I assume was the same Woodcock, was in exactly the same spot as last week, sitting on the road along the lane out of our village.

In order of appearance at Boulmer were, a Barn Owl hunting around the Herring Sheds cottage, 2 Stonechats just out of roost and a Little Egret hugged the shore as it flew north.

We headed south to Seaton Point for a change. A lot of Rock Pipits were on the shore including a high percentage of 'littoralis' types but there were no colour ringed birds. The tide was starting to drop so waders were gathering on the small patches of rock showing. There were 32 Grey Plover, 8 Knot, 100 Dunlin, 22 Sanderling, 25 Bar-tailed Godwit, 4 Purple Sandpipers along side good numbers of Redshank, Curlew and Turnstone. 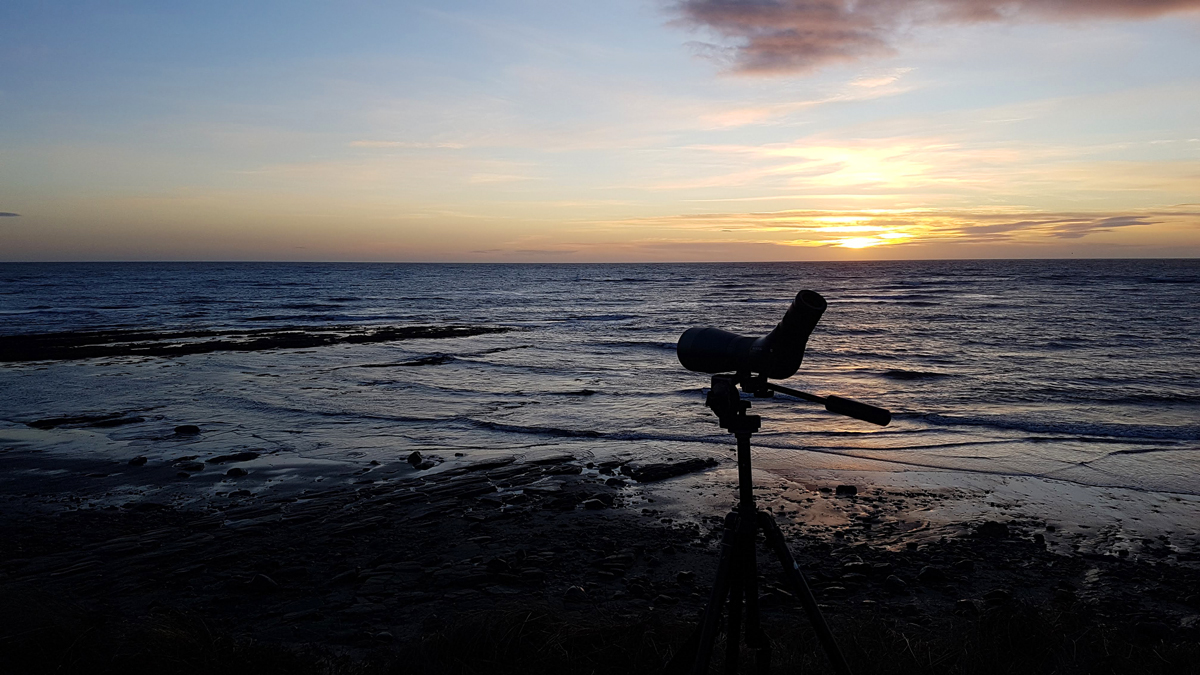 On the way back a scan of the sheltered waters of the haven is usually not very productive but today it was home to a fw Black throated Diver. It showed nicely in the sunshine but was a bit distant for photos.

Then it was time for home. Not a bad morning out with some nice wintry specialities. 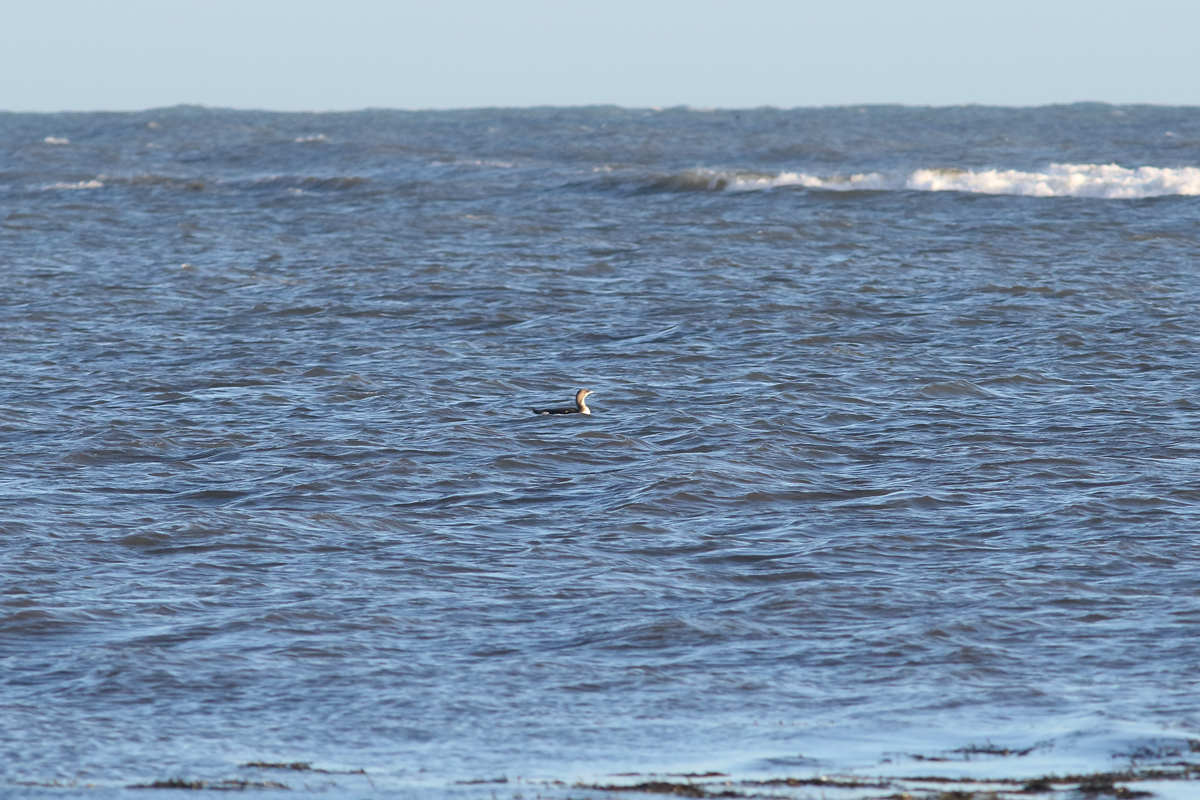 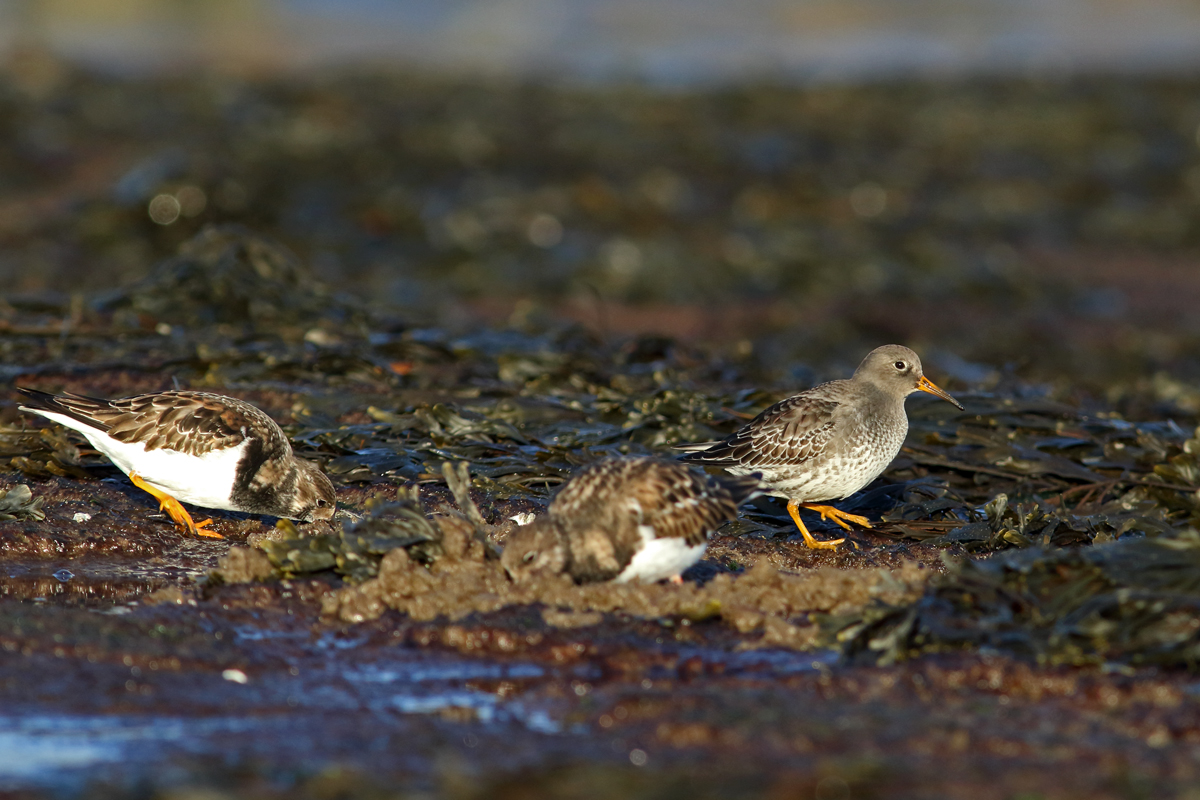 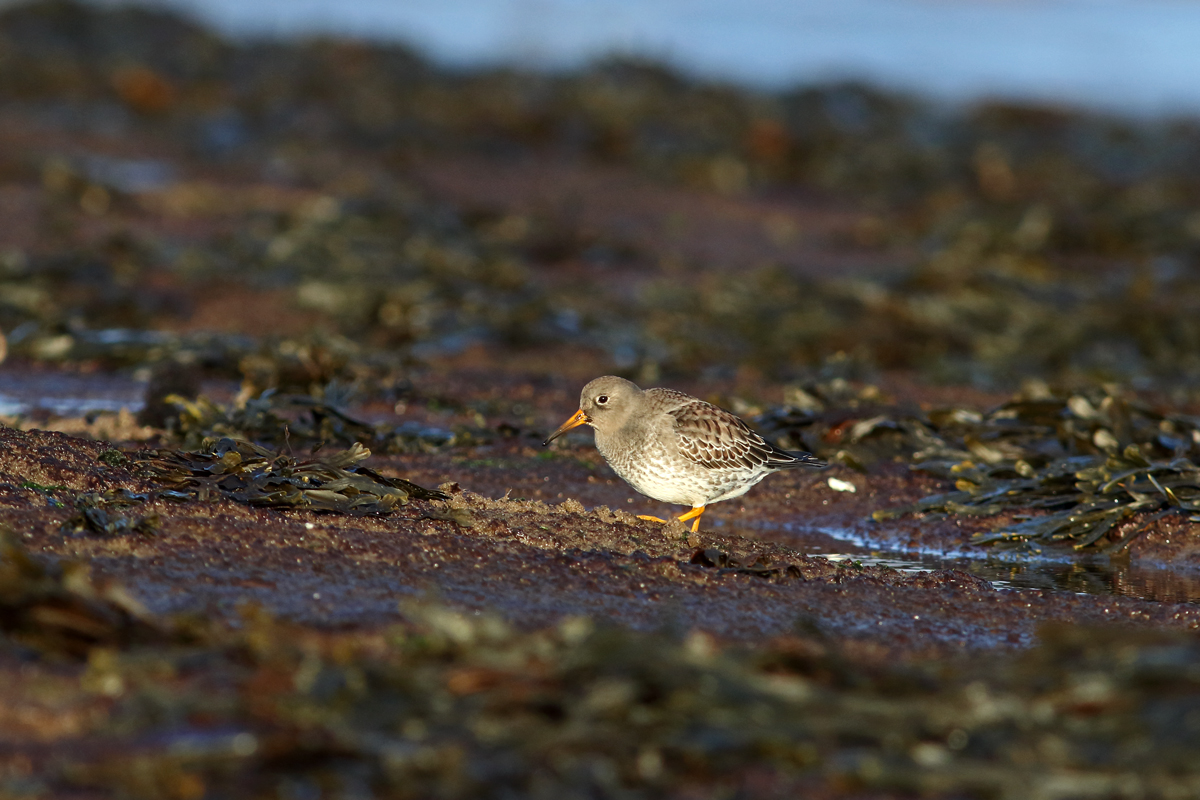 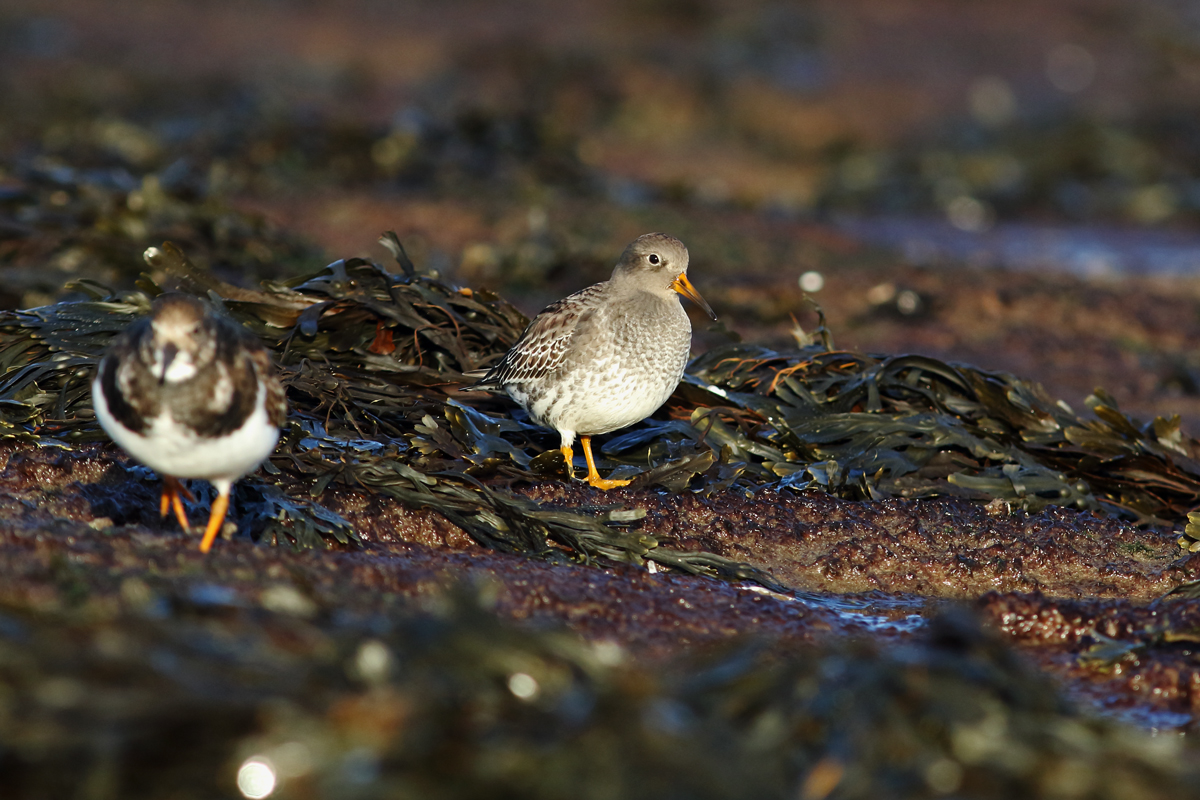